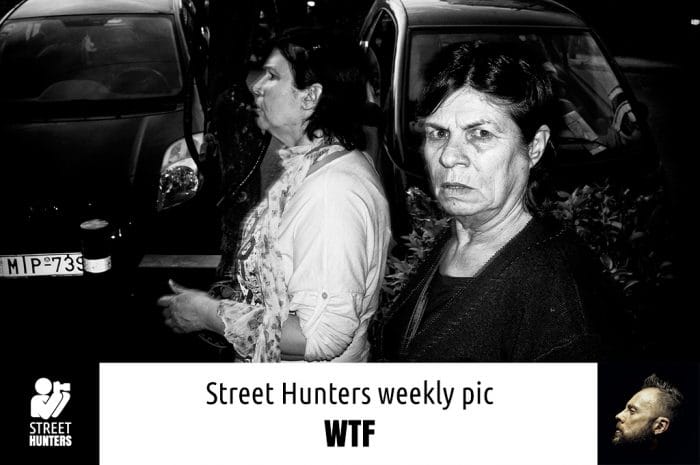 This is a photograph that has been shot with a Sony NEX-6 and a SEL20F28 lens, in Athens, Greece.

Everybody has a WTF moment in their life. Sometimes those moments come along more times than one would like them too. One day, a couple of years ago in Athens, I gave this lady in the photo a reason to have a WTF moment. I don’t know if it was her first one, or if she has had any more since then, but this WTF moment got captured in a photograph for ever. I think that makes it a special moment for her and for me.

END_OF_DOCUMENT_TOKEN_TO_BE_REPLACED 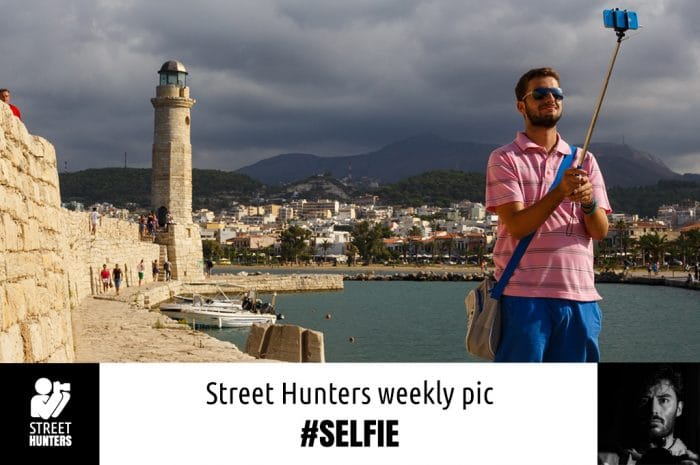 The summer of 2015 in Europe was the summer of the Selfie Stick. They were a regular sight in Greece over the last 6 months, and we found on our summer street hunts in London, Istanbul and Rome that you can hardly move for tourists wielding smartphones on sticks. The plague of the selfie stick has descended on all the major cities and travel destinations, and for the time being at least, it looks like it’s here to stay. For the uninitiated, a ‘selfie stick’ is a collapsible metal pole with a clamp that attaches to a smartphone. It allows the owner to hold their phone out at length and take a self portrait (‘selfie’) in front of a famous landmark or view. I cannot believe how widespread the selfie stick has become. At any tourism hotspot you’re bound to see masses of people all clutching these sticks and smiling into their smartphones. To see so many different people all behaving in the same way is a really weird sight, it’s something from a twisted dystopia, or even a cult!

END_OF_DOCUMENT_TOKEN_TO_BE_REPLACED 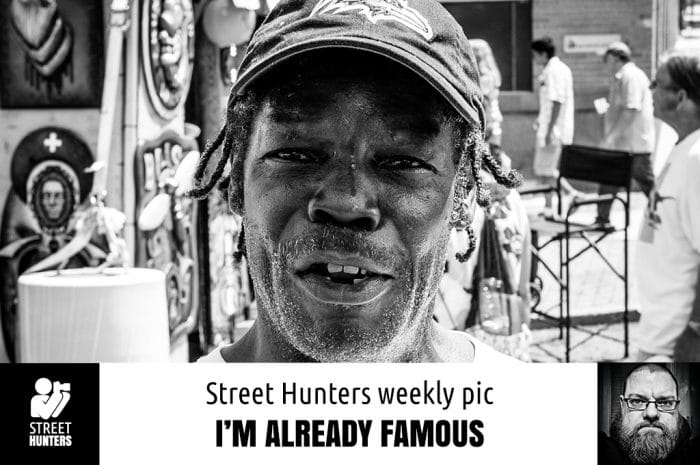 I take advantage of these meetings when I see character in faces that I may have missed before the interaction. I love capturing detail in faces that tell a story. And sometimes, I just use these exchanges to practice or to get me jump started on the occasional slow start while on a street hunt. More than once, I’ve attempted to get my mojo working by asking for a photograph.

END_OF_DOCUMENT_TOKEN_TO_BE_REPLACED 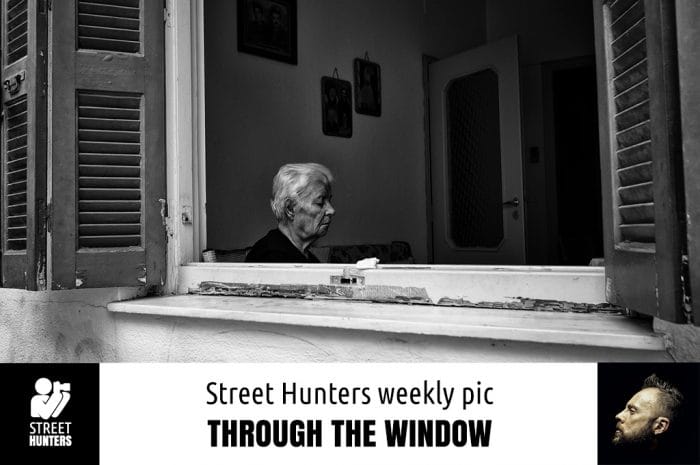 This is a photograph that has been shot with a Sony NEX-6 and a SEL20F28 lens, in Rethymno, Crete, Greece.

Last year my German friend and fellow Street Hunter, Klaus Scherer, visited my little home town of Rethymno and together we took quite a few photo walks in search of good street photos. It was the summer of 2014 and back then I was constantly looking for new material for my ongoing project “Life Through a Window”. As you can tell by the title of the project, it is all about capturing slices of life as they unfold behind windows. I was obsessed with shooting people through any kind of window and whenever I saw an opportunity to add a new photo to my project I would pounce on it like a wild cat.

END_OF_DOCUMENT_TOKEN_TO_BE_REPLACED 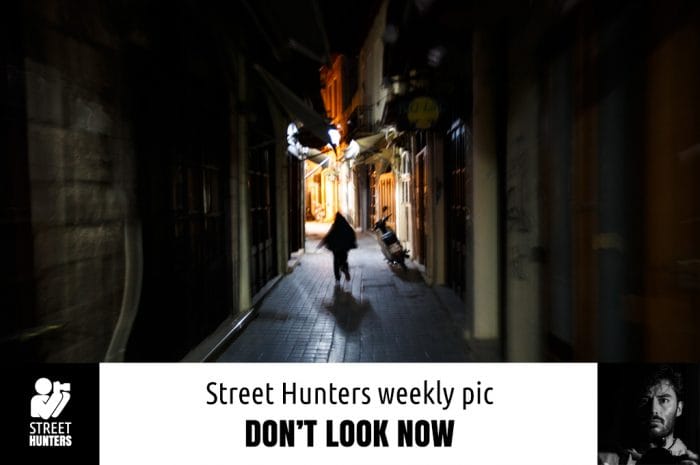 More often than not, experimental shots are just that. A nice interesting experiment by not something worthy of sharing with the wider world. That’s certainly mostly the case with me. It’s almost never the case that I take an ‘experimental’ shot and like the result first time. I tend to have to refine the shot a few times to get something I like, and each time I do so it becomes a little less impulsive and ‘street’ and more and more ‘art’ style. Every now and then though, a risky experimental shot will produce a result first time. This photo is an example of one for me.

END_OF_DOCUMENT_TOKEN_TO_BE_REPLACED 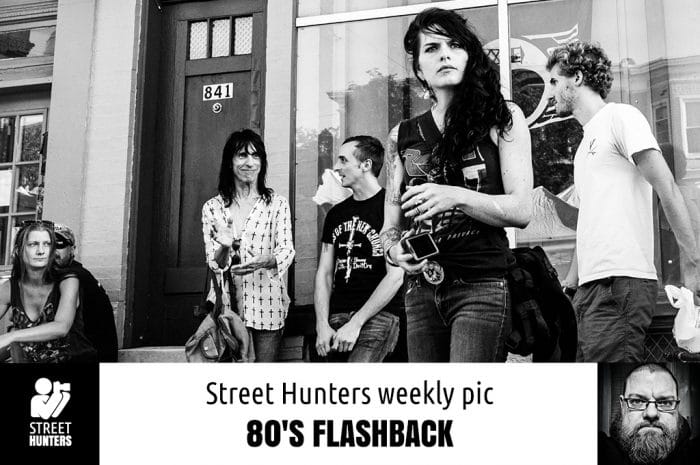 The Ricoh GR is a beast of a camera in a small and almost anonymous package. I could rave on about the greatness of this little powerhouse, but my partner in crime, Spyros has pretty much covered it here. I’m still unlocking the joys of using this camera, and I’ve not been disappointed in it at all. In fact, it continues to impress. But, I’ve never taken it out alone on Street Hunts. What I mean is that I’ve always had my beloved Sony NEX6 with me. Ridiculous as it may sound, the NEX was my safety net. I had grown so familiar and comfortable with it, that I felt it necessary to have the Sony tag along. Absurd. In retrospect, I think I had some sort of strange separation anxiety! And it was like I didn’t trust myself with the Ricoh. Also, the GR is so small, that it fitted into the bag with my NEX. So, everybody came along for the ride. And I had options. With the few different lenses I have for the NEX, and the wider focal length of the GR, I could take on any shooting situation on the street.

END_OF_DOCUMENT_TOKEN_TO_BE_REPLACED 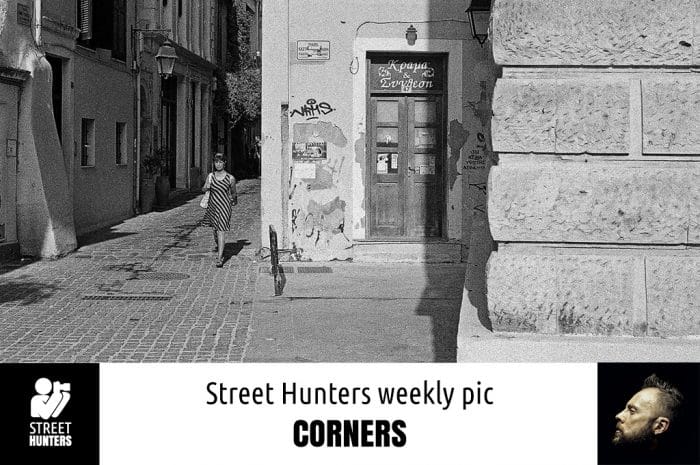 This is a photograph that has been shot with a Yashica Electro 35 GTN with Ilford HP5 400 film, in Rethymno, Crete, Greece.

I made this shot during the time I was obsessed with film, about 1 year and a couple of months ago. As I have mentioned many times in the past, film relaxes me. It slows me down and makes me focus more on the photograph I want to make. I have talked about this with other Street Photographers and most of them feel the same way.

END_OF_DOCUMENT_TOKEN_TO_BE_REPLACED 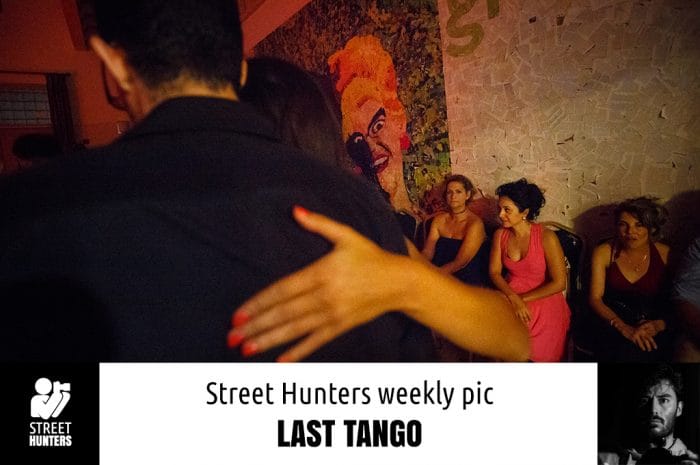 I think the best thing about street photography is that it is unpredictable. When you head out onto the streets with your camera in your hand (or round your neck) you never know what will happen. You might be confronted with the most amazing street scene you’ve ever seen within moments of stepping out of your door and be able to start snapping away, or you might pound the streets for hours and not see a single thing or make a single photo. I know the latter is more often than not the case for me! Even if you don’t manage to get any photos, street photography is great because it gets you out there, in amongst it all, surrounded by and witnessing humanity and life in its many varied forms on the streets. If you choose to make street photography your vocation you are able to see and experience things that you just wouldn’t otherwise come across sat at home online or watching tv.

END_OF_DOCUMENT_TOKEN_TO_BE_REPLACED 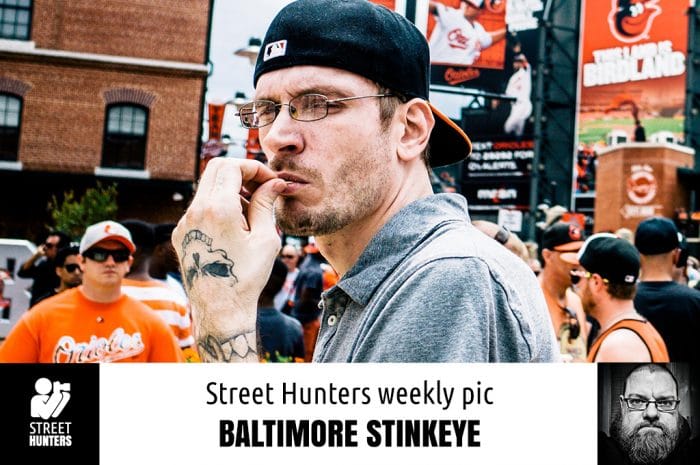 Sporting events would appear to be a potential goldmine for Street Hunting. Obviously, one factor that makes them great is that there is so many people there. For example, the venue where I took this shot is Camden Yards in Baltimore, home of Major League Baseball’s Baltimore Orioles and it boasts a capacity of almost 46,000 people. Even on a slow day, say with only one-third of that amount of people attending, that’s a lot of humans, and potential subjects, concentrated in one spot. Also, all those people are funneling into just a few entrances, usually just two or three. One would think that setting up camp or walking about one of the entrances would be akin to shooting fish in a barrel. However, it’s not as easy as it seems. Being that most of the folks attending are there to support a “local” team, they’re wearing the team’s colors. They’re sporting replica jerseys and caps. Essentially, a lot of the folks look the same! So, even though there’s a large quantity of people, it takes a keen eye to pick out memorable subjects, expressions or gestures in a sea of like-looking people.

END_OF_DOCUMENT_TOKEN_TO_BE_REPLACED 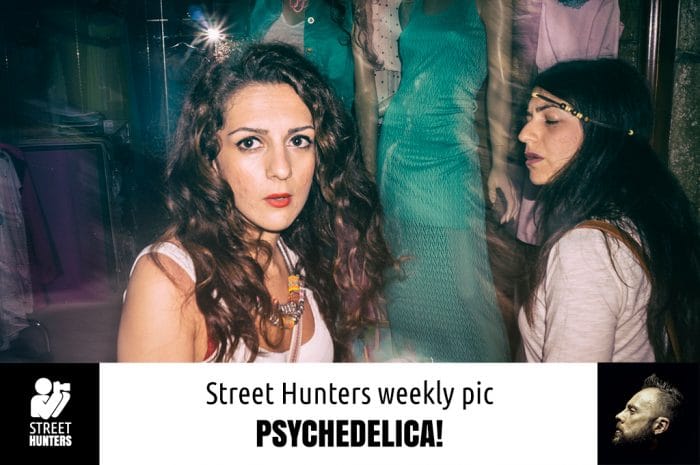 This is a photograph that has been shot with a SONY NEX-6 with the SEL20F28 lens, in Rethymno, Crete, Greece.

In the summer of 2014 I did a really cool photo gig for a theatre. It was the first time I had ever done anything like that and I enjoyed the experience immensely. It really helped me unleash my creativity in a way similar to Street Photography but not exactly like it. What do I mean? Well Theatre photography is like shooting in the streets, especially if you have never watched the show before, but it is without the stress of photographing strangers. Composition opportunities are the same, in a more controlled environment, but with the unpredictability of the human behaviour, expressions, movements. Even though there are similarities with Street Photography it is more relaxing and feels a bit different. But hey, you must be thinking why am I rambling on about Theatre Photography on a Street Photography blog! This is why.