This is a photograph that has been shot with a Sony NEX-6 and a SEL20F28 lens, in Athens, Greece.

Everybody has a WTF moment in their life. Sometimes those moments come along more times than one would like them too. One day, a couple of years ago in Athens, I gave this lady in the photo a reason to have a WTF moment. I don’t know if it was her first one, or if she has had any more since then, but this WTF moment got captured in a photograph for ever. I think that makes it a special moment for her and for me.

But what is the story behind this photograph? How did I happen to capture this scene? It is quite funny actually and it proves that a street photo can be shot anytime and anywhere. I was in Athens with my wife and we were meeting with John, my best mate and best man in his favourite bar. We enjoy socialising, having a couple of beers, cracking a few jokes and having fun and when we are with John, we usually spend long hours talking and enjoying each other’s company. Back then I used to own a Sony NEX-6. This fine camera has since passed on to my wife who is enjoying it a lot. She is a Landscape photographer and has been using the little Sony in a totally different way to the way I did. On the day I shot this photo I had the camera in hand, as always, and I was snapping away, photographing happy moments, moments to remember for ever. But I also felt the need to hit the streets at the same time. This happens to me when I am having a nice time. I suddenly want to get out and start shooting until I get a shot that gives me some satisfaction and then I can relax. I was about to tell the others that I needed to hit the streets when I thought I would just walk to the bar window and take a look outside. I had my camera ready, the little flip flash popped up, flash sync set to rear curtain, and I had my finger on the shutter release. As I approached the window this lady and what looked like her twin sister walked past. Our eyes met, she was startled by me approaching the window. The moment she looked at me, I fired a shot and captured her frozen puzzled look on my sensor. I got the feeling of satisfaction and I got the photo that I needed to shoot, so I just went back to the guys and continued enjoying my evening! 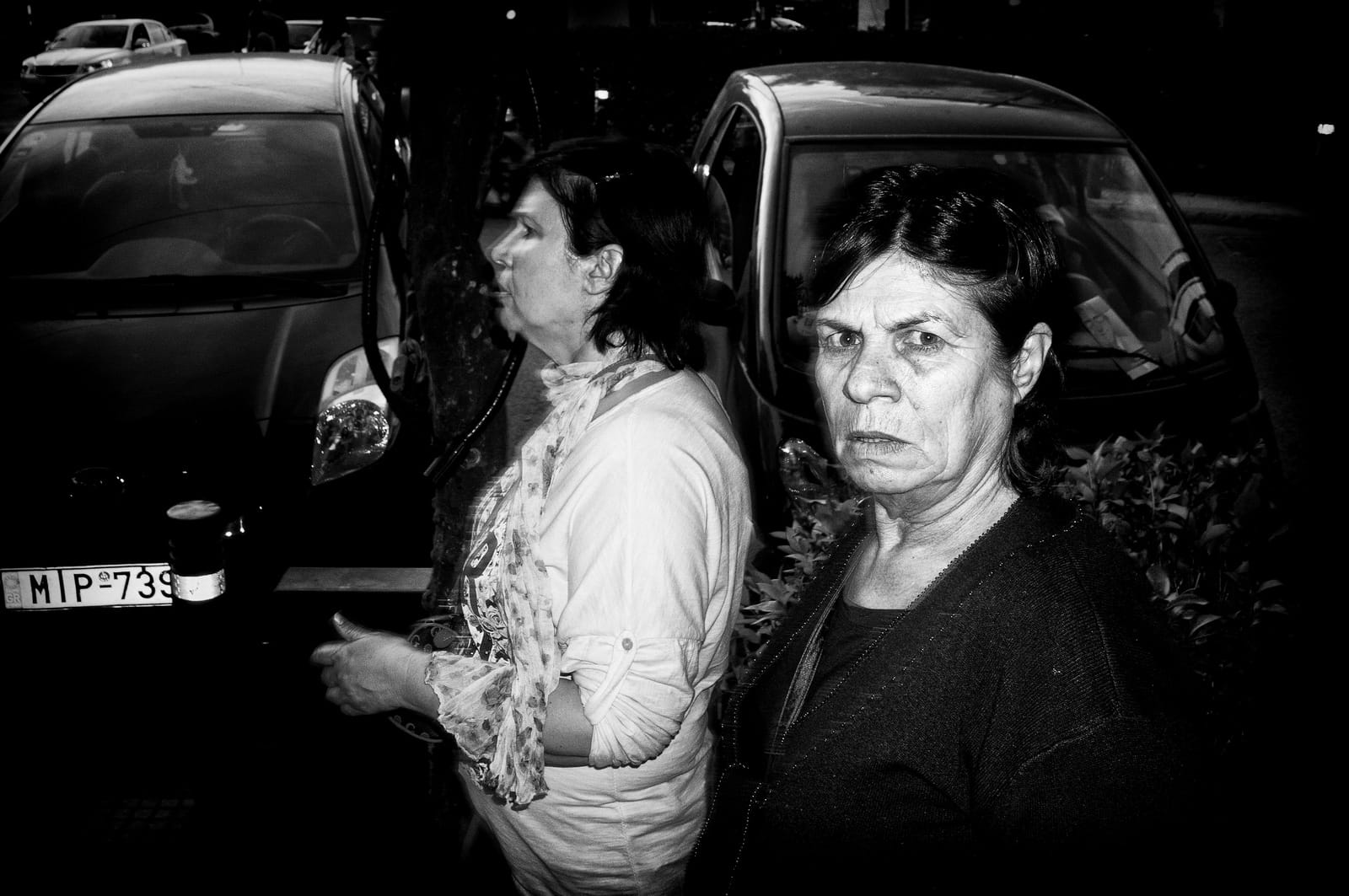