Sporting events would appear to be a potential goldmine for Street Hunting. Obviously, one factor that makes them great is that there is so many people there. For example, the venue where I took this shot is Camden Yards in Baltimore, home of Major League Baseball’s Baltimore Orioles and it boasts a capacity of almost 46,000 people. Even on a slow day, say with only one-third of that amount of people attending, that’s a lot of humans, and potential subjects, concentrated in one spot. Also, all those people are funneling into just a few entrances, usually just two or three. One would think that setting up camp or walking about one of the entrances would be akin to shooting fish in a barrel. However, it’s not as easy as it seems. Being that most of the folks attending are there to support a “local” team, they’re wearing the team’s colors. They’re sporting replica jerseys and caps. Essentially, a lot of the folks look the same! So, even though there’s a large quantity of people, it takes a keen eye to pick out memorable subjects, expressions or gestures in a sea of like-looking people.

On this day, a few months ago, I wasn’t having much luck seeing. Everyone was looking the same to me and my frustration seemed to be compounding. I was forcing shots, trying to make something out of nothing. Then I thought to narrow my focus. I decided to focus on hands. I moved closer towards the one main gate and began looking specifically for hands in action. Making gestures. Perhaps making a transaction with a street vendor. Something! Something so I didn’t go home completely frustrated. Then I spotted this fellow’s tattooed hand! The skull jumped right out at me! I began tracking his hand as he approached. As he raised it to his mouth to grab the toothpick, I took the shot as he grabbed the pick and captured what was the dirtiest look I ever got from a subject! I’ve known this look as the “stinkeye”. He must have spotted me a stride or two earlier as he approached and was clearly suspicious of me training the camera on him. As dirty as that look was, it made the shot for me. 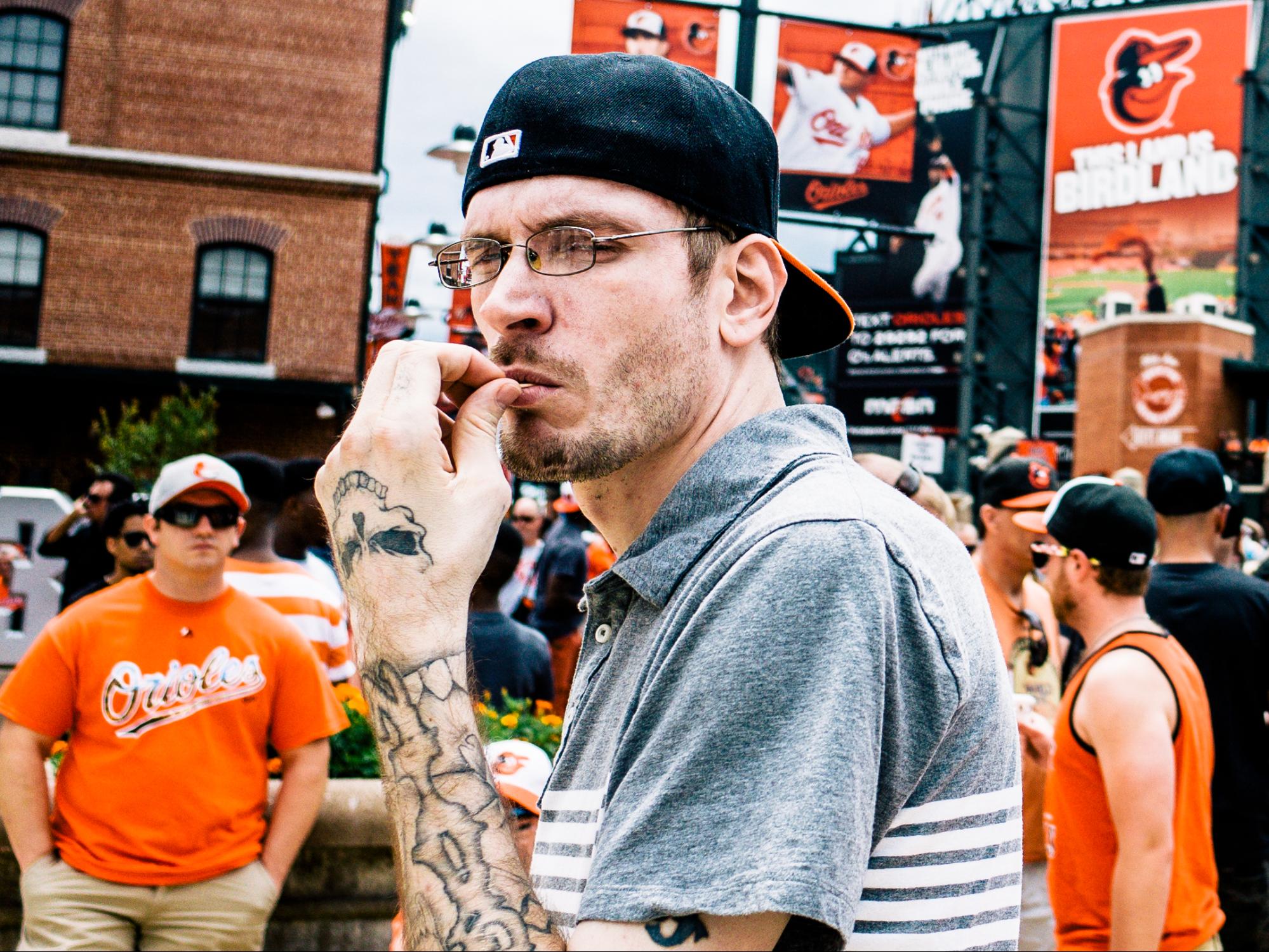