I take advantage of these meetings when I see character in faces that I may have missed before the interaction. I love capturing detail in faces that tell a story. And sometimes, I just use these exchanges to practice or to get me jump started on the occasional slow start while on a street hunt. More than once, I’ve attempted to get my mojo working by asking for a photograph.

This particular portrait was the result of a transaction. July of this year… Mount Royal neighborhood in Baltimore. Blazing hot. I believe the thermometer was north of 90 degrees Fahrenheit and the heat index over 100. Drenched and exhausted, I had just finished the street hunt I was on and was making my way back to the car when I crossed paths with this gentleman. He was selling bottled water out of a rolling plastic cooler. I bought two bottles and began greedily drinking one on the spot, making small talk with the fellow about the weather and the local sports teams. Then, as I cooled down, the photographer in me woke out of my overheated daze. I realized that not only was this guy friendly and very cool, but he had a great face. I pulled the Ricoh GR back out and asked him if I could take his picture.

“What, are you going to make me famous?” he asked, laughing. I also started laughing as I framed him up. “Who knows, man,” I said. “Maybe!”

“Go ahead, man” he said. “But I’m already famous.” I snapped as a bead of sweat ran down his nose. I said thanks and asked his name. He just said, “got to get to work,” grabbed his cooler and walked off. 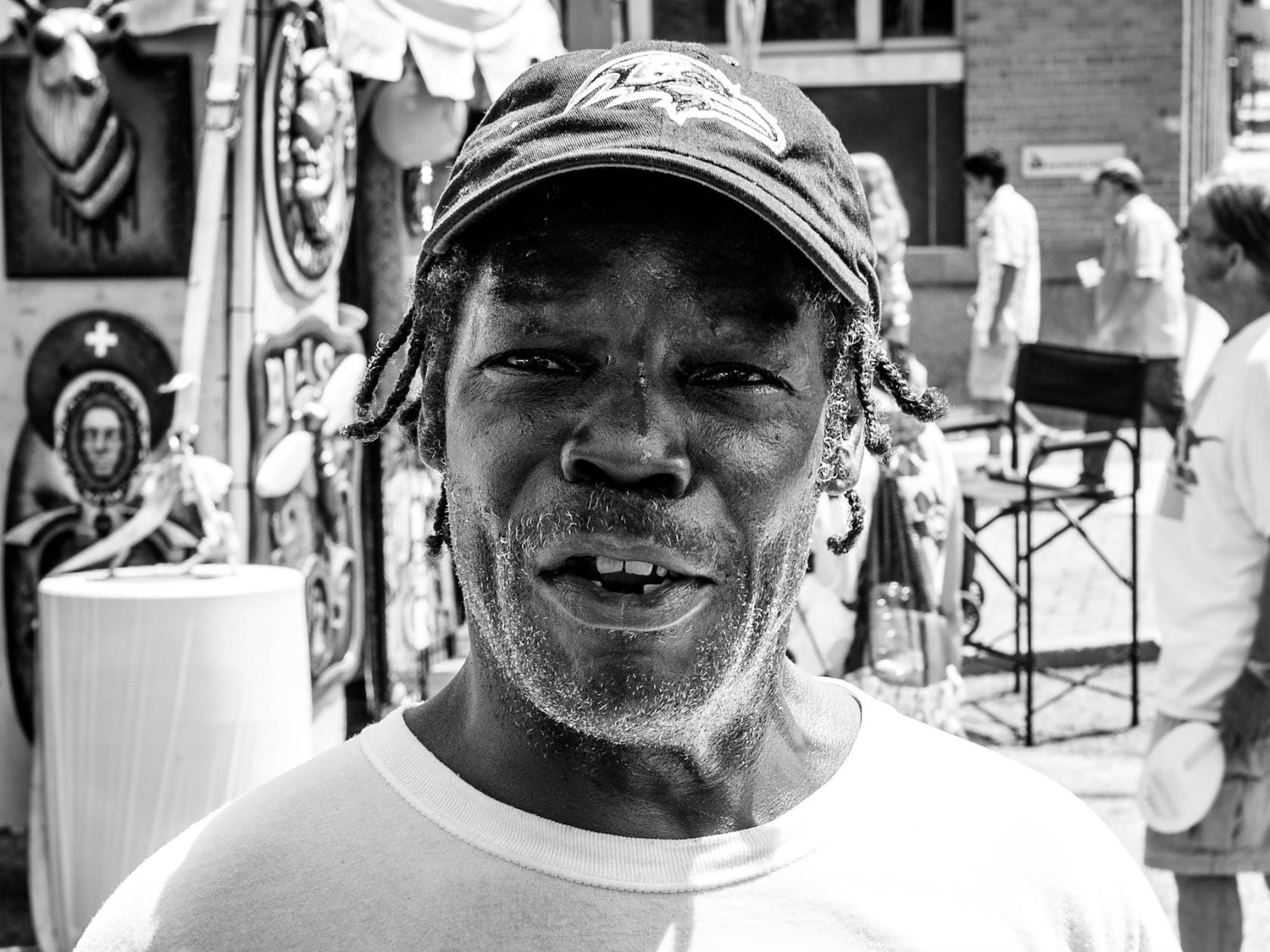