More often than not, experimental shots are just that. A nice interesting experiment by not something worthy of sharing with the wider world. That’s certainly mostly the case with me. It’s almost never the case that I take an ‘experimental’ shot and like the result first time. I tend to have to refine the shot a few times to get something I like, and each time I do so it becomes a little less impulsive and ‘street’ and more and more ‘art’ style. Every now and then though, a risky experimental shot will produce a result first time. This photo is an example of one for me.

I remember when I took this shot I was standing on a narrow cobbled street in Rethymno Old Town that links the town’s main shopping street to the area of the town with the old town square and several restaurants. The street is fairly narrow and slightly winding, and during the daytime is filled with small shops selling all manner of different tourist souvenirs. By late evening, and in stark contrast to the rest of the town at night, this street is fairly deserted, dark and a little eerie. On the evening I took this photo I was at the top of the street facing away from the alley and looking up into the bright shop windows in the other parts of town. I was talking to a friend, and they suddenly pointed out a child that had just started running down the alley with a coat over its head. The hood of the coat was on the child’s head, but the rest of the coat loose and flapping behind as the child ran past. It looked almost like a cape or something. I set off in hot pursuit to grab a photo. As the child was running so fast down the alley and I had a wide lens on my camera, I knew I’d never get close enough to get a shot with the child prominent in the frame. Also, with both me and the child running the chances of getting a steady shot in that light were minimal. So I spun my finger over the shutter speed dial on the top of the Canon several times to wind it down to 1/4 of a second, and zoomed the lens as I clicked the shutter to produce this zoom blur effect.

The sight of the kid with the jacket running down the dark alley was surreal enough, but the zoom blur in the shot made it even more mysterious. When I looked at the photo afterwards I started to think how the jacket was more like a cloak than a cape, and this combination with the darkened alley was like something from a horror story. Then I began to think about the horror film Don’t Look Now, made in 1973 and starring Donald Sutherland and Julie Christie. A recurring image in the movie is of a child in a red coat running through the dark and dingy streets of Venice. The more I looked at this shot, the more I was reminded of scenes from that movie – at several points in the film the main character even chases after the child but it eludes him – my shot had that feel too with the zoom blur and the child a faraway silhouette in the background. So my experiment paid off, and this has been one of my easiest shots to give a title to ever! 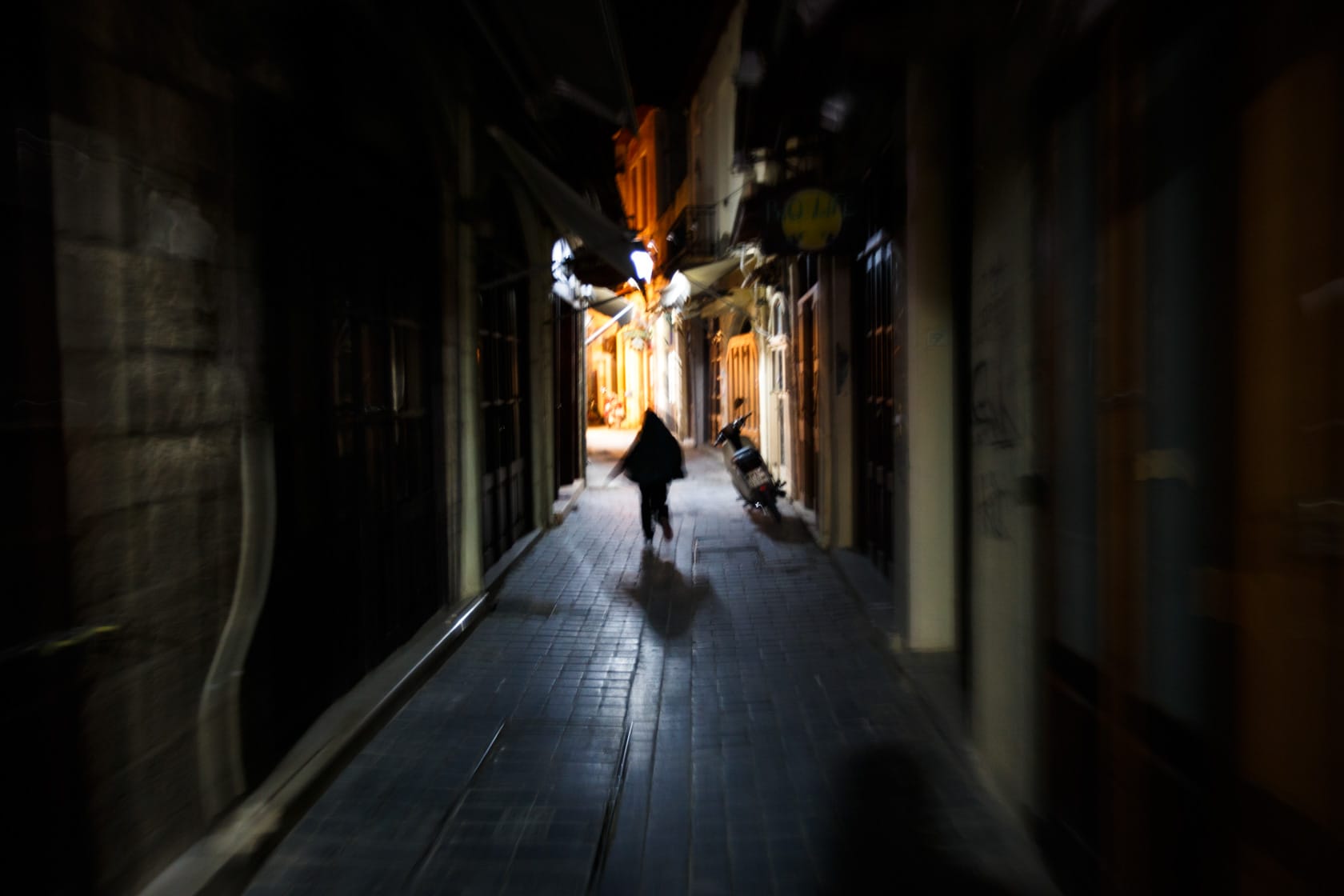