Home "How to" posts

NOTE: This is a Guest Blog post written by Lorenzo Grifantini exclusively for www.streethunters.net.

I took these pictures in different places around Italy—like the island of Salina in Sicily, Salento in Puglia, and Forte dei Marmi in Tuscany. I looked at people of all ages and social stations hoping to find that one common thread of surreal irony. In these difficult times for my country Italian summer is the season when Italians can express their lightness of being and their love for life. Also, as an Italian expat who has lived in London for more than ten years, I can finally see my cultural traits spread out on the beaches of Italy and that evokes strong childhood memories for me of the long happy summers I spent there.

END_OF_DOCUMENT_TOKEN_TO_BE_REPLACED

I’d like to write about a particularly important decision in a street photographer’s journey, and one that isn’t considered and covered enough I feel. It’s something that’s become more and more easier, and definitely more significant in the modern age, and with the all-encompassing encroachment of the internet into every aspect of our lives. I’m talking about the decision to ‘go public’ and put your work out there, and start to sell yourself as a street photographer.

END_OF_DOCUMENT_TOKEN_TO_BE_REPLACED

As you may or not know, I recently made the decision to swap my DSLR for a mirrorless camera for street photography. One of the huge benefits to using DSLR cameras for photographers – and particularly DSLRs manufactured by the ‘big hitters’ Canon and Nikon – is the massive ecosystem of supported accessories available for these cameras. DSLR technology has well and truly matured now, and the fact that DSLRs have been widely used in the professional sphere for well over a decade means that supported accessories for these cameras (and most importantly a flash system) are easy to come by. By contrast mirrorless cameras as a professional and prosumer tool are newer arrivals on the block, and the flash accessories for these cameras are still developing and being refined. 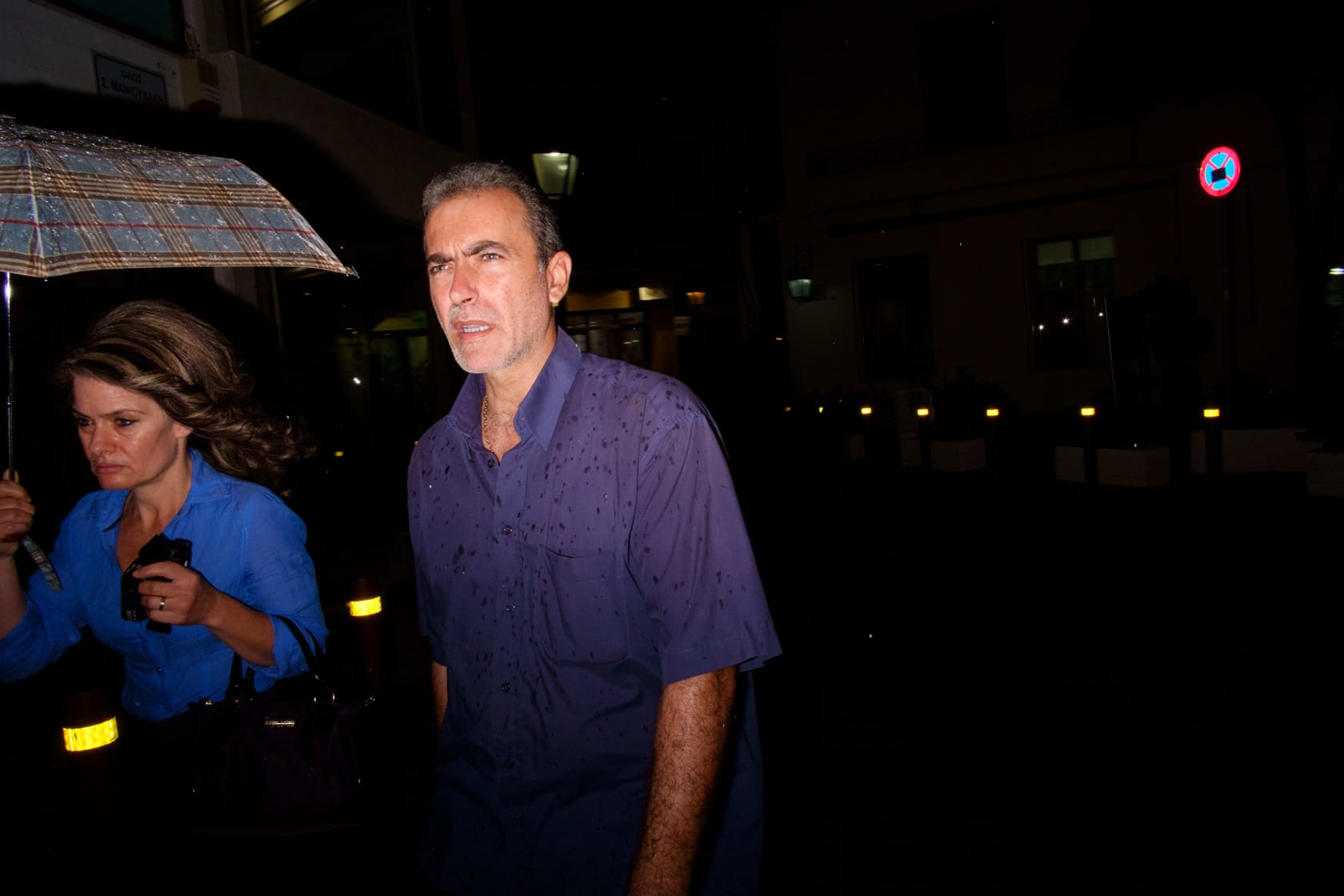 END_OF_DOCUMENT_TOKEN_TO_BE_REPLACED

Stuck in a rut with your street photography? Looking for a way to add drama and pop to your images? Want to make some up close and personal “in your face” shots like the Magnum maestro Bruce Gilden? Are you yearning to practice some fast street photography at night but can’t afford to shell out for a new low-light monster camera or a fast lens? Then read this guide for how to make some great street photography shots very cheaply using an off-camera flash!!

END_OF_DOCUMENT_TOKEN_TO_BE_REPLACED

If you are a long time Reader of StreetHunters.net, you might probably know by now that both my partner in crime, Andrew Sweigart and myself live in very little towns that tend to be quiet most of the time, especially during the winter season.

Andrew lives in York. He has written about shooting Street in York, Lancaster, Harrisburg or Baltimore in his post My Favorite Places To Shoot Street Photography. I recommend you take a look at Andrew’s post for some tips if you leave in one of those areas.

I live in Crete. Crete has 2 major cities and 2 big towns. There are other small towns and mostly villages on the island. I live in Rethymno. Rethymno is a big town. During the summer season my town is full of tourists so there are many opportunities for capturing new photographs. During winter, things are not so vibrant. If you check my post A guide to Street Photography in Rethymno, Crete you will notice that the best part of town to shoot is the Old Venetian town and that is but a small part of the greater Rethymno area. That is where I shoot on a daily basis. I can walk from one side of the old town to the other and back in 1 hour. I have taken more than 20.000 photographs here in the past 3 years and I keep shooting. Even though I have published 367 photos on flickr (at the time of this post) I still feel that my little town has a lot of new photographic opportunities to offer me. I have felt myself suffocate here photographically. I have felt myself wither and fade into boredom. I have also thought of never, ever taking another photograph when in Rethymno, but those thoughts are all in the past now. I have found ways to get over the feeling of being bored and I want to share how with you all.

END_OF_DOCUMENT_TOKEN_TO_BE_REPLACED

Photokina is the epicenter for gear lust. Held every two years, it’s where a huge amount of manufacturers come to unveil the latest and greatest in all things photographic. The most recent one in Cologne, Germany is just wrapping up as of this writing. The steady stream of of oohs and ahhs from the event has been filling my social media feeds for a week. Needless to say, a few things have caught my eye. From the out-of-my-reach offerings from Leica to more affordable shooters from Pentax, there’s been plenty to drool over.

It’s understandable that shiny new cameras and glass can give us, with our current gear, a feeling of… inadequacy. Totally normal. Expected, even. But this happens to a lot of people with a lot of different things. That hot sports car. The big(ger) screen tv. The sleek new laptop. The refrigerator with WiFi capabilities?

But with photographers, gear lust seems kind of different. Perhaps it’s the same with any sort of hobbyist/enthusiast/amateur (musician, shortwave radio operator, remote-controlled airplane pilot, etc.), but still being fairly new to photography, I find myself consumed by gear lust often and deeply. And when I search around the internet checking out gear, I see I’m definitely not alone. Not by a long shot.

New gear is announced and it seems, almost immediately, debate arises over tech specs by people who haven’t even seen image samples yet or better yet, held the latest and greatest in their hands.

END_OF_DOCUMENT_TOKEN_TO_BE_REPLACED

NOTE: This is a Guest Blog post written by Edward Conde for www.streethunters.net

I have been using an iPad since the first generation came out in 2010. I have always been drawn to PDAs, handheld computers and other computing gadgets. That same year I bought myself my first DSLR. As I started snapping away, I thought about what I would use to process my images. I had been using iPhoto on my MAC to store old photos. It did a good job with organizing my images. Then I tried Aperture. It was great for photo management, but for post processing I was lost with all the options and it  just didn’t feel very user friendly. I then looked for apps in the App Store to see what was available for iOS to process my photos. I found several applications that were interesting and decided to give the iPad a try as my mobile darkroom. I instantly got hooked processing my images on the device and the rest is history.

END_OF_DOCUMENT_TOKEN_TO_BE_REPLACED

If you are new to Street Photography you might have heard the term “Zone Focusing” being discussed by more experienced street shooters from time to time. You might have even heard the term “Hyperfocal distance” too. If you have been shooting in the Streets for quite a while, you have probably looked into these terms and even tried applying them to your shooting style. Street Hunters that use manual lenses or film cameras without auto focus capabilities, swear by both methods and most of them have possibly reached a point where they can take sharp, in focus pictures using Zone Focusing or the Hyperfocal distance, faster than they would using any AF capable camera. But how you might ask? What is Zone Focusing? What is Hyperfocal Distance and how can it help a Street Photographer take sharp photos with a Manual Focus lens so fast!?

During this post I will try and explain both terms as simply as possible, in my own words. I will give you my personal interpretations and I will also offer links to more “official” resources that explain the terms in a more scientific way if you wish to look into them further.

Before we learn about those two terms though, we need to understand what happens when we focus with a lens. So let’s start.

END_OF_DOCUMENT_TOKEN_TO_BE_REPLACED

I have downloaded the short version of ‘Everybody Street’ onto my main computer.|It sits on my desktop and in the low moments where the doors of creativity are closing , I crank up my useless speakers and listen, listen and watch. I really do feel the force of the players in the short movie. Gilden, Boogie and that chappie who’s name I can never remember but says ‘ If…If I can’t do this, if it’s too much, then I’m in the wrong business’ and he loops his camera over his shoulder.

I’m not a music fan, in fact 9.9/10ths of the time I work in complete silence except for the chatterings of my mind, which I can assure you aren’t musical in the slightest BUT because of the video above and it’s inspiring soundtrack I do now, should I need a stand up and get going tune listen to: