Home "How to" posts Going Public: How to Deal with Putting Your Street Photos Online

I’d like to write about a particularly important decision in a street photographer’s journey, and one that isn’t considered and covered enough I feel. It’s something that’s become more and more easier, and definitely more significant in the modern age, and with the all-encompassing encroachment of the internet into every aspect of our lives. I’m talking about the decision to ‘go public’ and put your work out there, and start to sell yourself as a street photographer.

Historically, the decision to ‘go public’ with one’s street photography work was in many ways much harder, and there were so many more hurdles to go through in order to get your photos seen by others. It would often start with submitting your work to galleries, joining street photography clubs, or perhaps taking part in competitions. A lucky few would manage to cultivate contacts with publishers (magazines or newspapers) and get their work featured there for a ‘mass audience’. This might lead to future commissions, or an audience to gallery exhibits and prints, and ultimately the ‘jackpot’ so to speak. 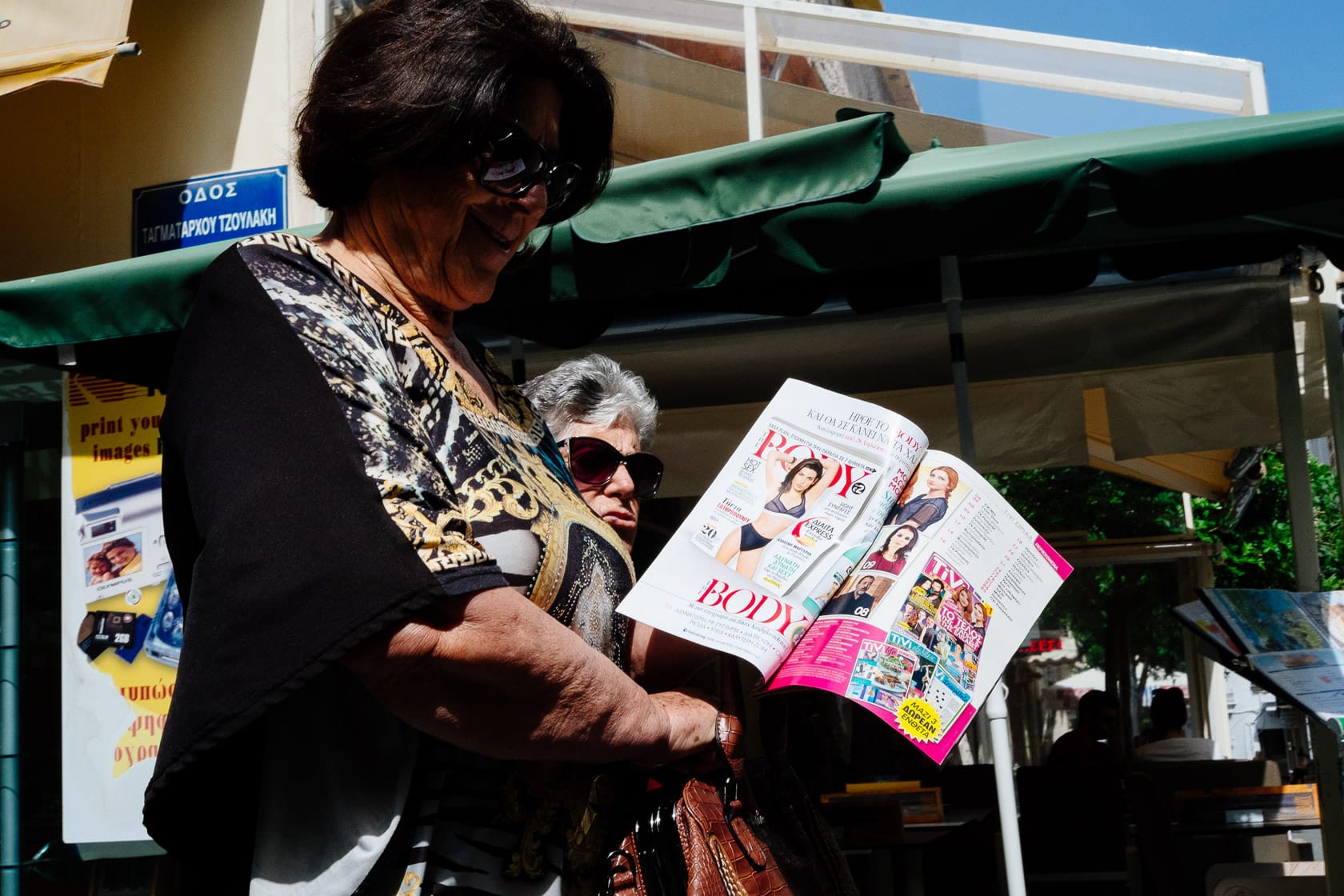 Now, that’s all gone forever. If you’re lucky enough you might be able to drum up a bit of interest in your street photography through local gallery exhibitions, but it’s not all that likely. The very nature of street photography – it’s hardly commercial in the traditional sense – means that you’re unlikely to be able to sustain yourself through commercial deals sourced ‘locally’ – if that’s what you’re after. If you shoot for fun, passion or a hobby you can still take a more personal approach to showing your work, though that has similar drawbacks to those I’ve mentioned above . So where does that leave us?

In minutes (and with a bit of patience as I dream up a password utilising a seemingly impenetrable combination of letters, numbers and characters) I can make an Instagram or Flickr account and upload my first photo. Assuming I’ve got a Facebook account (and, let’s face it, most of us have) I can set up a ‘Digby Fullam Street Photographer’ page in a few clicks. In an afternoon or day I can cover most of the main social media sites that are friendly to photographers, and probably set up my own blog or website. In a keystroke, I can take my street photography portfolio totally public, announcing myself as a street photographer to the world. And the whole world too. Anyone anywhere in the world with a web connection can check out my work, provided they can find it (more on that later). This obviously has massive benefits for street photographers, but there are drawbacks too, and it’s something you have to accept and come to terms with. I’d like to discuss some of those negatives that you have to deal with when you become a bona fide ‘public’ street photographer, and why you have to accept them in order to reap the benefits. Dance with the devil and all that.

Dealing with the Negatives of ‘Going Public’ & Putting Your Work Online 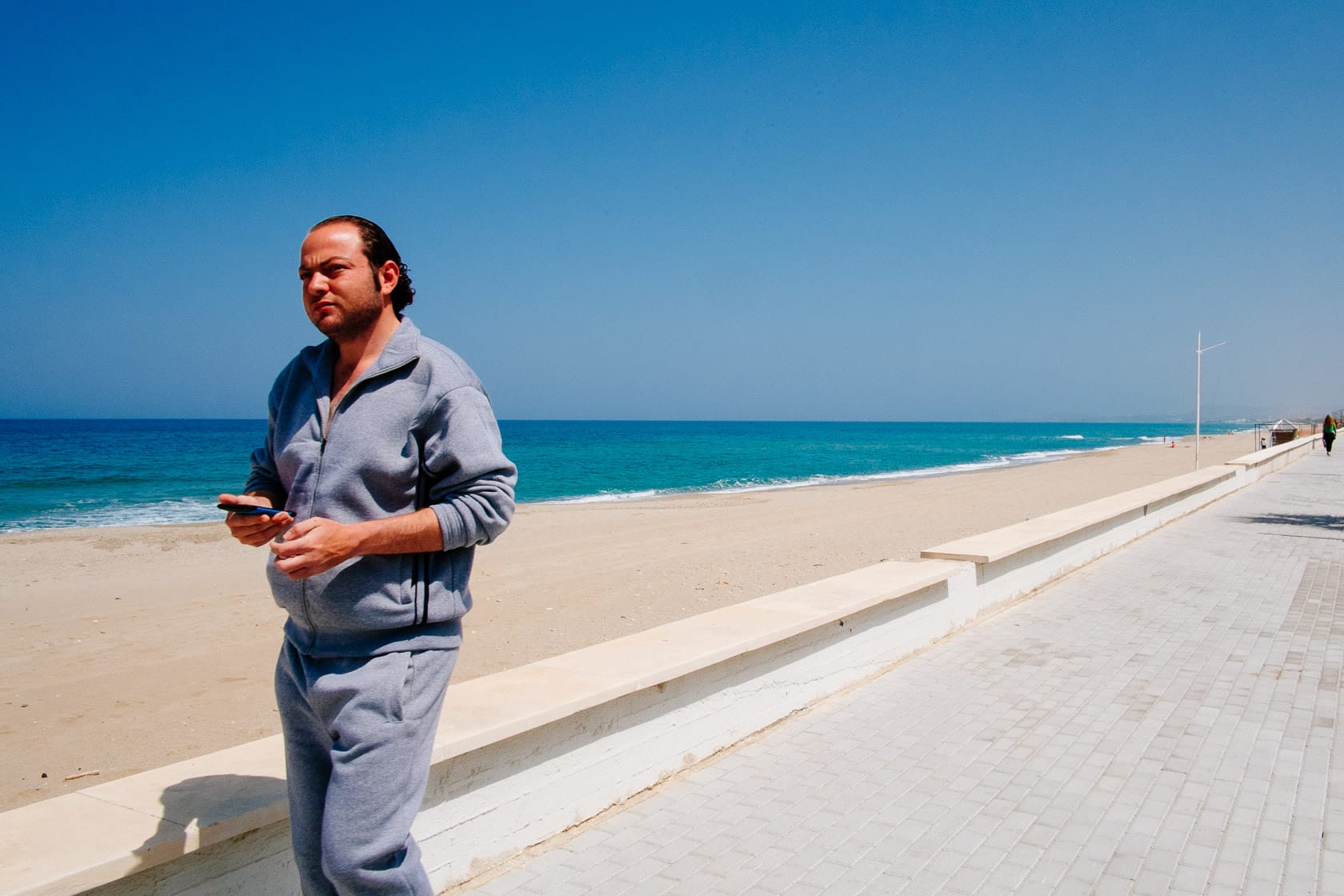 Your Photos will be Criticised

Looking at one’s work in isolation, in the safety of your house at your desk you can sometimes feel very good about your photos. After all, they’re your babies. You knew exactly what you were thinking and feeling when you clicked the shutter, and because they’re your photos, you feel a special attachment to them. Other people do not feel the same attachment. Your street photo probably has no significance to them whatsoever. What’s worse, in a few clicks then can find a tonne more photos by other street photographers that are possibly better. The internet is a buyer’s market so to speak. Also, by and large, the people looking at your photos won’t know you. They won’t know how hard you had to work to make a particular shot, or whether it involved overcoming any personal demons. So they have little reason (other than courtesy) to be nice to you. It’s easy to criticise when you’re the other side of a computer screen. We’ve all done it. And of course, because we’re dealing with ‘art’, everything becomes so much more subjective. One person might tell you your work is great, another that it’s boring, terrible, awful, etc. And because the world works like it does, most of the time those that complain are much more vocal than those that praise. And being the internet, most times those comments are public, sitting there below your pride and joy of a street photography for all to see, and influencing others. I think some of the bravest street photographers are those who open their work up to public critique, like those who submit their photos to Crit My Pic, who allow me to pick apart their street photographs in front of everyone. If you’re lucky when you make your online portfolio, the criticism of your work will at least be semi-constructive or helpful (like Crit My Pic I hope!), even if you don’t necessarily agree with it. If you’re unlucky, you will be criticised, or worse insulted because some people seem to get a kick out of it. Which leads me on to… 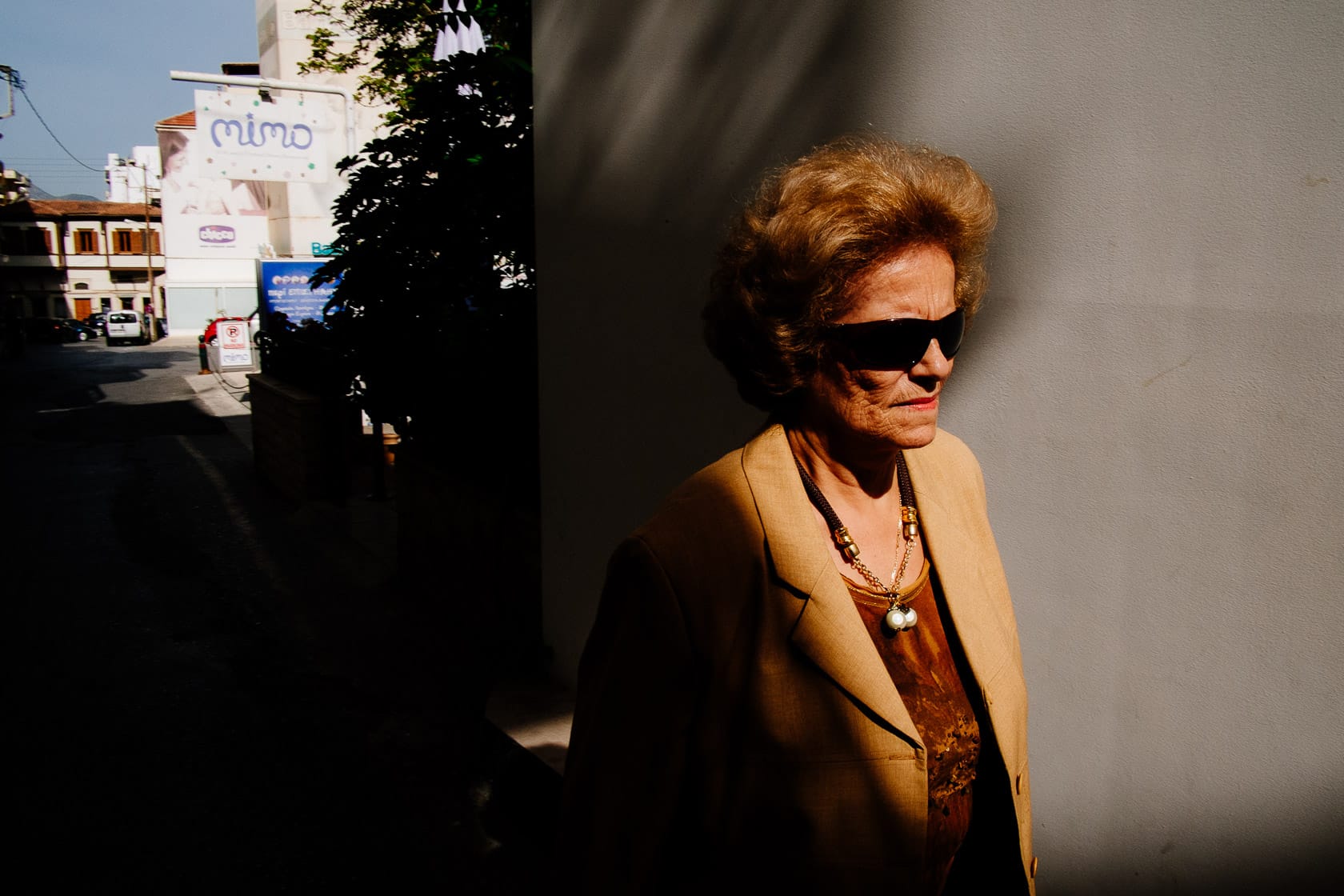 There are groups of people who like to be hypercritical of anything anyone else does (and particularly creates). YouTube is famous for comments like this, but you may find them anywhere when you start sharing your work. These ‘super critics’ seem to expect perfection, and can often come out with the most disparaging and off-putting remarks that can make you feel pretty despondent about your work. As I’ve said, constructive criticism is something you should be prepared for, and can indeed prove quite useful sometimes, but you have to also be prepared for comments like “These are the most terrible photos I’ve ever seen… You’re a shit street photographer… can’t believe I wasted my time with this” etc. I don’t know why some people bother to make comments like this, but they do. You just have to ignore their comments. Like water off a duck’s back as they say! And with the rough comes the smooth, and when people ‘like’ or ‘love’ your photos or leave a positive comment it can really help you feel like your work is starting to connect with someone!

As soon as your work goes online, it becomes easy for somebody else to get hold of. It’s the nature of the internet. You may not mind if your photos get downloaded by somebody else (it doesn’t bother me particularly), but it is annoying if someone takes your photos and uses them for something you don’t like. Or worse, passes them off as their own. The internet is full of horror stories of people having their photos ‘stolen’ and used in someone else’s portfolio, or used by a company commercially without being paid for it. Sometimes Street Hunts from the Streethunters.net YouTube channel get downloaded and re-uploaded to other video sharing sites, which means we lose out on the ad revenue when they’re viewed. Short of spending lots of time tracking down everywhere your photos appear (top tip, Google has a reverse image search feature), and sending out requests for your photos to be removed, there’s not a whole load you can do if this happens on a small scale. It’s just one of those things. If it happens on a bigger sale, you might be able to sue though!

Once Your Photos Are Up, They’re Out There 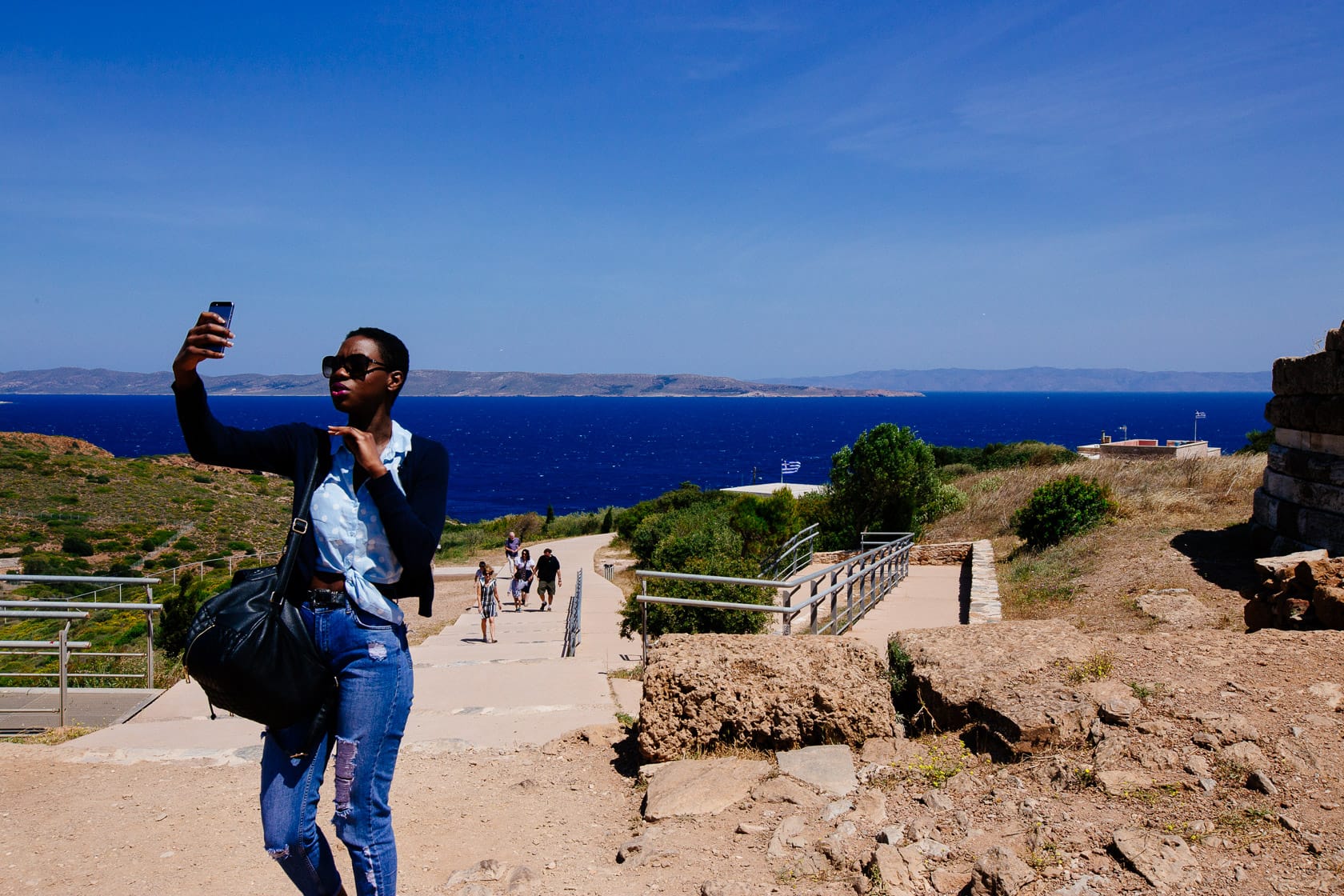 The internet is of course fluid, by you have to come to terms that it is an archive of sorts of your work. This can be nice in that your social media channels or blog can document the evolution of your style and your work over time. But of course it also means that some of your earlier street photos that you shot when you were just starting out stay up too. You may have thought them amazing at the time, but now your eye and talents have developed, you might feel quite differently! I certainly don’t feel happy with the current state of my online ‘portfolio’, as I simply don’t have the time currently to curate and refine it – a nice way of saying I want to delete my old crappy shots from Flickr, Tumblr and my website. And even if you do delete your old street photos online, you’d be surprised how far your photos can spread sometimes! Just look at the recent Steve McCurry Photoshop controversy – one of his photos was spotted with signs of manipulation and the next thing you know the world’s internet sleuths had combed through all his photos going back years and spotted signs of more! Shots he’d probably forgotten were even online. So once your shots are out there, they can hard to keep track of and get rid of.

Standing Out from the Crowd

One of the hardest and most demoralising aspects of putting your work out there is the oftentimes sense of futility to it all! It’s so easy to share our street photos that we’re all doing it more and more and more. In a world full of talented photographers, it feels impossible to stand out from the crowd sometimes. And sometimes you see photographers do well that you don’t feel are talented, but are excellent marketers, or have powerful social networks. You just have to persevere, in the hope that you will eventually find an audience for your work. There are loads of communities you can engage with for feedback, chat and inspiration, and even get to know other street photographers. From there you can meet in person and go shooting together, learning from one another and getting inspired – just look at our street hunts! You can also make use of communities and groups as a helpful springboard to bring attention to your work, and submit your photos to curated groups like the Streethunters Flickr Group. Where it might be hard to make your individual blog or page stand out on its own, as you engage more other groups and communities you can start to bring some attention to your work, and hopefully develop your skills at the same time. 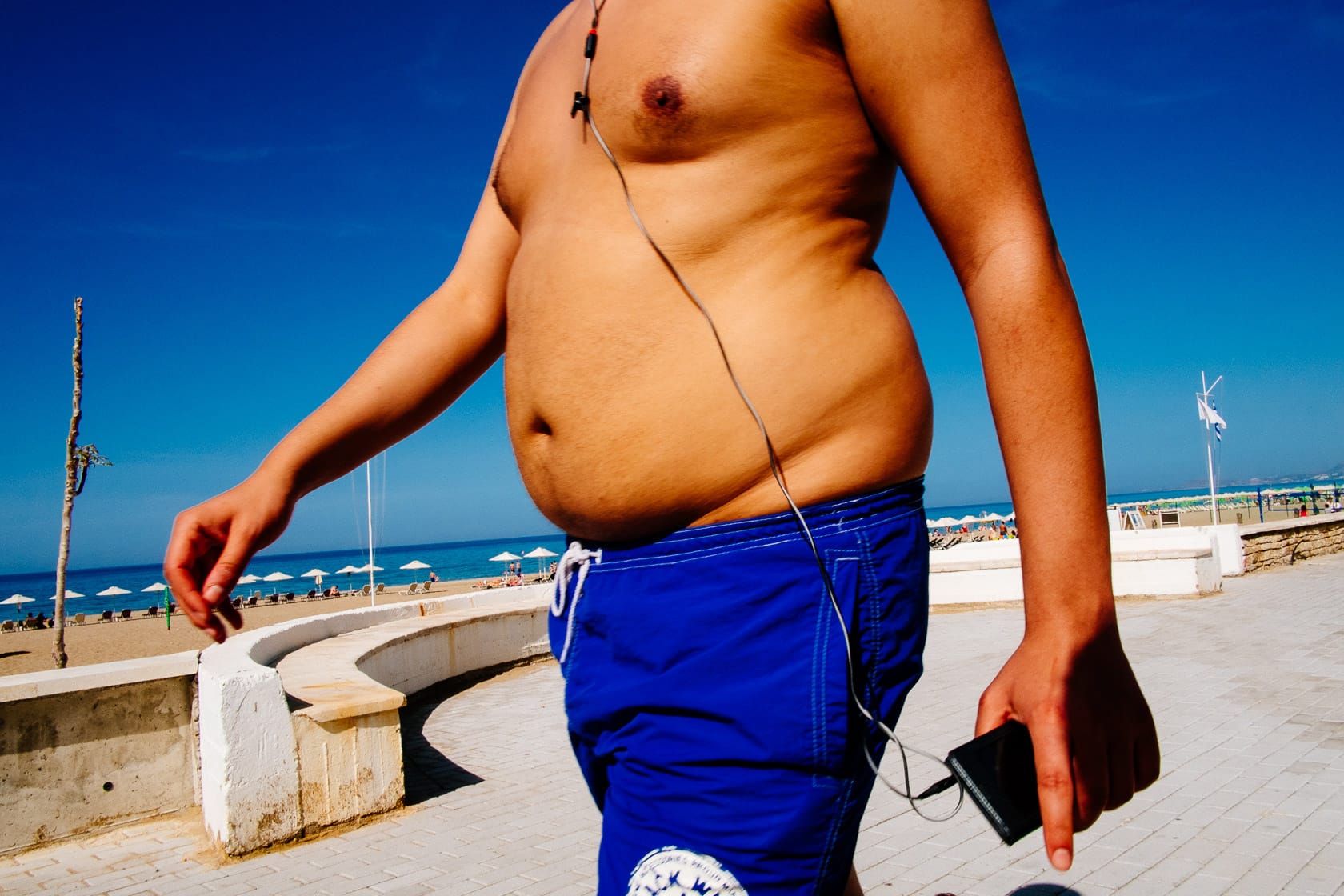 Perhaps the hardest thing to come to terms with when you take your work public is that it’s not just your photos that you are sharing with the world. It’s you, as a street photographer. You trade some of your privacy and anonymity in order to be able to share your street photos with the world, and hopefully have them appreciated. In doing so, you have to accept that you lose some control. You will influence and delight some people. You will offend, piss off, or just bore others. People will write things about you that you like. People will write things about you that you don’t like, and there’s nothing you can do about it. Going public is a decision that takes guts, and I applaud anyone that sticks their head above the parapet and puts something they’ve created out there for the world to see and judge, warts and all. For me, the benefits of putting your work online far outweigh the negatives. It helps to give my work more meaning if I know I am sharing it, and, most importantly allows me to connect with other street photographers. It led me to Street Hunters, so I guess you could say it was definitely worth it!

What do you think?