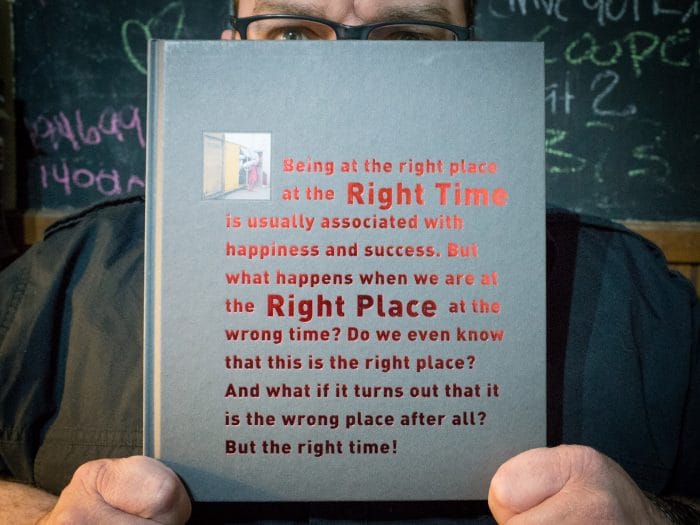 Timing is a key ingredient in street photography. One has to look no further than the title of Henri Cartier-Bresson’s revered book, ‘The Decisive Moment’, for reference. A photographer’s timing, especially when shooting street, makes the  photo. Knowing when to press the shutter is everything. But don’t forget about luck. Luck, the x-factor. Luck, the variable. Unless a photographer has precognitive skills, they’ve got to get lucky. Even Cartier-Bresson himself said, “of course it’s all luck.” Boil it down, and it’s about being at the right place at the right time.

The mixture of timing and luck is the subject of Austrian photographer Robert Rutöd’s self-published photo book, ‘Right Time Right Place’. A winner of the New York Photo Award and the Special Prize from the Czech Center Of Photography in 2012, Rutöd has had his work exhibited across the globe and featured in numerous publications. Most recently, the former painter and short film writer and director secured the ‘2015 Artist Of The Year’ at the Dong Gang International Photo Festival in South Korea. Rutöd sent this book to Streethunters for review. 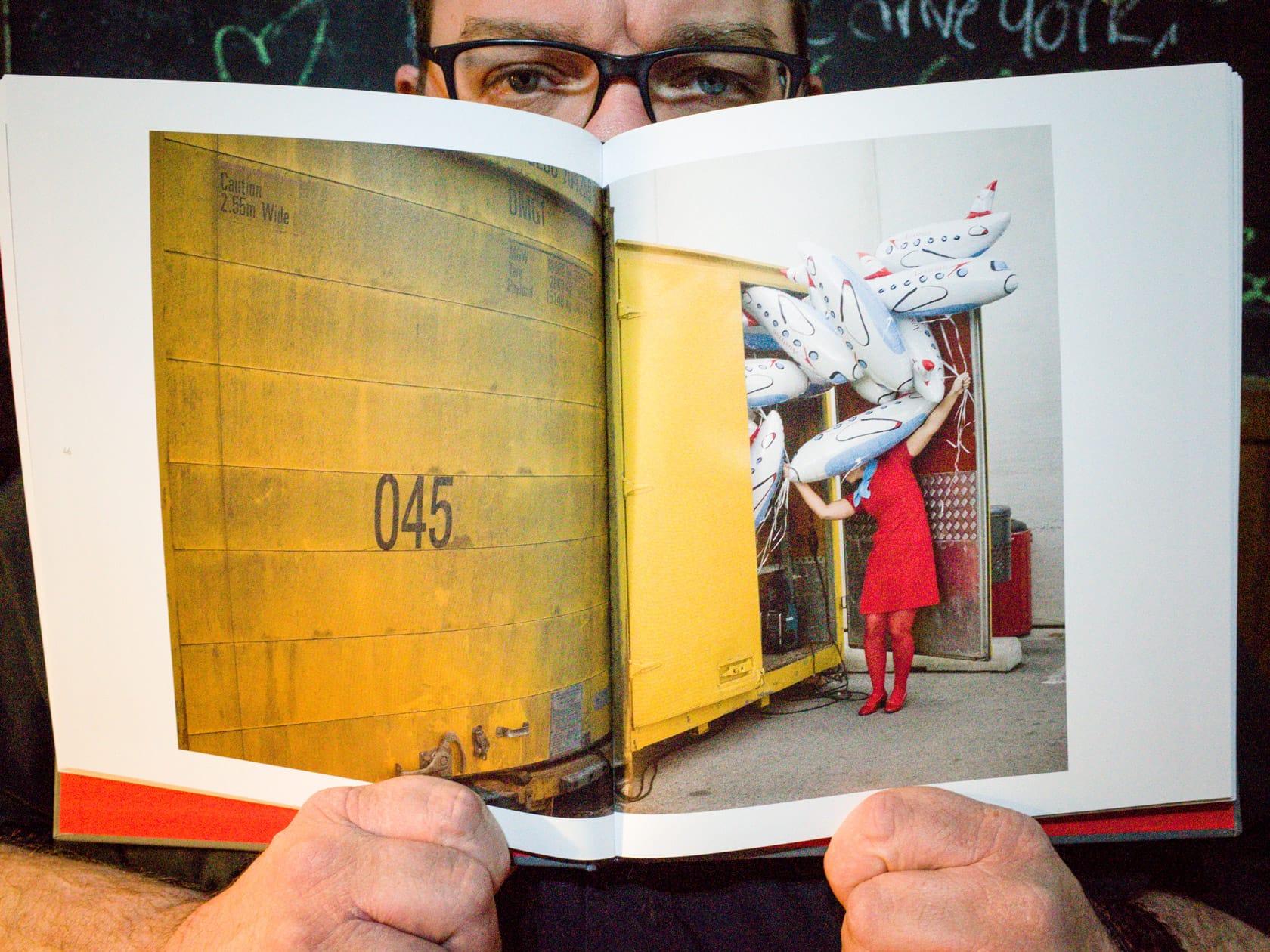 With ‘Right Time Right Place’, Rutöd presents a collection of images captured over a five year period spent traveling across Europe. The photographer wastes no time in making his intention known with his intriguing choice of cover. Eschewing a more traditional cover, Rutöd, a book designer himself, chose to occupy most of the book’s front side with red foil text.

With ‘Right Time Right Place’, judging the book by its cover isn’t a smart play. I expected to find, on the brilliant 120 arctic-white pages, a collection of candid street moments. But I was wrong. Rutöd gives us more than street photography. He flexes his photographic muscle with a few lovely fine art shots as well.

Between the hardbound covers, and after the introduction from Lenscratch‘s founder and editor-in-chief, Aline Smithson, are 55 color photographs that are faithfully reproduced on the robust stock. With these 55 images, Rutöd has introduced himself to me as a very talented photography with a keen eye. It’s obvious that Rutöd is most comfortable working with natural light with his rich color captures being mostly snapped outdoors during the day. 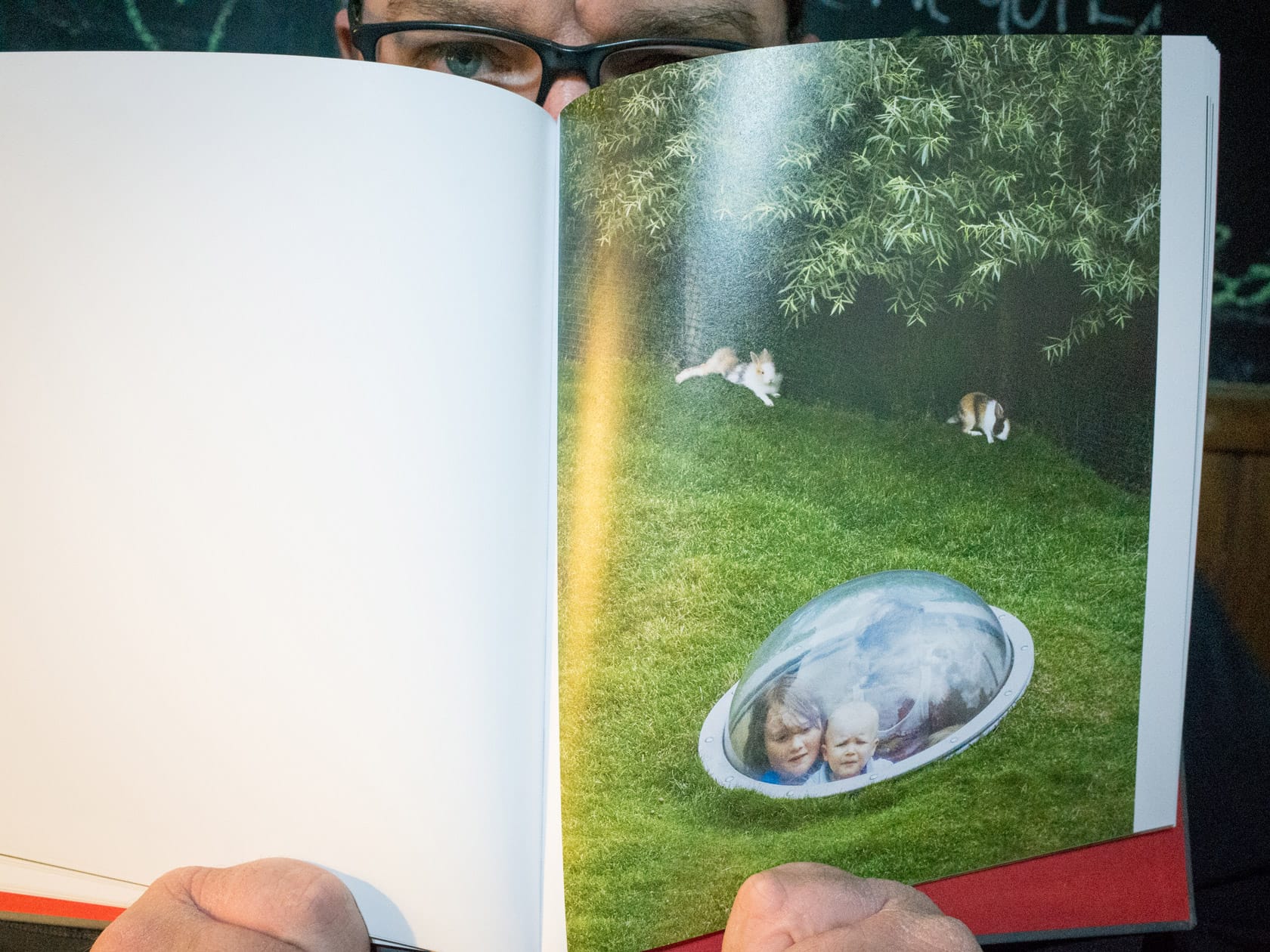 Rutöd nails being at the right place at the right time idea on a few memorable occasions in his quality publication. His liberal use of straight-on point of view serves his compositions well. With his style, we’re put in that right place with Rutöd. For example, I find myself put into the scene when he snaps a picture of a service worker standing in front of a KFC advertisement, whose founder, Colonel Sanders, he bears resemblance to.

As with the KFC image, it becomes clear that capturing bits of quirky humor is where Rutöd finds his niche. A trio of children peering out from a clear bubble protruding from the grass-covered ground, like a subterranean UFO breaching the surface, with rabbits in the background… not your ordinary street scene. This image, along with a woman, in what appears to be a red stewardess uniform, stuffing airplane-shaped balloons into a storage container, are the highlights. The latter image being a glorious explosion of contrasting colors with the red uniform and the yellow container. 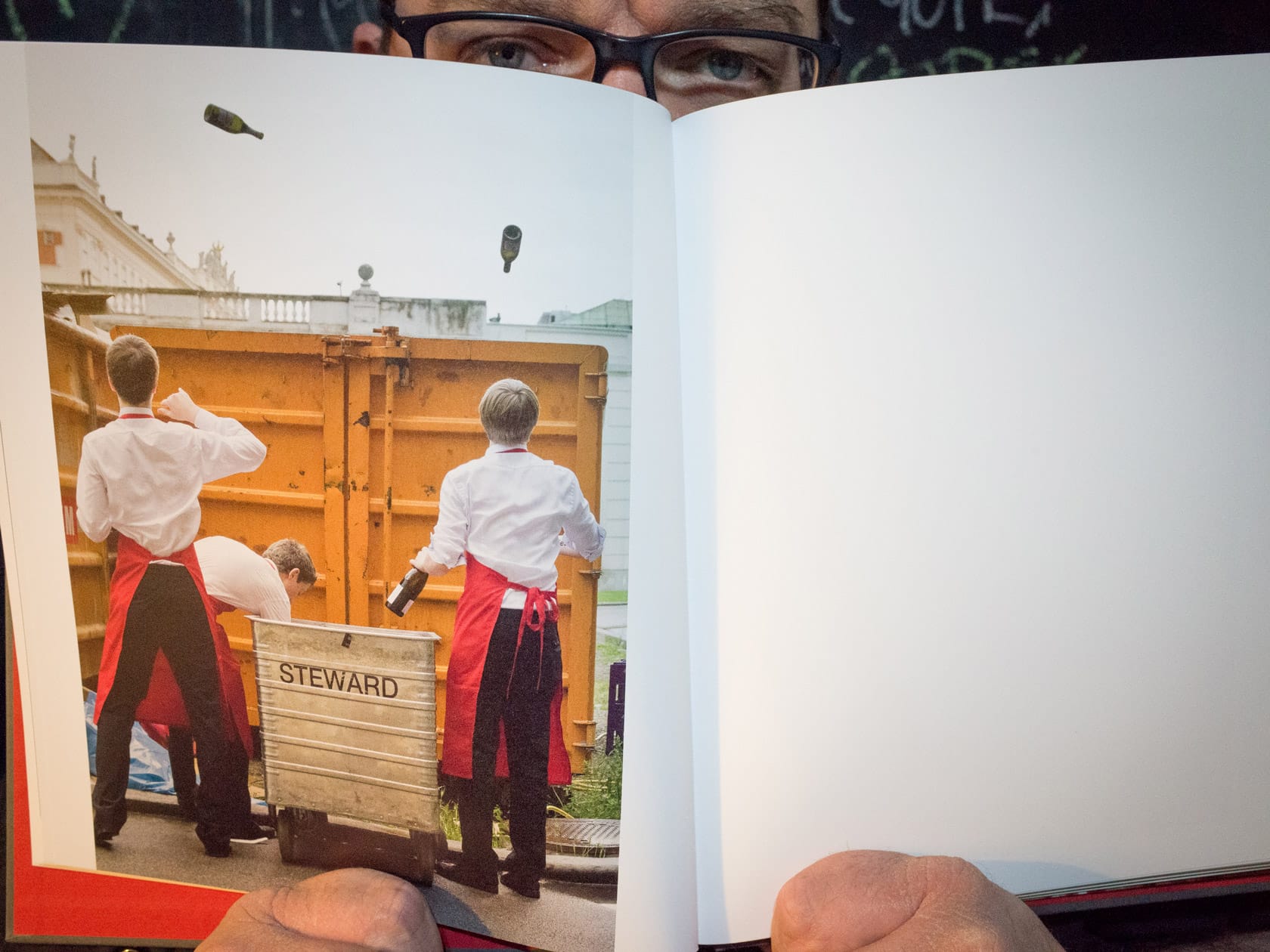 However, like mentioned before, ‘Right Time Right Place’ is more than just street photographs. This fact left me wondering about the title of the book. The whole concept of the book wasn’t in reference to just candid shots. You could say any photograph is about being in the right place at the right time. And Rutöd realizes this notion with a gorgeous image of a swan on a desolate, frozen lake as a couple skates in the background, pushing a baby carriage. And again with an image of what appears to be an empty a coat-check rack, its numbered hooks waiting for occupants as the famous ‘Girl With a Pearl Earring’ painting hangs in the background, seemingly investigating the photographer with a curious look.

‘Right Time Right Place’ is an ambitious effort from Rutöd and it should be applauded. Self-publishing a photobook is no small feat, and requires a large investment of time and funds. It is obvious the Rutöd took great pride in this task. This book is a quality product. The questionable choice of cover and the omission of Rutöd’s name and book title on the book’s spine are head-scratchers and not all of the images are as eye-catching as the ones mentioned above. The single image pages, opposed by a blank one better serve the book than the images spread between two pages. But make no mistake, ‘Right Time Right Place’ proved to be a fine introduction to Rutöd’s work. It presents what superior work he is capable of and has left me anxious to see more. 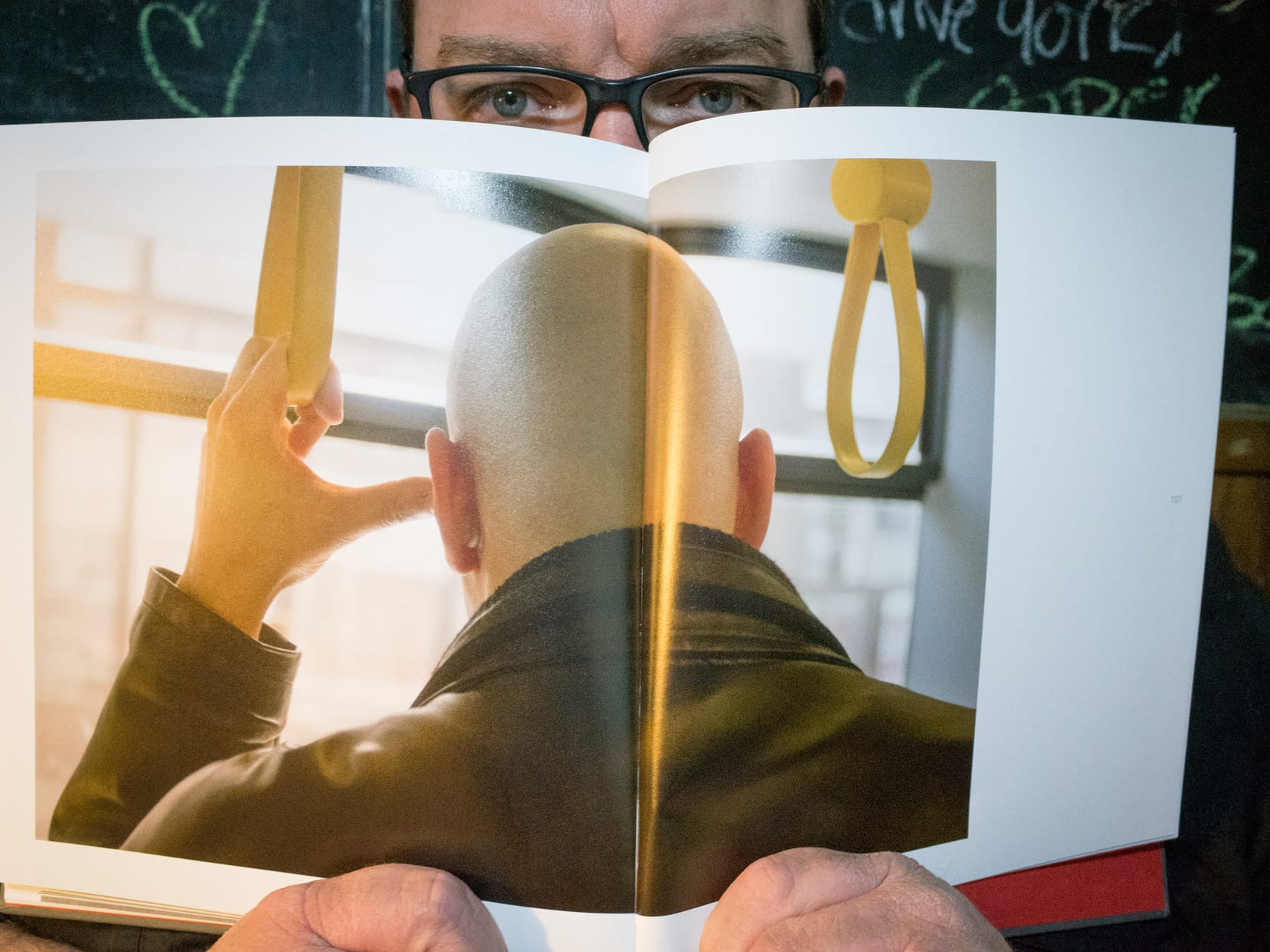 Right Time Right Place is available for purchase at http://www.rutoed.com