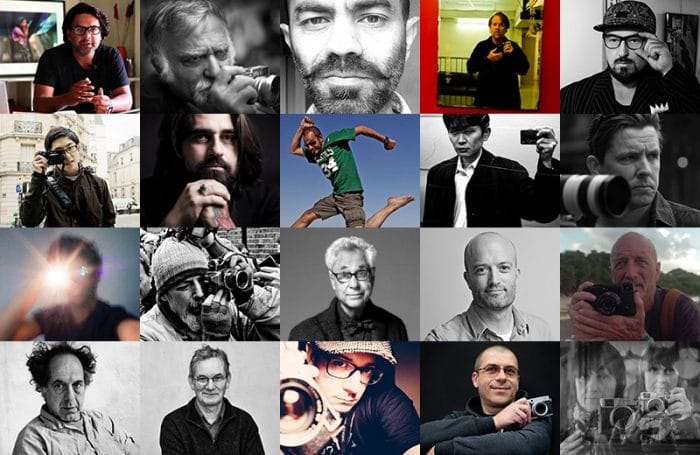 You Recommended And You Voted

A week ago, we asked you dear Readers to do one more thing for us and that was to vote for your most influential Street Photographer out of the list of 115. You voted 20,357 times!

It is understandable that each one of you is influenced by different Street Photographers for different reasons and that is what makes this vote even more interesting. Influences play an important role in the way an artist perceives the world and his/her art, so it is only logical that each one of us has different sources of inspiration, making our perception of what we consider “an influence” unique. What is important is that you all helped us with your vote to find who are the 20 most influential Street Photographers at this time according to you.

One of the Street Photographers on this list, Thomas Leuthard, explained this nicely in his post when he shared the link to the poll on his facebook page. He said:

“Make your personal suggestion, who is the most influential street photographer for you. Not the best, not the most famous, not the coolest, the one who influences you…”

So here they are:

END_OF_DOCUMENT_TOKEN_TO_BE_REPLACED 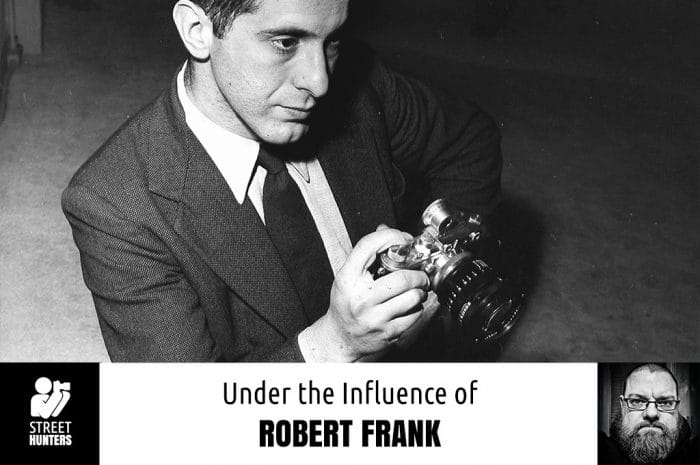 Just a week ago, I did a review of Robert Frank’s The Americans. Looking back, it’s easy to see how that book has been, and continues to be influential. It was a game-changer. But what about Frank himself? Robert Frank, the photographer?

“When people look at my pictures I want them to feel the way they do when they want to read the line of a poem twice,”

Frank said in LIFE magazine over sixty years ago. Considering the staying power of The Americans, first published in 1958, it is safe to say that he achieved that goal.

Robert Frank, born 1924 in Switzerland, came to New York in 1947. He had already trained as a commercial studio photographer in Switzerland and produced his own, hand-made book, 46 Fotos. In New York, he got a job at the Harper’s Bazaar. He worked there briefly as a fashion photographer, but quickly grew dissatisfied with the deadlines and control of magazine employment. He left to travel and photograph in South America and Europe, producing another hand-made book. Eventually, he returned to New York and worked as a freelance photojournalist.

In 1953, Frank met Walker Evans, of American Photographs fame, and with his help, secured the Guggenheim fellowship for his project that resulted in The Americans. The book’s impact still causes ripples to this day.

END_OF_DOCUMENT_TOKEN_TO_BE_REPLACED 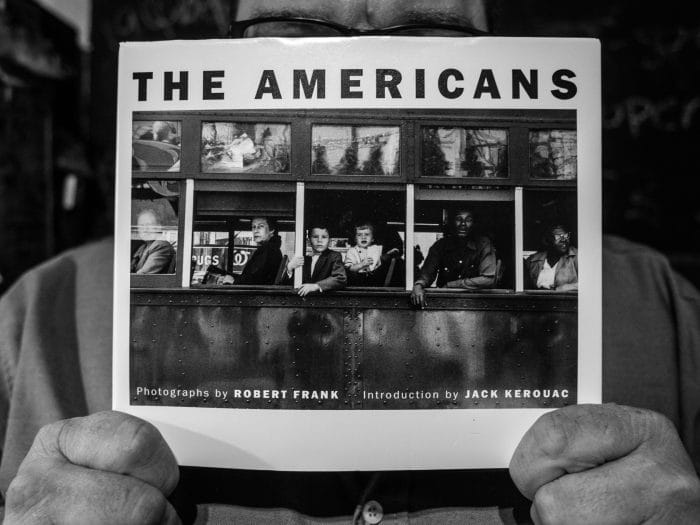 Few books have shaken up and influenced the street photography world like Robert Frank’s The Americans has. Fifty-seven years after its initial publishing, the book still is referenced heavily to this very day when discussing the advancement of photography and the genre of street. But The Americans is criticized and analyzed as much as it is praised. Rightfully so, considering it is such an iconic work. But is there a point where a landmark like The Americans starts to fade away as the landscape of photography itself changes? As street photography becomes more popular and diluted? As it becomes, dare I say, less “special”?

Those questions were part of the reason why I wanted to own The Americans for myself. That and because it almost seemed mandatory. Because it’s cited so often in the street photography world, I felt like I had to own it. That a photography library, no matter what size, could only be built around this cornerstone. The only other book that I can think of to bear such a heavy load would be Henri Cartier-Bresson’s The Decisive Moment. But, at close to $90 USD for its latest edition, that piece would have to wait. At under $25 new, The Americans, now in its ninth edition, demanded to be purchased, and sooner rather than later. Questions needed answers.