The Brussels Street Photography Festival is fast approaching and time to submit photos for the contests is running short!

END_OF_DOCUMENT_TOKEN_TO_BE_REPLACED

Month after month, we here at Street Hunters have been wonderfully overwhelmed with a flood of great submissions for our Monthly Theme Contests! The contests from the first quarter of 2017 have yielded four truly outstanding winning shots from Roy Rozanski, Kristof Vande Velde, Christoph Wuzella and Sreejith Kaviyil. Four months. Four winners. Four great shooters from four different places on the globe. So what would May bring? Would we be showered yet again with great work?

May begins a five-month stretch where the Monthly Theme Contests will be focused on colors. From May through September, each month’s theme will be one specific color. It may seem simple enough, but the challenge itself raises the bar. The photo really has to stand out within the constraints of the color theme. A photo with just that color element would not be enough.

May’s theme was the color green, and, appropriately enough, we were presented with a bumper crop of green goodness! There was a multitude of shots with clever use of the color, popping off the screen and grabbing our attention. But one shot was more than just a poppin’ o’ the green. More than clever. Ladies and gentlemen, Zlatko Vickovic won this month with an explosion of green!

END_OF_DOCUMENT_TOKEN_TO_BE_REPLACED 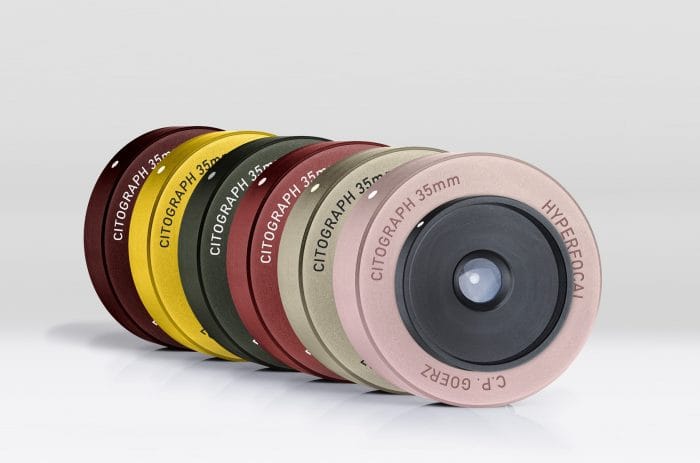 C.P. Goerz, a new German startup, has a new lens that is aimed at street photographers — a 35mm fixed-focus f/8 lens that’s always in focus at 9 feet to infinity!

Taking its name from a famous early 20th Century German lens maker, C.P. Goerz launched a Kickstarter for the lens and has already smashed its goal of $30,000! Now Goerz is going for a stretch goal of $65,000 by July 27th, with a bonus printed Citography guide.

END_OF_DOCUMENT_TOKEN_TO_BE_REPLACED

The fourth instalment of Eastreet, a project dedicated to street and documentary photography of Eastern Europe, is on the horizon and the Open Call for submissions has just launched!

Eastreet 4 is one of the biggest initiatives promoting street photography from Eastern Europe. The previous three editions have seen almost 20,000 photographs submitted from photographers all over the world! And in those three editions, more than 300 photos by authors from 22 countries were presented in form of exhibition and publication! Those numbers will all certainly rise with Eastreet 4 coming this fall in Lublin, Poland!

END_OF_DOCUMENT_TOKEN_TO_BE_REPLACED 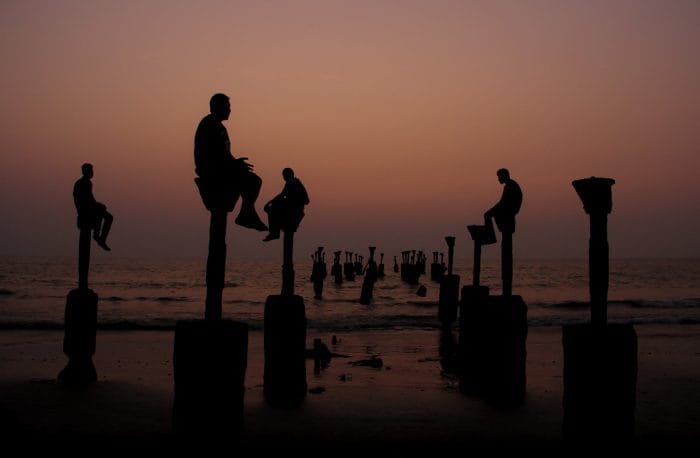 The winning shots for The Street Hunters Monthly Theme Contests have been outstanding! Each month, each theme, has brought us a slew of great submissions and choosing finalists has become a most  delightfully arduous task. Christoph Wuzella knocked us out in March with his Flash theme submission. Kristof Vande Velde took us into the Surreal with his otherworldly February submission. And Roy Rozanski crossed us up properly with his Zebra Crossings submission for January. So, what would April bring?

The theme for April was Juxtaposition, and again we were showered with some killer submissions! Juxtaposition, as defined by Merriam Webster, is “the act or an instance of placing two or more things side by side often to compare or contrast or to create an interesting effect.” The clever capture/use of juxtaposition can truly make a street photograph. That being said, there was cleverness abound within April’s submissions. However, there was one shot that brought it home with *multiple* juxtapositions! The one who prepared the buffet of juxtaposition? That would be Sreejith Kaviyil!

END_OF_DOCUMENT_TOKEN_TO_BE_REPLACED 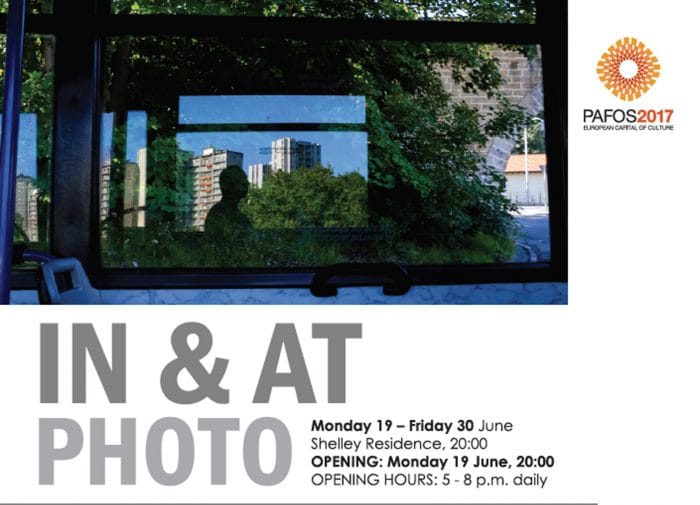 Opening Monday, June 19th is an exhibition which features photographers from three of the most recent European Capitals Of Culture in the beautiful city of Paphos in Cyprus!

END_OF_DOCUMENT_TOKEN_TO_BE_REPLACED 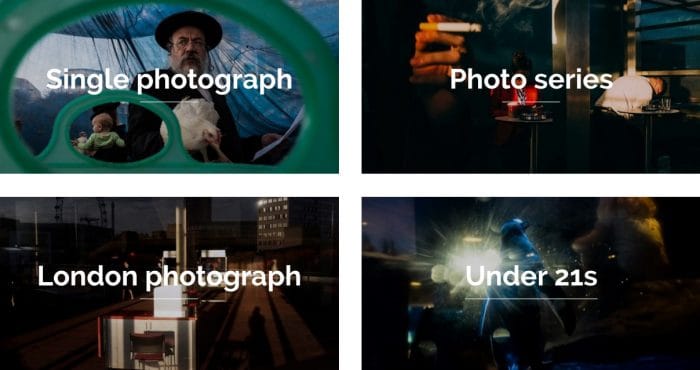 The London Street Photography Festival is fast approaching, setting up to let loose in The City on August 25th through the 27th! So now is the time to get your work submitted for the four contests being held. The deadline is less than one month away… July 9th!

END_OF_DOCUMENT_TOKEN_TO_BE_REPLACED 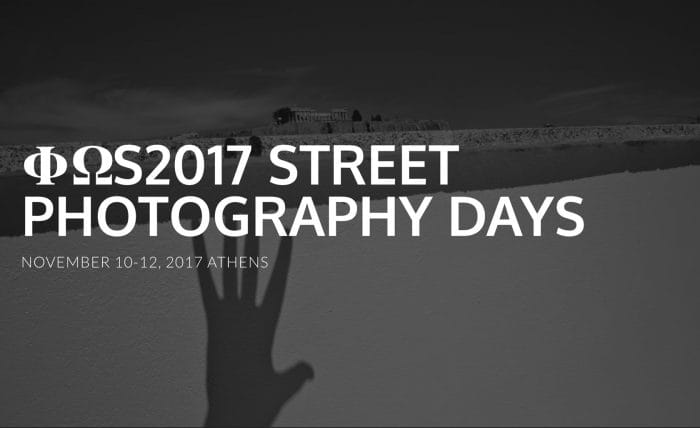 We here at Street Hunters are pleased to announce that we will be participating in PhoS in Athens, the first and only free street photography colloquium in Greece, made by you for you, talented street photographers!

Over the course of three days from 10th-12th November 2017, PhoS will feature workshops, talks, portfolio reviews, walks, contests, exhibitions and more, and all of these will be free of charge! The festival in Athens will feature the best from both Greek and international street photography, all over the course of one weekend. We here at Street Hunters are proud to be participating with the other event organizers: the online magazine iFocus, BULB photo collective and SCP (Street Core Photography) community.

END_OF_DOCUMENT_TOKEN_TO_BE_REPLACED 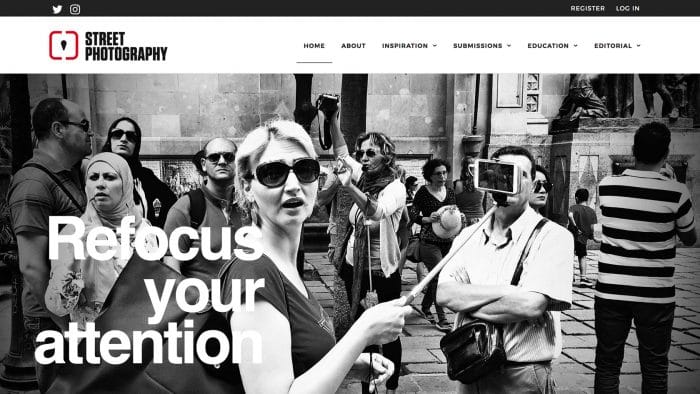 There’s a new street photography website, and their goal is “to support, educate, and inspire a new generation of street photographers in the post Cartier-Bresson world.” Ladies and gentlemen, streetphotography.com has launched!

END_OF_DOCUMENT_TOKEN_TO_BE_REPLACED 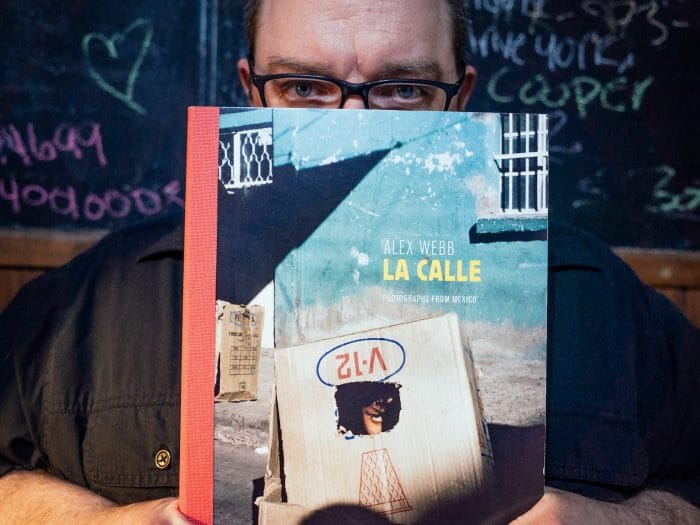