What is the “Fill The Frame” street photography documentary about?

If you read the official synopsis of the film this is what it says:

“With the continuing rise of the digital age and popularity of social media, the genre of street photography has propelled like we’ve never seen before. Still there is more opportunity for street photography to be recognized and appreciated by the masses.”

So basically “Fill The Frame” is about how the world of street photography has changed or evolved with the onset of the digital age and social media. How street photography as a genre managed to get better defined and better understood by the general population and how it has shaped itself into an undoubtedly recognisable genre of photography. Well, we couldn’t agree more. 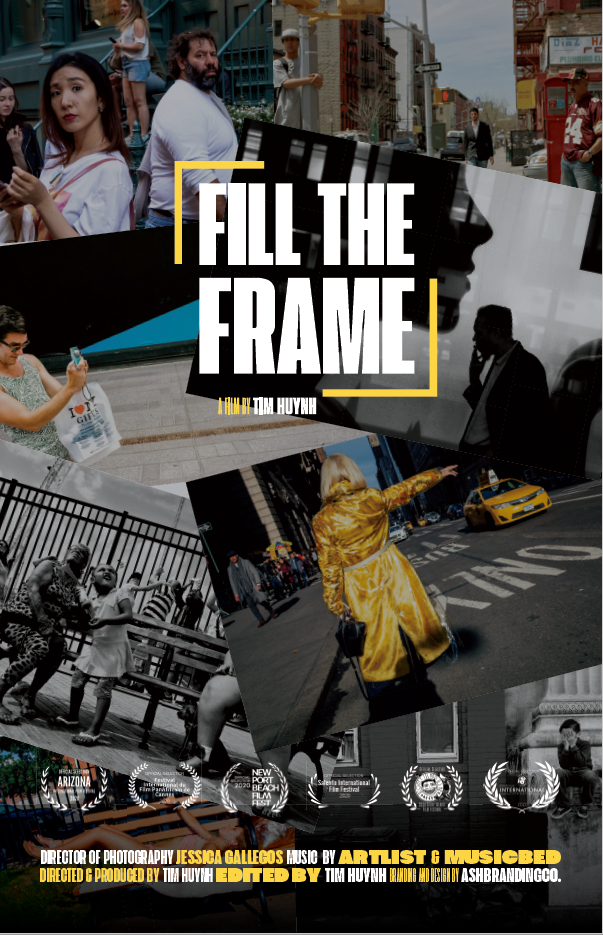 Review of the “Fill The Frame” street photography documentary

Before I start with the review, I would like to share the fact that I have no experience in reviewing films. Up until this moment, my only relationship with films has been to view them. Of course, I have my own opinions, but I have never shared them in writing before on Streethunters.net. So this is going to be a first for me, please keep this in mind before you start reading. As with all reviews, I am going to split my writing into sections, for your easier consumption and because I love categories. So, I will be looking at the film concept, the direction, the editing & pace and the fun factor. Ready? Let’s get to it! 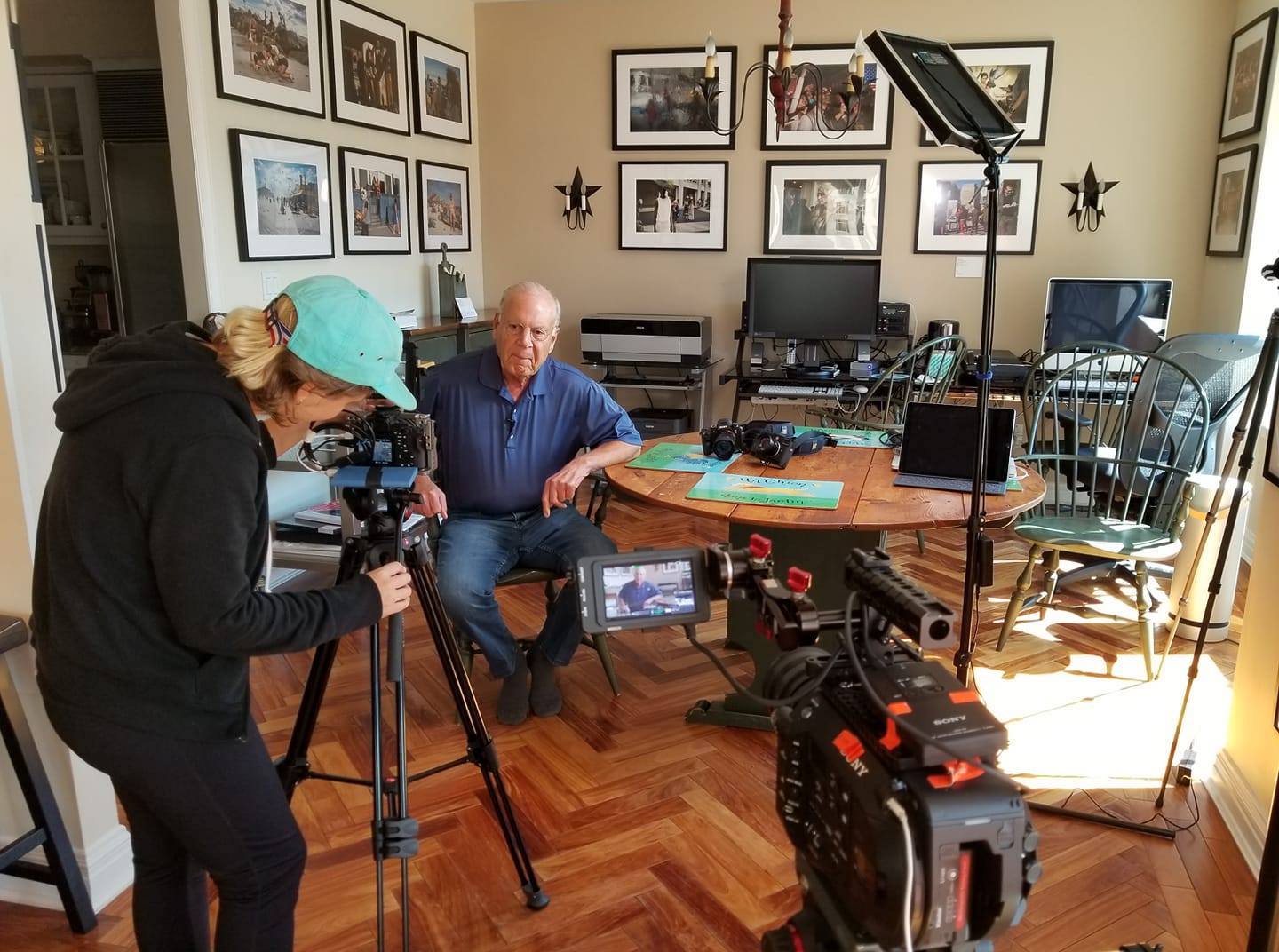 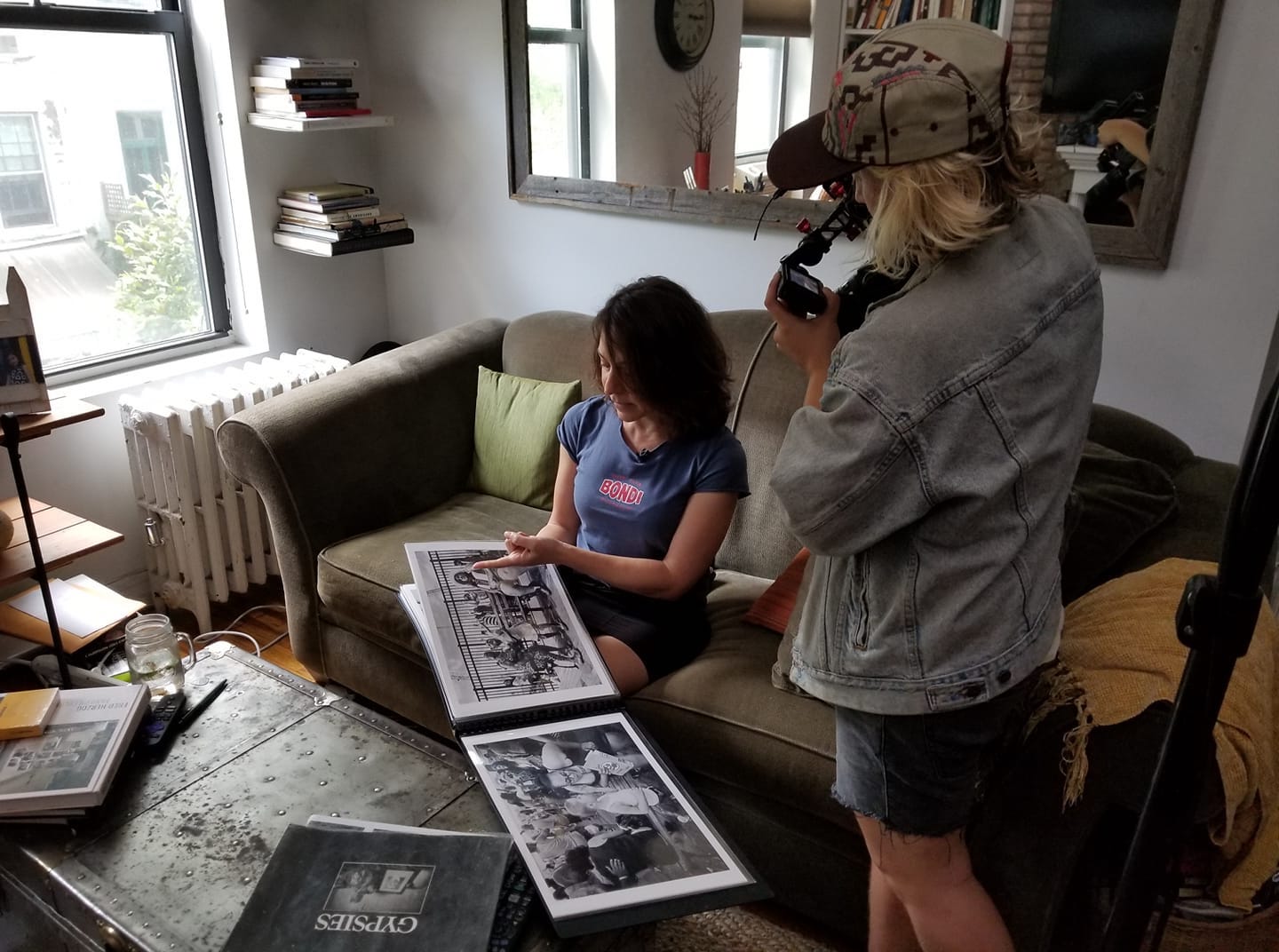 Before I wrote about this section, I decided to look into Tim Huynh’s background and see what other directing work he has done. I felt that, to be honest in my approach I had to know more about Tim’s past work, to better know who I am about to write about. Tim is new to the “directing game” with “Fill The Frame” being his first directing project. So knowing that and after watching the film I have to say that he has done a great job! My personal experience in film making is limited and crude, as I have more of a “home video” knowledge and approach to my work on our YouTube channel, but even with this limited experience of mine I can understand that the amount of work that was put into making “Fill The Frame” must have been daunting! In my opinion, Tim has done a great job of telling the story well, following a steady pace by not going too slow or too fast and without overcomplicating things. He has made a documentary that is easily comparable to others of a similar genre and has managed to keep me as a viewer interested most of the time. I say most of the time because there were some scenes I felt needed better editing, but I will talk about that later in the editing section. 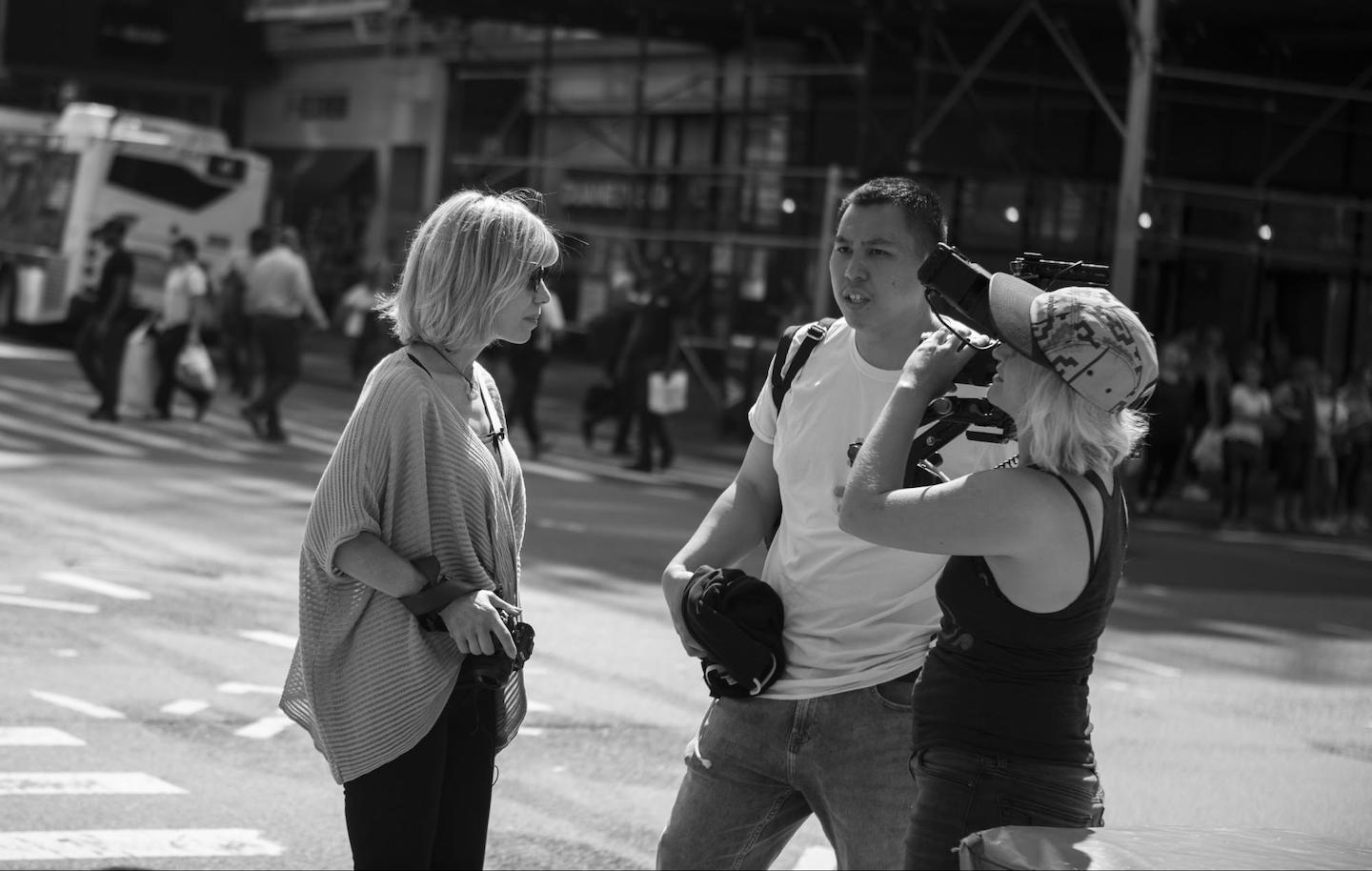 Transitions between the scenes were snappy and well defined and as I mentioned before the flow was steady and at a good rhythm, without slowing down or speeding up unnecessarily. However, I found that at some points there were some “blank” scenes (black screens) that lasted a little bit longer than needed, making me think that the film was stuck or finished or that I had accidentally pressed pause while watching it on my MacBook. I understand that these “blanks” as I call them act as defining separators, but they felt a little bit too long at times. However, I think that if these “blanks” had additional info, like a small title, or a quote, they would flow smoother into the overall film. Moving on I also found that the facetime given to each photographer wasn’t equal in length. This might be my perception playing tricks on me, but I felt that some of the people interviewed got less facetime than others. Of course, this is just a personal opinion so take it as you like. 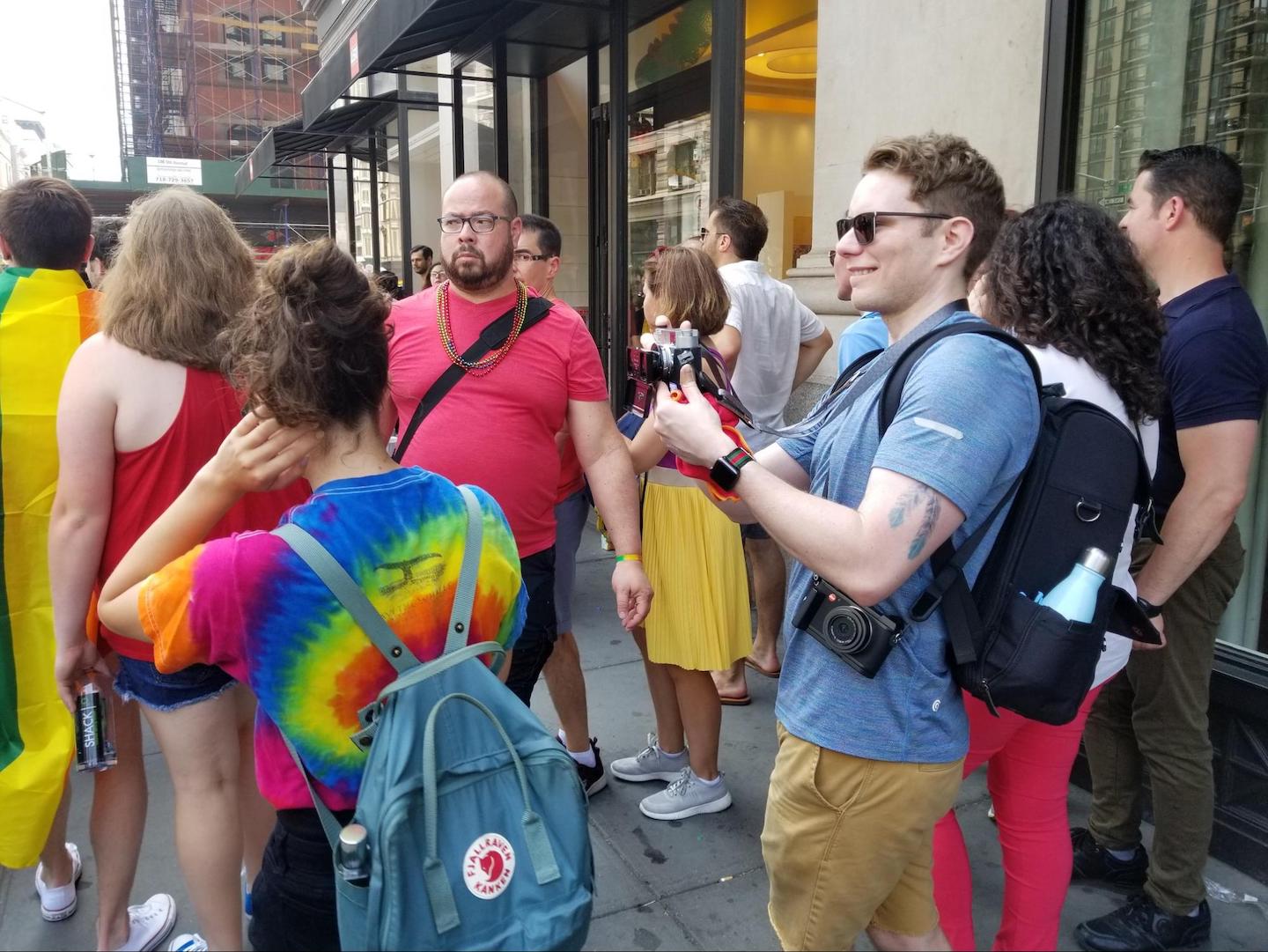 This is what counts most when watching any film. Be it a documentary, an action film, sci-fi, or thriller. No matter what the concept, the direction, the editing and the pace are like, if the film isn’t enjoyable for the viewer it has missed the goal. So when we get down to brass tacks, how enjoyable is it to watch Fill The Frame? In short, I liked it a lot. It inspired me to watch the photographers share their stories and experiences, it elevated me to see them shooting in the streets, it excited me to the point where I started visualising myself shooting in the streets of New York, something which remains just but a dream for me until this day. I think that this film is very enjoyable for the average street photographer and is also an interesting watch for the average non-photographer as my fianceé later told me. So good job to Tim and everybody that participated in this production. Well done, I had fun watching it and I will watch it again.

Here are a few key takeaways that I noted that I think you might find interesting: