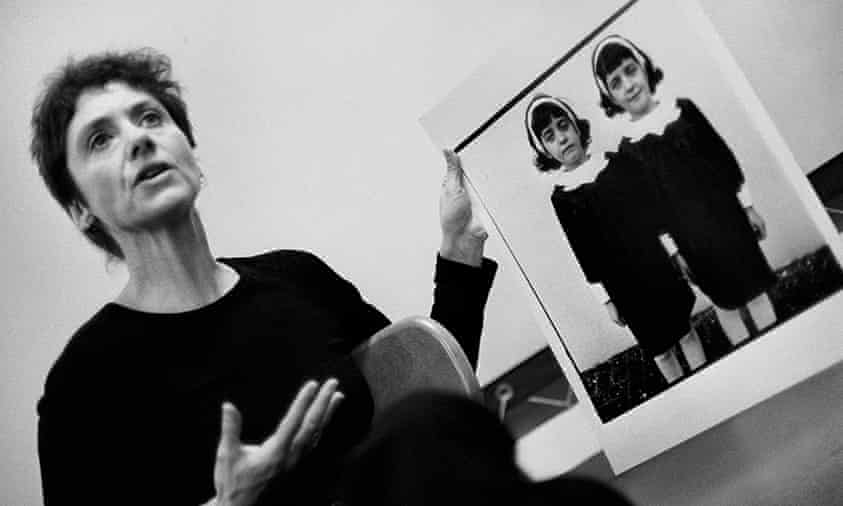 Choosing to leave her safety net is what made Arbus one of the most important and controversial photographers of the 20th century. She began by roaming the streets of New York with her camera, documenting the city and its citizens.

The so-called ordinary people that Arbus chose to photograph had many times strange and sometimes disturbing gazes. Like for example, she has shot sad and lonely children that seemed wounded by the loneliness of their childhood. “Child with a Toy Hand Grenade in Central Park, N.YC.”, shows a very peculiar boy looking gloomy into her camera with his young face distorted by aggression and defeatism. 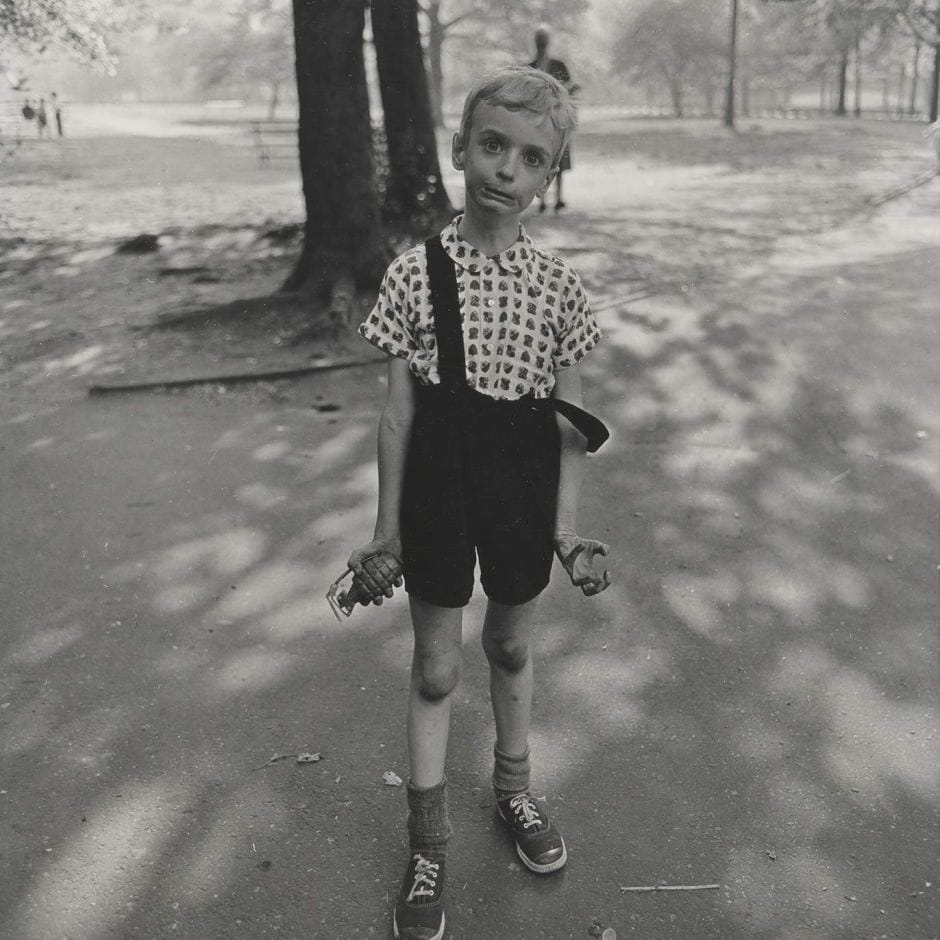 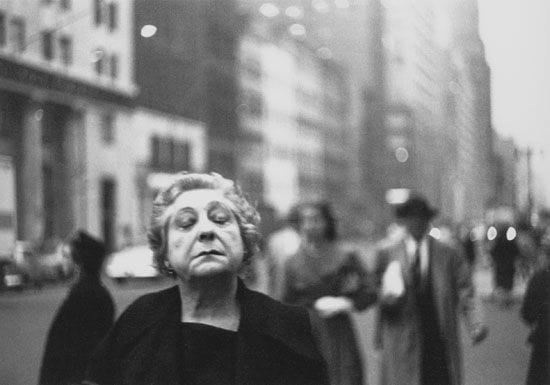 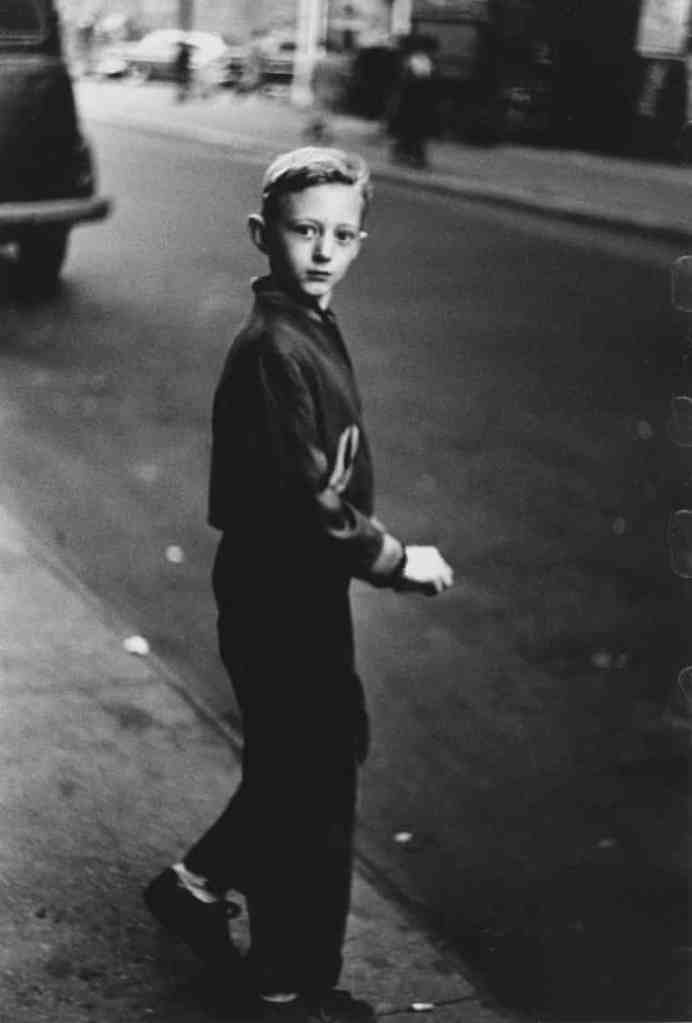 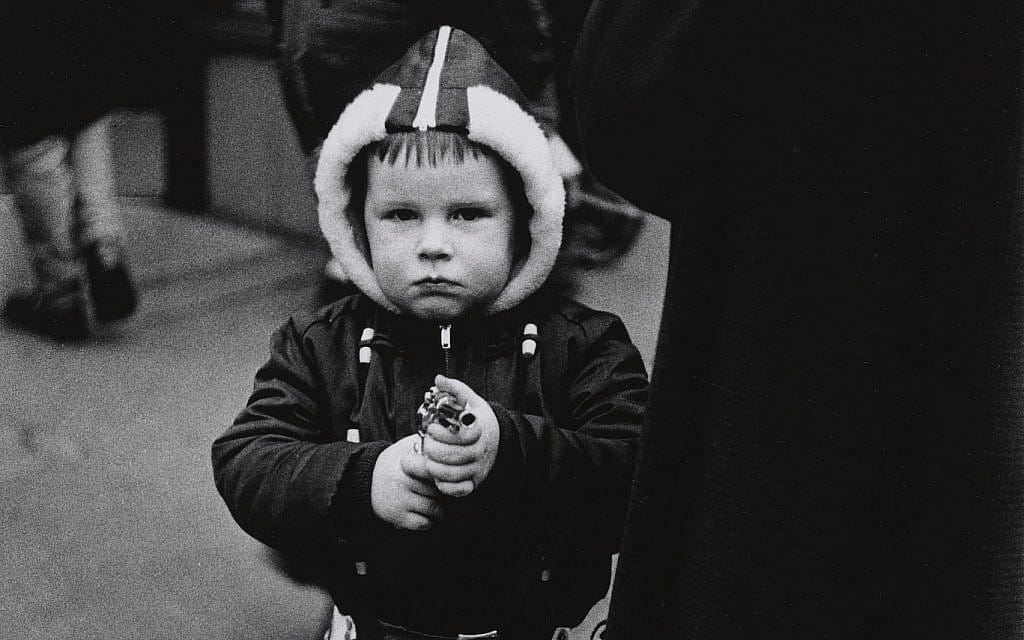 Arbus had a fascination for people on the fringes of society. She mainly photographed giants, transgender, the mentally ill, nudists, dwarfs, people working in the circus and people characterized by others as being ugly or surreal.

She was very emotionally fragile and she succeeded in channeling this into powerful creations. Regardless of one’s expectations however, her photos didn’t focus on pain but rather on the subject’s autonomy and their capacity to detach, pain being more present in the portraits of normal, ordinary people she chose to photograph. 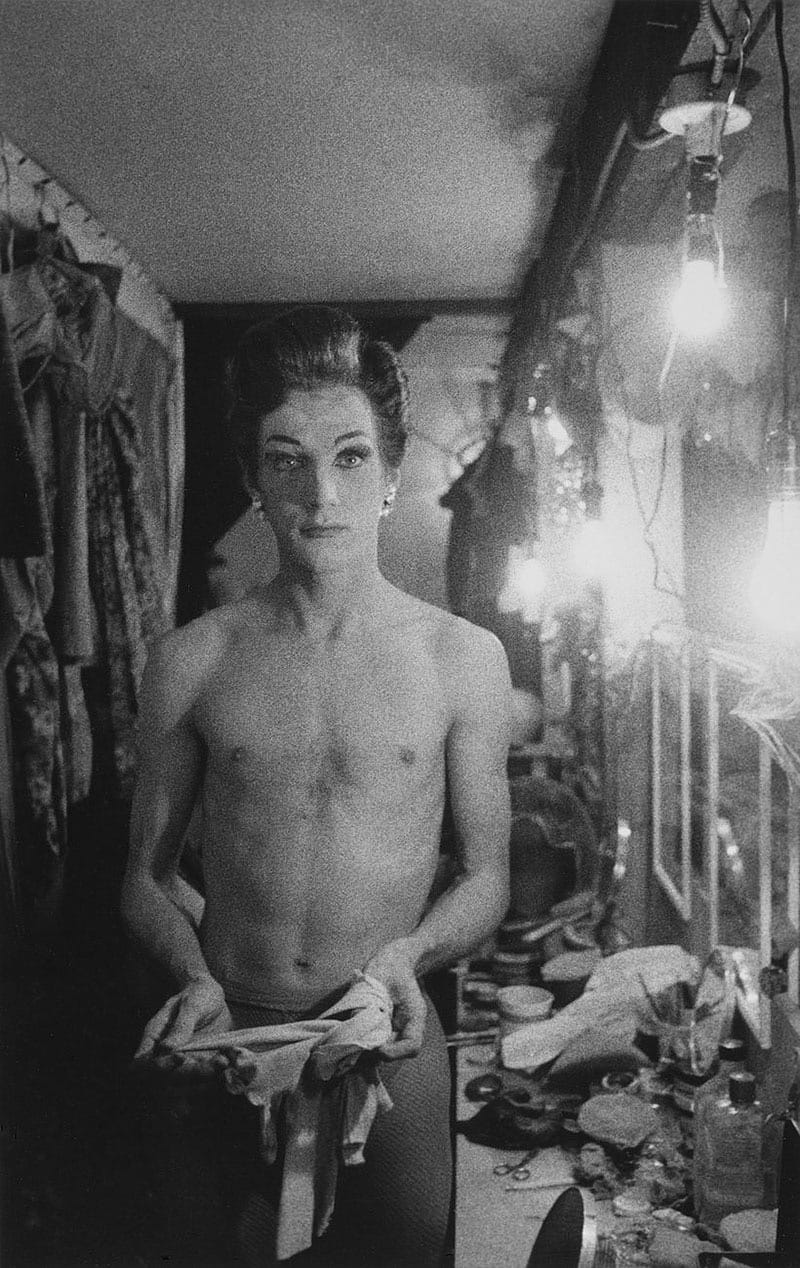 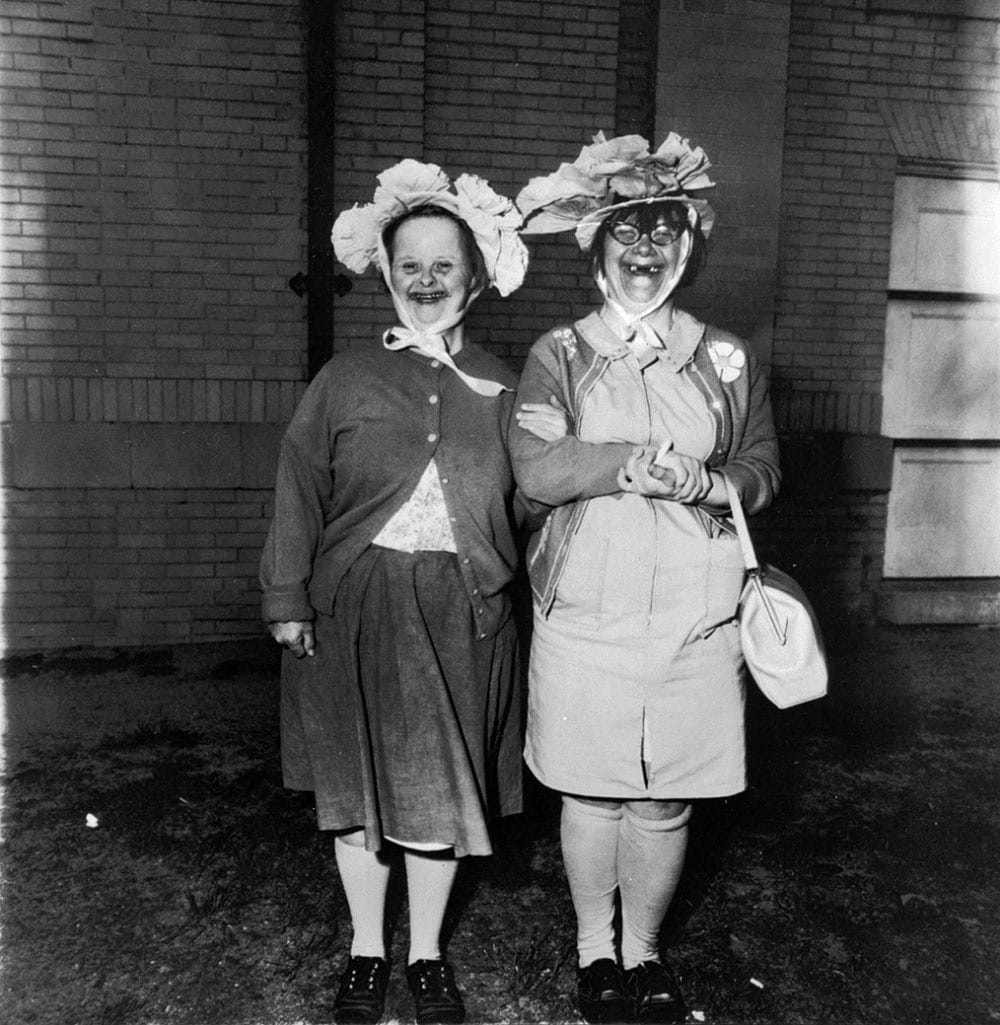 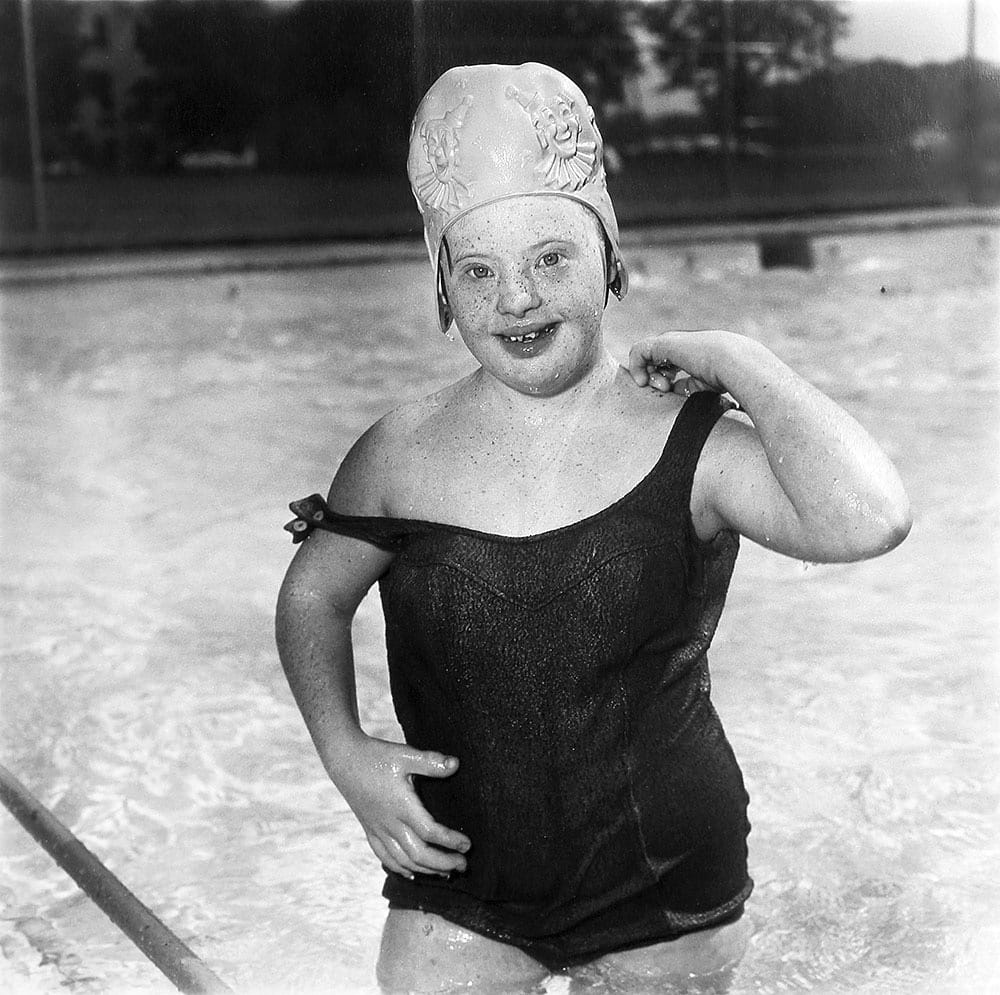 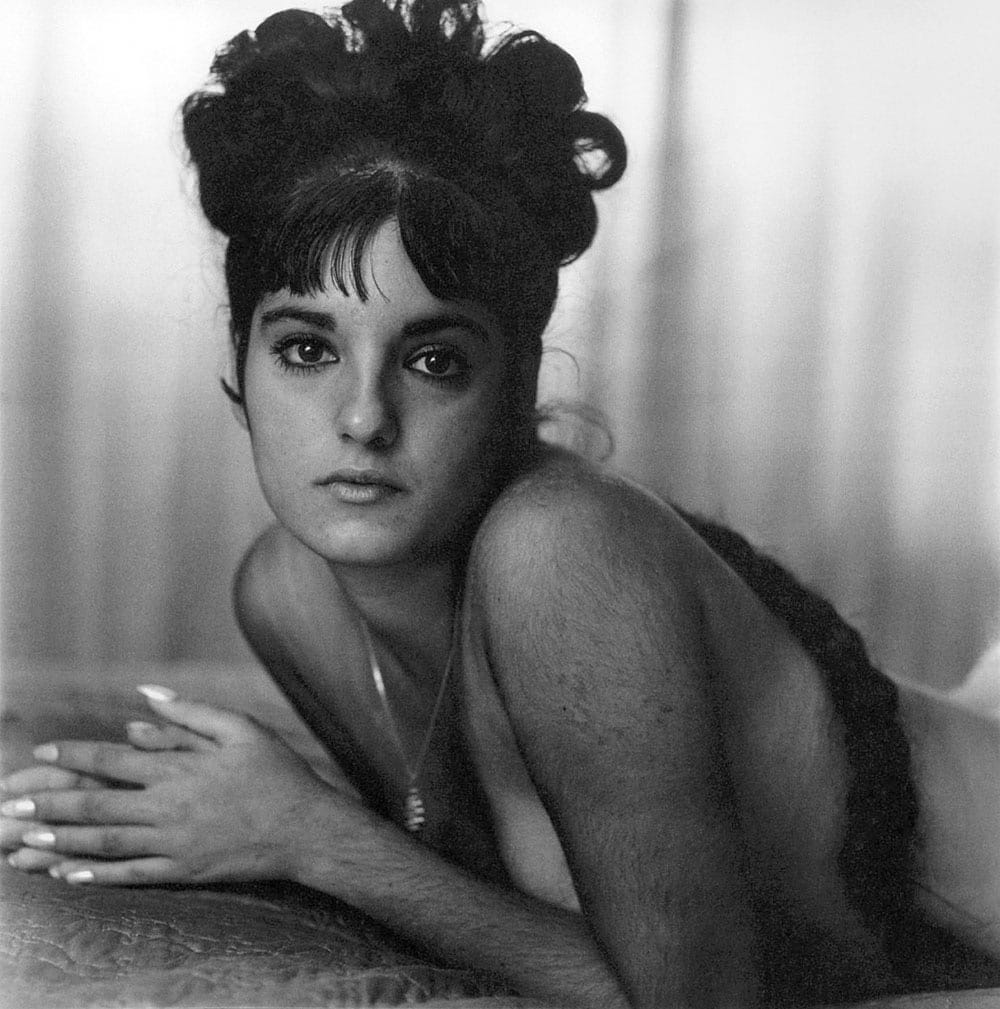 In 1971 Diane Arbus committed suicide. Her photos somewhat mirrored her fractured psyche, as she always had a turbulent life with wounded and broken relationships. There is something about her work that transcended her mental state an almost disturbing beauty that permeates many of her photos that seem to reveal her own darkest impulses.

One year after her death, Arbus became the first American photographer to have photographs displayed at the Venice Biennale. 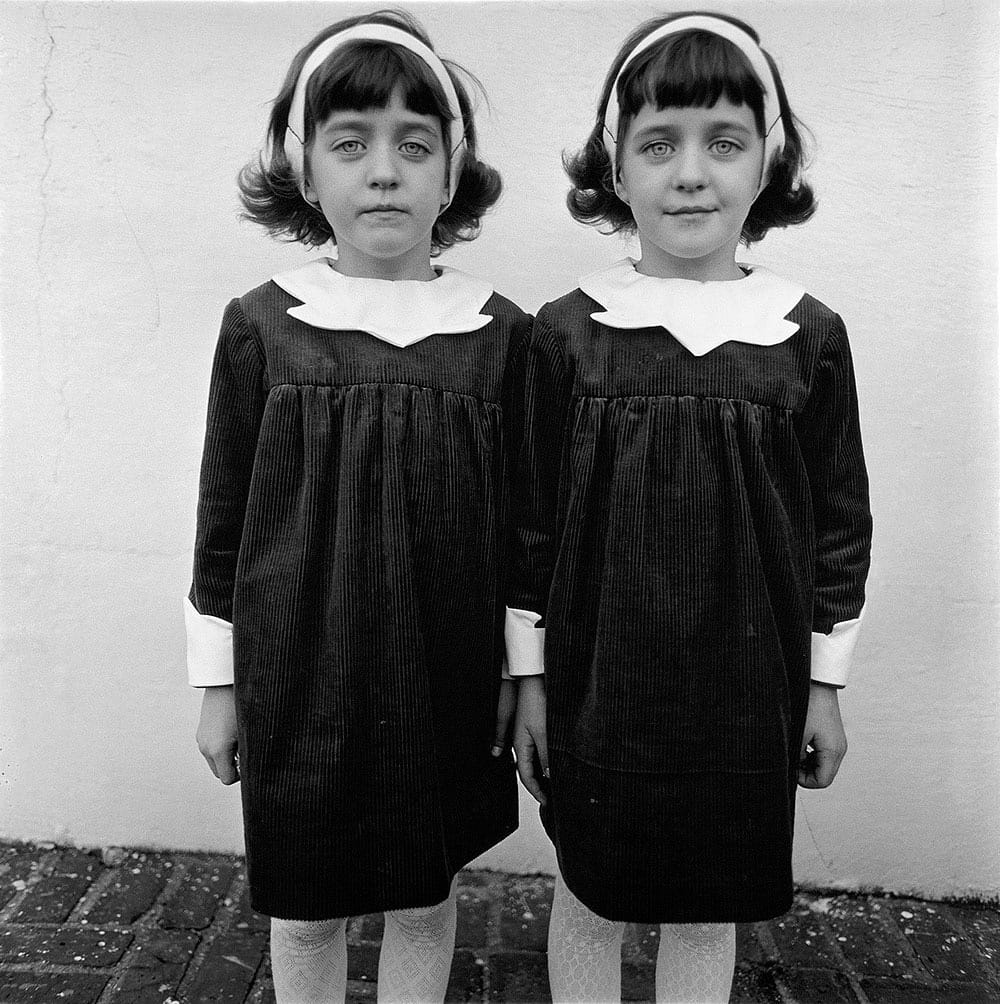 I think it is safe to say the “Identical Twins” photo that was taken in Roselle, New Jersey in 1967, was the most popular one of Diane Arbus. Perhaps that’s why it became an inspiration for many artists; the most famous example is probably Stanley Kubrick’s horror movie “The Shining”. He saw the abnormality in the sameness and their soulless gaze. This photo has been described as creepy, freakish or haunting. Those sisters’ facial expressions are so different, one seems to embrace life as the other withdraws from it.


My Addiction For Diane Arbus

Diane Arbus has really swept me off my feet. Her portraits are so meaningful and so powerful it is hard not to get addicted to her photography. I think you either love it, or you hate it. There is no in-between when it comes to her work. Because of Arbus, I started to explore the human physiognomy, the human face, and the human body more. I started to question myself when shooting.

Arbus made it very clear through her work how important it is to look closer and better at the person you photograph. How important it is for the subject to have direct eye contact with the photographer and not be ashamed of who he/she is, how much more powerful a photo becomes just by doing this. She taught me to be fearless when admitting to myself that I want to shoot things that I find interesting.

What did Diane Arbus photograph?

I think her works have a lot of depth due to this sincerity to herself. Arbus’ portraits are meticulously thought out and thus, powerful. She kept photographing expressive people. Arbus wouldn’t just shoot randomly, she gave thought and studied her subjects. She could see and feel them and connect to their inner selves by invisible strings. I think one can feel this while looking at her photos.

Another thing that she made clear for me was the fact that we should never be afraid to explore our surroundings, to take a step further and not to be scared to go ahead and photograph some people if we find them interesting.

There shouldn’t be taboo subjects when coming to certain categories of people. I think she taught a lot of photographers to strip off their prejudices and of course, she shocked a lot of others including photography critics, like for example Susan Sontag, that referred to her as a narcissistic exploiter who, with morbid eloquence, presents America as “just a spectacle of weirdos, a desert.”

There are those that see in her photos a sickness of an egocentric or narcissistic person that fulfills her needs of eccentricity by shooting weirdos. But in my opinion, she was brave in following the path she chose to, and always being faithful to herself and what she felt. Sometimes though I am not sure that it was a rational decision at all, but that the desire to take these photos was so organic to her that she just couldn’t stop it. I feel this because her work has so much power and depth, its like a deep need for her to take these photos, to pull them out of herself in a way.

She didn’t just do photography, she felt a meaningful act of creating while doing it. In fact, I think this is the way to evolve as an artist, by finding what you really like to do and continue, and try each day to become better.

This is what an act of creation should be about. Not about trends or about imitating others, but about finding your inner self, while doing what is interesting for you. Only then does the work stand a chance of becoming valuable. Authenticity and depth. I think Diane Arbus did a great job of accomplishing both these things in her photos. One can feel her interest, her fascination and sometimes even her love for the subjects she chose. 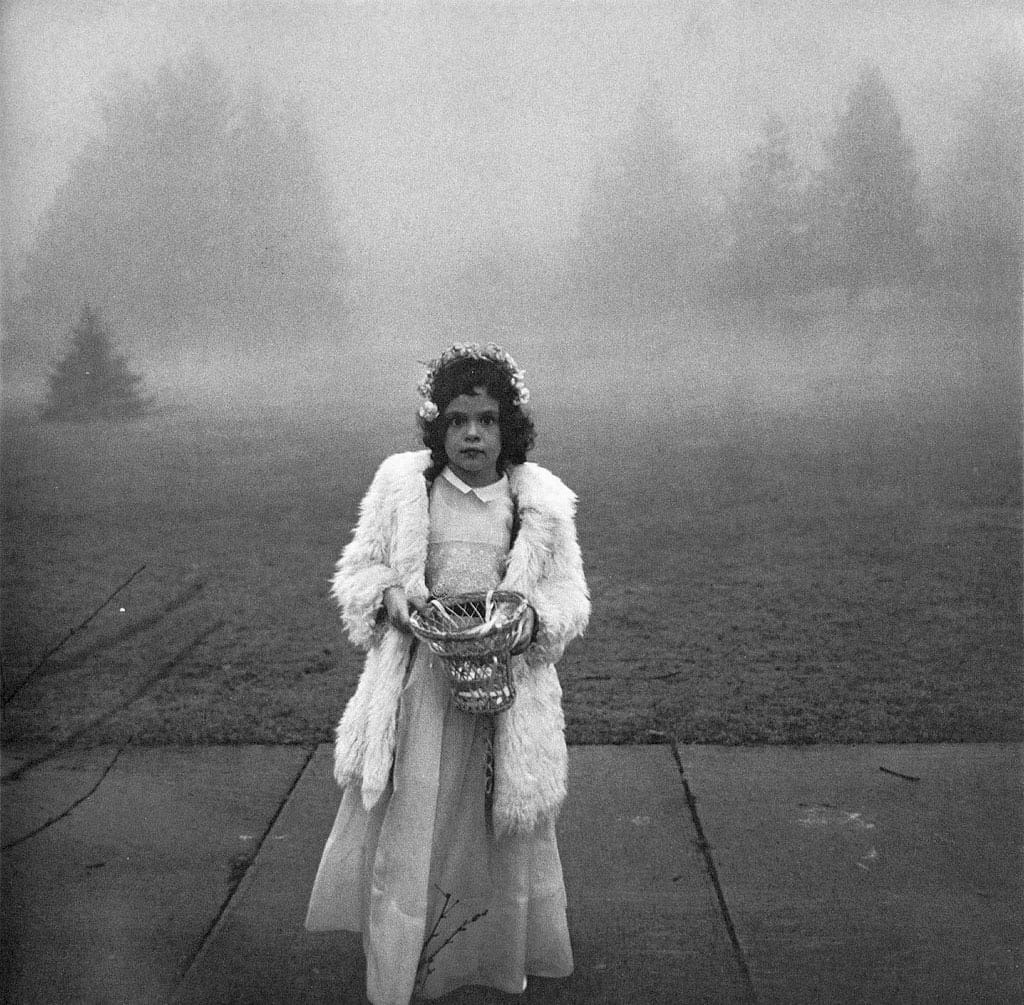 “A photograph is a secret about a secret. The more it tells you the less you know” 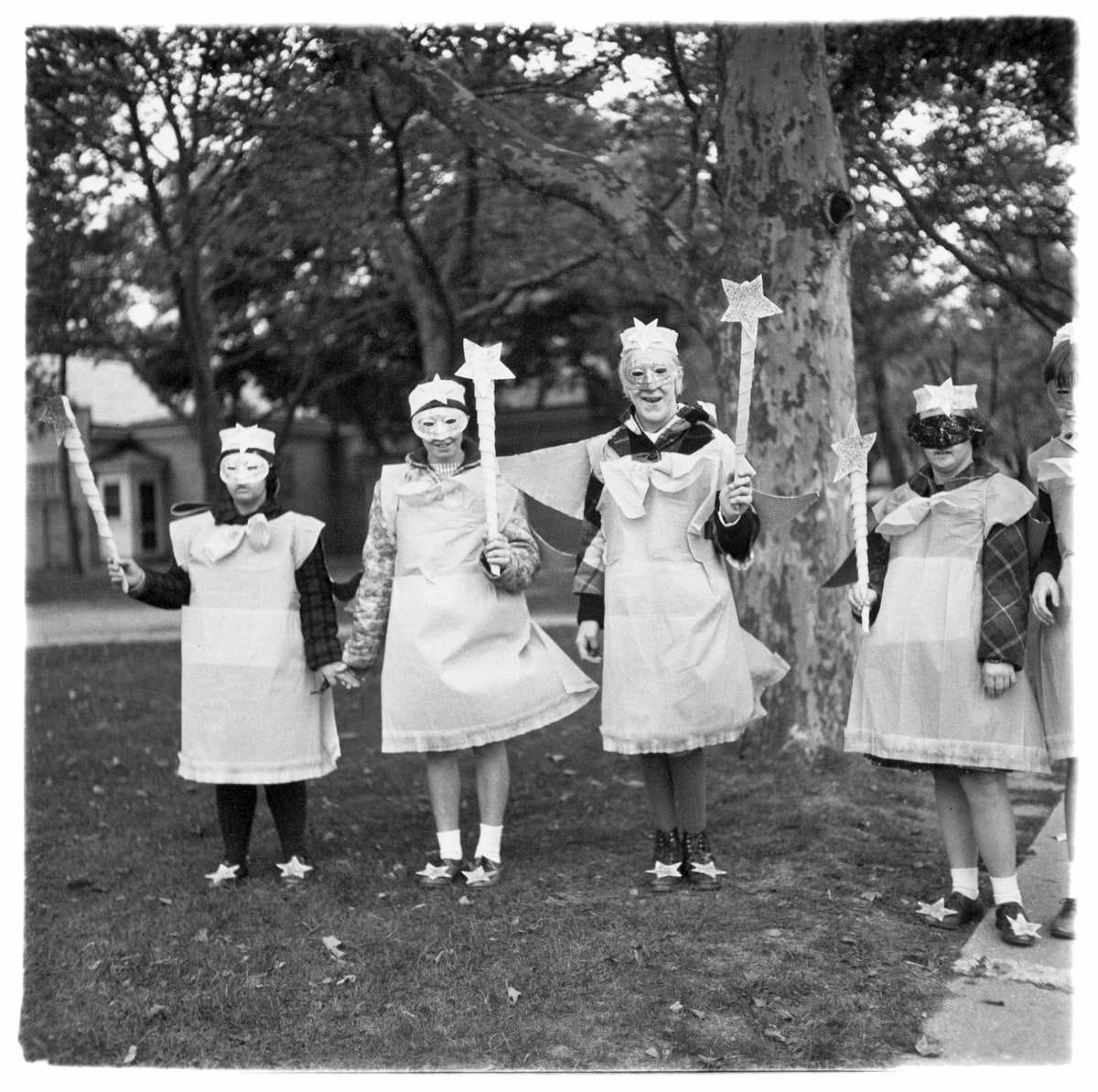 Diane Arbus is an addiction to me as I am sure she is for others too. She has taught me how to look at my subjects in the eyes and make them respond in kind. She has taught me about the diversity of choosing my subjects and about overcoming different fears and social prejudices. But the most important thing she has taught me I think is to be fearless in how I choose to express myself in my photos and how to not be afraid of how they will be perceived by others. An artist has the obligation to be true to herself first and foremost.