Also referred to as NY NY or simply New York, the city has photo opportunities everywhere. Iconic landmarks such as the Brooklyn Bridge, Chrysler Building, or Times Square make for wonderful backdrops in your New York street photography images. To capture an image that stands out, changing one’s perspective or point of view can be helpful. On the other hand instead of focusing on the overall scene, you might want to key in on a detail of a landmark and use it creatively in your composition.

For example the Brooklyn Bridge looks great from either side of the river if you are down at street level, shooting up towards the bridge. Focusing in on a specific detail might involve walking on the bridge, looking for and possibly even including patterns that different parts of the bridge show when seen up close. 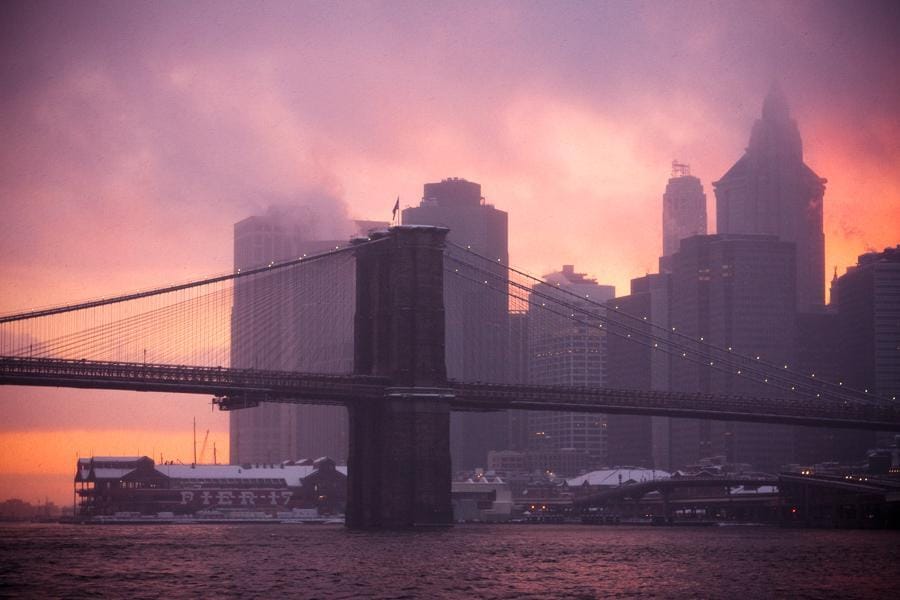 Something useful to know is that rooftop views are accessible from some buildings, usually from a bar, club, or restaurant. Some buildings have specific spots set aside for people to take in the amazing vista of the part of the New York City where that building is sitting.

Including people in the image is another method to create New York street photography that captures a viewer’s attention. In Times Square or Grand Central Station for instance, we could “use” at people as an integral part of the scene. Large crowds, such as the throngs using Grand Central Station, become part of the landscape (or streetscape) in much the same way that trees make up a forest.

Your New York street photography can resemble a postcard view if you desire. For that type of image, it is beneficial to know where the best views are, what time of day is better for lighting, or even what season of the year works best for the shot you are aiming to make. You can find that kind of information in online guides or by checking city specific message boards. One very helpful guide is The Ultimate Guide to Photography In New York City.

Since the days of Henri Cartier-Bresson and Alfred Eisenstaedt, street photography has been a combination of photojournalism and photo-art. A primary aspect of successful street photography is about capturing the moment. What this means is that it isn’t just the subject that is important in a photo, but also the element of time or the type of action that is documented. 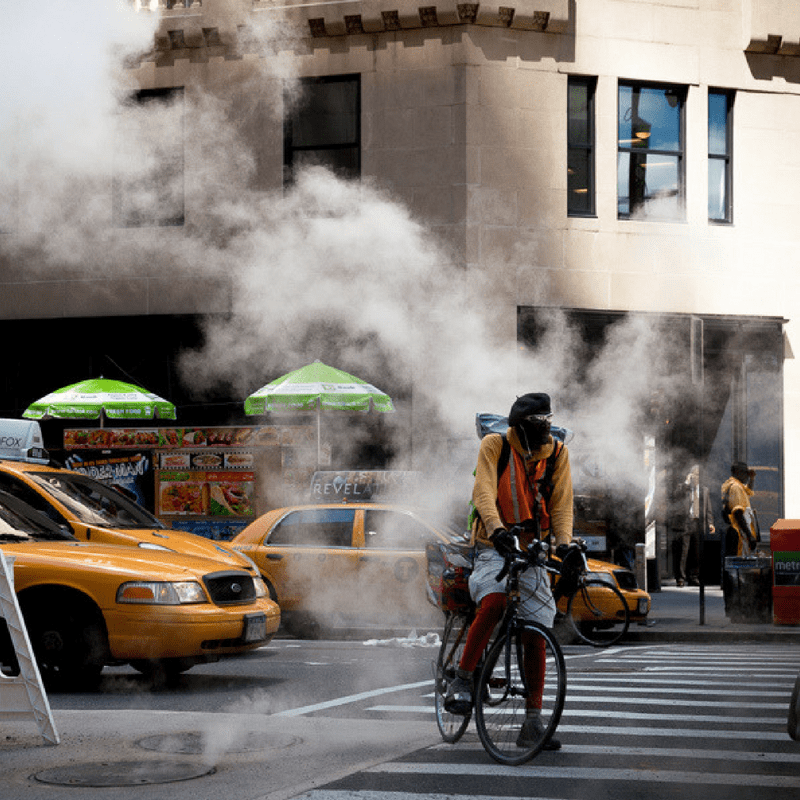 One of the basic aspects of street photography is that the photographer is in the street, right there in the mix of people, places, and things. Not every subject is automatically an interesting picture. That’s where the skill and ability of the photographer comes in. Exposure and focus are some of the skills that should be mastered for this fun and exciting art form. Current cameras have made mastering those skills more accessible to photographers of all levels.

Cameras that are best for New York street photography will give the user the ability to change exposure and focus settings quite easily or automatically. It doesn’t have to be a fully manually controlled camera, but that’s always an option. If you are not a manual shooter, you can always choose some semi-automatic options such as  exposure compensation, focus lock, spot metering, and more.

How does one capture the moment you might wonder? Sometimes, a photographer is just lucky. But most of the time, it’s because the photographer hits the streets with a specific concept in mind, camera set and ready, and “armed” with the patience to wait for the decisive moment.

Another useful tip to keep in mind if you want to to get great images in New York when shooting street photography is to stick  to areas that are likely to have interesting people, venues and things. Many of us could probably immediately think of general areas like Chinatown, Little Italy, Central Park, Wall Street, The Battery, or Coney Island, but in my opinion even residents of New York City sometimes need reminding of the best places and times for street photography. Guidebooks and online guides are fine resources for that as mentioned previously. 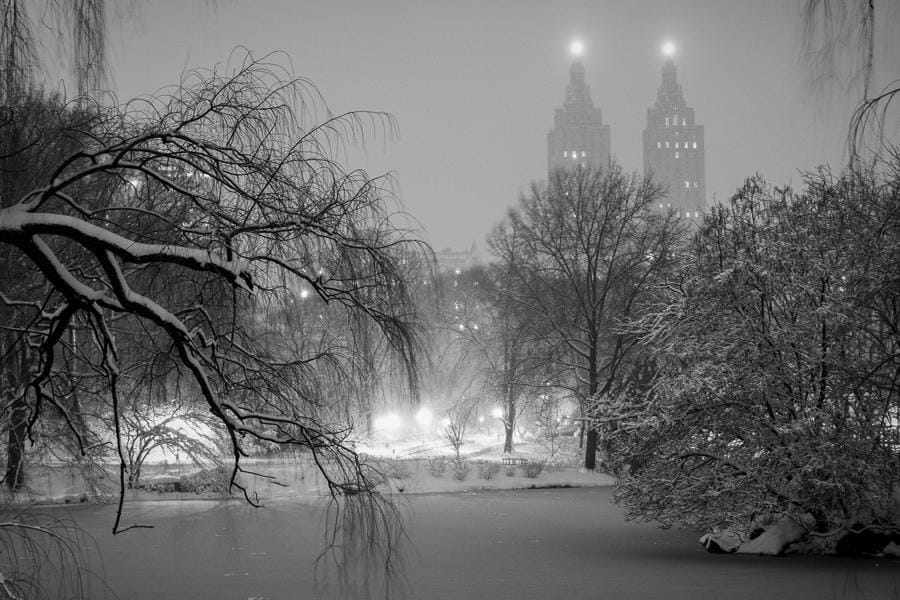 Another avenue to pursue is to take a look at the street photography of other photographers that shoot in New York. Street photography has been around since smaller cameras first showed up in the market. Actually, it was being done even before that. But, the advent of the more compact cameras, such as the 35mm cameras, made this type of photography become the genre it is today. Photos of great street photography are available to view online and in books.

Current digital cameras are great for street photography. DSLRs, mirrorless cameras, and point and shoot (compact) cameras, all have features and a size and form factor advantageous for being able to capture the moment without being noticed.

Closing, I would like to ask how then, does one actually go about doing New York street photography? A photographer doesn’t necessarily have to be unnoticed although many people think sos. You can always engage with your subjects. A candid shot might also come up while talking with someone, so subject engagement isn’t forbidden. You never know when you’ll get that awesome shot. It might be while in line to enter a Broadway play, or even at a local diner.

So in my opinion successful New York street photography depends on a few basic things. The right equipment with the proper settings, the knowledge of where to go and when, a strong focus on the subject(s) theme in mind, and the readiness to capture the moment. Having all that and keeping your eyes open will result in amazing street photography images.