Constantinos Arvanitis hails from Athens and is a member of the group of Greek photographers known as Photopia. He began shooting in earnest five years ago. Constantinos says, “photography was actually not a decision” and that it came naturally over the years.

“I became obsessed. Every click ascends me into euphoria for an instant and then submerges me into darkness. And there, I wonder alone, waiting for my next capture.”

This photographer is building a very solid portfolio of work, and it most definitely merits a look. Be sure to follow the links at the end of the interview to see more of his work!

I was born and raised in Athens Greece in 1981. My first contact with photography was in 2005 however I quickly gave up. Therefore, I would say that when i started considering myself as a photographer, ” wannabe”, was in 2012. In 2016 I participated for my first time, in a photography group exhibition. Since, I had the honor my photographs to be a part of three more group exhibitions. Also in the winter of 2016, I became member to a group of Greek photographers called “Photopia”. 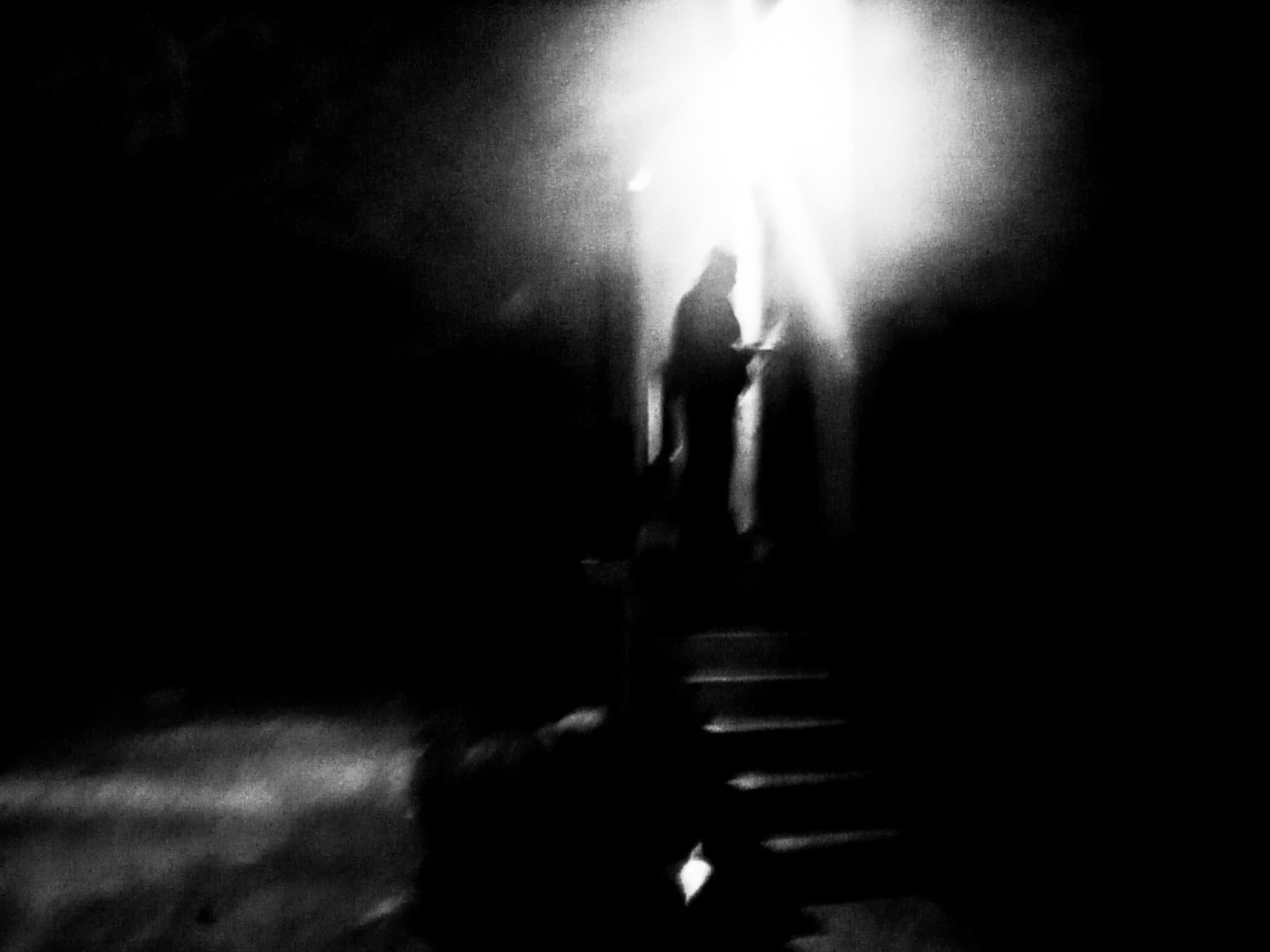 At the moment I am visiting Canada. I live in Edmonton, Alberta with my wife Constantina. Since Ι moved here I tried to tune myself with the new environment. So, in one of my early walks in the streets of Edmonton I noticed this bridge with a small window in the middle. It connects two different buildings and it’s used mostly in winter time. I was tired trying to find something  interesting to shoot and I was feeling pretty overwhelmed by all the new information I was receiving. I was new in a Canadian city and I had never traveled outside Europe. So I decided to stop walking, pick a nice scenery and wait for something to happen. I waited for about 10’. There, I managed to take two pictures of two ladies crossing in front of the window. I felt satisfied with one of the shots, and I decided to keep it and move on. After a few days, I noticed the contest and I decided to take part with this picture. So I would say that the shot was planned on the spot, but when I decided to take this picture I didn’t have knowledge of the ongoing theme.

I have tried to get into street photography since 2012. Now I can say that I was not very successful in the beginning. I tried for like one year but the results were not that great. So I stopped shooting in the streets for almost two years before I started again. You see, I didn’t have the nerve to get deep into it and I couldn’t interact with people very well. Street is something that you do or you don’t do. There is nothing in between, in my opinion of course; and that’s why it’s so hard.

I don’t consider myself to be a pure street photographer. To be honest I wouldn’t like to be tagged as dedicated street shooter, although I feel deep inside me that street photography is the king and the joy I have when I take a successful shot in the streets is ιncomparable. 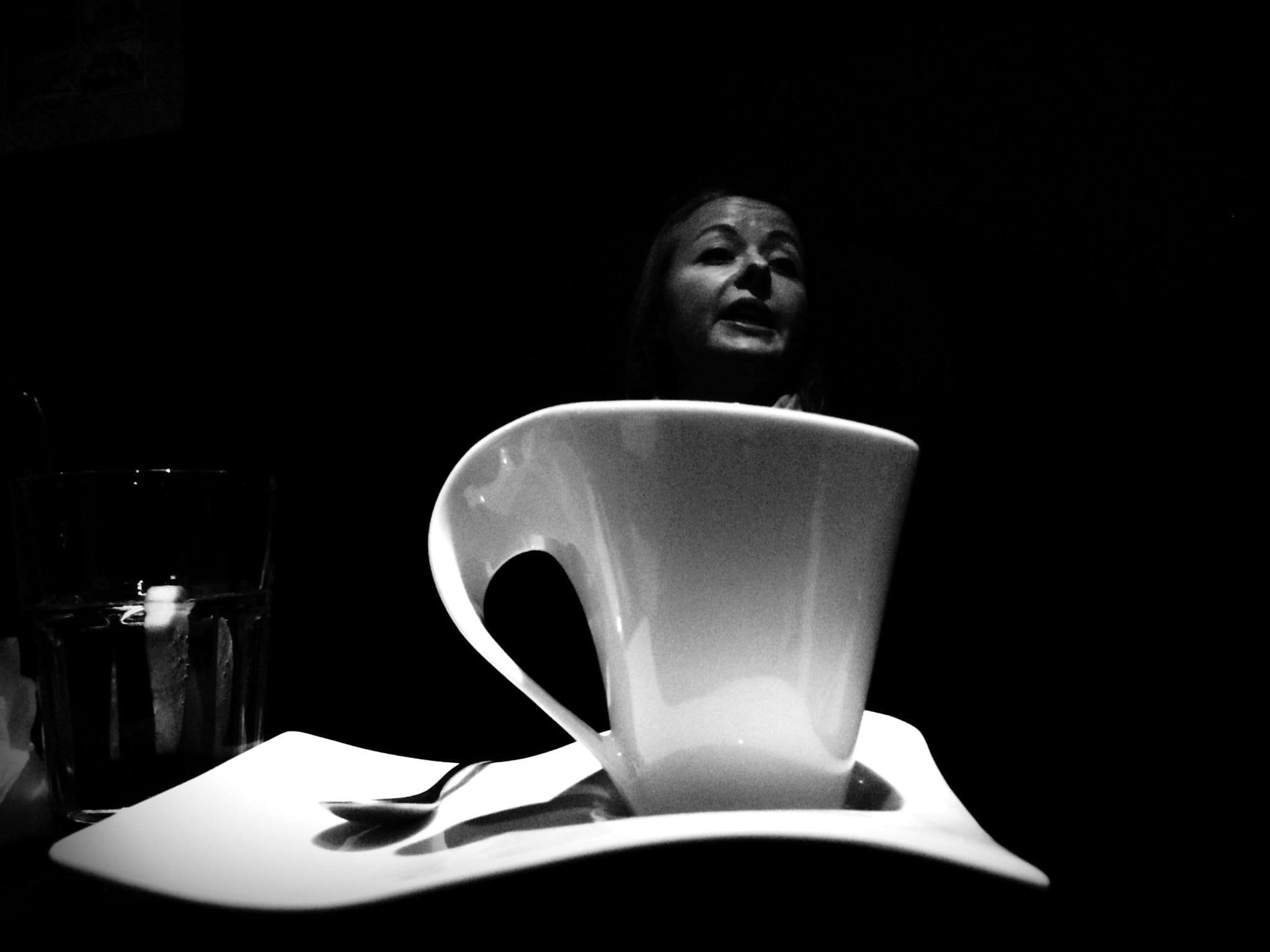 At the moment I am using a Nikon d7200. When I started shooting 5 years ago I got a 35mm lens. I stayed with it for 3 years and I am very familiar with that lens. The last year I have been also using a 17-50 2.8 sigma which I like very much. I would say that my favorite focal length is around 35mm, maybe cause I feel more comfortable with it. 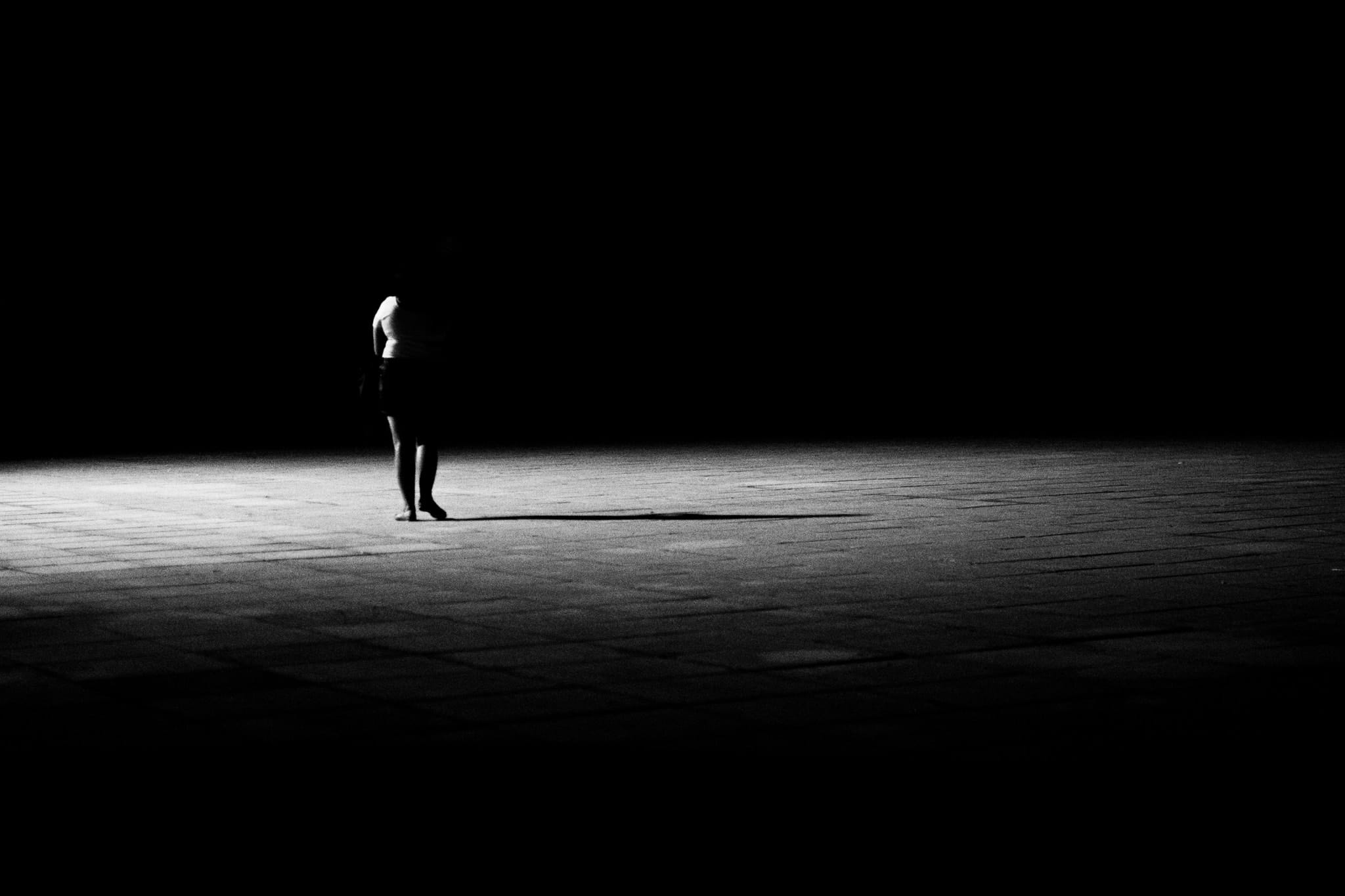 Black and white is easier. Isn’t it? For some reason I find it easier. I don’t want to be misunderstood, I love color. It’s just that I am not very good at it at this point. I am changing that, slowly. You know, I wouldn’t participate in a Color contest a year before. So that is a proof that I am changing, or I think it is. 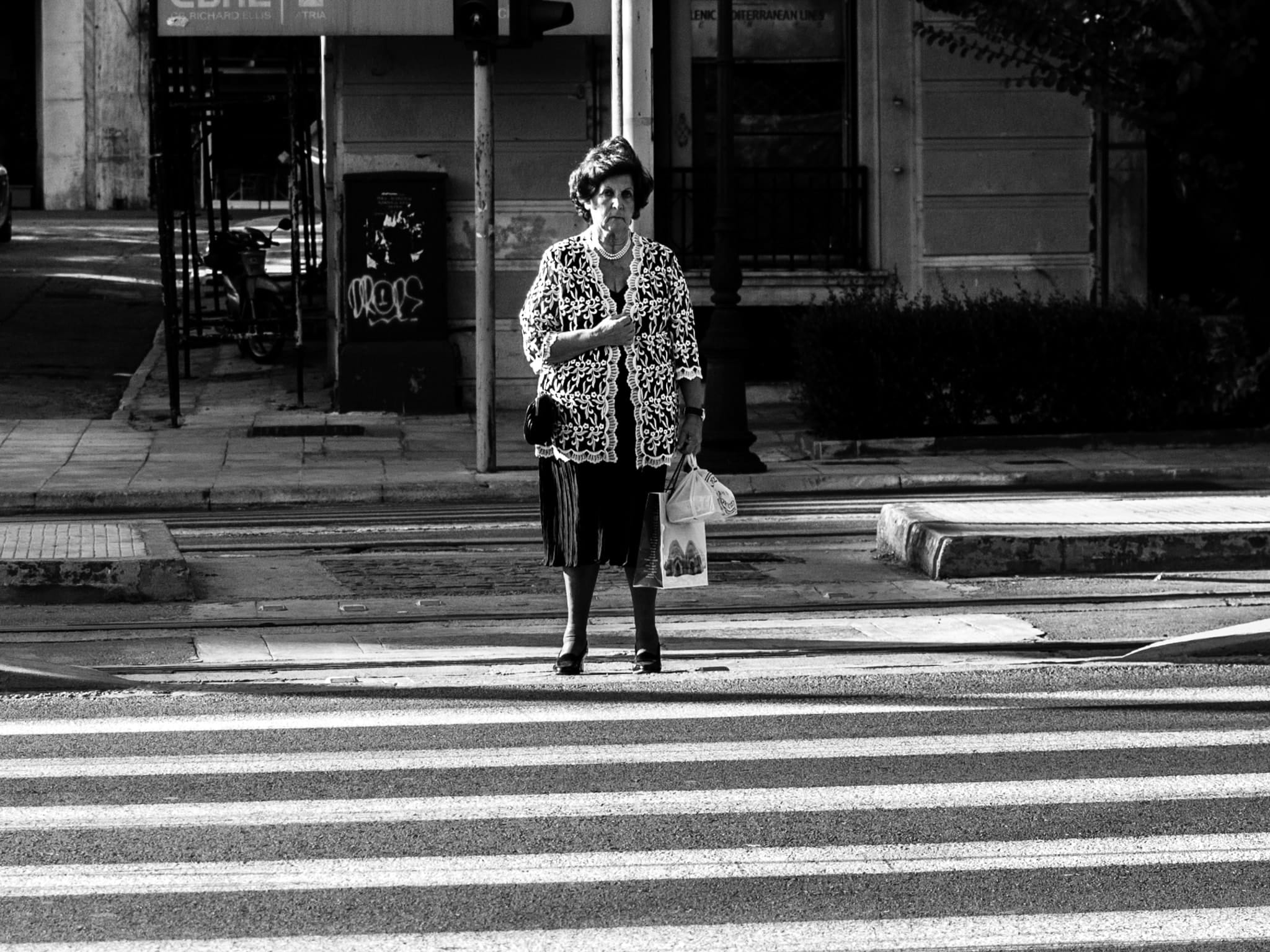 I think and see in Black and White. High contrast and hard light is a magnet for me. I can get really creative in such conditions. I don’t know why, but since the beginning I was drawn by high contrast, black and white pictures. 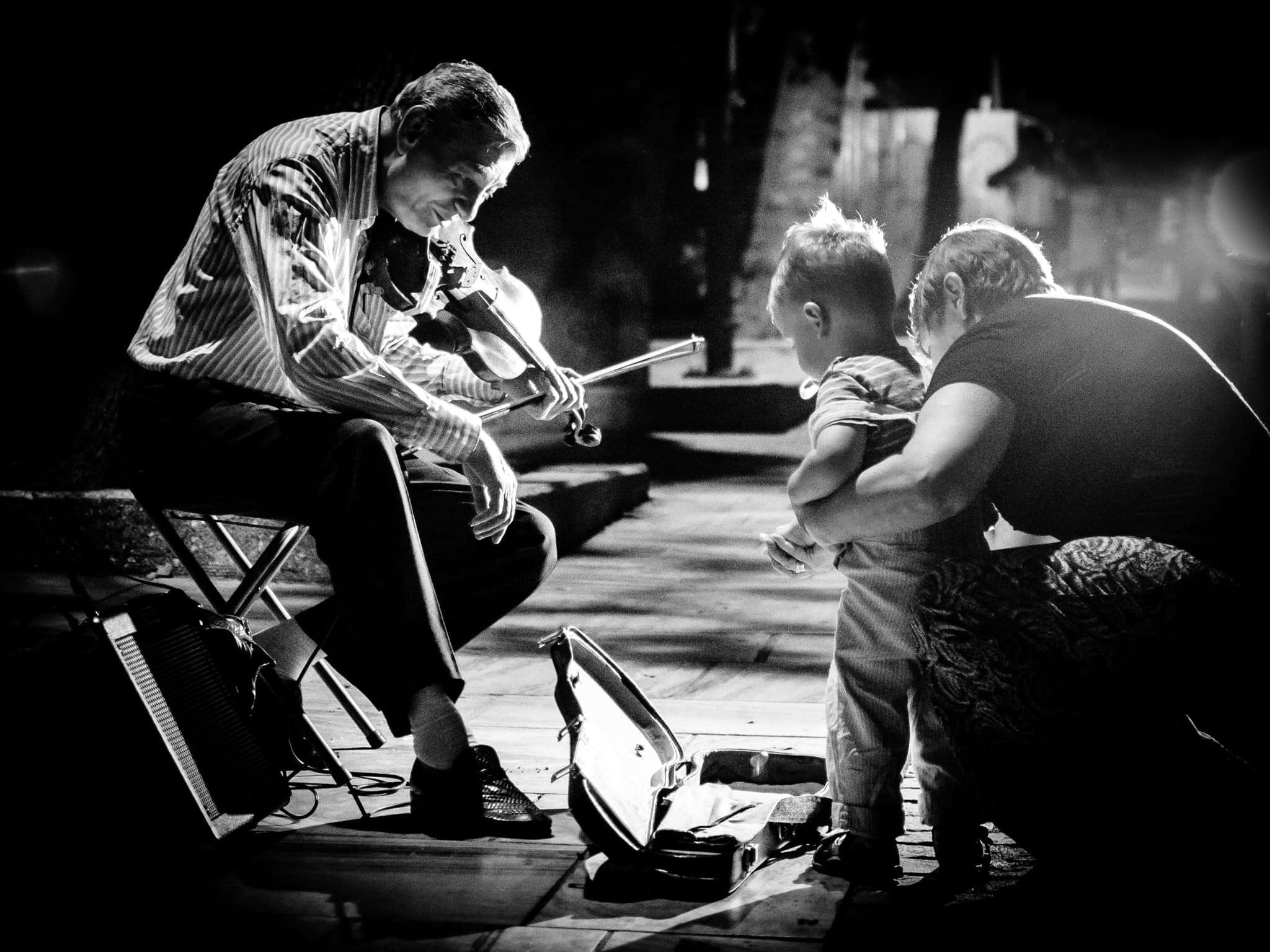 I would lie to you if I say that I prefer one way or the other. As long as the composition works for me and something interesting is going on in the frame it makes me happy. 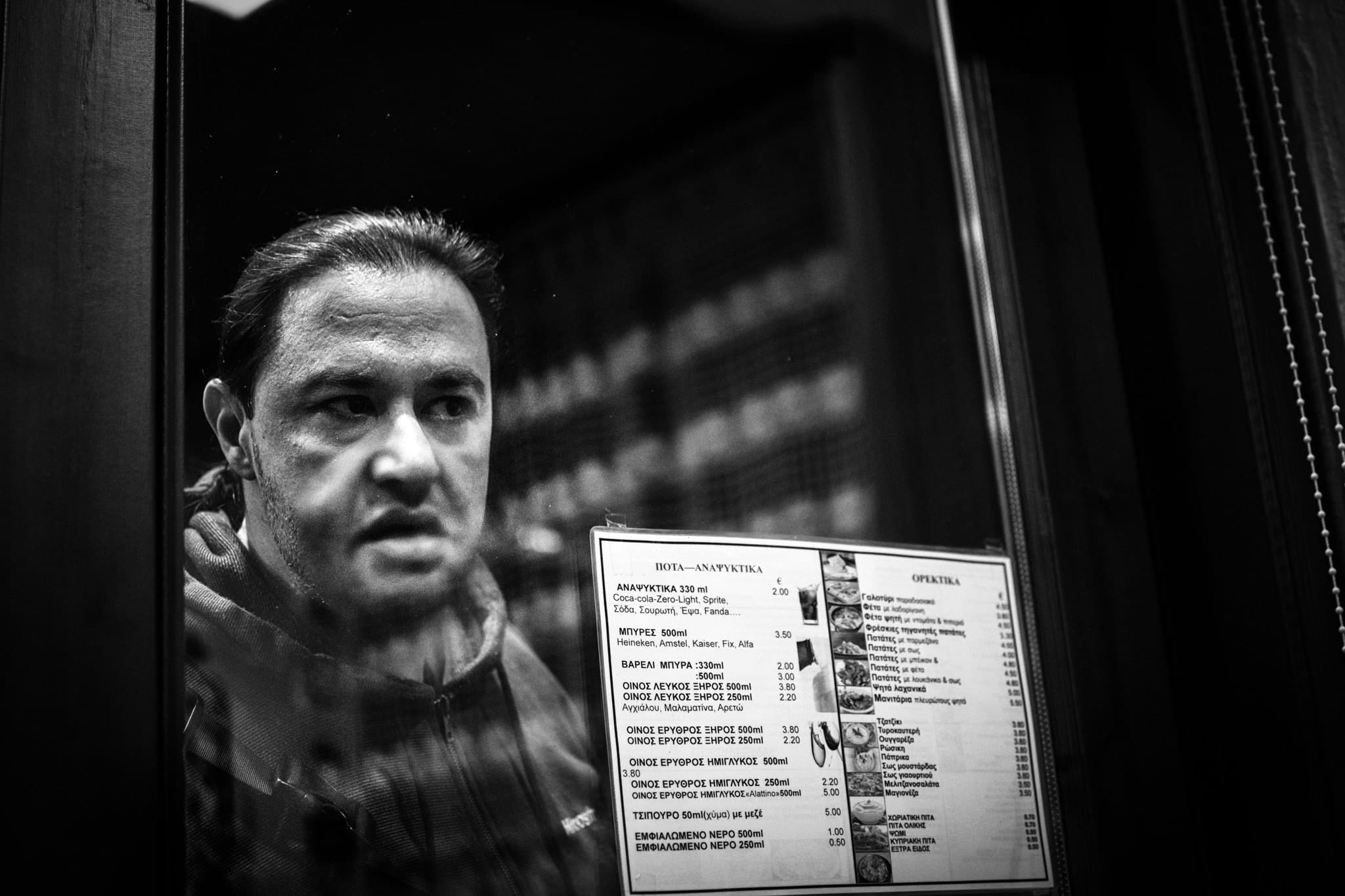 I have a workflow yes. Generally speaking, after I take a successful shot, I see it in my computer and do a very fast post production. I would let it sit there for 1-2 days, sometimes a week. When I see it again I can be sure if it works or not. So, If I decide to keep and share, I start post production. It usually takes 5-10’. My tools are vignette, shadows, white, contrast, noise reduction and sometimes curves. I make sure that it looks ok in different screens, so I email it to my phone, tablet, laptop etc. After the last check is ready to go. If I don’t do the screen check it takes 3’-4’. 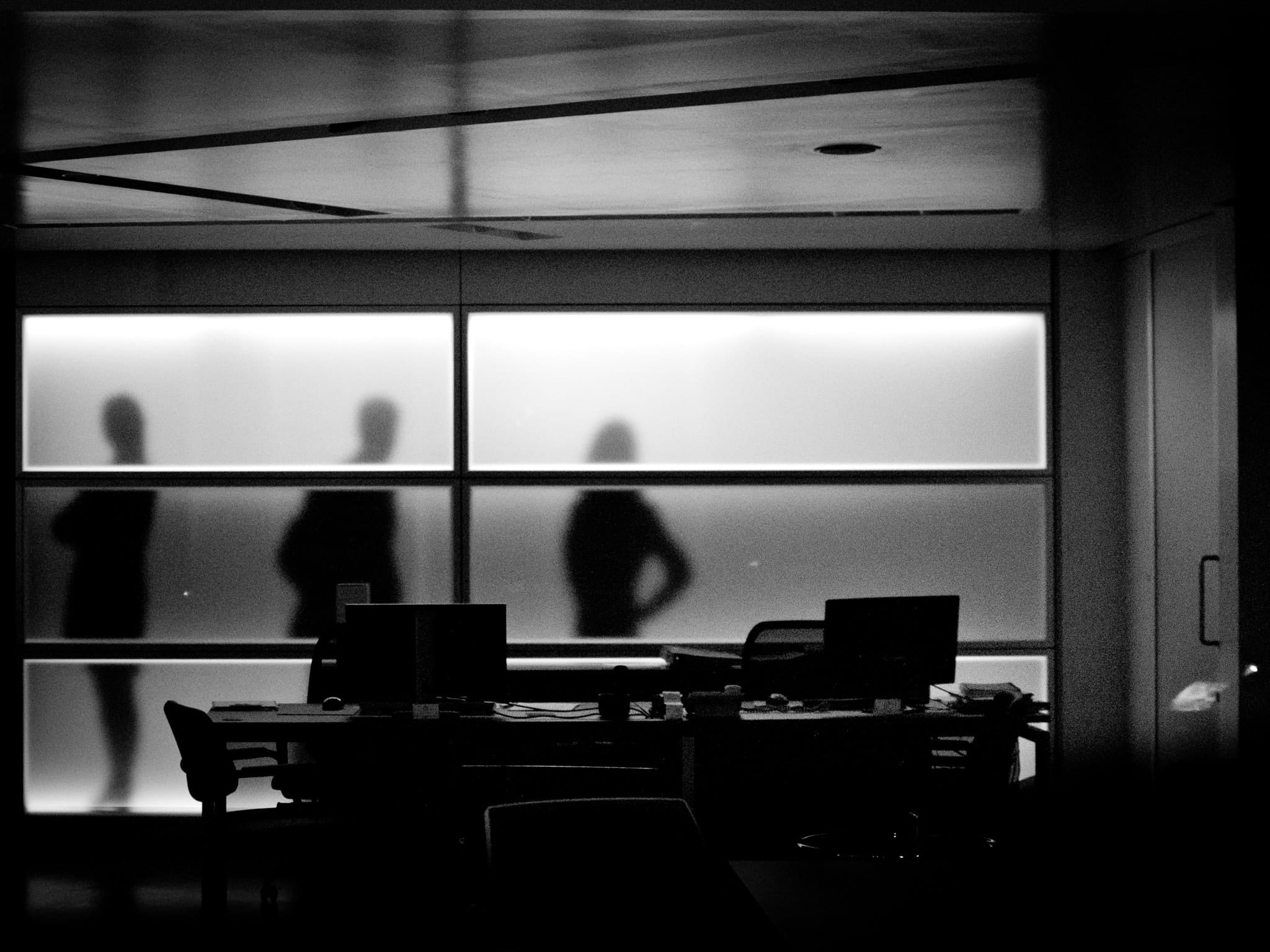 I am not very good at selling stuff. I would say that Athens is a great city to live and to be an active photographer. It is vast and populated. The only obstacle between you and a good picture, when walking in the streets of Athens with your camera, is yourself and the lack of imagination or determination. 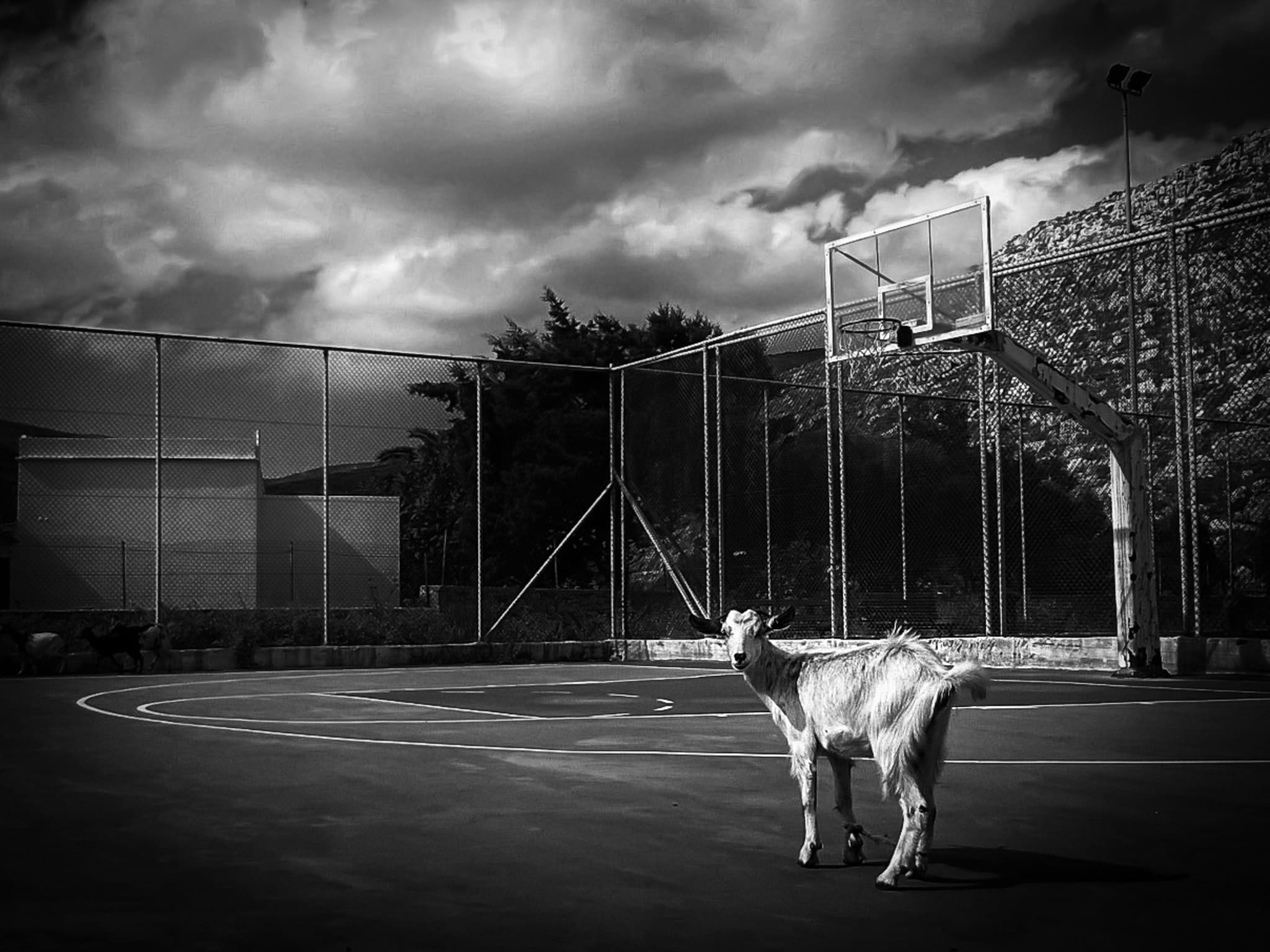 I would be happy to shoot everywhere as long as there is something to shoot. 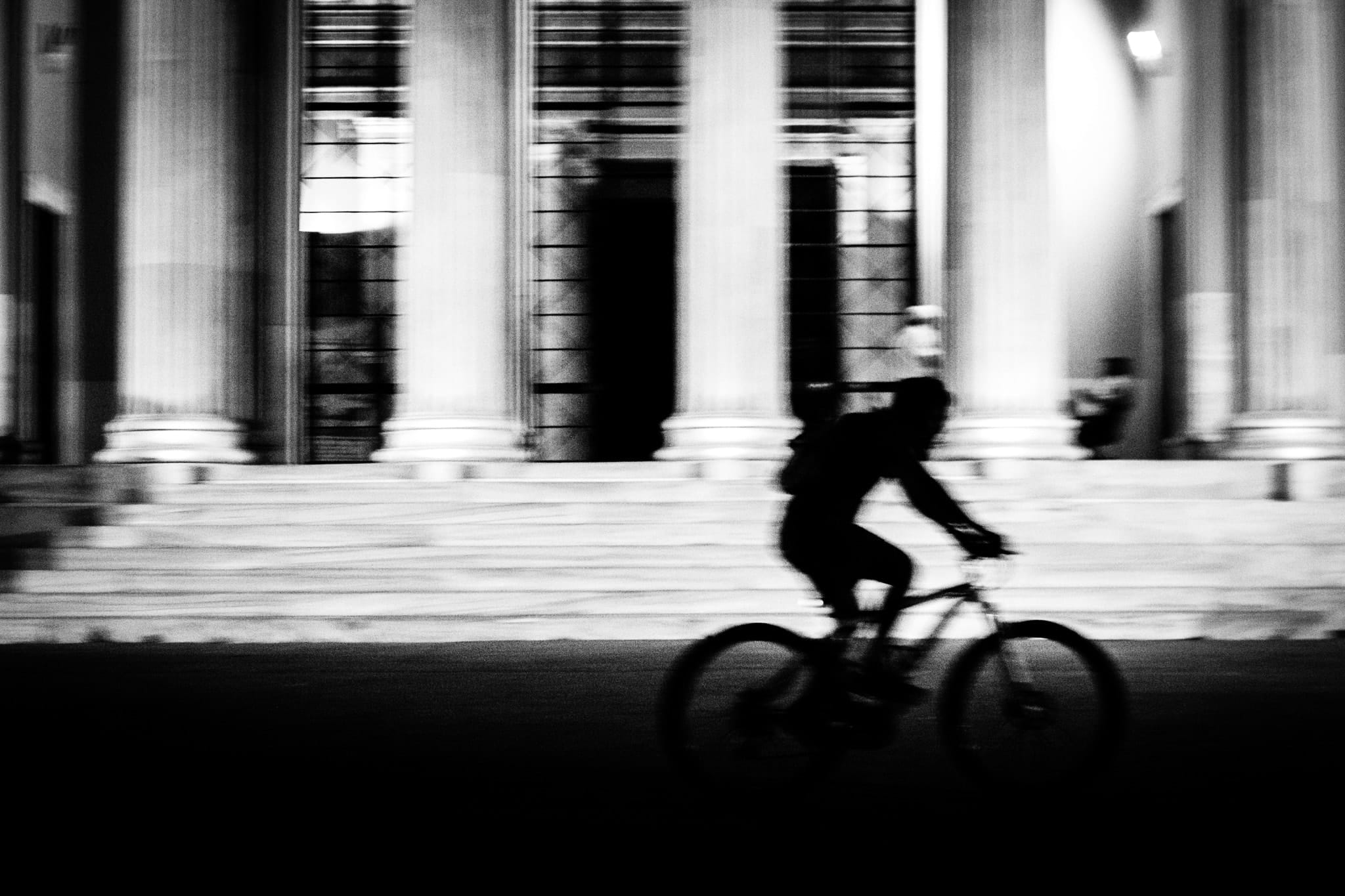 I don’t know anything about the future. I have dreams as we all do. I had a proposal from Greece for an exhibition that I had to decline because I am away at the moment. I just have to wait and see what happens next. I am not in a hurry or something. Things like photography takes time and I feel it’s too soon for me. 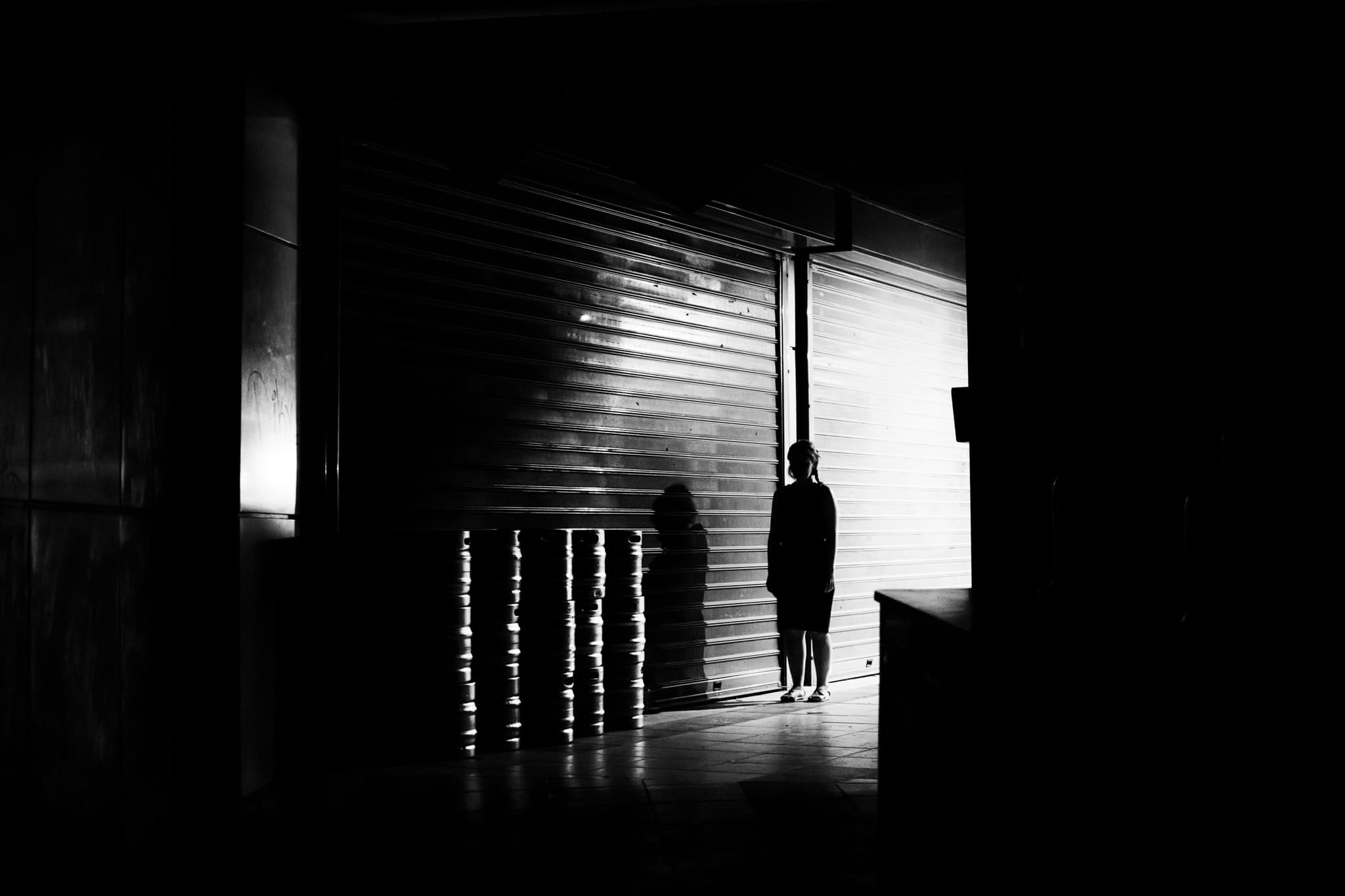 Where You Can See Constantinos Arvanitis’ Work