One of Time Magazine’s Unsung American Female Photographers of the Past Century, who was known for documenting the heart, heat and abandon of the wild 1970’s and 80’s disco and punk scenes, is back with a new exhibition! However, this time, Meryl Meisler has turned her lens on a different circus.

Sassy Circus & Creepy Clowns features Meisler’s images from the Finale Day of The Greatest Show on Earth, along with her interpretations of The 45th Administration. The Greatest Show on Earth refers to The Ringling Bros and Barnum & Bailey Circus, which just ended it’s run of 146 years, and Meisler was at one of the finale performances to capture it. The circus ended its run due to declining ticket sales. The decline was attributed to the circus no longer using live elephants in its performances after scrutiny from animal rights groups and corresponding local ordinances.

The second ‘circus’ Meisler works with is one she creates by taking her 1977 clown pictures and transforming them, using images of US President Donald Trump’s administration to create what she calls “creepy clowns”. 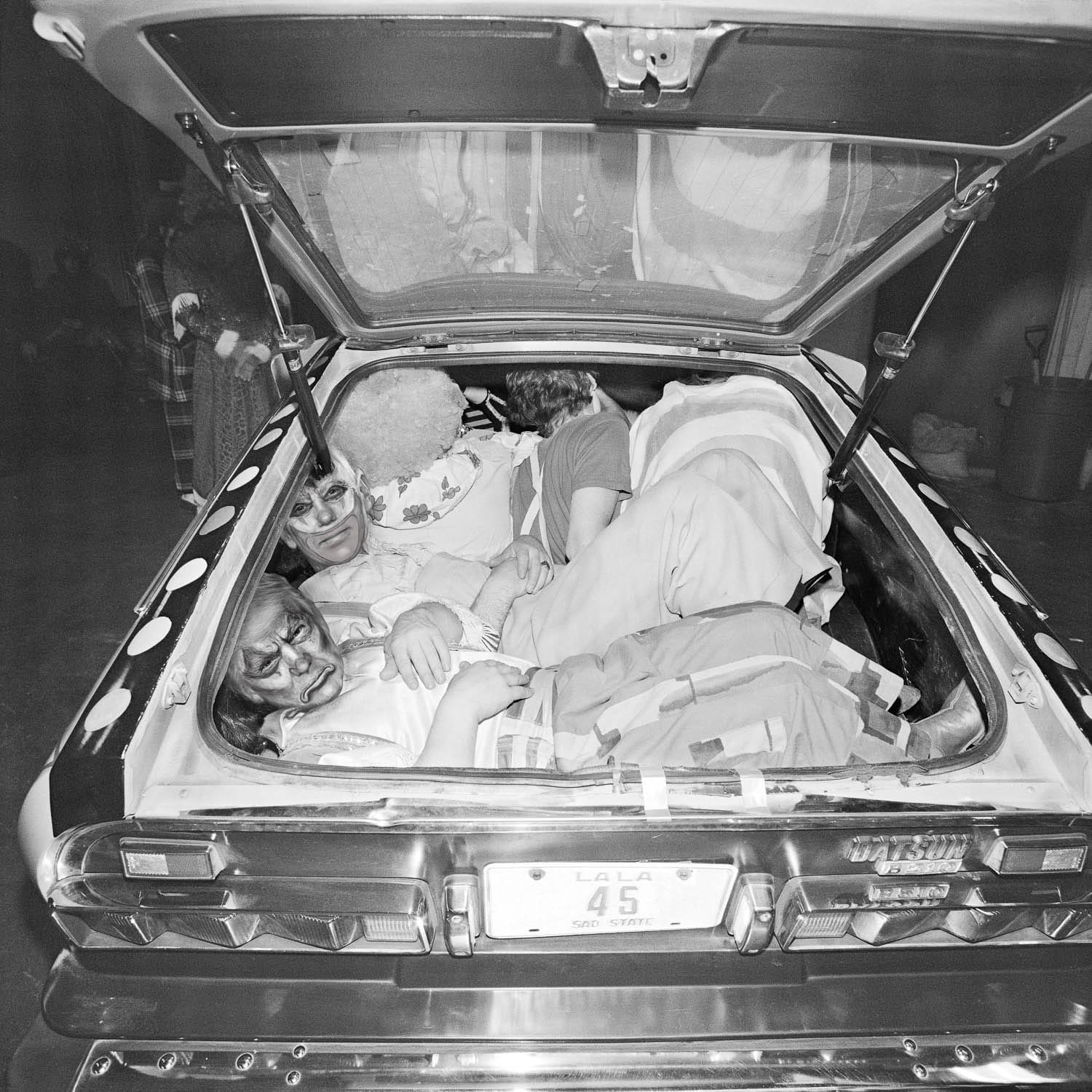 The exhibition opens today, Friday September 22, from 8-11PM at the Bizarre Black Box Gallery as part of the Bushwick Open Studios event, which runs all weekend. Meryl Meisler will be present, signing copies of her two books, ‘A Tale of Two Cities: Disco Era Bushwick’ and ‘Purgatory & Paradise: SASSY ’70s Suburbia in The City’. The exhibition will run at Black Box through November 22nd, and the gallery is open daily from 11am – 4am. The gallery is located at 12 Jefferson Street in Brooklyn, NYC.

Meisler is also taking part in Brooklyn Photographs, an exhibit of 11 photographers work, that illuminates the important role that photography has had in preserving aspects of Brooklyn’s neighborhoods and traditions, and in documenting the extraordinary cultural and social diversity that is a hallmark of the borough. Brooklyn Photographs will be exhibited at Gallery at BRIC House, The gallery is located at 647 Fulton Street, Brooklyn and the exhibition runs from September 7 – October 29, 2017. THe gallery hours are Tuesday-Saturday, 10am-4pm and Sundays 12pm-6pm.

In addition to her two books, Meisler has quite the list of accomplishments in the photographic world. Meryl has received fellowships and grants from New York Foundation from the Arts, The Puffin Foundation, Time Warner, Artists Space, C.E.T.A., the China Institute and the Japan Society. She has exhibited at the Brooklyn Museum, Brooklyn Historical Society, Dia Center NYC, MASS MoCA, The New Museum of Contemporary Art, and The Whitney Museum of American Art and in public spaces such as Grand Central Terminal, The South Street Seaport and throughout the NYC subway system. Her work is in the permanent collections of AT&T, Bibliothèque nationale de France, Brooklyn Historical Society, Library of Congress, Islip Art Museum, Metropolitan Transit Authority, Pfizer, Reuters, Columbia University, YIVO Institute for Jewish Research and within artist books in the collections of Carnegie Mellon, Centre Georges Pompidou, Chrysler Museum, Metronome, Museum of the City of New York, Museum of Modern Art, and the Whitney Museum of American Art.

Meisler is a fantastic photographer and it should be most interesting to see how she captures both of these ‘circuses’!