The winning shots for The Street Hunters Monthly Theme Contests have been outstanding! Each month, each theme, has brought us a slew of great submissions and choosing finalists has become a most  delightfully arduous task. Christoph Wuzella knocked us out in March with his Flash theme submission. Kristof Vande Velde took us into the Surreal with his otherworldly February submission. And Roy Rozanski crossed us up properly with his Zebra Crossings submission for January. So, what would April bring?

The theme for April was Juxtaposition, and again we were showered with some killer submissions! Juxtaposition, as defined by Merriam Webster, is “the act or an instance of placing two or more things side by side often to compare or contrast or to create an interesting effect.” The clever capture/use of juxtaposition can truly make a street photograph. That being said, there was cleverness abound within April’s submissions. However, there was one shot that brought it home with *multiple* juxtapositions! The one who prepared the buffet of juxtaposition? That would be Sreejith Kaviyil!

Sreejith Kaviyil hails from Kerala, the southernmost state of India and teaches physics for a living. But Sreejith has a passion for photography as well, in particular… street photography. “I love photographing people on streets,” Kaviyil said. In 2012, he bought an entry-level DSLR and he has been in “deep love with this instrument” ever since. He shares his work in groups like APF, Street Photography in the World, Facebook and also on Flickr and Instagram.

After the interview, be sure to follow the links to see more of Sreejith’s work and keep him in your feeds to see what unique scenes he and his camera will capture next!

To a small extent only. I was actually impressed by the colors and the geometries of the metallic structures in that particular park. It was taken from the Planetarium of Calicut and in front of it they got a small science park where simple scientific principles are demonstrated for the sake of kids and those colored structures are a part of one such demonstration and I decided to keep that as my foreground. My main focus was the spot where the lady in black was standing  as it was one such position where I don’t have any overlap with the foreground and with kids playing on that circular structures in the background I could get a nice layered photo without much overlap, that was my thought. So I waited there for more than an hour or so and was basically clicking every time a person entered that particular central spot. When the lady in black entered into the scene with her kids and they started playing over that structures, I was waiting for her to reach that spot and when she reached there I clicked and it was perfect for me as luckily the kids got aligned in a perfect synchronized manner  without any overlap with my foreground. So other than the straight and circular geometries in the image all other juxtapositions you mentioned like young and old, colored and black etc were pure luck. 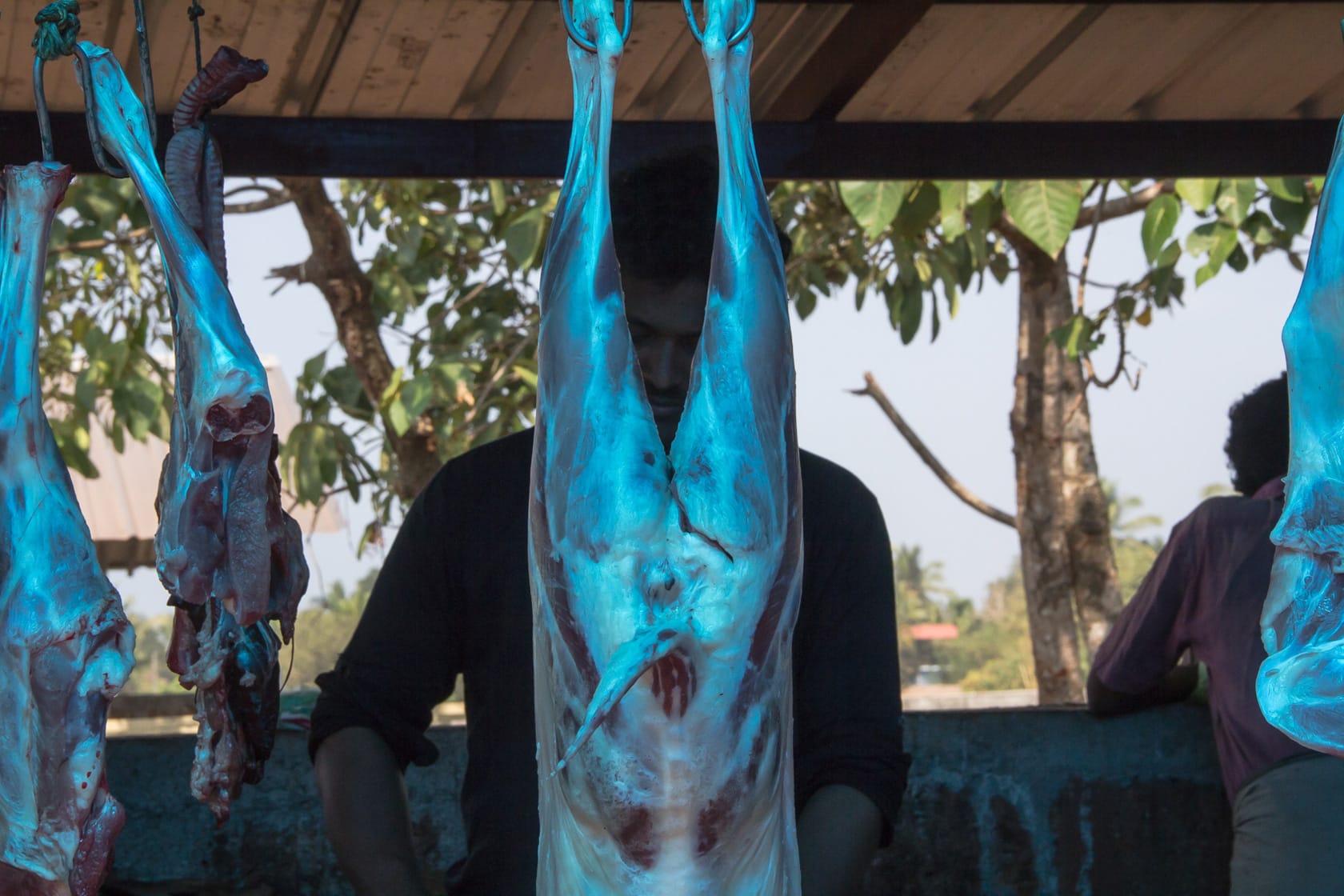 I worked for an MNC for some time in 2007 and during one of their training sessions for corporate hood, an instructor came to us and asked what position you want to be in after 10 years on the corporate ladder and all of us gave a routine answer to this question except one. This guy said he wants to be a photographer, I was surprised and it was after this incident I started watching good images carefully and in the process started enjoying it. After some years, in 2012 I bought an entry level Canon 1100D. At this point of time I was in Belgium as a part of my research and the medieval streets of Mons and Bruges were truly inspirational in me starting street photography. Also I came in touch with the works of Rui Palha online at this point of time and I thought ‘this is it – street photography’. I am also fascinated by the works of masters like Alex Webb, the Vohra brothers, Taras Bychko, Tavepong and many other street photographers online. 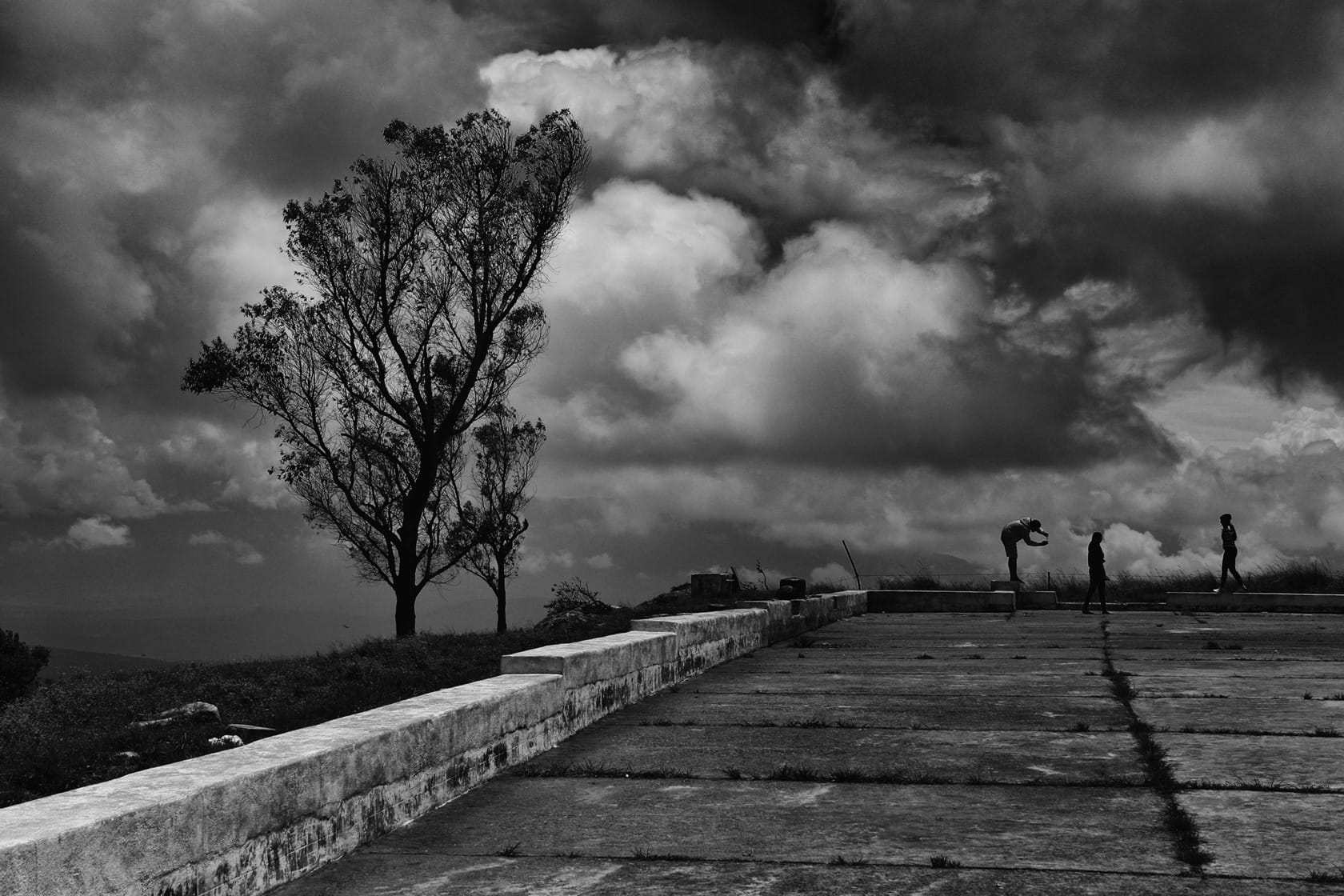 When I started, as I said before I was inspired by Rui Palha and I also started working in black and white street photography. Then with time I got a feeling that some pictures work well in color and others in black and white. Sometimes color distracts the elements I want to show in an image and other times color adds to the composition. So I follow my instincts on what can be good for that particular image during post processing. 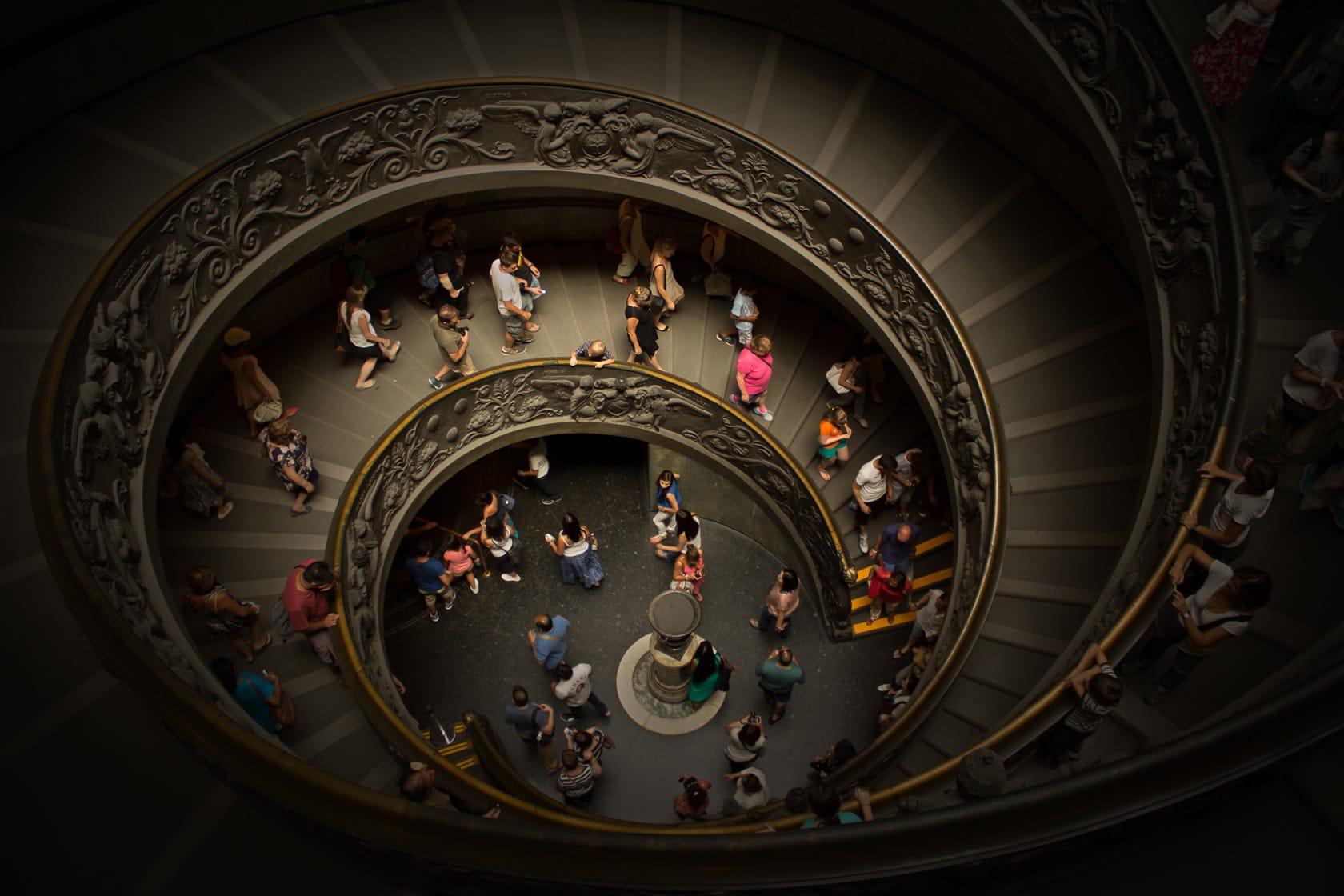 I usually go out [to the streets] with an empty mind and I do a lot of waiting. Very rarely I got ‘not so bad‘ image in one shot. Usually I take one or two random shots of an interesting place and try to improvise on it with special care to geometry and simple composition elements. Then ideas slowly start coming and I do a lot of experimentation and eventually I select the one which is unique and neat in composition. Thanks to digital era. 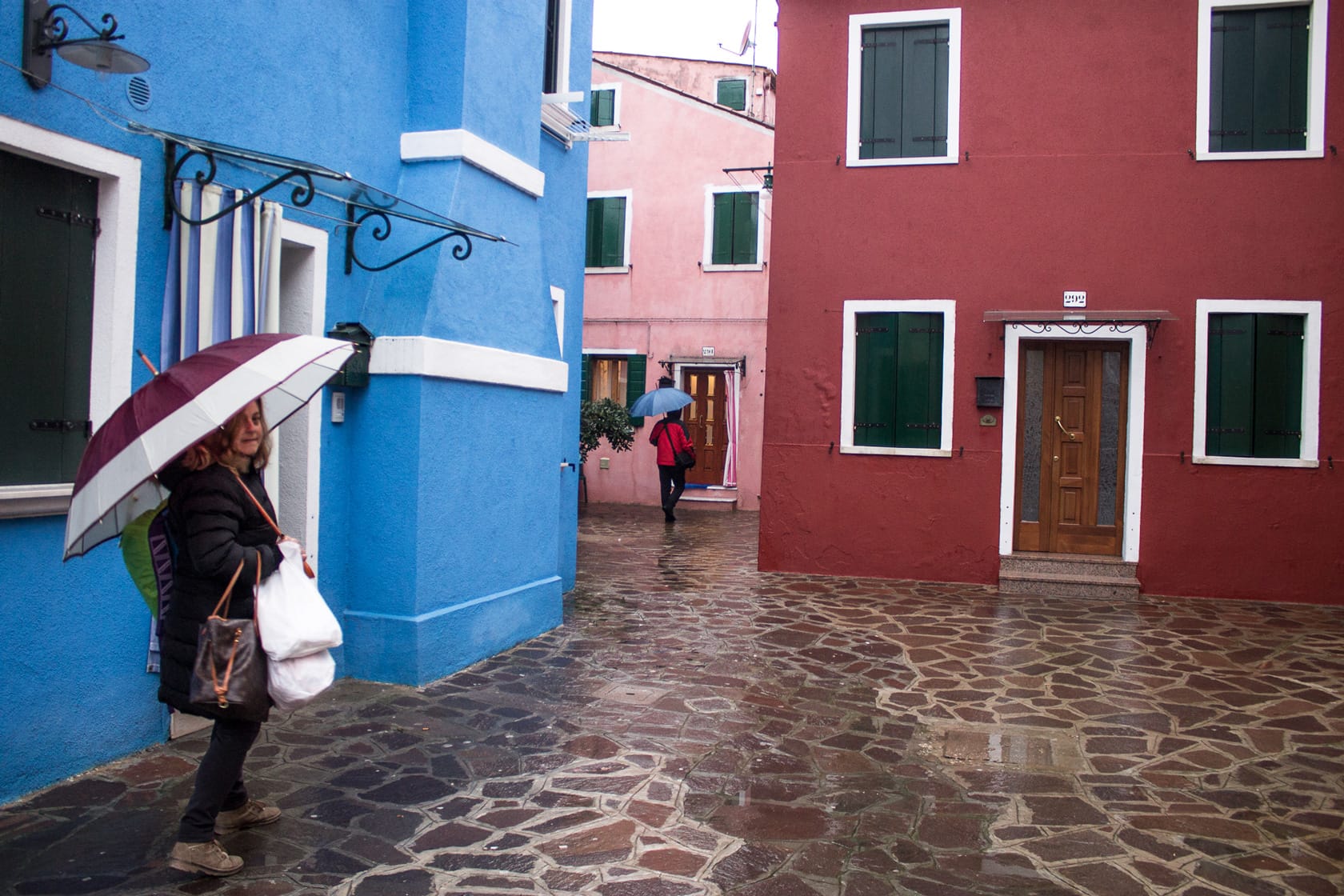 When I started I liked Paris and Venice a lot. But now I realize that we can do street photography anywhere in the world with better results unlike nature photography or any other stream of it. All you need is a small camera and a good pair of shoes. So rather than worrying about places I believe one should work on how we ‘see’ things. So last three years barring a trip to Taj Mahal I shot only places within 20 miles from my house and I believe I am making improvements in ‘seeing things’. 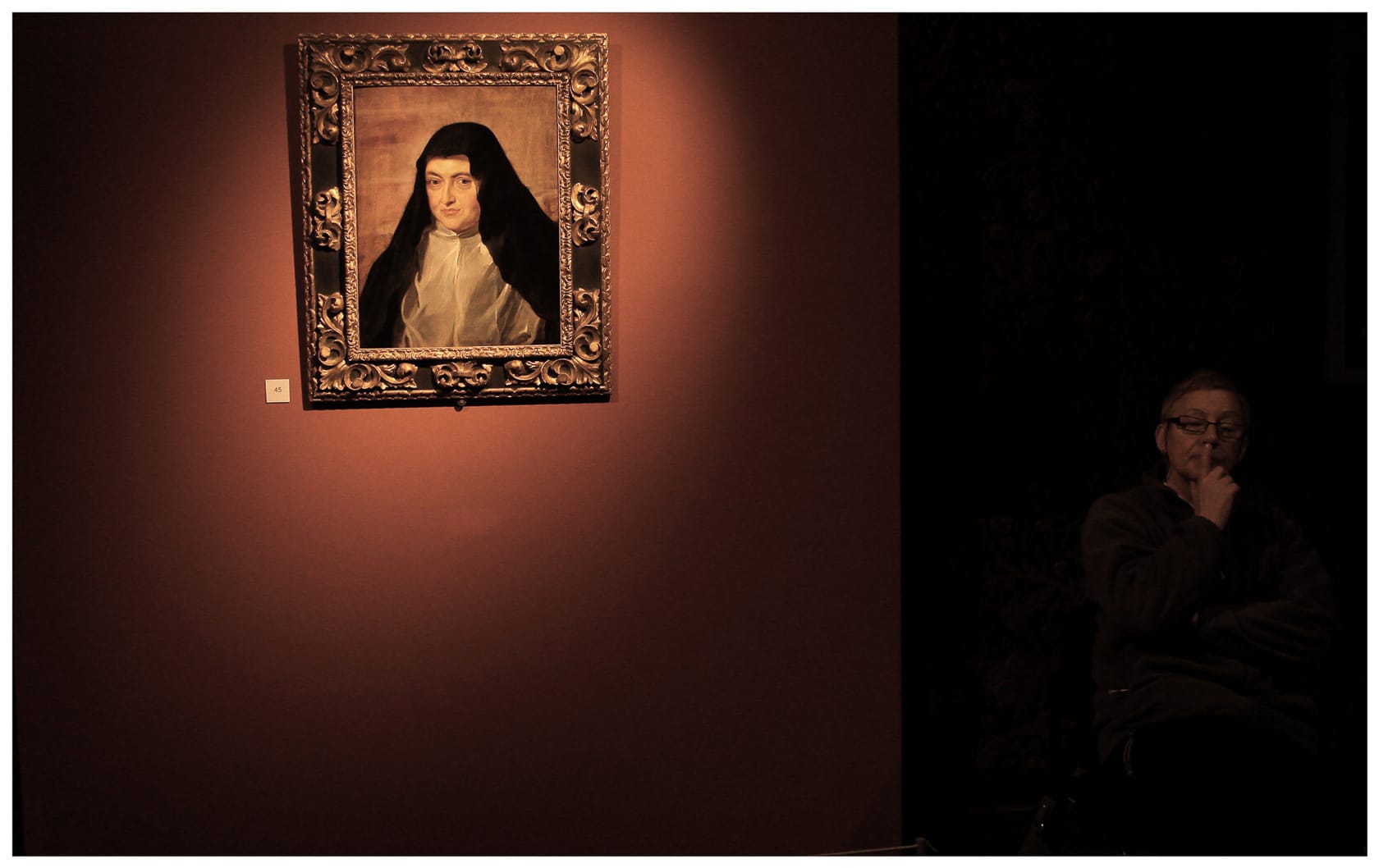 I started with a canon 1100D and used it for three years. Actually I loved that camera very much, but one fine morning it stopped working and I was forced to buy a new one. So the one with affordable price at that time was 60D. I am okay with the performance of these two cameras and I am totally unaware of the performance of other cameras, so no worries. But I would like to swap this one with a Ricoh GR or a Fujifilm X100T because of the invisibility factor these cameras provide in the streets. 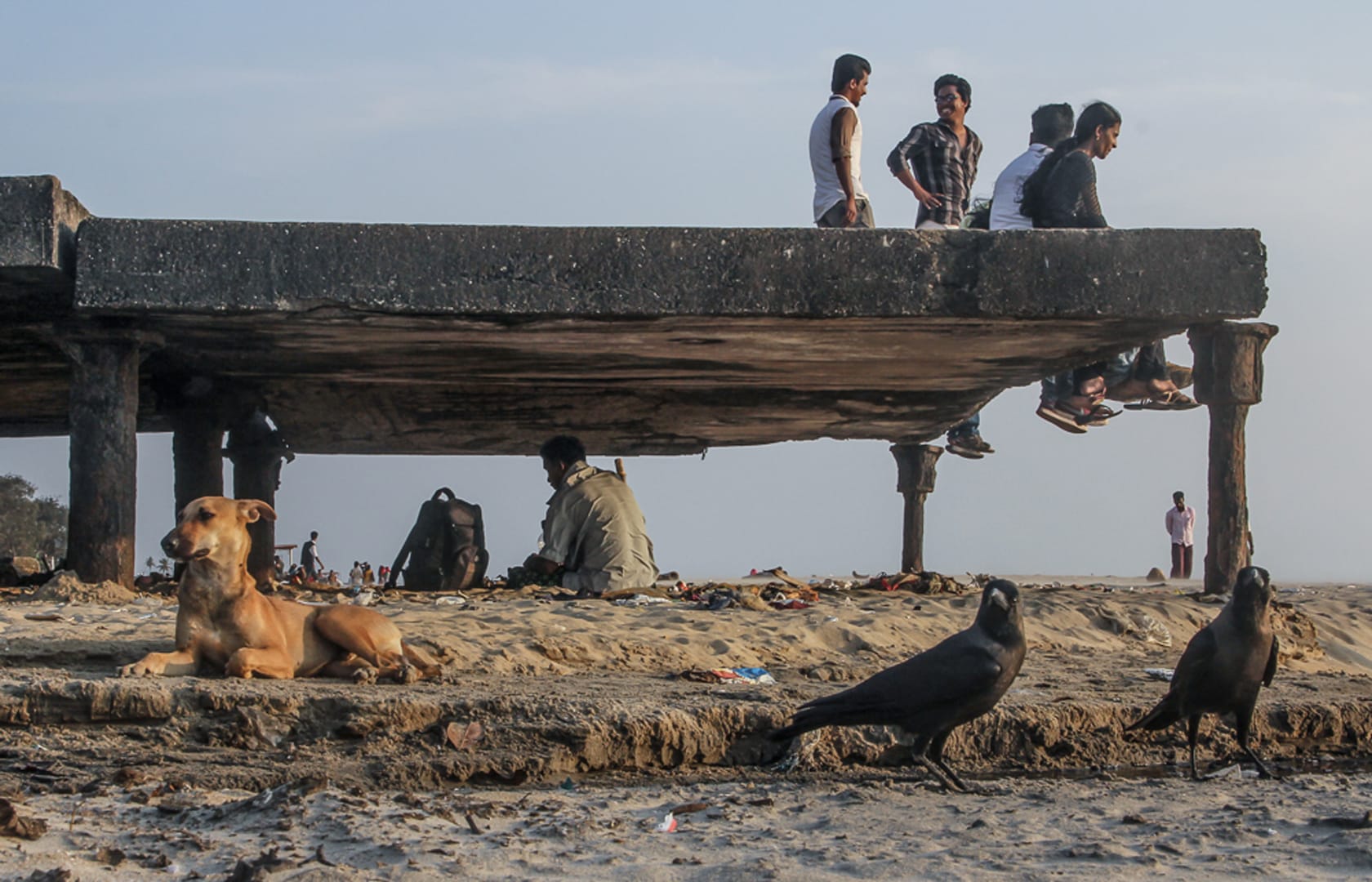 Yes I am very close to the Arabian sea and the beaches always provided me with good images without much effort. But I feel getting good images on the streets is more difficult than from the beach. What really happens is whenever I go for a photowalk and after hours of walking if I didn’t manage to get one or two satisfying images I ride back to beach and luckily I always managed to get good images there. 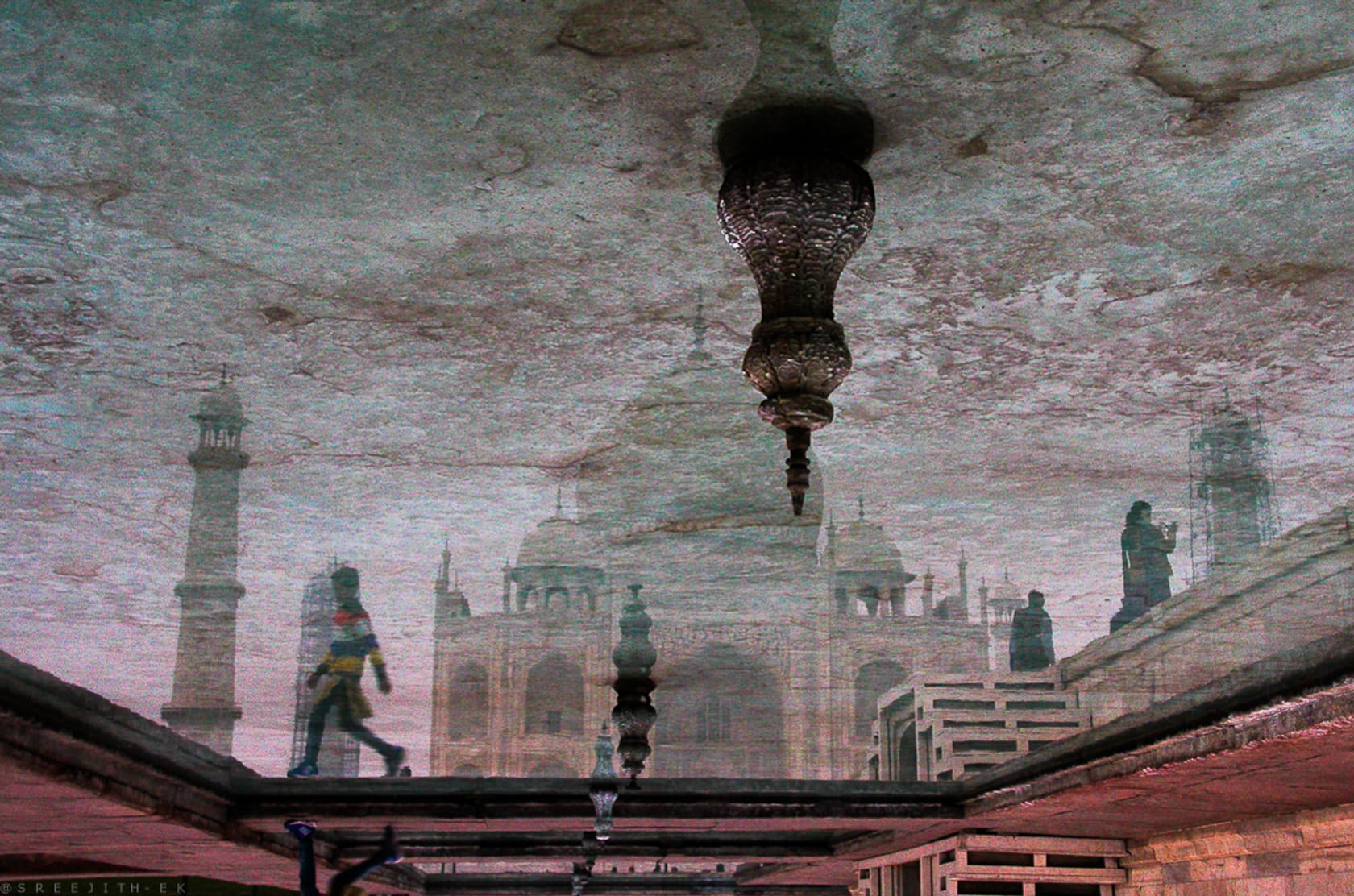 It was last year and I was there only for a day. I took a cycle rickshaw and basically the idea was to photograph the lives around the wonder, keeping the Taj Mahal as background. The rickshaw driver also helped in finding out better places to shoot. That project was selected for last year’s Festivalul de fotografie “Secvențe” held in Romania. 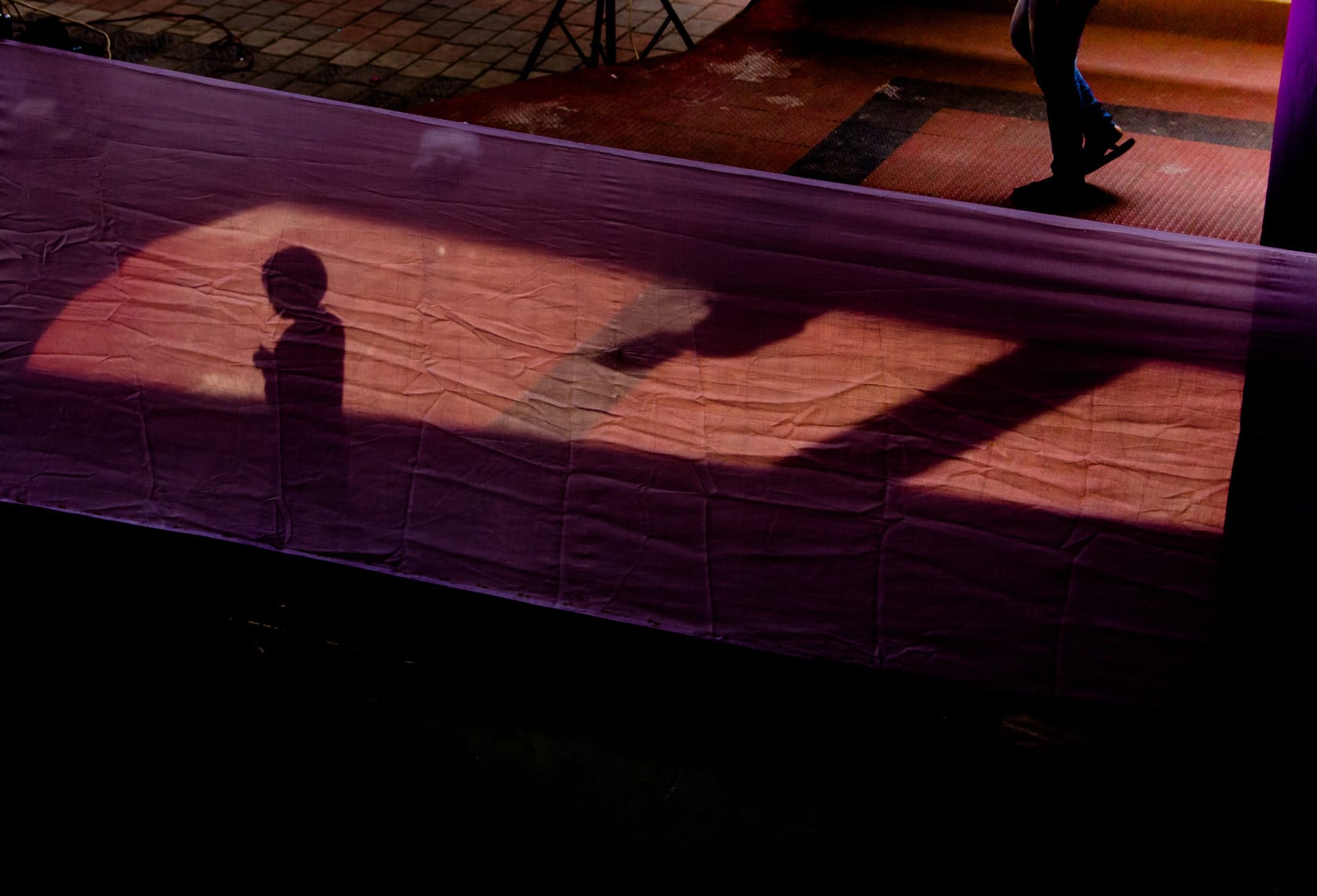 Very important. I try to do a lot of experiments with composition, sometimes it works and sometimes don’t. But when it works, that’s like one more arrow in your quiver and I’m always given one more option the next time I compose a picture. I guess learning the art is collecting more and more such arrows in your quiver and use it at an appropriate time. 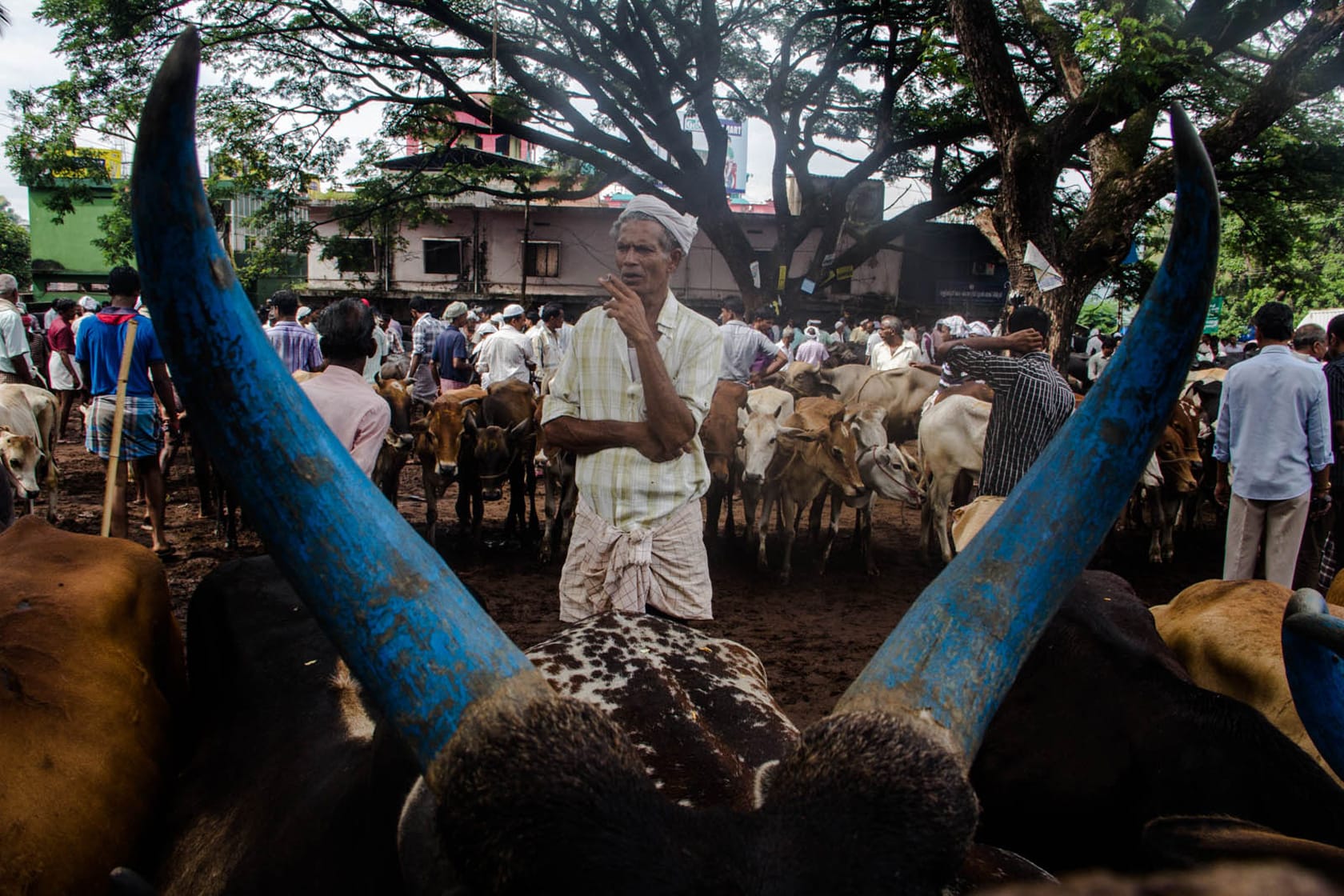 I really wish to travel alone the north of India starting from Varanasi to Kashmir to Kolkata and then to north east of India. Also I would like to continue a project on people in their religious attires on the streets.

I guess the waiting game works very well here. If you can afford more time in a potential scene, Indian streets will never disappoint you 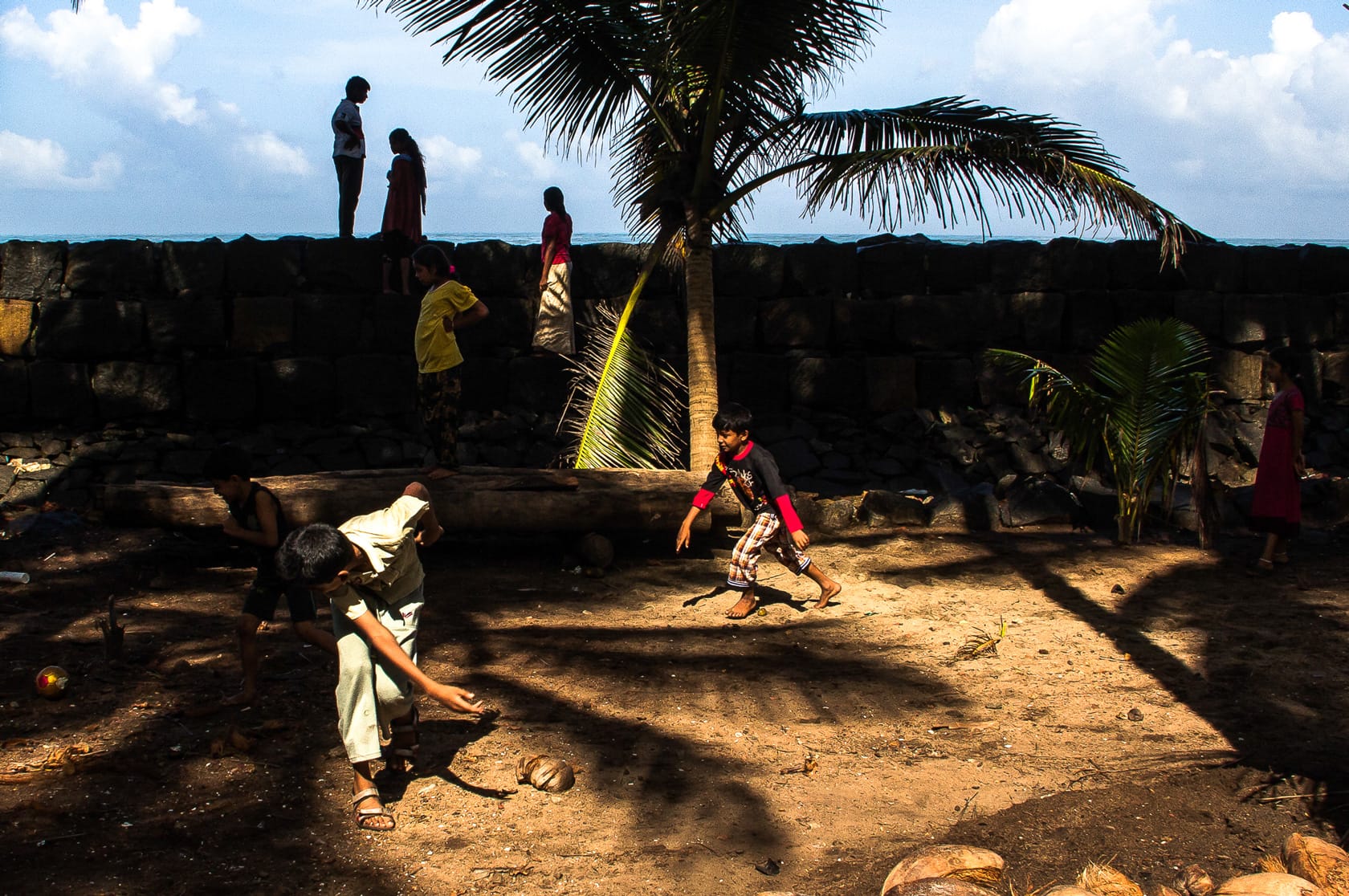 Where you can see Sreejith’s Work