The Street Hunters Monthly Theme Contest is working its way up through the gears, and some great images have been paving the way in the first two months of this year. Roy Rozanski set the tone with his winning shot for January’s Zebra Crossings theme. February served up another intriguing theme… surrealism!

There were several quality entries, and it was another tough selection. We wanted readers to knock us off our rockers a bit and they delivered! With street photography becoming more and more popular, the need to get weird on occasion is a necessity. Though there’s nothing wrong with “classic” street, so to speak, surrealism is a component that aids in keeping the genre fresh. After the dust settled, we selected a stunning shot from an extremely talented Belgian, Mr. Kristof Vande Velde!

The Ghent photographer has been shooting since 2013. He is a secondary school teacher who is also studying photography at the St. Lucas Academy. On top of that, he is a curator and reviewer for the smashing APF Flickr group and magazine. In 2016, he was also a curator for the Brussels Street Photography Festival.  Vande Velde said, “what attracts me in photography is capturing a moment that only exists for a nanosecond and to me, street photography is the ultimate way to achieve this.” He is also married to Kristin Van den Eede, who is also a photographer. “Needless to say, sharing this passion has so many benefits,” he added.

Be sure to follow the links at the end to check out more of Kristof’s work!

Just a reminder, we’re awarding the winners of each Monthly Theme Contest with all the exposure we can deliver! The exposure comes in three ways. First, the announcement post, which proclaims the winner of the contest and showcases their winning image. Second, an interview feature with the photographer. And third, a YouTube slideshow of their work. The feature posts will remain on the web for as long as Street Hunters exists!

Now, on to the interview with Kristof Vande Velde!

First, can you provide us with some background information about yourself? For instance, where you’re from. How long have you been shooting? Are you a member of any photo collectives, groups or communities?

I’m 33 years old and live in Ghent, Belgium. I started shooting in 2013. I combine a job as a secondary school teacher with attending photography evening classes. I’m married to Kristin Van den Eede, who is a photographer as well. Needless to say, sharing this passion has so many benefits.

This shot was taken at a dress up party with a ‘Geordie Shore’ theme. I had shot at this venue before, at similar parties and I wanted to play with shutter speed, flash and the moving lights. I had a shot like this in mind, but because the lights are unpredictable, the outcome of these shots had much more to do with luck than with technique. The woman in the picture is Kristin, by the way. No idea who that guy is :). 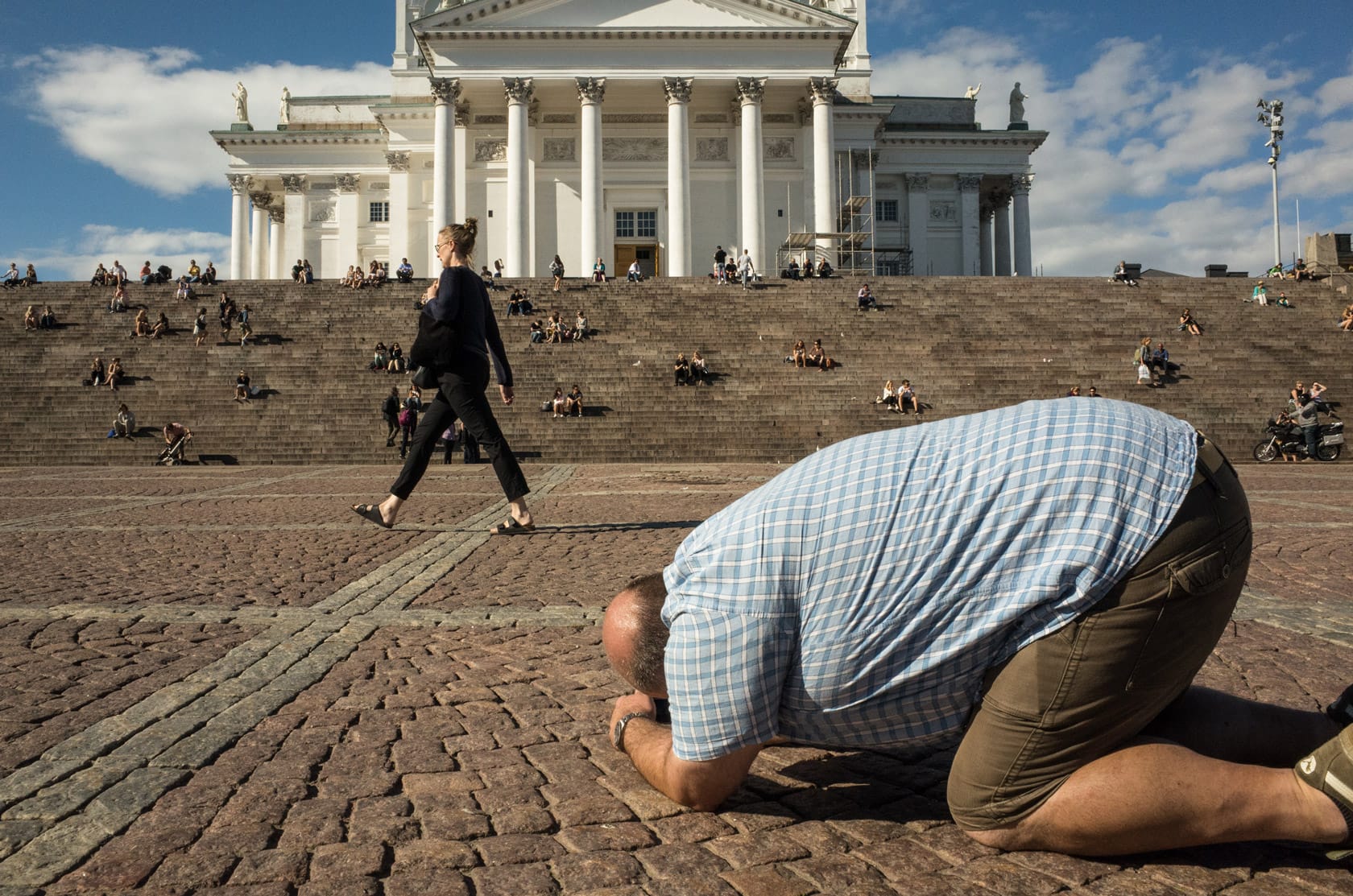 I’m never looking for specific opportunities, I guess. I just shoot what strikes me at the moment. Lately, I’ve been focusing more on the way I shoot or approach situations and I do notice recurring elements or themes in my photos, but I don’t like to restrict my focus. Like many photographers, I’m intrigued by things or people that are not ordinary, so that explains the surreal images. 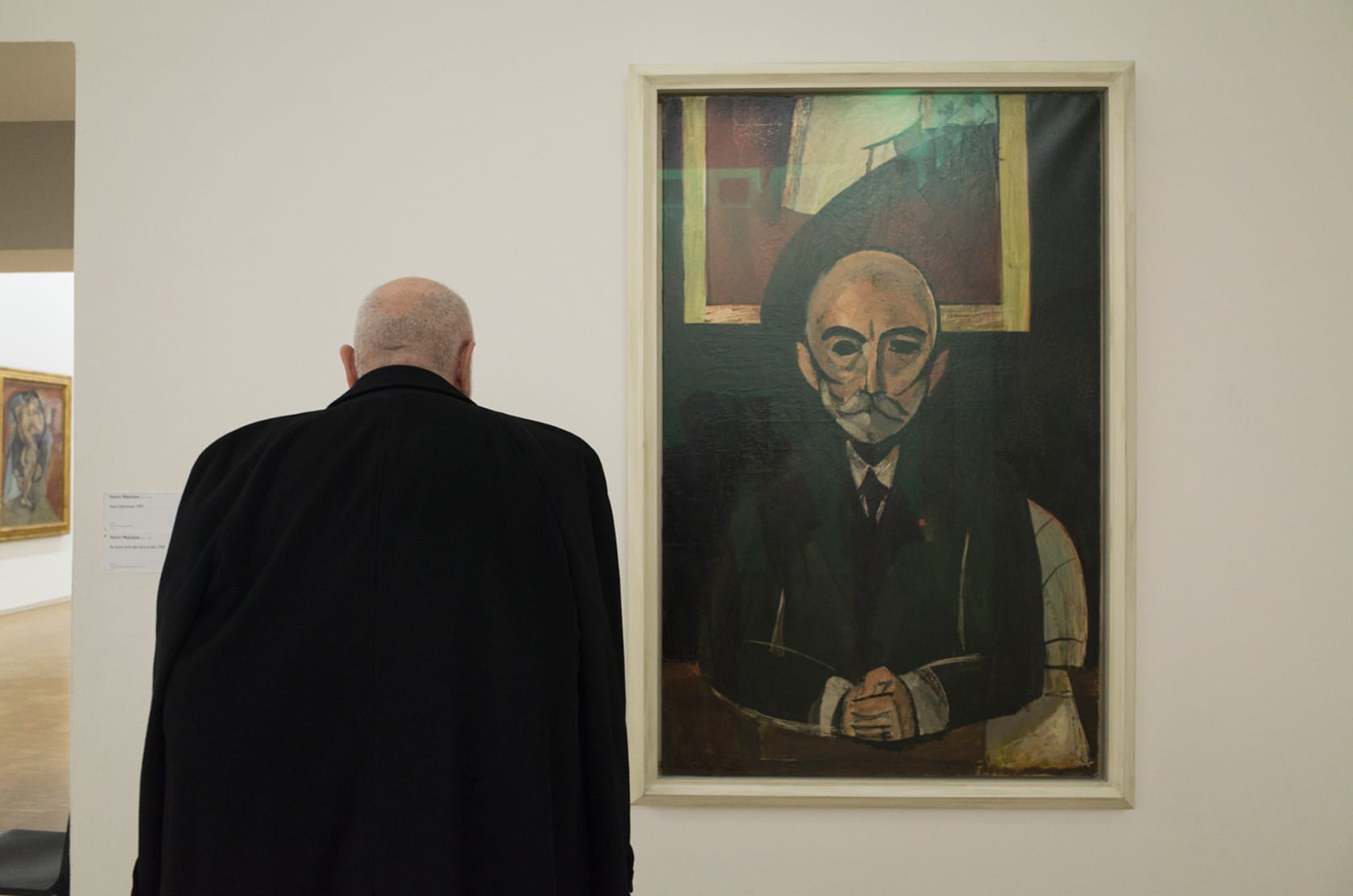 Probably New York City, London and Tokyo. Because these are places that have a constant flow and that suck you in, along with millions of others. I like the feeling that everything is moving and you just have to go along with it. And also because I have a fondness for the Japanese, British and American culture. 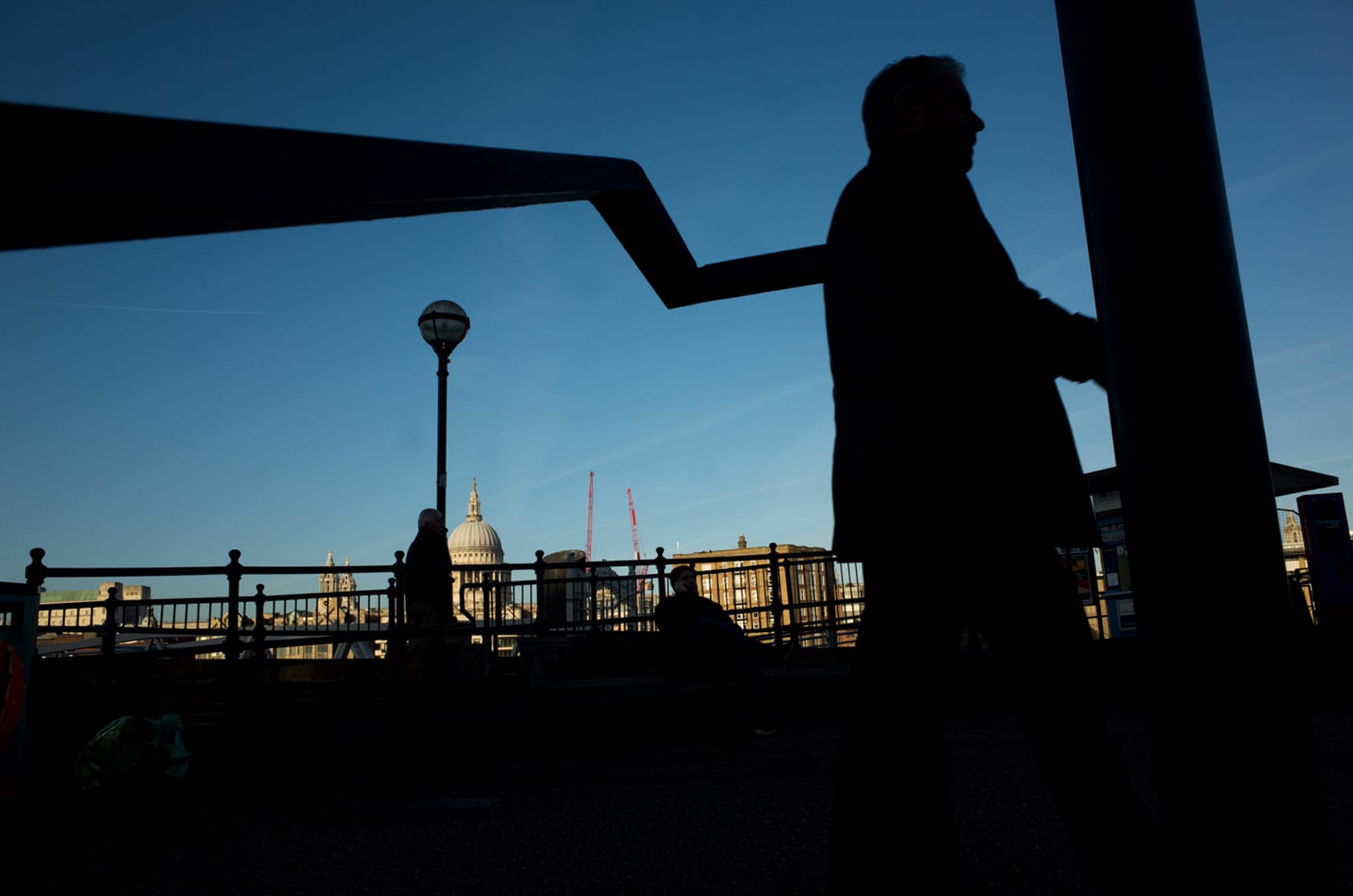 They sure do. I don’t think it heavily influences my shooting, but there are cultural differences of course in how people respond to a photographer or to being photographed. It’s easier to shoot in Japan than in Germany, when it comes to people’s reactions. Another issue is the population density of cities. The more crowded it gets, the more difficult it is to find interesting situations.

Very! I find it harder to shoot in my own country, because I have been to the bigger cities so often. It’s a challenge to be inspired by a city quarter you visit a few times a year, or one that you live in. Traveling itself, discovering new cultures, cuisines and languages give me adrenaline. Wonder or astonishment always helps when shooting. Not too much, of course, because being overwhelmed distracts you from seeing what’s happening around you. 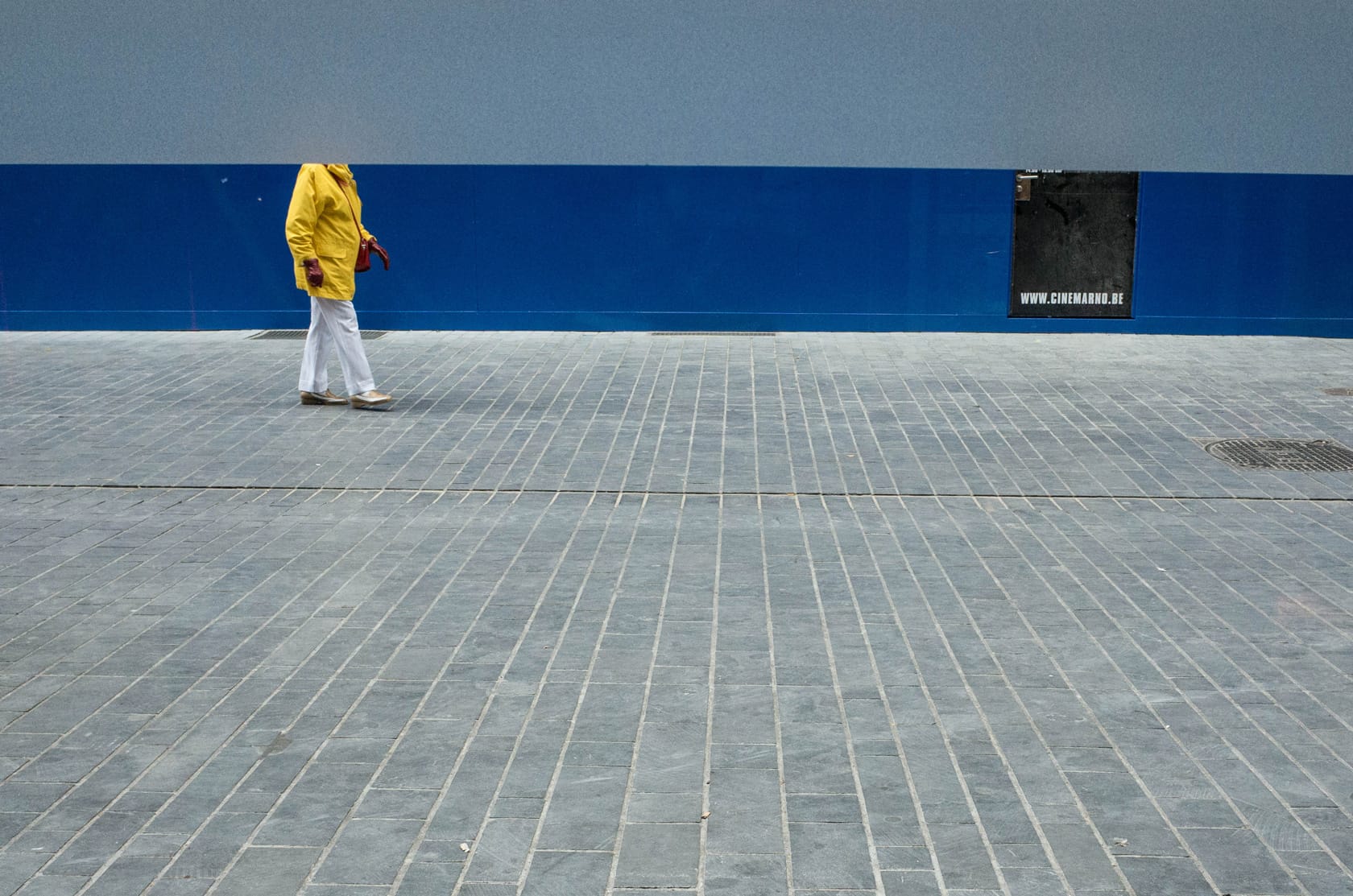 When I started photography it made sense to me to shoot in black and white because I found it more aesthetically pleasing and I like the classic feel about it. At some point I switched to color because I want to show how I see the world in all its details. To me, it gives more depth to the photos.

Seeing the work of other street photographers online. It was so fascinating and opened up a whole new world to me. I discovered the works of the masters later and I keep on doing that. Street photography is like a drug. Once you’ve tasted it, it doesn’t let go. Photo walks give me much satisfaction, even when I have the feeling that the number of decent photos I have taken is zero. 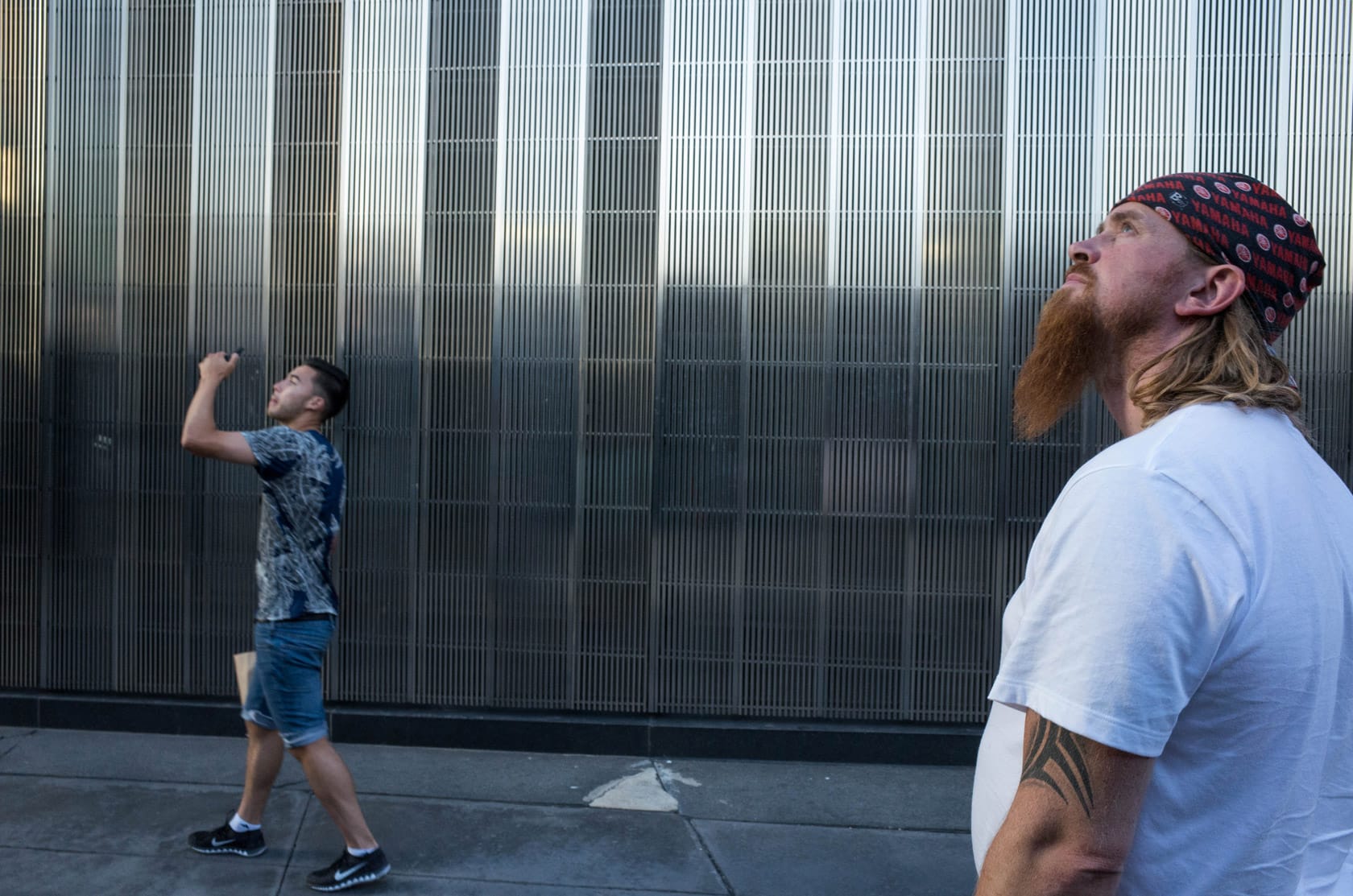 I love the Ricoh GR for its size and power. I carry it in my breast pocket all the time. It completely replaced my Nikon DSLR. Since about a month, however, I’ve mainly been shooting with my new camera, a Fuji X-T2. I think the Ricoh will become my go-to-camera when the batteries of my Fuji run out, or when I have to be a bit more discreet, maybe.

I also shoot with a Nikon F401s film camera. Not on the street, for now. 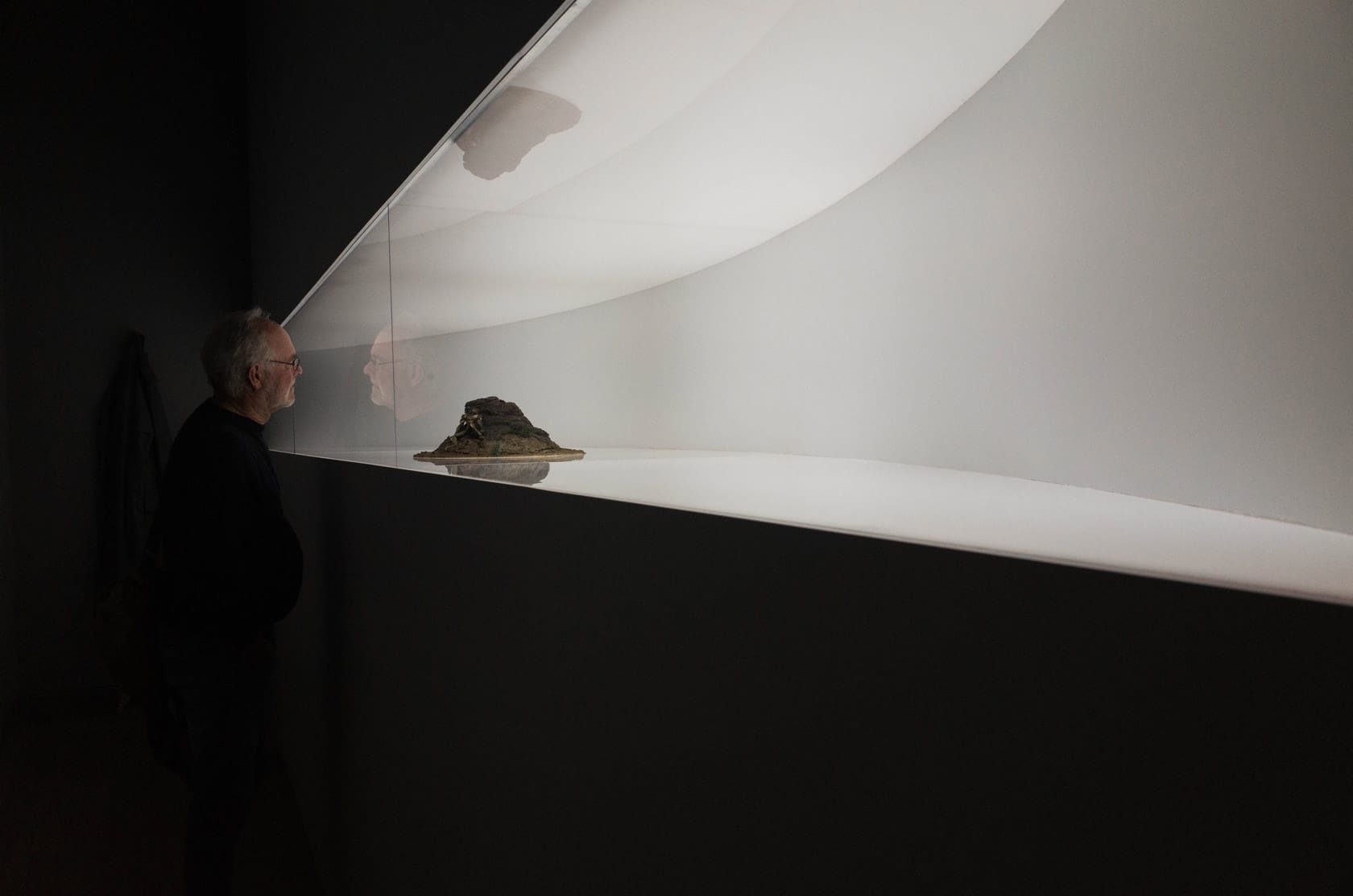 Wider angles force me to go really close and I want to be where the action is. I also like how many elements you can put in one frame. I guess using the Ricoh GR has more or less pushed me in this direction. Last year I shot with Kristin’s 35mm [lens] equivalent camera for an hour because I had forgotten to recharge my batteries, which is very frustrating of course. Using her camera turned out to be quite challenging and most of my pictures were actually fragments of what I intended to shoot. 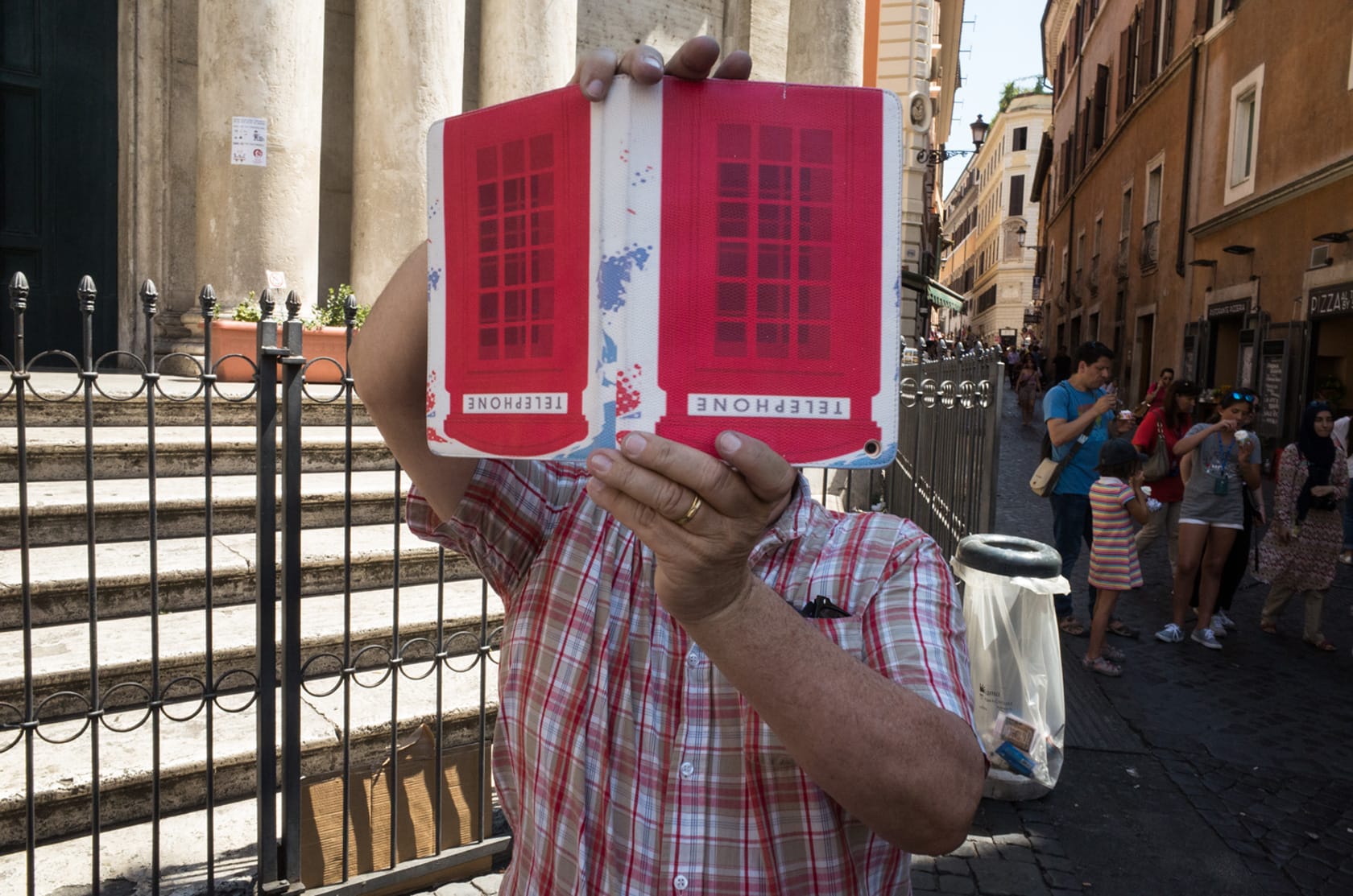 In the beginning it’s harder because you lack confidence on the street, you worry too much what people might say or you try too hard to be unnoticed. Now it’s a challenge in the sense that I can’t shoot when I’m not feeling mentally or physically well. After a few hours of shooting, I need to take a break, because at some point I don’t see anything anymore, or I have the feeling my head will explode. Other than that, I just try to have fun and I don’t really have to push myself. Taking photos comes very natural to me.

I don’t really have one favorite shot. There are shots with which I have more of an emotional connection or that were somehow key in trying to push myself. There are shots that immediately feel okay and others that grow on you or that you lose interest in. The photo of the striped woman and daughter in Kyoto didn’t convince me right from the start but is now one of my favorites. I’m also into some shots I took very recently, but I guess the ‘newer babies’ tend to be the more precious ones. Time will tell.

I’ll be shooting in New Orleans and New York very soon, so I’m really looking forward to that. Apart from some vague projects, there’s one side project that I have been working on for a few months now. I’m taking pictures of the garbage people leave behind on the streets. It’s a kind of reflection on how we treat our environment and take everything for granted. I call them my garbage pictures, but maybe I’ll have to think of a less ambiguous name :). 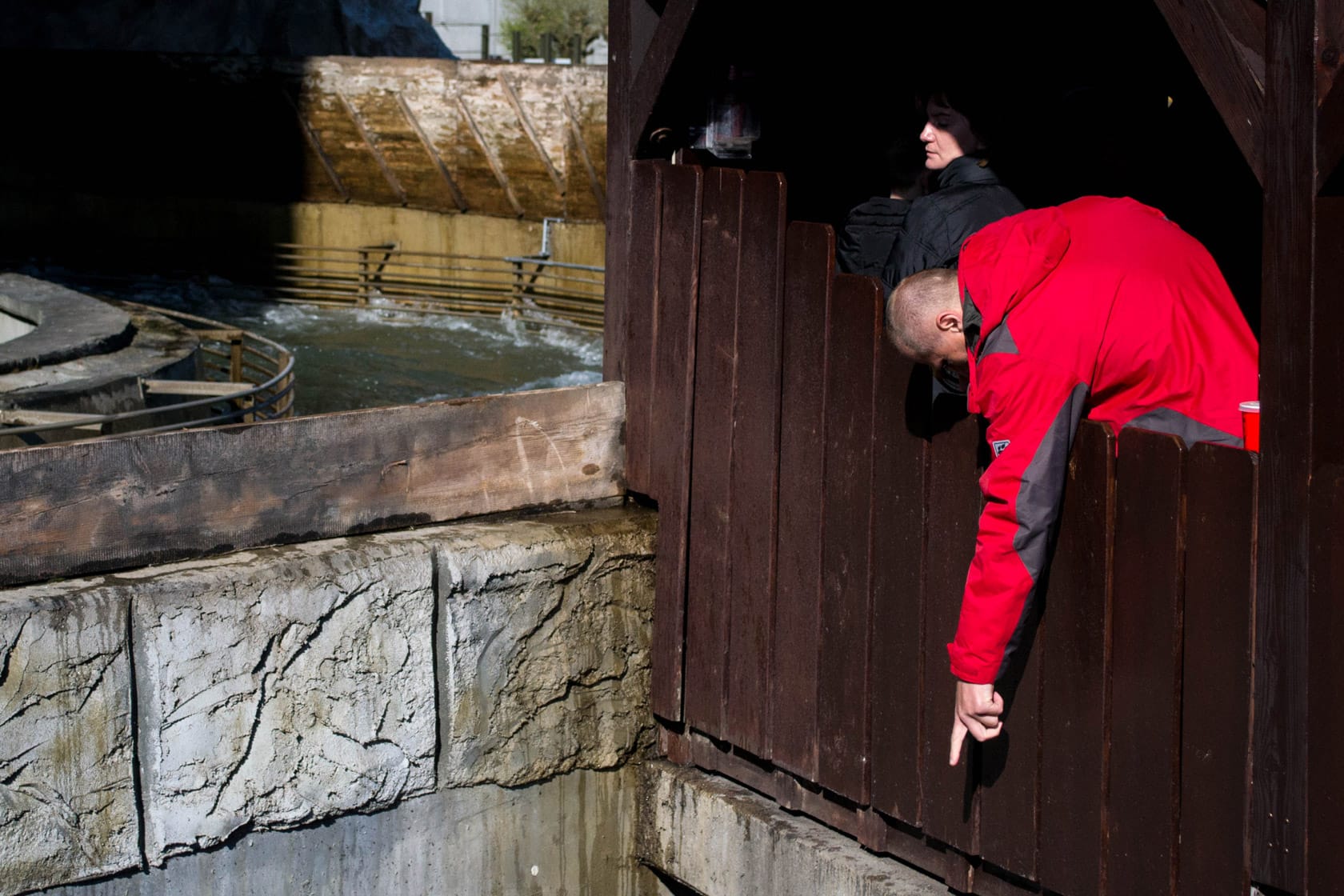 Where you can see Kristof’s work