Embracing unconventionality in photography, as well as in writing about photography, is a polarizing venture. As with any art, going against the grain can be reviled or exalted. Middle ground typically is not found until the scales are tipped to the advantage of the embracers by campaigning from the early adopters themselves. Whether this is done consciously or subconsciously, it’s only from the pimping of “challenging” work that the endeavor becomes popular, or at least, “accepted”. However, the endgame of truly challenging work does not have to be about winning the hearts and likes. About becoming wildly popular. About becoming a mass-market darling. The endgame can be the challenge itself. The challenge to make the observer think and, at the highest level, inspire.

The few street photography manuals I’ve read have not been exactly challenging, and for that matter, inspiring. Manuals, by definition, are not meant to be inspiring. That’s not to say they haven’t been helpful, fulfilling on their promise of instruction, providing tips and tricks. They offer similar bits of direction and tend to be geared towards the fledgling street photographer. That being said, a bit of dread crept over me when I found a link to Michail Moscholios’ free e-book, Anti-Manual on Street Photography in my inbox. 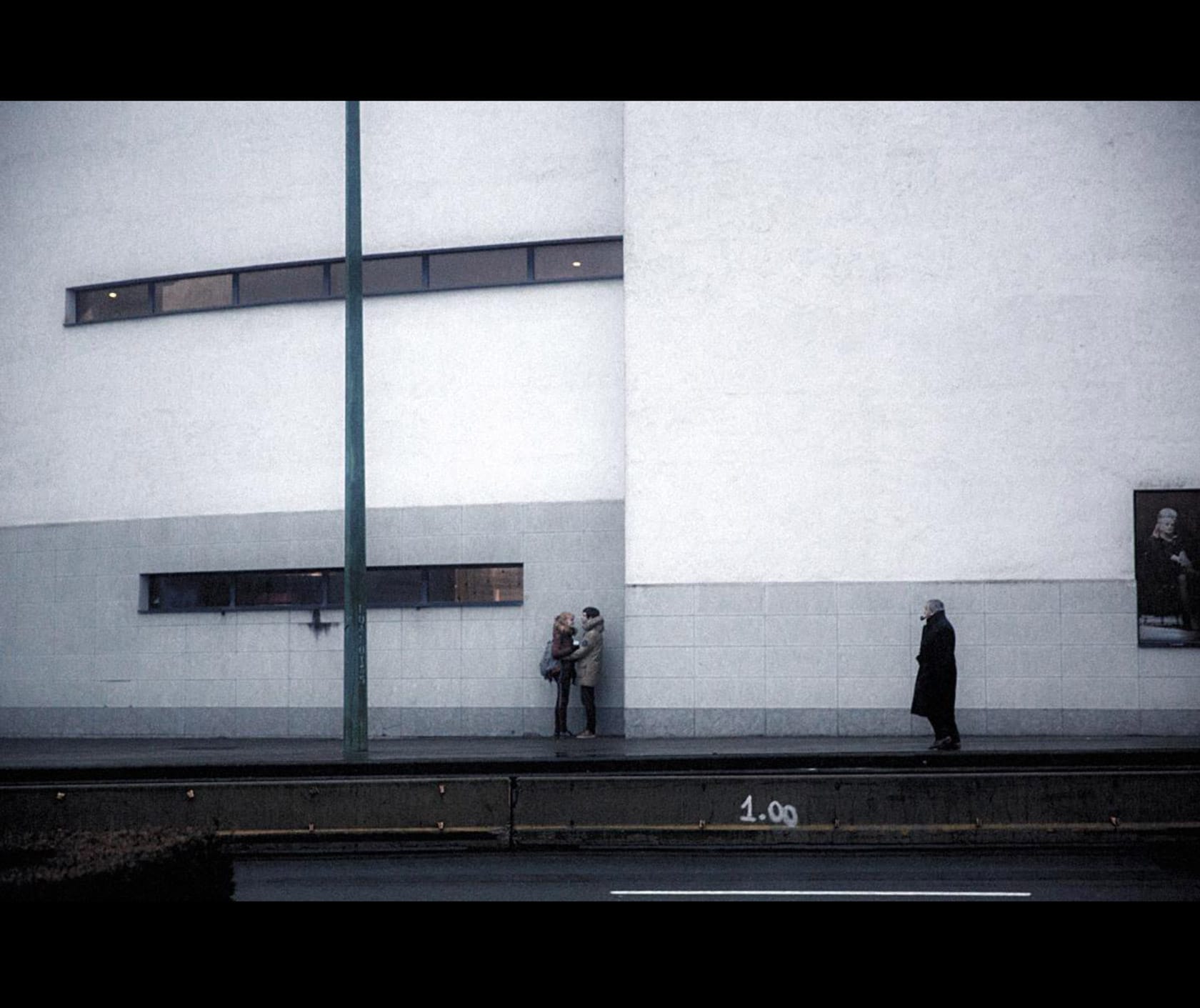 However, focusing on the word manual in the title was a mistake. I paid little mind to the anti- that prefaced it. But, in doing so, I set myself up for a stirring and heartening surprise. Moscholios’ Anti-Manual is exactly what it says, an anti-manual. This isn’t a textbook. A walkthrough. A guide. This tome is fuel for the photographer’s fire.

Michail Moscholios, a founder of the BULBphotos (Bucharest Urban League of Photographer for the Balkans) Collective and the Street Core Photography community, has written a book that I find almost impossible to review but can wholeheartedly recommend. This 62-page book was a challenge to read. A challenge because of the approach. In the back of my mind, I kept expecting a traditional structure like found in a manual. But this book is anything but traditional. It’s more like a chain-of-thought, stream-of-consciousness take on the state of street photography. Almost rant-like at times, but incredibly thoughtful. And sometimes it feels as if the writing is caught between a presentation and an inner monologue. It borders on chaotic, but it doesn’t go off the rails. I found myself having a hard time wrapping my head around it and going back for repeated readings. But not because I had to, but because I wanted to! What this Anti-Manual did was help rekindle a bit of passion that I remember from when I first started shooting street. 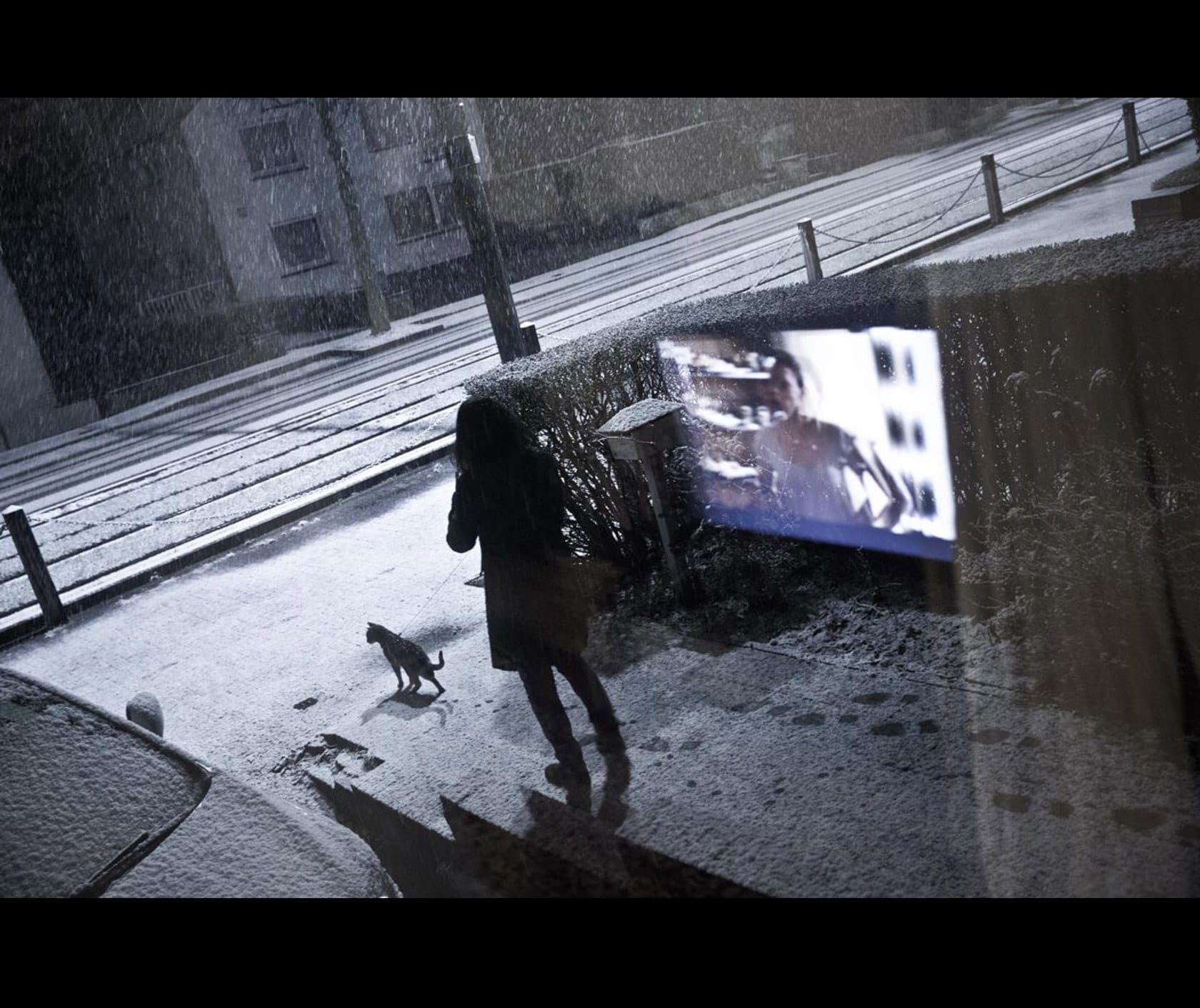 Moscholios sets the tone in his introduction to the anti-manual.

“You won’t read about shadows, reflections, kids, animals, how to wait, how to hunt, how to shoot from the back, from the top, from the hip. Not a word about buses, trains, homeless, anecdotes, contre-jour or blur. You won’t read either about great photographers or the history of photography. There are no definitions, bibliography or conclusions. For a good and noble reason! All the above you can find on the Internet. Better: you don’t need it.”

It is obvious that Moscholios is not about to school the reader on what street photography, by popular definition, should be. Launching into the first chapter it becomes immediately clear that the author has put as much time into thinking about his passion as he has actually practicing it with the camera. The bold opening statement, “there is no such a thing as photographic genre, style, trend, movement,” builds upon his introduction and he closes the chapter questioning why should we categorize art, or put boundaries on it. But after diving deeper into the book, it also becomes clear that Moscholios is not just being rebellious for chaos’ sake. He is a rebel with a cause. My take is that his cause is freeing the reader’s photographic mind. 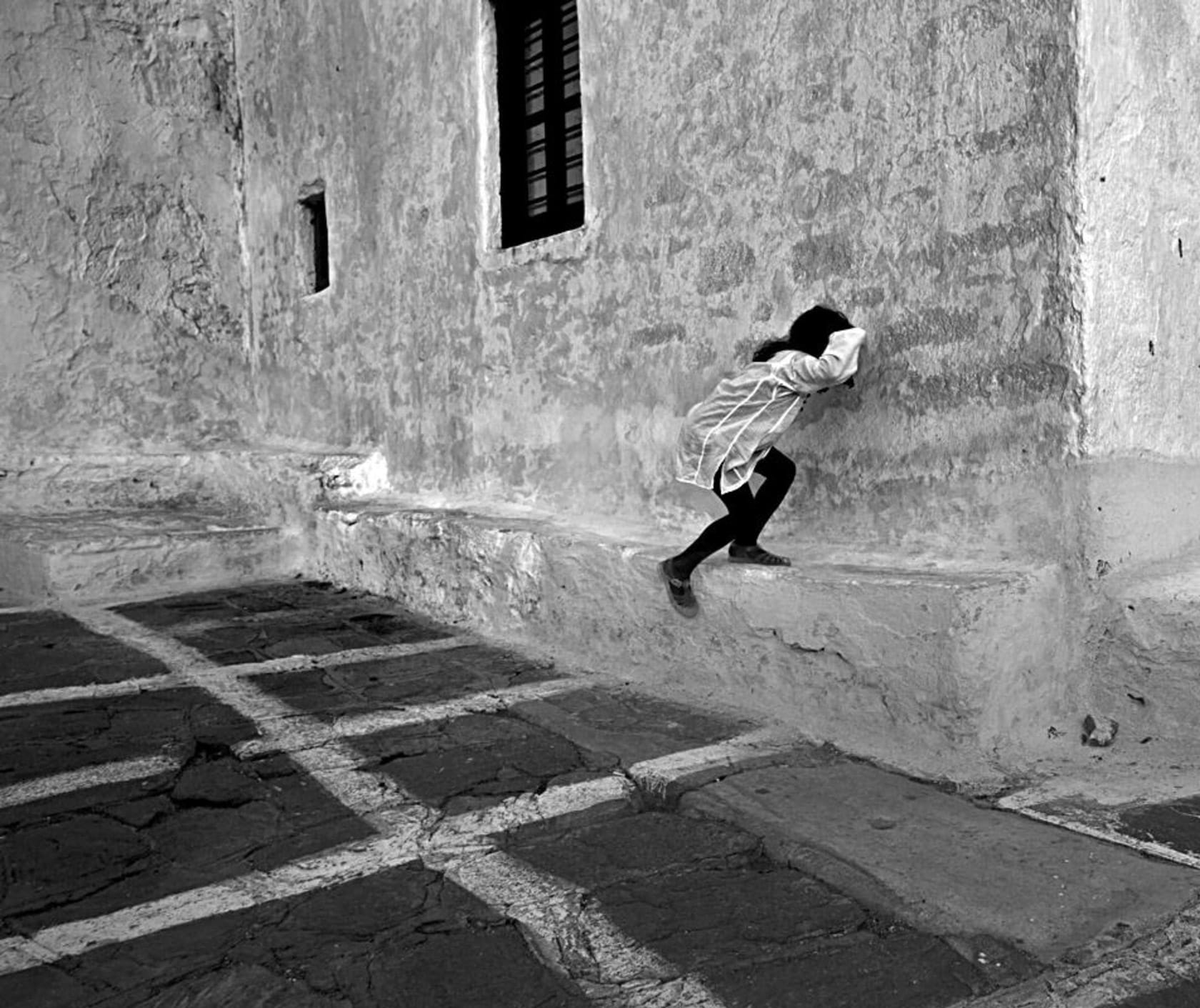 For example in the third chapter, Moscholios urges photographers to be wary or critics and teachers and their “artificial parameters, rules and recipes”, seeking to “justify their sterility.” A brave idea indeed, but one that needs to be carefully digested. However, the author backs up his suggestion by reminding the reader that those same critics and teachers can “trap and suffocate any emerging talent.” He also reminds that photography is to be a long educational trip and that we should be careful of what we carry with us on the journey.

“In any case, everything you read, watch, listen, dream, is channelled into your pictures and most of the time they are Déjà-vus. The only problem is to know and carefully select what to carry with you, your burden in this wonderful and scary trip.”

Although Moscholios is about creative photographic freedom, he does have strong opinions and they do hold water when it comes to that sense of freedom. He says we have to be aware of the “scars of time and imitating past photographers.” That in “copying or emulating previous work of past masters, we just give birth again to a child that has already been born and lived.” 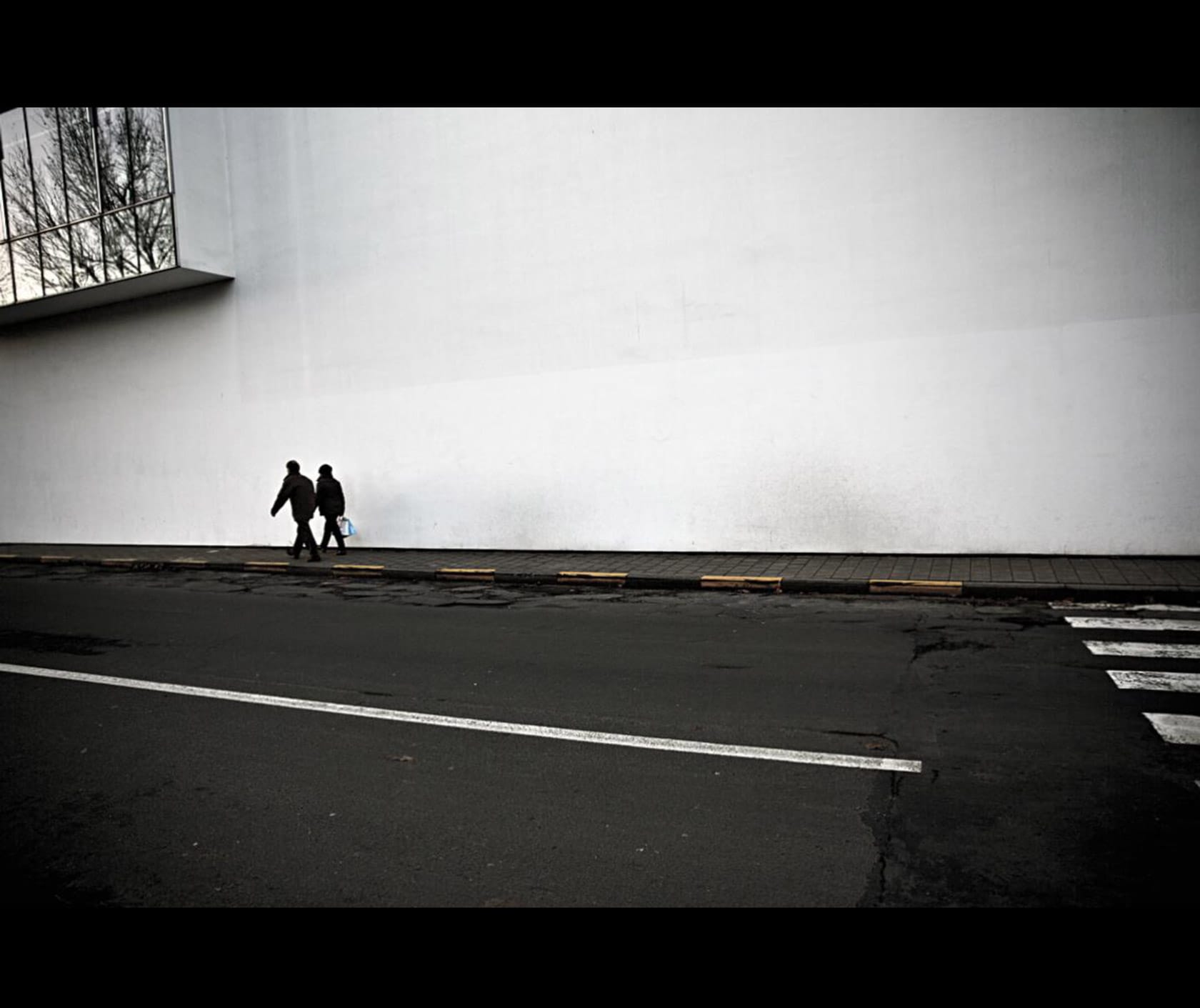 The Anti-Manual, at it’s core, hammers against mediocrity and sameness with riotous gusto and philosophical questioning and argument. “Mediocrity on the other hand is very easy to achieve… just let hypocrisy, egotism and conformism to invade you,” Moscholios says. “The problem is that photography is by nature a copying, imitating and forging process and very soon anything original falls into redundancy through its repetition,” he later adds.

“Your vision should not be connected to any school or aesthetics. Your vision should come from working with the “thing itself”, from engaging your skill of choosing and eliminating, and from acknowledging that time is not continuous but made out of personal crescendos, including visual ones.”

Moscholios also addresses the culture of likes in the crushing “social media tsunami” that most are battered by every day. “All stages of thoughtful behaviour have been burnt down to a few finger slides and taps,” he writes, and that images with high “viralabilty” risk becoming “irreversibly mute” because of their reliance on accompanying words or captions. 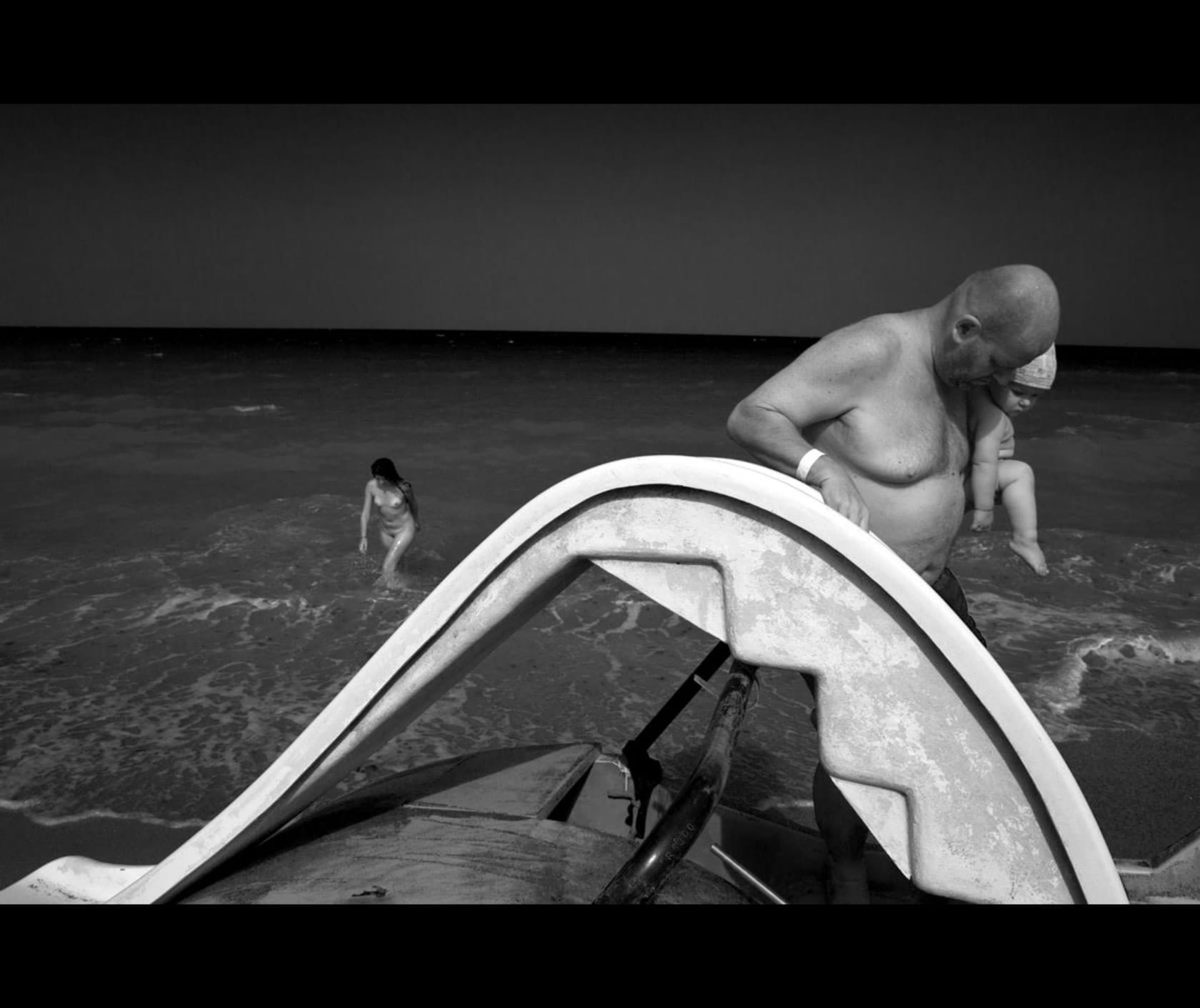 The Anti-Manual is not all doom and gloom, though. Amongst the railing against mediocrity is inspiration. A championing of individuality not just for the sake of being different, but for the sake of finding one’s own style. Even though Moscholios’ writing style may initially come across as helter-skelter and reads like it may derail at any moment, this powerful current runs underneath and binds the work whole. Oddly enough, the current grows stronger with a second read. 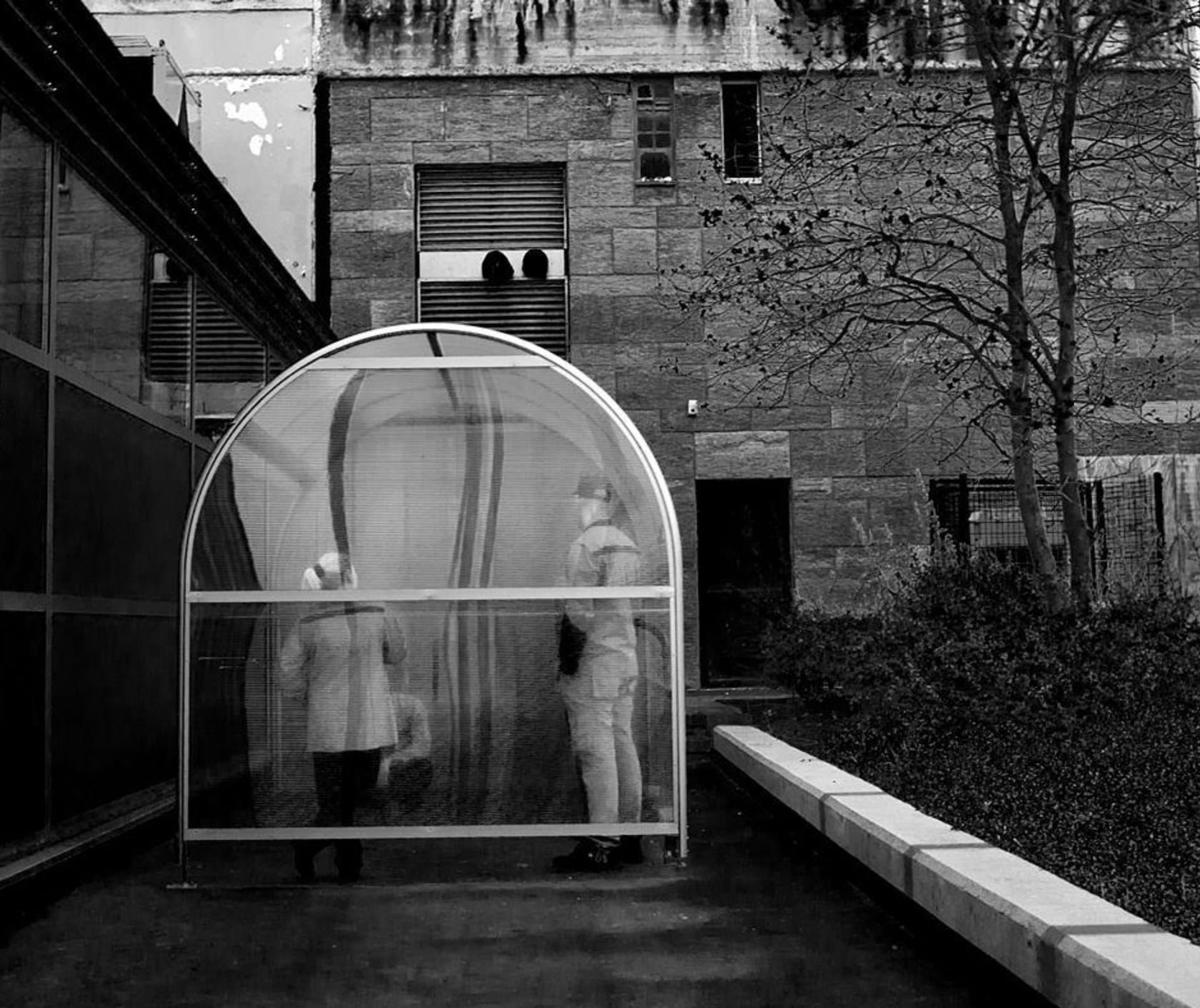 Moscholios bolsters his spirited text with some first-rate photographs, with all but a few being his own. A mix of color and mono, the selection of images manage to sing in harmony with the author’s reckless style. They’re both daring, just like street photography can be. Moscholios’ strongest images are in black and white and of those, the work that pushes towards surrealism are particularly delightful. Some strain against the confines of the frame, seemingly wanting to break free and leave the observer craving to see it larger, bigger than what a computer screen can provide. Moscholios is not beholden to any particular style and his choice of photographs illustrates that the photographer indeed practices what the author preaches. 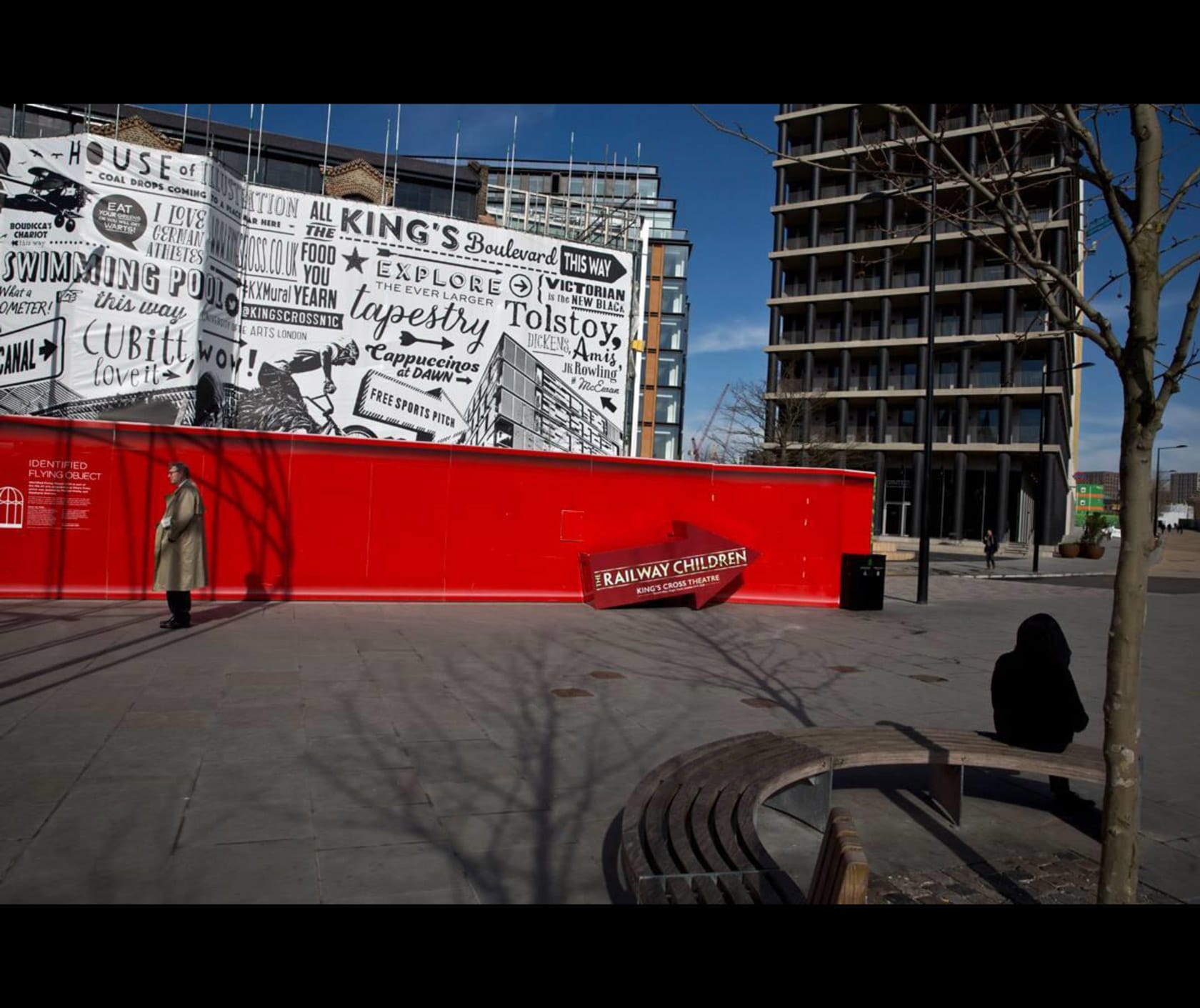 In all, The Anti-Manual is one of the most interesting and energizing street photography books, I’ve read. It’s more than bombast and bluster, it’s a rallying cry to free the street photographer’s mind, as well as their eyes. I feel this work especially speaks to the jaded, to those who may have become numb to the work they produce and see. Moscholios is passionate and eager to create, and his spirited style of writing instills the same feeling into the reader. The Anti-Manual is as intellectual as it is unruly and, most importantly, a call to grab the camera, go out, and keep the fire burning. Highly recommended. 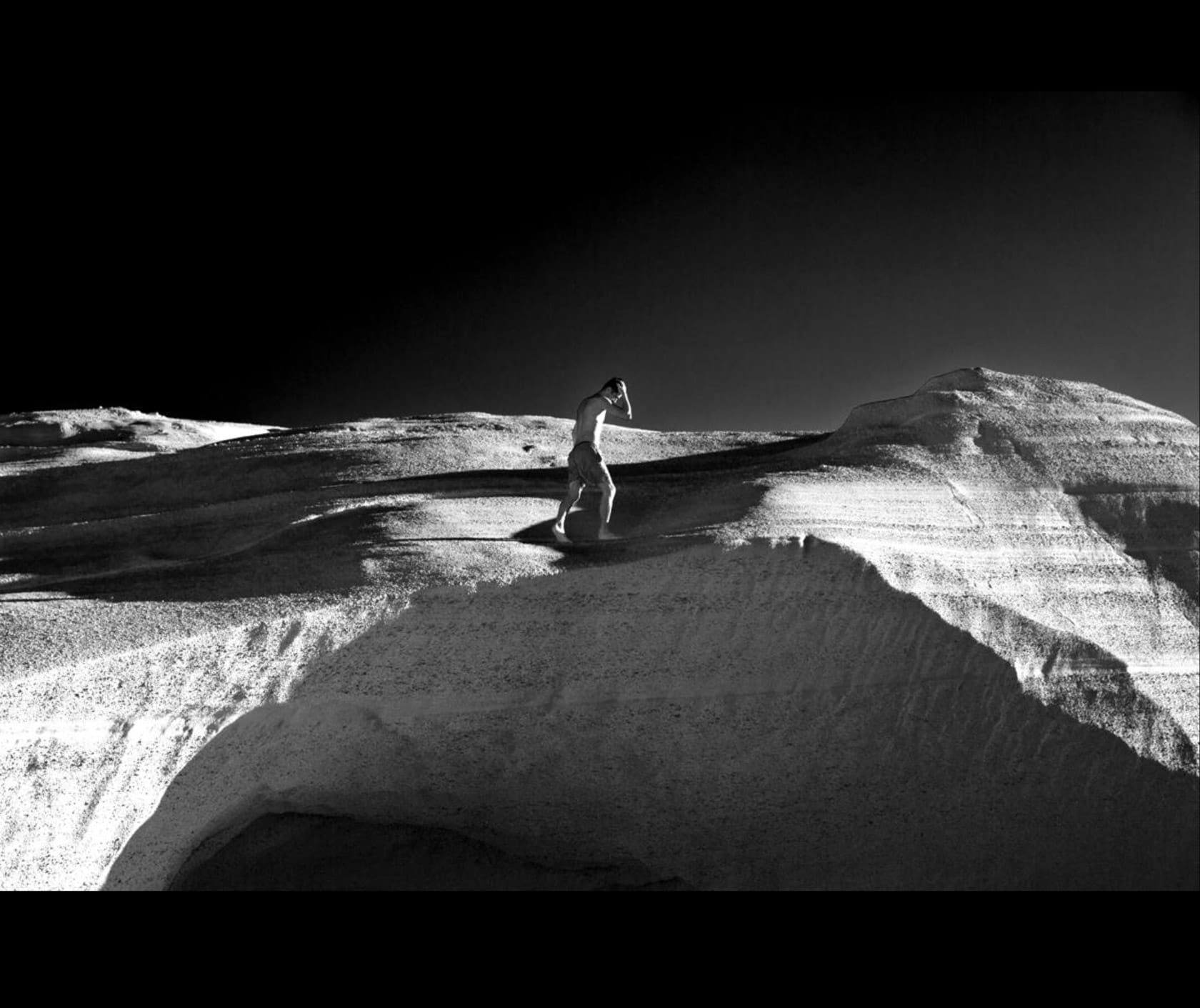