The numbers from last year 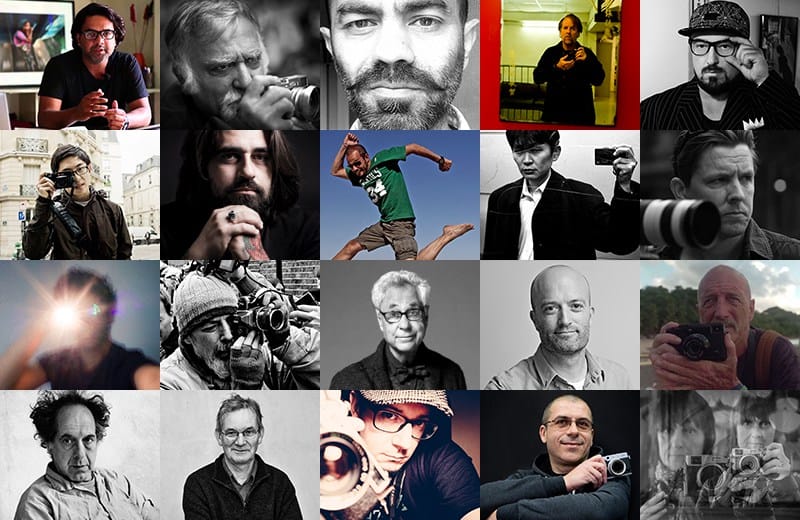 So, last year we all nominated together 115 Street Photographers. Then you voted 20,357 times and from those 20,357 votes, 20 names stood out. These names got into the second crowdsourced list of Street Photographers published by our website. A list that you made.

This year it is going to be the fourth time we publish a list like this and we are asking for your help and participation again, because without you dear Readers, this would never be possible. But before we get to it, I would like to share with you the lists of the most influential street photographers from the previous years and I would also like to explain some things, just to make myself clear to some of you that clearly have never read the rules of the process of making these lists.

Previous ‘most influential street photographers of the year’ posts

If you are interested in taking a look at the posts we published in the previous years, here they are:

The 10 most Influential Active Street Photographers

The 20 most Influential Street Photographers according to the Streethunters.net Readers

The 20 most Influential Street Photographers for 2016 according to the Streethunters.net Readers

How to influence the outcome of this crowdsourced event

Be very careful when reading the next few lines. This is the third crowdsourced list we will be making together and yet we still get comments the clearly show that some of you never read how we made those lists. So, I will lay out the three simple tasks we would like you to do:

Send us a list of your most influential street photographers by emailing us at contact@streethunters.net OR by commenting below in this here post OR by commenting in the relevant social media threads or by using hashtag #InfluentialSP2017.

You will not be accepted in the list, period. Even if someone else does recommend you.

The Streethunters.net Editorial team will make recommendations too

We will be making our recommendations like we do every year. This time we will be recommending 30 Street Photographers (10 each). Instead of recommending them at the beginning, we will recommend them at the end of the process. That way it will be more interesting.

Vote for the Street Photographers that influence you the most

Once everyone has submitted their recommendations, in the next post that will be released in exactly one week, we will create a poll in which we will ask you to vote. You will be able to vote for as many Street Photographers as you like! Enjoy the process, it should be great fun!

Please Read This & Remember It!

Please give the following few paragraphs a read. If you are bored to read them, then just read the title below you will get the general idea!

Believe it or not, we here at Street Hunters have been fiercely (and often very rudely) accused of racism and sexism in our lists of the most influential street photographers. The Streethunters.net editorial team has taken the time to carefully consider and nominate many different influential street photographers from all sexes and from many different backgrounds in the past, and we will continue to do so again.

But let us remind you – ultimately these are your nominations and votes – not ours!

If you want the list to be more diverse – nominate and vote!

To those of you who feel that women and/or some ethnic groups are underrepresented we have a simple message. The answer is in your hands – nominate these street photographers and vote for them yourselves.

The list of the most influential street photographers belongs to all of you readers out there – it reflects your views and the weight of your opinions. Our job is simply to administer the nominations and votes and present them to you for your enjoyment.

So don’t complain to us and don’t criticise us – and as the saying goes: “don’t shoot the messenger!”

Start sending in your recommendations

It is time for you to start sending in your recommendations dear Readers! As mentioned above, either email us, comment below or use the #InfluentialSP2017 hashtag on Facebook, GooglePlus, Instagram and Twitter. We will try and include all the names you suggest. We look forward to receiving your suggestions.

So, come on! Send in the names of the Street Photographers that you think will be the most influential for 2017!