Street Photo of the week by Paweł Piotrowski

Paweł Piotrowski is a street photographer from Poland and specifically from Oleśnica. Besides being a photographer, Paweł is also a graphic designer and illustrator, so it is easy to say that he is a natural creative, a restless soul seeking to communicate visually through drawings, designs and photos.

Paweł’s work has been exhibited numerous times and also published in various photographic magazines and websites. He has also been the receiver of quite a few awards and honourable mentions for his photography.

I am happy to say that I discovered Paweł through our ever growing Streethunters.net Flickr Group that is full of stunning images by many talented street photographers. If you haven’t visited our group yet, I highly recommend you do. 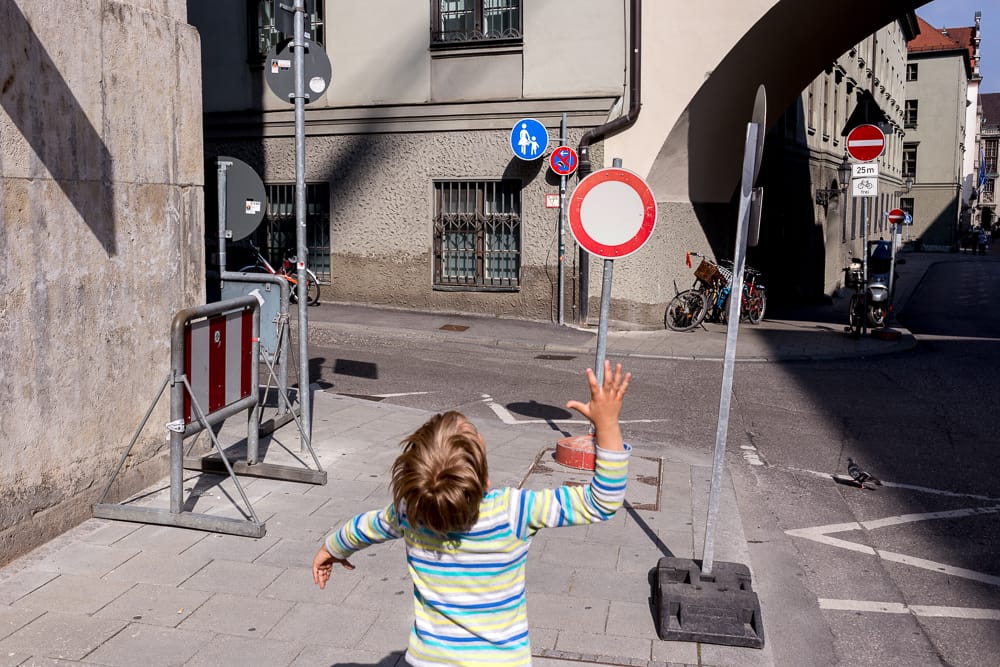 This is one of those images that just looks great! The subconscious mind realises the composition and the colours before the conscious can understand why this is beautiful. At least this is my experience with this photograph by Paweł Piotrowski. I just loved the photograph! I had to look at it more to try and understand why I like it so much. This is what I have concluded.

Shapes. Multiple shapes are formulated from the road signs, with the triangular compositions formed by the red road signs as most prominent. The big red and white sign in the middle stands out like a bullseye focal point and the boy being positioned in that way seems to be balancing it on his hand.

The colours of the scene seem to complement each other and the leading lines shaped by the dark shadow on the right and the wall on the left, seem to draw the eye of the viewer to the centre of the image. An astounding image to say the least!