Street Photo of the week by Lorenzo Lessi

This time on Street Photo of the week we are featuring a photograph by Italian photographer Lorenzo Lessi. Lorenzo has been a creative person since he was 6 years old. Most of his life he has been involved in advertising, design, fonts and colours and since 2003 he has moved into photography which has turned into a true passion of his.

He is a photographer who doesn’t care about what he uses to create a photo. What matters to him is that the result he has in mind, his vision, comes through in a way he wants it to. This is something that can easily be understood by the fact that he shoots digital, analog, colour and black & white without overthinking it. That is something that requires real talent. At least that is the impression I get from looking through his work. 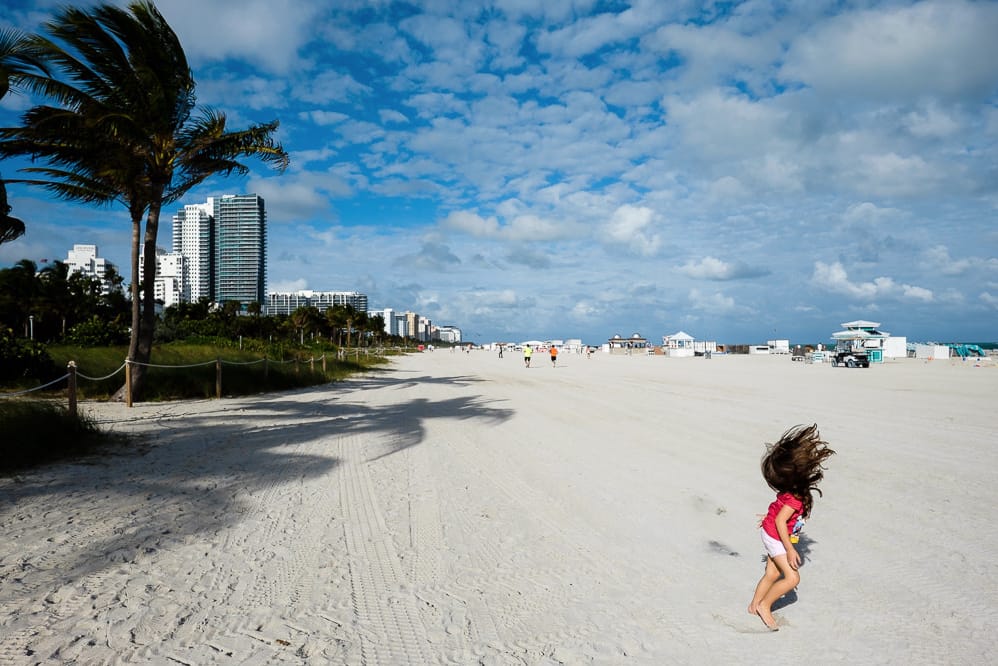 I remember going through the thousands of photos for review for the Flickr Streethunters.net Group when I stopped to look at this photo because I was attracted by the colours initially. Then I noticed the amazing juxtaposition of the girl’s hair ‘Head banging’ on the right and the palm tree branches bending towards the left on the left side. It feels as if there is an invisible force in between the tree and the girl that is pushing both of them to either side. This juxtaposition in combination with the amazing colours that initially attracted my attention make this photograph a true pleasure to look at. In addition to the above, I find the composition has been executed nicely. The blue sky and the white sand occupy the two halves of the photo. Lorenzo has placed the horizon in the middle of the frame. In the top left corner there is a mass of darker elements that are contradicted by the small girl in the lower right corner. She is smaller in size, but she is close to the frame, her body language attracts attention and most of all she is wearing red which automatically captures the viewer’s attention.