Street Photo of the week by Pavlo Nera

I know that it has been a while since I posted a “Street Photo of the Week” post, but I was terribly busy with all the Carnival preparations and partying! I managed to squeeze in two new Street Hunt videos that should both get published within the next couple of months and made a ton of photos. So apologies for the delay, and let’s get back to the “Street Photo of the Week” post.

This week we are featuring a photo by Pavlo Nera. As is sometimes the case, I couldn’t find information regarding Pavlo on his Flickr, so I started searching the web for more. The only few things I came up with were that he is from Ukraine and that he probably currently lives and shoots in the city of Lviv. Other than that, I also know that Pavlo is a member of the Streethunters.net Readers Flickr group. I don’t know if he is a full time photographer or an enthusiast or if he has been featured anywhere else, all I know is that the photo I chose for today is amazing! 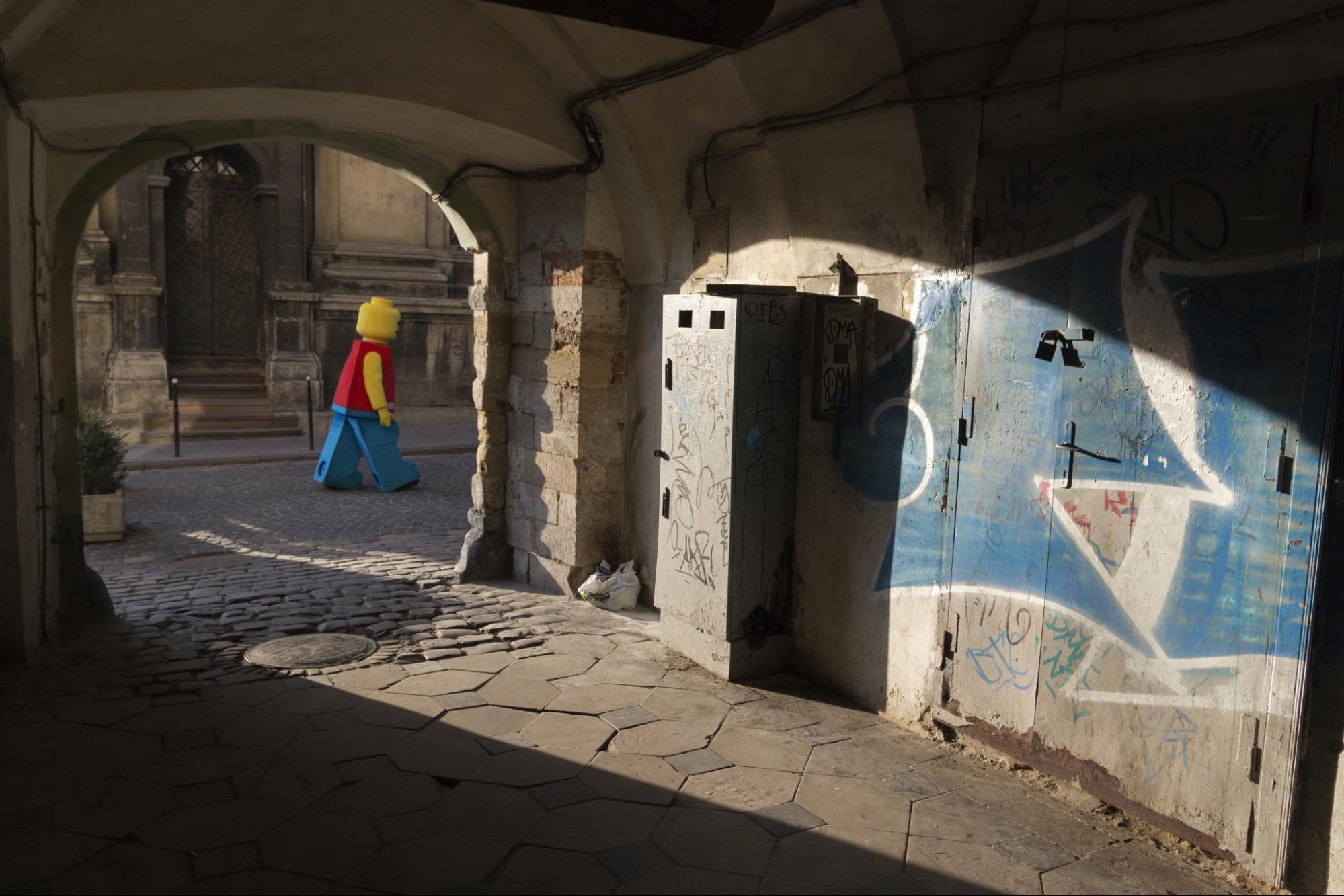 So, this morning I was looking for a photo to feature when I saw this amazing surreal image that cried out to me! The light, the colours, the composition and of course the main subject that stands out, help create a fantastic, surreal photograph that is a joy to look at! I liked the photograph so much, I made it the cover photo of our Flickr group. It is not every day you see a giant lego man walking in the street looking so determined about where he is going. Even my two daughters that are actually sitting next to me right now as I am writing this jumped with joy when they saw this image. It just captures your attention and imagination. Lego men are so easily recognised that seeing one in an unnatural environment and “alive” piques one’s interest.