Street Photo of the week by Barry Talis

Barry Talis is a Street Photographer I have been following for a while on Flickr. His work includes surreal flash street photography and wide angle close up shots that really grip the viewer’s attention. He lives and shoots mostly in the capital of Israel, Tel Aviv. Barry has a great understanding of light and knows how to manipulate it to the max. And when I say light, I mean every kind of light. He produces impressive photos with natural light, with a flash and with a combination of both. I think that he must really visualise the result of his photos before he clicks the shutter precisely. He is a photographer with empathy that searches for a part of himself in his subjects. He likes to combine that approach with interesting backgrounds and characters that contrast his main subject. But above all, he is a true ‘natural’ that discovered street photography by accident, or should I say was discovered by street photography by accident! 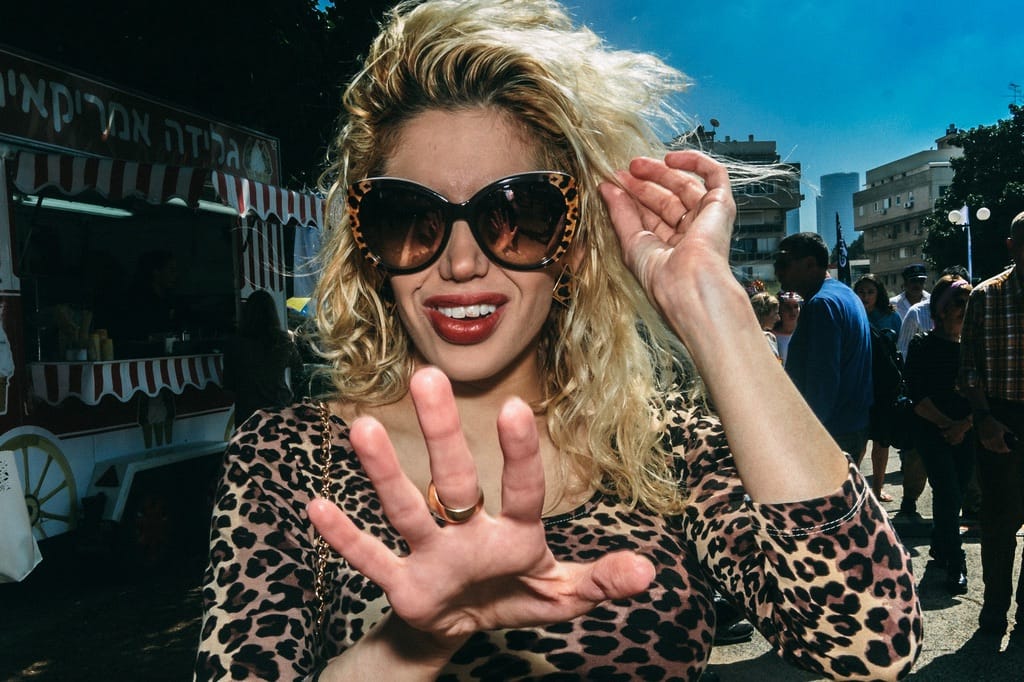 Barry hadn’t posted for a while on Flickr and even though I wanted to write a piece about him, not seeing him so often on my timeline made me forget about him to be honest. As I was doing my research for the next street photo feature I decided to procrastinate a bit and just fool around on Facebook to give myself a break. Researching for a photo of the week takes a lot of time because I have to go through hundreds of photos from various photographers until I find one that makes me click. So, I switched to Facebook and I started scrolling down my timeline and there I saw her. I just stopped scrolling instantly and stared into that face and studied everything that stood out in this photograph. Her fat gold ring on her extended open hand, he lush, shiny red lips against her pearly white perfect teeth, with a smudge of lipstick on them, her leopard pattern top and matching sunglasses, her wavy blond hair and beautiful face. But what attracted my attention the most was the reverse image of her hand and Barry himself that are reflected in her shades. Shot with a flash (I assume), Barry has managed to isolate her from the crowd and the rest of the environment, letting only the blue sky play its complementary role to the majority of yellows and browns of the girl. Fantastic work!