Home Lists My Street Photography Sins & How I Avoid Them

Street Photography, like so many disciplines, is all about ebbs and flows, peaks and troughs. Days when everything goes swimmingly, and days when you wonder what the bloody point is, and why you’re putting yourself through this torture! That’s certainly the case for me anyway. I’m starting to learn that, like so many things in life, success (or even happiness) in street photography can often be down to your attitude, preparation, and skill. So I wanted to share with you what I’ve learned so far about my worst street photography habits, and what I try do to overcome them. So read on for my street photography deadly sins and how I avoid the temptation of falling into their traps.

Not getting close enough

“If your photographs aren’t good enough, you’re not close enough.” Never has a truer phrase been spoken about photography, and it was spoken by the legendary photojournalist Robert Capa. Of course there are photography disciplines where getting close is impossible (landscape and bird photography spring to mind), but for street, closer really is better in my book. It’s all too easy to want to shoot wider, or use a longer lens, because let’s face it, going up close to strangers and taking their photo is scary. It makes it far more likely your subject will spot you. It’s a bit invasive. It might get you shouted at. It’s a risk worth taking though. For me getting in closer makes all the difference in the world, to the point where even a weak photo that is ‘close’ has an immediacy and a presence that gives it power and transports the viewer right into the scene. I think street photography is all about storytelling, and good storytelling is immersive, transporting the viewer right into the scene. 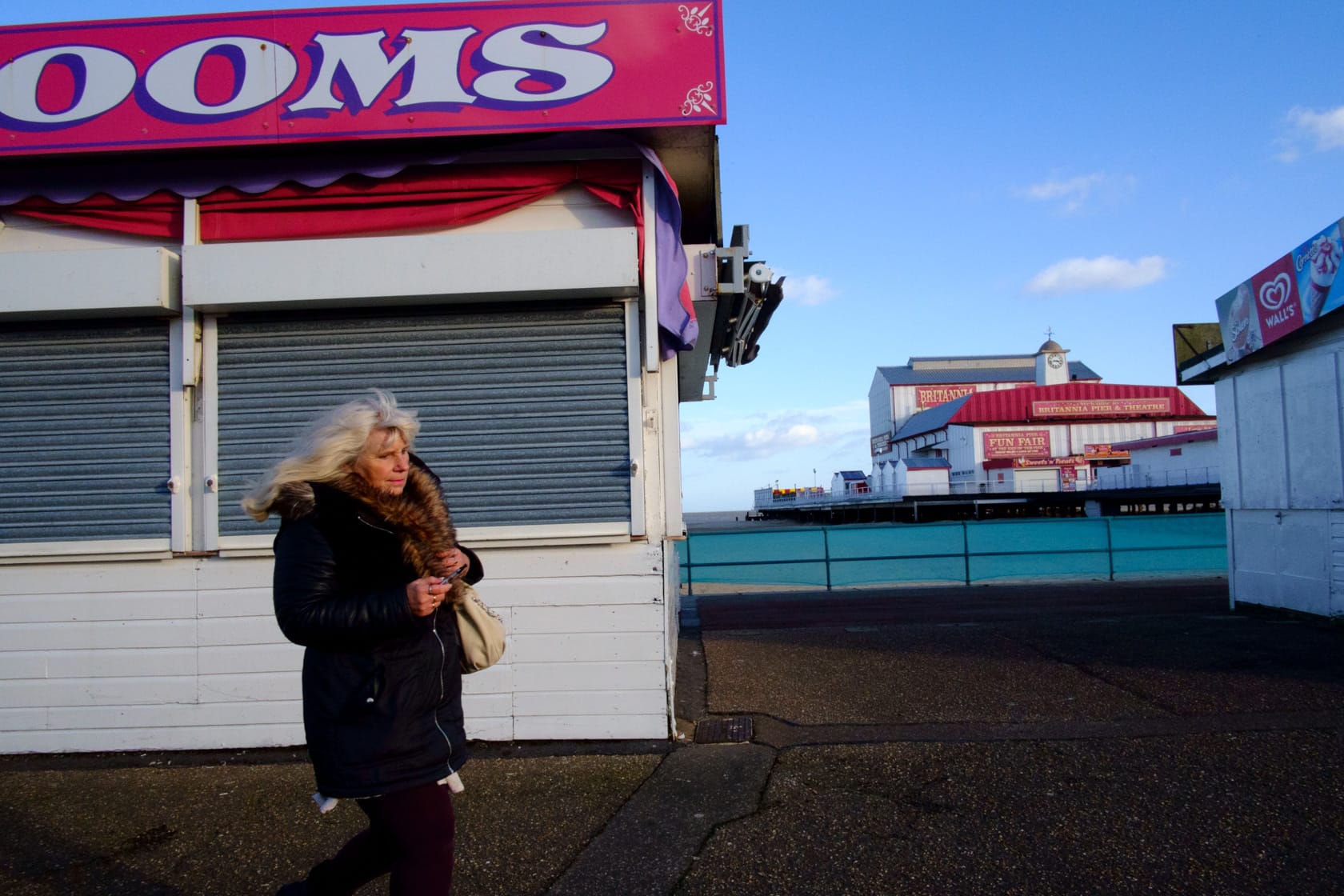 This is kind of linked to not getting close enough I guess. Not being brave absolutely kills my street photography. There are times when raising the camera to take a shot of someone is too much. Maybe that person particularly intimidating looking, or aggressive, or I just don’t feel up to making a shot of them. But those missed shots are the ones that get to me, and they do get me thinking about why I’m taking street photos in the first place if I haven’t got the courage to make certain types of photos! That said of course, it’s all about reading the situation, and you have to put boundaries in place and analyse your surroundings before making a shot. There are some moments that don’t call for photos. Quite often though, I find that the photographers and street photographers I most admire take photos in situations I would never dare to. So I must be braver!

I think this habit might be the most important one to get out of, and it’s certainly a mentality I feel liberated to throw off. I’ve often beaten myself up about a missed photo opportunity, and let it get to me to the point where it’s distracting. This does no good. A missed photo is gone. It will never return, and you just have to accept it and move on. I remember reading some street photography advice somewhere that said each time you go out shooting you have to come to terms with the fact that you cannot make all the shots you want to. The very nature of the beast means that you will miss street photos. It is part of the joy and impulsiveness of street photography in many respects, and it makes the fleeting moments of the shots you are able to catch all the more satisfying. So just embrace the ephemeral in street photography. 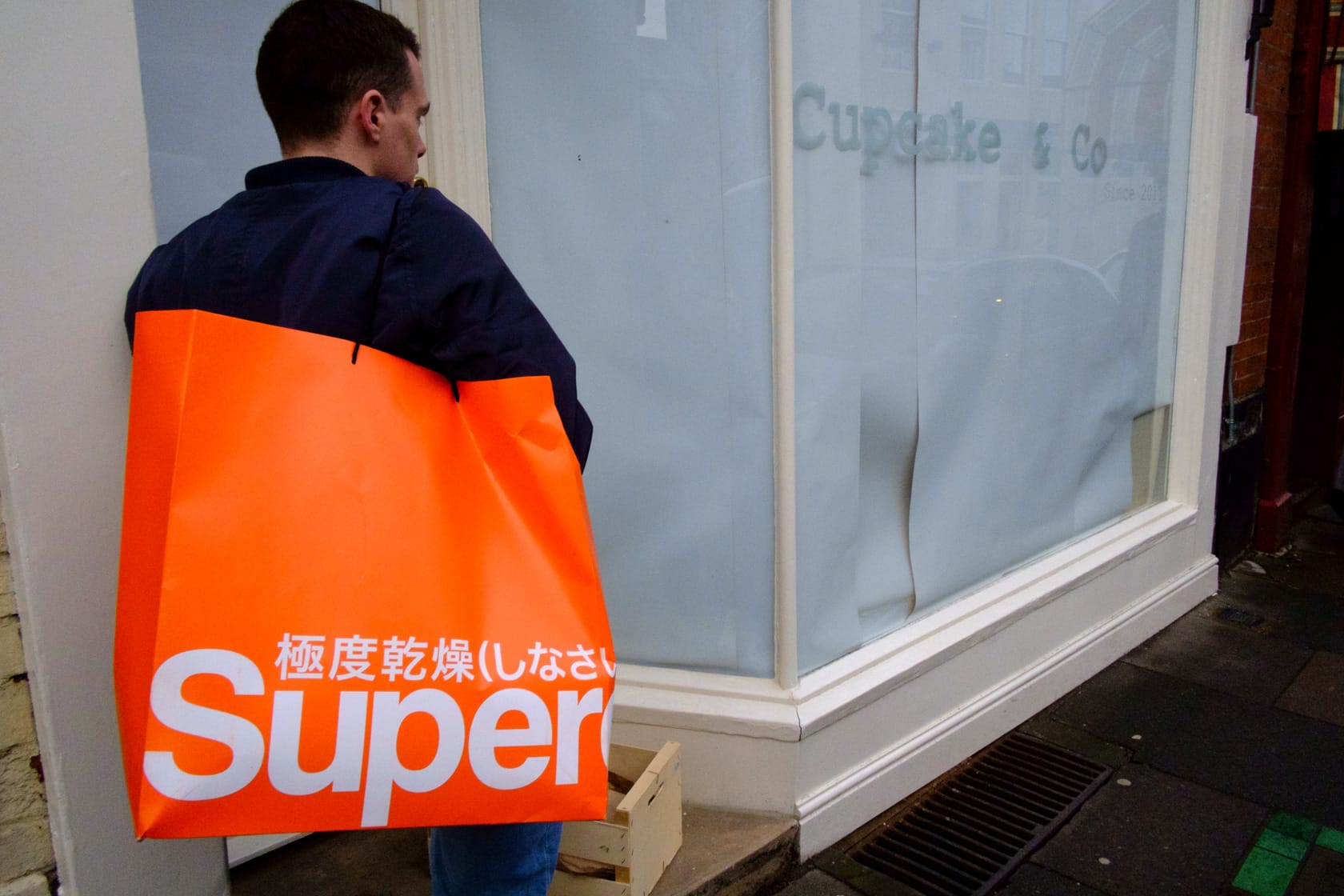 Getting into the mindset that “my town is boring” or “nothing happens here” or “I’ve shot every street here” is totally destructive. It is undoubtedly true that some locations are street photography Meccas, and others are pretty rubbish, but that doesn’t mean that a shit photographer will make amazing photos in a great city, and an awesome photographer will make bad photos in a boring city. I shouldn’t even have said “boring city”, because no city is boring. People will always be doing something, somewhere that is interesting or weird. And the great thing about photography as a static visual media is that you can cheat a bit and mix things up. “Boring” city and rubbish weather? Change perspective and shoot everything from a rat’s eye view. Or scope out interesting locations and wait for a subject. The plethora of “Photo 365” and “A Photo a Day” projects out there has shown that there is lots of interest to be found in the mundane, as long as you apply an artistic perspective. And if your city or town is that boring you can always try shooting in a different place. A couple of hours is often enough for a short street photography session, so try venturing to another city you’re not as familiar with and taking photos there instead. 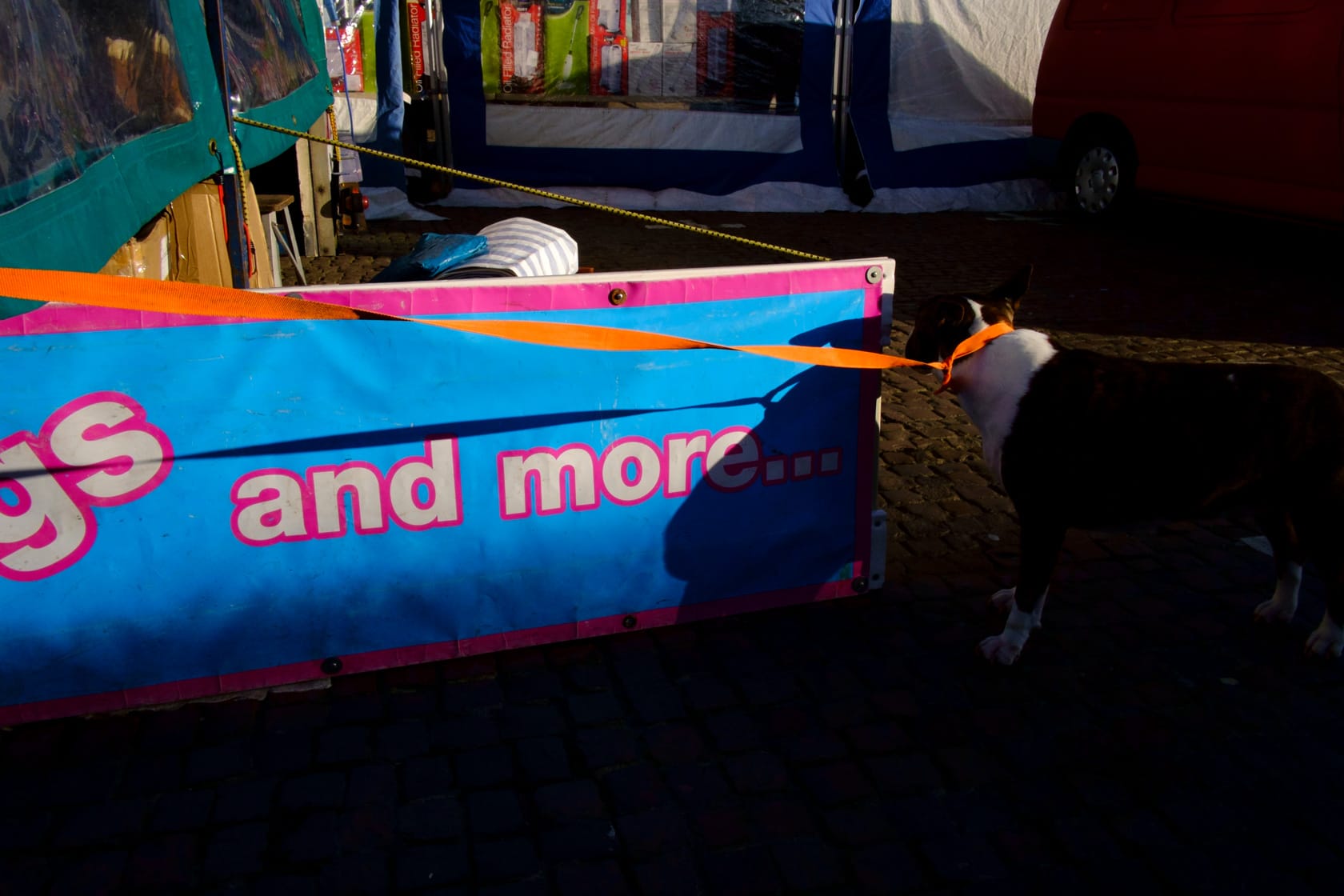 Lack of belief and negative thinking kills dreams, and often creativity. I find it’s very very easy to get into the mindset that everything I shoot is rubbish and I’m wasting my time. And the fact is, most of it is! But the great thing about skills and hobbies is that you can practice and practice them until you get better. Digital has made that so much easier with photography. There are limitless experimentation opportunities, the ability to instantly review, and the freedom to bin all your shots from one photo walk if you truly hate them. In the grand scheme of things, it really doesn’t matter if you come back from shooting without any shots you like. You need to treat each time you head out with your camera as a learning opportunity. The idea is to enjoy yourself and get better, otherwise what’s the point? I’m constantly trying to remind myself that! 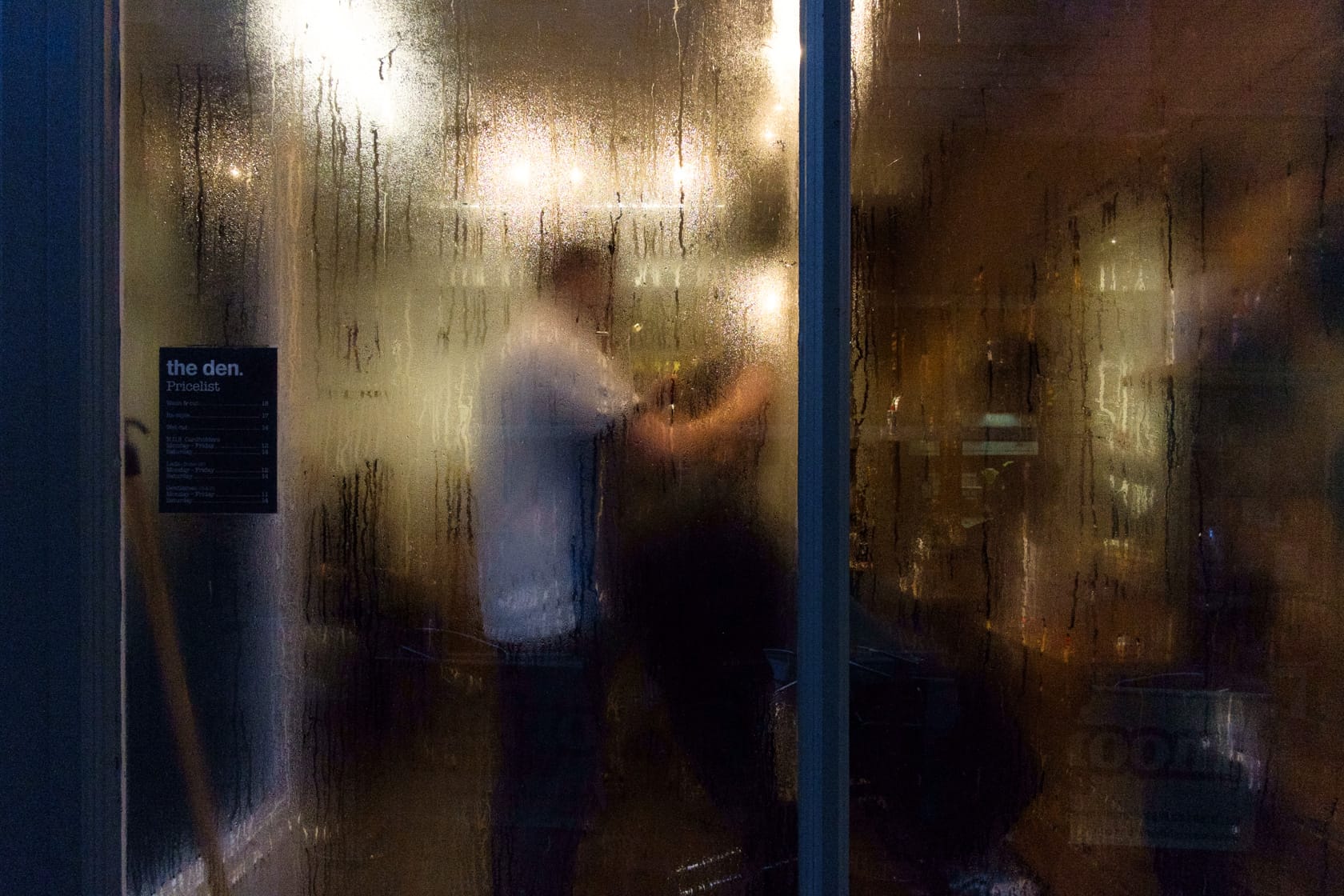 I am very prone to be lazy or impatient with a shot. There are many times when I have found a nice location that’s lacking a person, and I haven’t really had the patience to stick around and work the scene to its full potential. There’s always the trade off to make about whether it’s worth waiting for someone to appear in a great location, or whether I’m wasting shooting time that could be better spent elsewhere. I invariably opt to leave. There’s also the fear of sticking around too long in one place and becoming conspicuous, and looking like a weirdo. I should really change my approach though because a) who cares if I look like a weirdo? and b) a great location can turn a street photo from ordinary to extraordinary. I’ve written before about a successful shot I made by scouting out a good street photography location, and it’s definitely something I need to start doing more.

This may sound a bit silly, but street photography is so much better when you relax! I wouldn’t call myself the most chilled out person, and I really do notice a difference in people’s reactions to me taking photos of them if I’m feeling a bit tense. As we’re social creatures, we pick up on one-another’s vibes, and I find people do tend to react more negatively if I’m nervous. I shouldn’t condone it, but I find if I have a beer to take the edge off and I start to adopt a devil-may-care attitude I end up making more of the kind of shots I want to, with less aggressive reactions, if I even get noticed at all. The right attitude can get you out of lots of awkward situations in street photography. I’m learning that a big part of success in street photography is how you project yourself to the world, and if you’re happy, confident, relaxed and smiling (though preferably not drooling like a lunatic!) people tend to be far more amenable to having their photo taken. 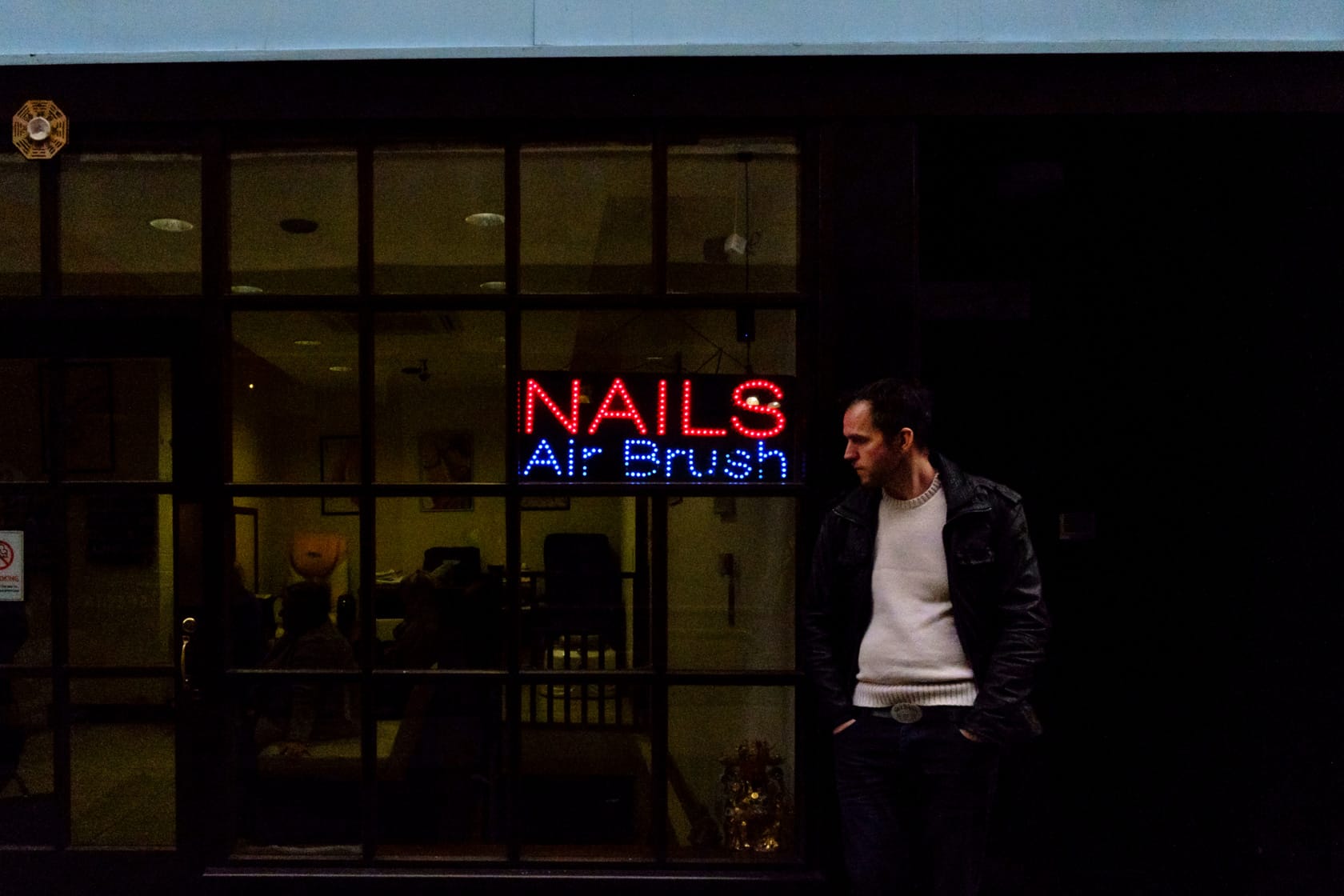 The temptation is there. I spot an amazing subject in the distance. Or they walk past me. If I can just get my camera in front of them I can make a shot! I’d better run! This almost always elicits a bad reaction – what would you think if some nutter with a camera started running after you? Once when toting my Canon 6D and big 16-35 lens I set off running after someone I spotted pushing a cart down an alley. When he saw me take the photo he shouted at me, and I deserved it. ‘Chasing’ a ‘target’ is aggressive predatory behaviour and it makes people feel threatened, even if that isn’t your intention. You can try walking more briskly to catch up, but sometimes you just have to accept that you’re always going to miss some shots, and just move on. 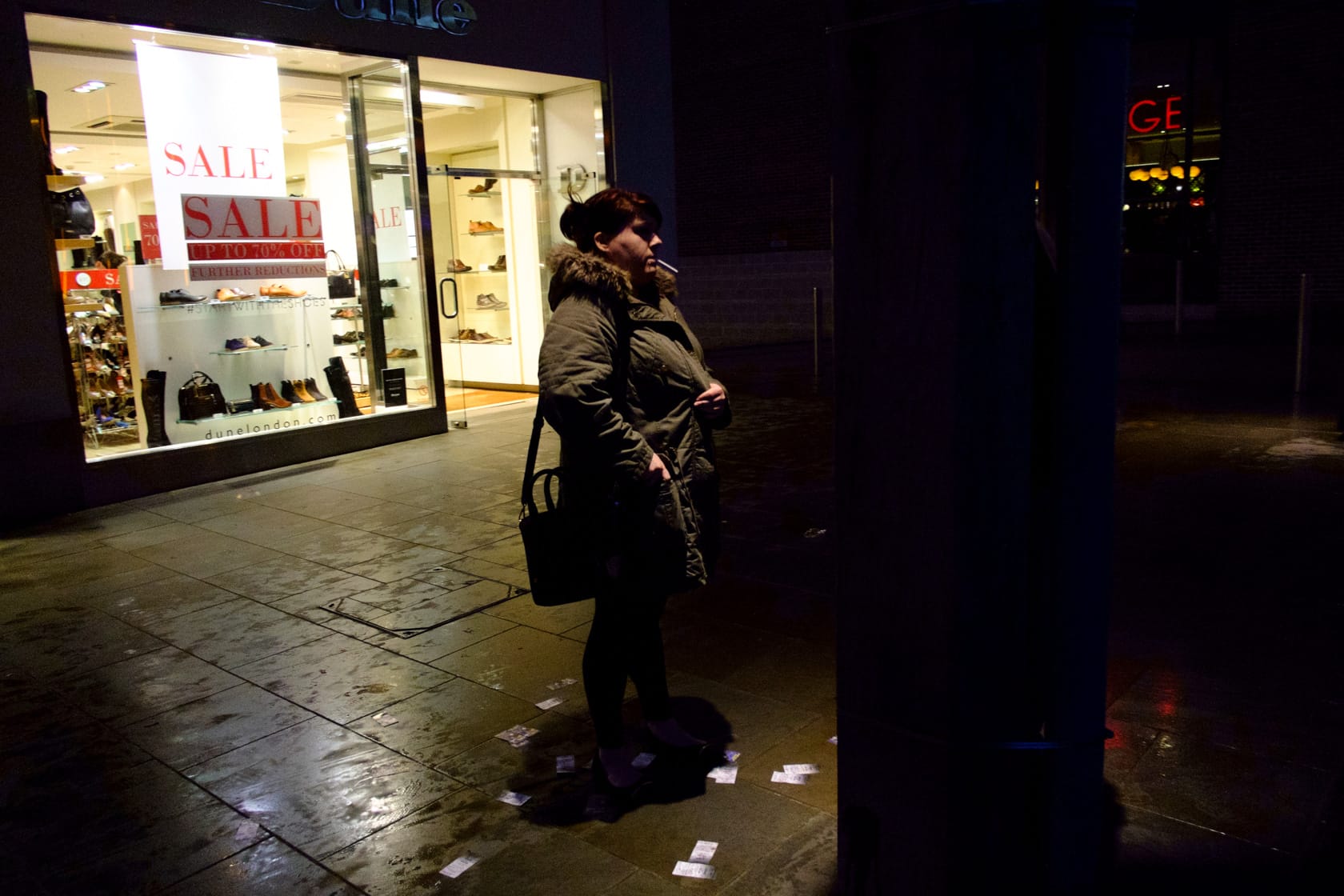 This is another easy trap to fall into I find, and something that I’m especially prone to in the winter months. Winter light is fantastic – the sun is low, and you get powerful, long shadows. It being winter though, that sun can often slip behind clouds, and when it does it’s very tempting to start moaning, think negatively, and decide that once the light has gone the day’s photography fun is over. But it’s not! During the Rome Street Hunt, we all felt frustrated by the unpredictable light, but the fact is that poor light doesn’t have to stop you from shooting – it just means you need to work harder. I shouldn’t use it as an excuse to give up, and neither should you! Plus you can always cheat a bit and fire up your flash and make your own light for off-camera flash street photography!

The Answer – Don’t Over Think!

I’ve noticed a common trend in several of my street photography malpractices, and that is the crime of over thinking. I find that if I spend too much time inside my own head I end up thinking and thinking and thinking to the point where I stop reacting fast enough to what is going on around me and I don’t take risks with shots. I get into the mentality of “well that shot won’t be good enough, so why bother?”. But the problem is that if you think like that you’ll never make any photos. Sometimes you have to take risks, and experiment. Make a leap and maybe a shot will come off, and maybe it won’t. As I’ve said, it’s not the end of the world if the shot is rubbish. It’s a learning experience! So, click that shutter! 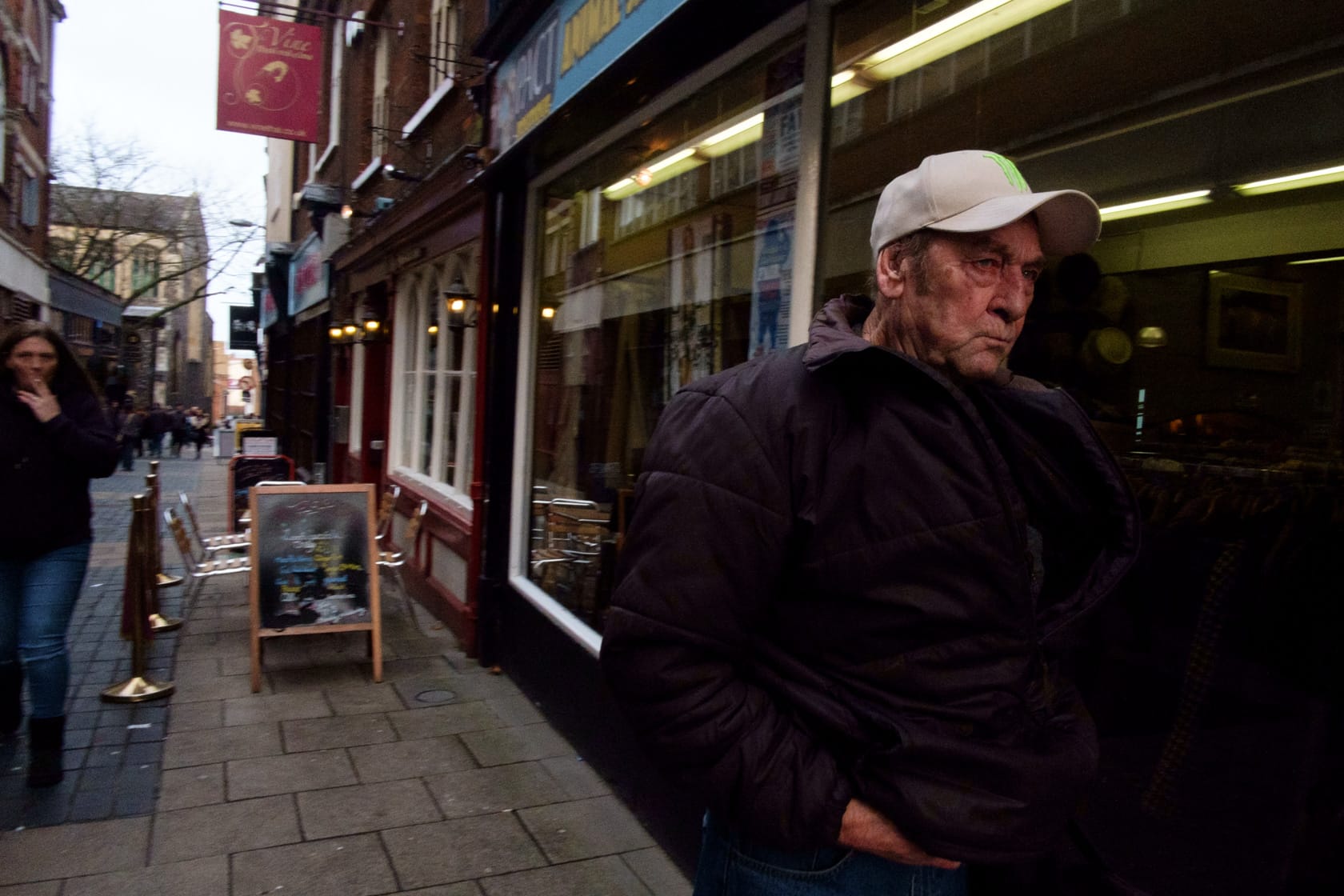 What are your street photography bad habits, and how do you overcome them? Let us know in the comments below!