Back in September 2015 I wrote a post titled “13 Reasons Why You Should Shoot Film In Street Photography“. That post had been welcomed by many, especially by all us nostalgic film users. Today I have decided to share with you 15 reasons why you should shoot Digital in Street Photography, because as you know I shoot both and I still can’t make up my mind. What I keep telling myself is that we shouldn’t have to make up our minds and choose one or the other, we can shoot with both. In addition to the above reason, I tried searching on the web for reasons to shoot digital and I couldn’t really find any. It seems that everybody has been writing about reasons to shoot film, so this is a good opportunity for me to go against the trend and even against my own preachings from the previous post.

Let us for one instant imagine that you dear reader and I were chatting in a pub, right now, enjoying our favourite beverages (beer for me), talking about photography, and I was totally and utterly a 100% digital shooter (which I am not) and I wanted to convince you of the benefits of digital technology in Street Photography, this is what I would have told you to make you see things my way.

15 Reasons Why You Should Shoot Digital In Street Photography

Film costs money. Each roll costs anywhere from between €3 to €15 depending on where you buy it from and what make and model it is. Imagine getting 10 rolls of Kodak Portra 400 before a trip and paying something like €80-€110 for them. But paying for your film doesn’t stop there. You will also have to pay money to develop your films. To get 10 rolls of colour film developed in Crete, you would have to pay 40 euros. But what have you paid all that money for? You have paid for 360 frames only! And this leads me to my next argument.

You are not limited to 36 frames

That 36 frame limitation that film has is a real annoyance most of the time, especially when that roll ends when you are in the middle of an important moment, one that you absolutely need to keep photographing. Oh the frustration. This limitation also makes you constantly worry if you will run out of film. Sure, film cameras can run forever without batteries or if not forever for a very, very long time at least, but can they shoot when you are out of film? No! So you have to have more film with you, at all times. 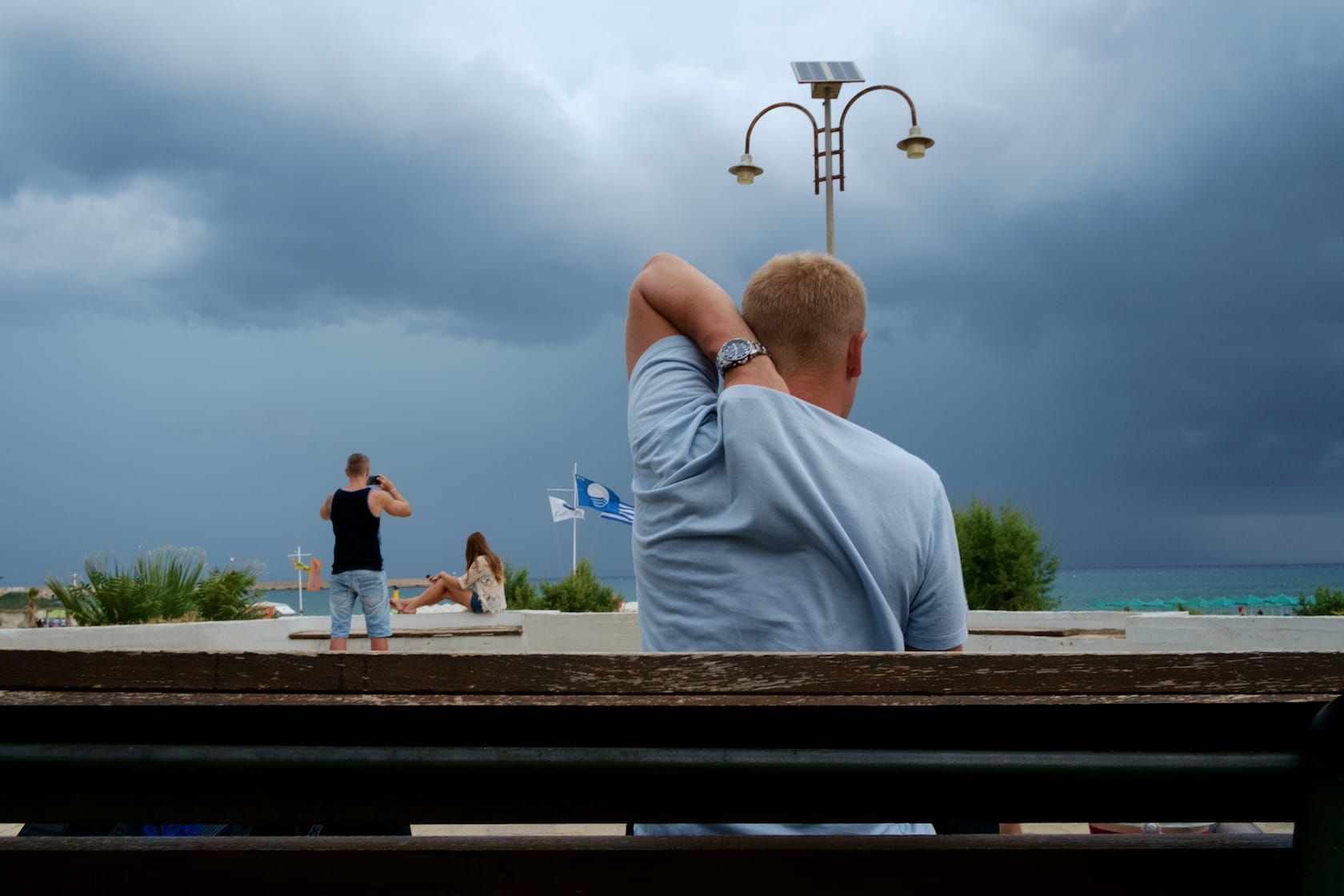 Carrying 5 or 10 rolls of film around with you isn’t the most convenient thing. Film canisters have mass. They take up physical space and if you need to take many photos you will need many rolls with you. Introducing the camera jacket with a million pockets that most modern street photographers no longer use anymore! I feel so much better that I can just “fit” 30 rolls of film in one little memory stick.

Film is getting harder to find

Even though the Internet is a place where you can find practically anything, it is a fact that film is getting harder to find all the time. Online camera stores that sell film are closing all the time due to reduction in demand. Film is not found in your local camera stores any more unless you are very lucky, but if you do find film in a local store it will most likely cost twice the amount of what it costs online.

Film is even harder to get developed

Developing silver based b&w film isn’t hard and it is a nice way to pass the time. I have developed tens of rolls and I have to admit, I enjoyed developing each and every one of them. But I invested time and effort into learning the process, I bugged fellow film street photographers for tips and pointers and at the time I was developing, I actually had the time to do so. Also I didn’t shoot colour then. Colour film can be developed at home but it isn’t as easy as developing classic b&w film. The normal thing is to take you colour film to the lab and get it developed there. The lab! What lab?! There are no labs left any more!! We have 2 on the island of Crete and about 10 in total in all of Greece. I know for a fact that in the rest of Europe and the USA the labs that actually develop film are not more than 30-50 and only a fraction of them do actually good development work. Imagine, shipping your film to another country for development and waiting a couple of weeks if not more for your photos to come back to you. If they come back… 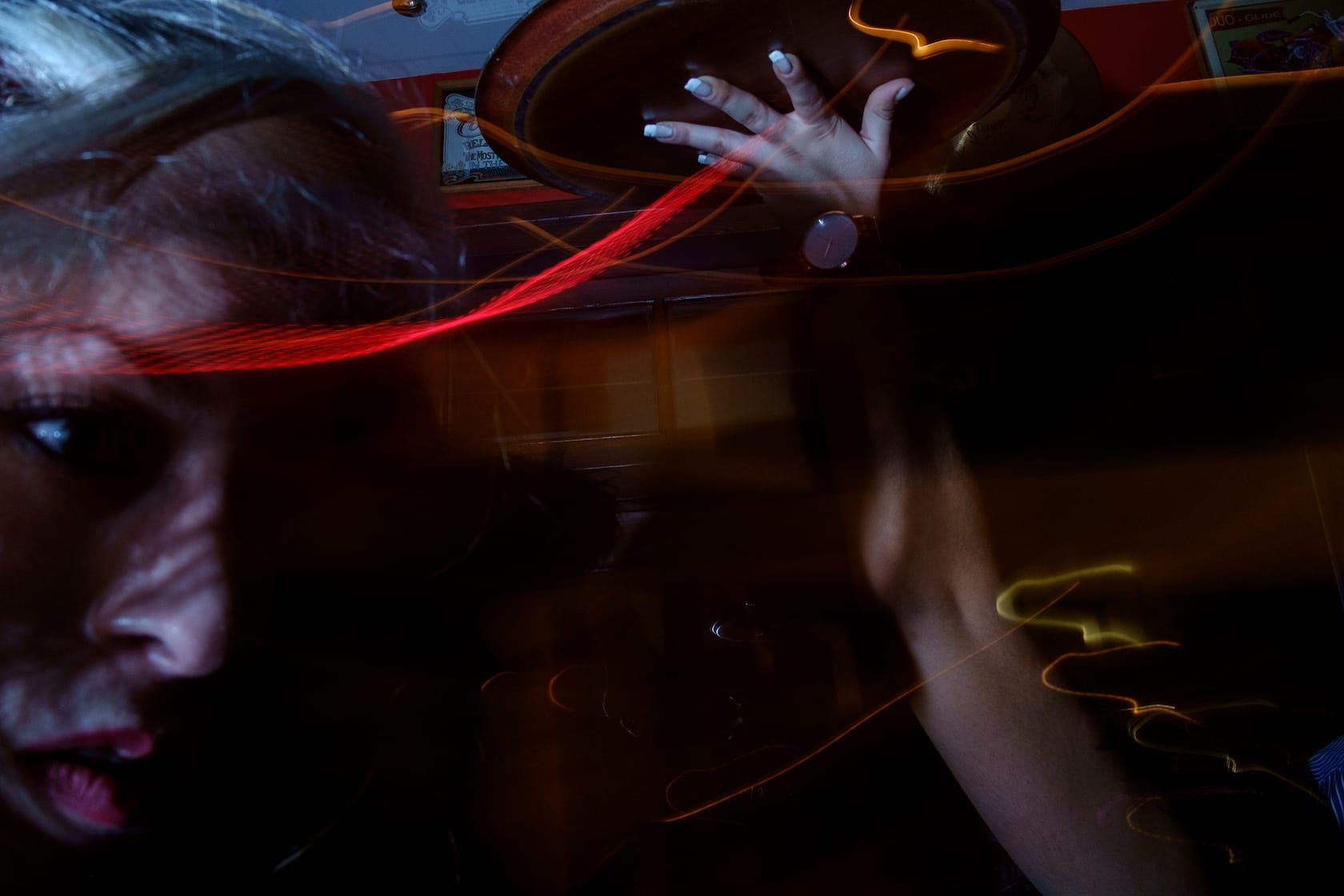 Did you know that any film that is above 400 ASA gets fried in the x-ray check at the airports? So, if you are planning on shooting a roll of awesome Cinestill 800 and then bringing that film back with you, forget it! You will have to get it developed first, otherwise you will have to find a way to get it into your country without it being x-rayed. X-Rays will potentially fog your 800+ ASA undeveloped negatives.

With digital you get instant feedback

This is easy to explain. If you have shot digital before you know that there is a little LCD screen on the back of your camera. You just look at that screen to get instant feedback about the photo you just took. So you know if you are exposing or even framing correctly instantly and you don’t have to wait days to see what you actually photographed.

With digital you can learn photography faster

This argument is based on the previous one. Since you have an LCD screen and you can get instant feedback for your photography, you can easily experiment and thus get a faster and better understanding of photography. Just take a photo using specific settings, chimp by looking at the photo in your LCD screen, make corrections and shoot again. Chimp again and learn.

You can process your photos to look like film

If you like digital cameras but you are really into the filmic, organic look then go and buy a Fujifilm X-Pro1, set it to JPG and fire away! But what if you don’t have an X-Pro1 or you don’t like it as a camera? Well, then you can get loads of different film simulation filters and plugins for your favourite post processing software and transform those super clean and crisp digital photos into grainy, washed out, organically looking photos! Hurray! You can look cool now through your photos by pretending you are a film shooter… 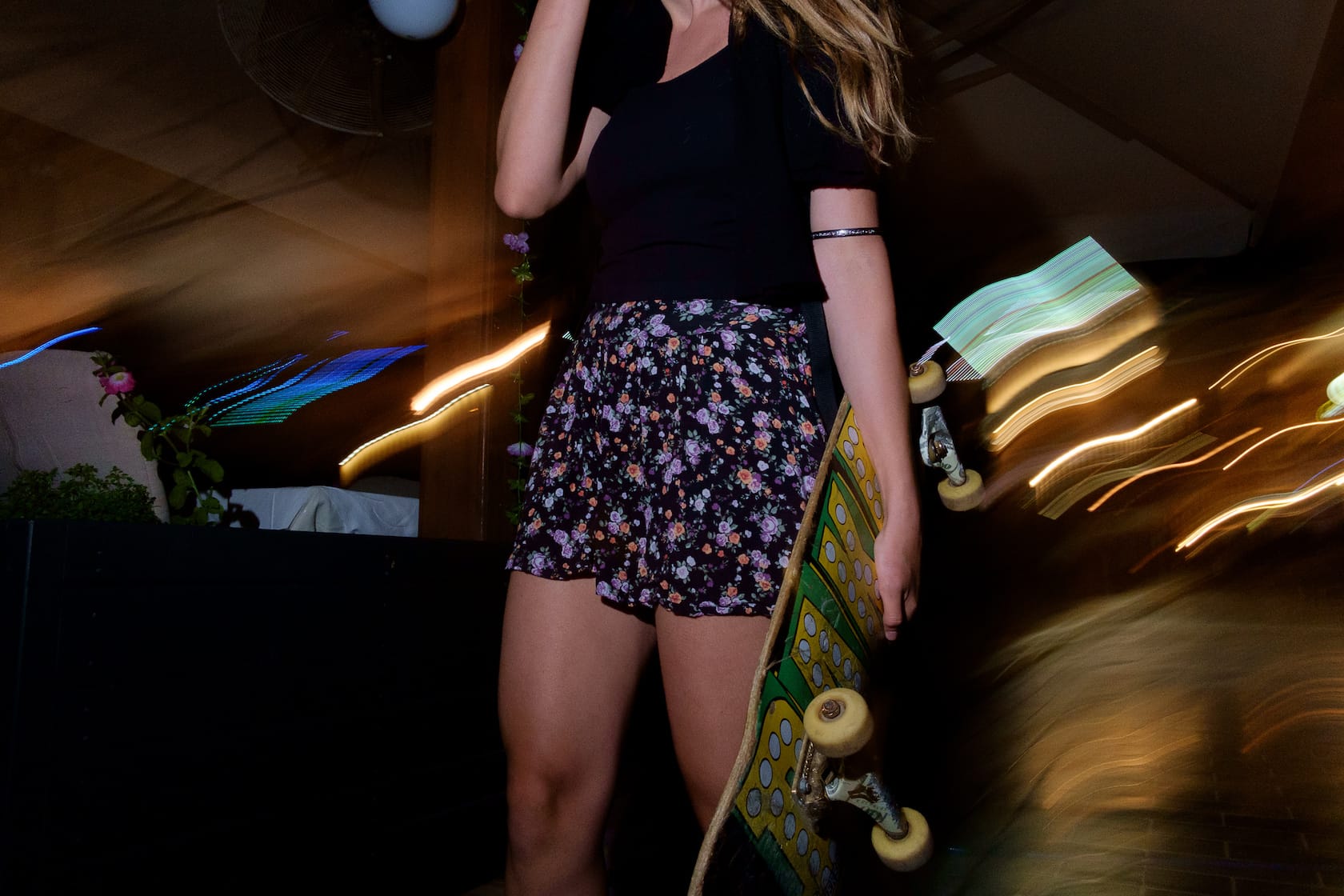 There is nothing that is more convenient in digital photography than switching ISO at will. Not even having hundreds of empty frames to fill, or an LCD screen to chimp, or in camera film effects. The power to shoot in broad daylight and in poor evening light with the same exact gear and the same exact memory card is simply amazing! The practical applications of this technology are highly appreciated (by me)!

If you are not very good at exposing you can always choose to shoot your photos in RAW (as long as your digital camera supports this). Then, in post processing you can correct your mistakes and make your over or under exposed photos look good. I have done this many times myself.

If you are a person that likes the concept of film, meaning that you like getting a specific look & feel when shooting in different circumstances and locations, but you don’t want to use a film camera, then you can use one of the inbuilt camera presets your digital camera has to offer and get the same constant results, just like you would if you have a specific film in your black box.

You can share your work very fast if not instantly

This is another awesome feature of shooting digital in street photography. You can just share your work to your various social profiles, family and friends almost instantly. Just go home, slide that SD Card into your computer and bam, your photos can now be shared with the world. If you own a newer digital camera, one built after 2013, you can almost certainly transfer your photos wirelessly to your smartphone and share them instantly all over the place. Now think about what I said before about waiting for a couple of weeks to get your photos in your hands when shooting film and tell me which option you would rather want to have. 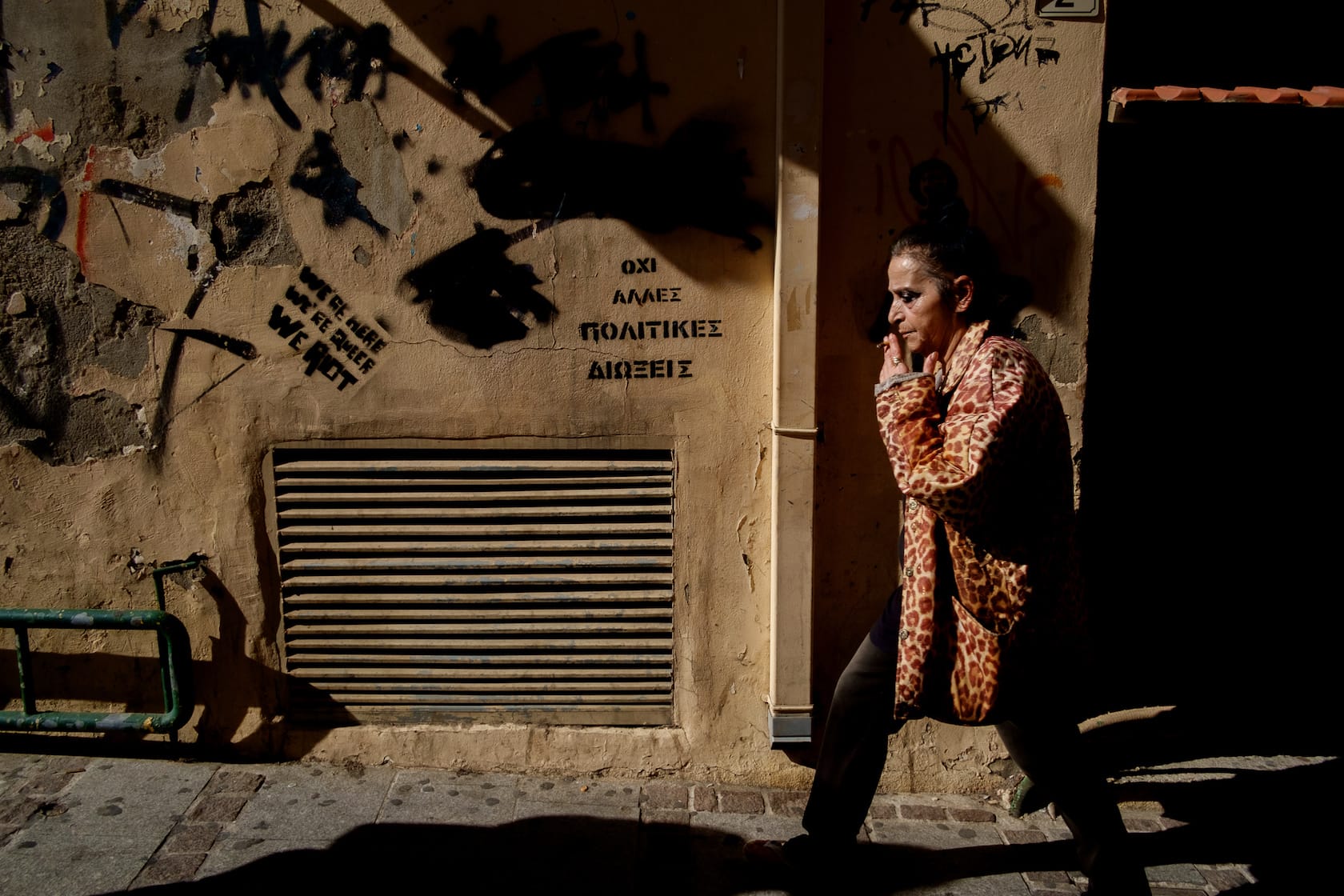 Yes, some of the very best street photos have been shot on digital and the number will only increase with time. More and more people embrace digital photography and some of those people turn out to be amazing talents. A handful of those people will shoot photos that will place them in the photography hall of fame and will be forever remembered, just like we now remember the master photographers that shot only with film.

Film cameras are no longer supported (besides Leica & Nikon)

Official support for film cameras is non existent. The only camera makers that support its film cameras is Nikon and Leica and they bloody well should if you think how expensive they still are!

You can choose film over digital or digital over film, but in the end what matters is what makes you feel more connected with your art. I am going through a digital phase again and for this I have to blame my Fujifilm X-Pro1. It produces photographs that I really like, photos that remind me of my film photos but with much less hassle. I might ditch it in a year and pick up one of my old film cameras again in the future. I don’t give these matters all that much thought really, even if I have argued about both formats extensively.

What do you like shooting with? Film or Digital and why? I would love to know your choice and the reasons why you have made that choice.