Shot with a Fujifilm X-Pro1 and Fujinon XF18mm f/2 lens in Rethymno, Crete.

I made this photo on the same day I took “All in White” – the street photo I wrote about for my last Weekly Street Hunters pic. That particular day was a Saturday, and it was probably one of my most enjoyable and successful street photography sessions since the street hunt in Rome. In fact, this was probably my longest street hunt since Rome too! It was one of those days when everything came together and I was really really enjoying myself. Enough time had gone by since I first got my X-Pro1 for me to really feel at home with it, and I was like a thing possessed on the streets.

I was walking down a street that leads from the Megali Porta in Rethymno (the word means ‘big door’) which is a large archway that marks the beginning of Rethymno’s Old Town area. This street is only about a car’s width wide, with high pavements either side and shops all along it. On Saturdays this street is fairly busy by the standards of Rethymno in winter, because it links the heart of the Old Town with the municipal gardens, taxi rank and church. In the early afternoon on this particular Saturday the sun was streaming down the street from one direction. Positioning myself side-on to people as they walked up and down the street, I was able to get passersby lit from just one side, producing an interesting and dramatic effect. With my exposure set just for the sun’s brightest highlights as it illuminated people, the rest of the frame was largely left in shadow, except for those small areas of artificial light coming from the shops. The photo I’ve chosen here was the first shot I made with this approach, and it’s my favourite from that location. I like the ruggedness of the man’s face and the fact that he’s looking down creates a strong shadow across half of his face. Behind him is the gloomy figure of a man in a suit who is just appearing from the murky shadows.

Days like this are what street photography is all about! 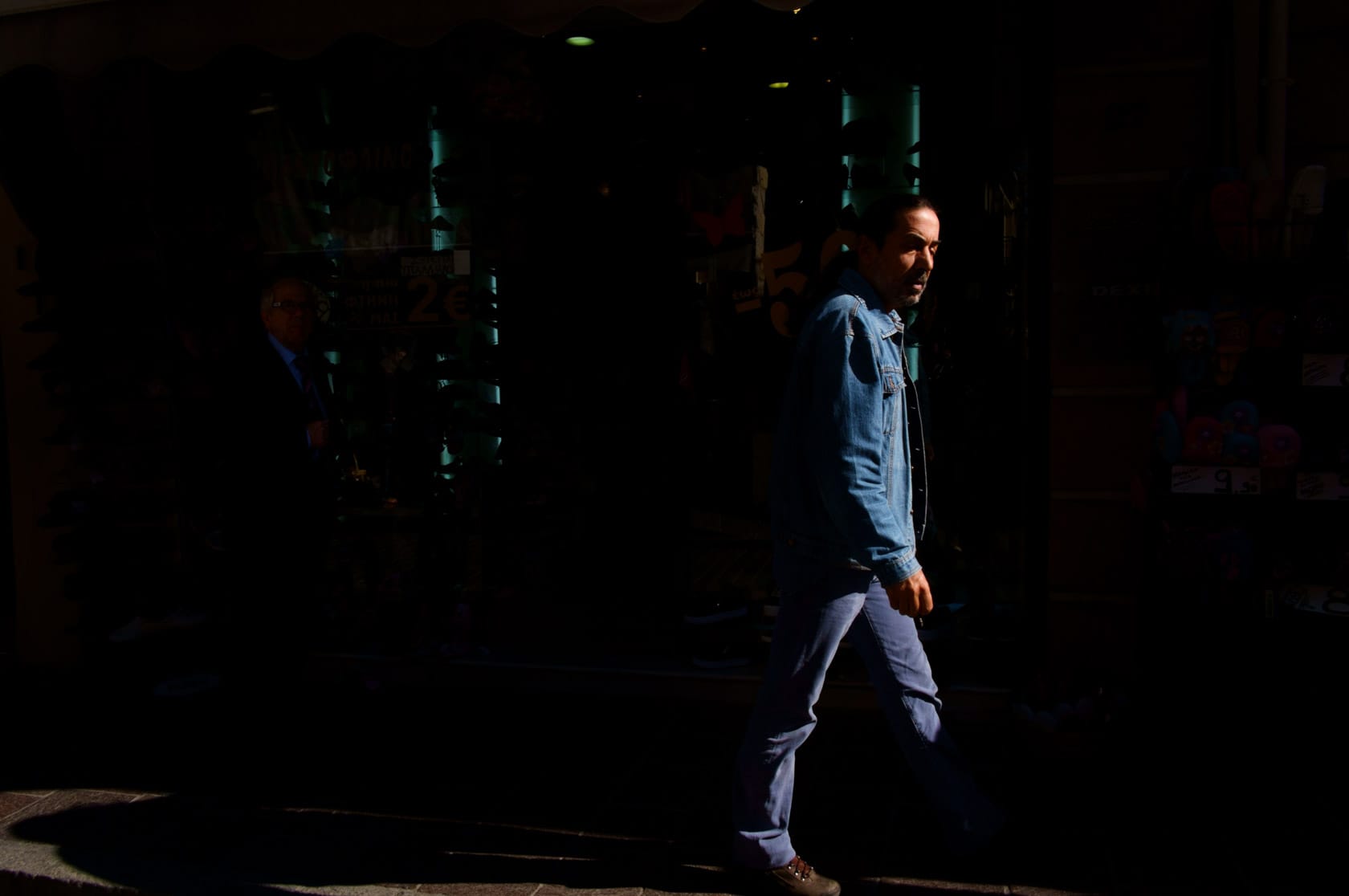