The week before Halloween, I was fortunate enough to finally take a small vacation with my girlfriend. The destination was New England. Specifically, Salem and Cape Cod. We were just going to “wing it”. Drive to these towns and explore. Provincetown, Massachusetts was the last stop on the road trip we loosely planned. Thankfully, the weather was gorgeous. Skies were clear and the temperature hovered in the mid 50 degree F range. Relaxation and sightseeing was the main objective, but of course, I wanted to shoot as well.

Provincetown is an adorable town located on the extreme tip of Cape Cod, Massachusetts. I say adorable because if you picture an idyllic New England fishing town, Provincetown pretty much fits the bill. Although the harbor is very active with fishing boats, the town is small and charming. Located 45 miles east by southeast of Boston (by land or sea), it is home to approximately 3,000 year-round residents. However in summer, it can reach an astounding 60,000 including visitors. And understandably so. Beautiful beaches, lighthouses, a thriving art scene and a lovely town filled with restaurants, pubs and shops. “P-town” is also known as a popular vacation destination for the LGBTQ community and is home to the ‘Atlantic House’, said to be the oldest gay bar in the US.

We arrived in P-Town early afternoon on the eve of Halloween and made a beeline for Macmillan Pier, hoping to catch some fisherman unloading the day’s catch. Unfortunately we were too late. No matter, though. It was beautiful weather and a walk out on the pier was still delightful… the boats, the gulls, the sunshine. As we walked back towards the town, we approached a little office “shack” on the pier. I had my NEX 6 all ready to go because I was shooting some of the boats. The front door opened and two gentlemen walked out. The older fellow, pictured here, turned towards us. Standing below him, looking up towards the porch, I lined up his face against the blue sky and harsh light. As he squinted his one eye to get a look at me, I snapped. A “how ya doin'”, a “thank you”, and I was on my way. No fresh fish, but a good catch nonetheless! 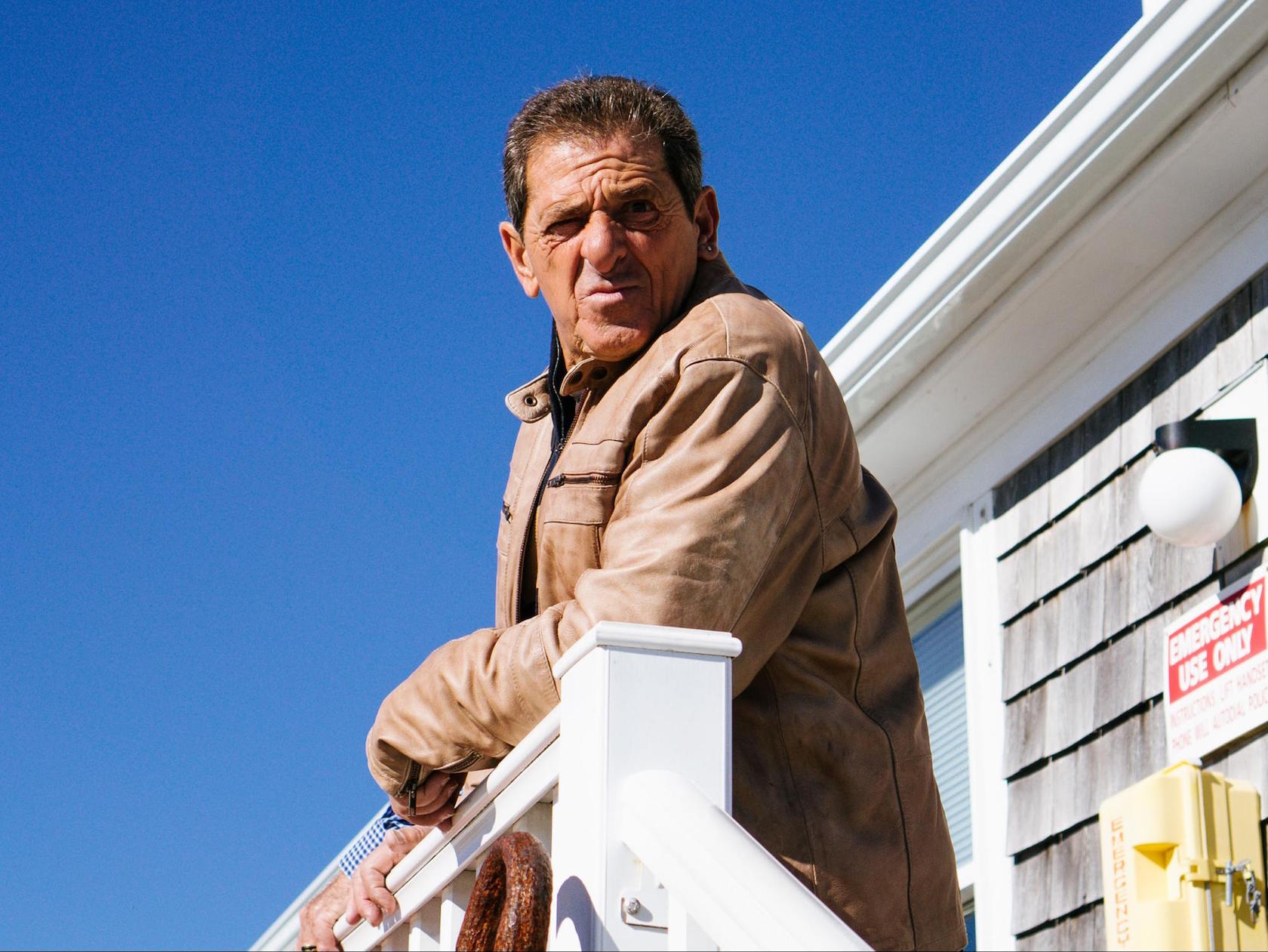