This is a photograph that has been shot with a Sony NEX-6 and a SEL35F18 lens, in Rethymno, Greece.

This photo was taken more than a year ago in September 2014. I remember it was about the time when my eye was starting to see things in colour. I was in transition, moving from B&W to 100% colour.

The reason I shot this in colour was because of the two brightly coloured bins. The blue one is for recycling paper and plastic, while the yellow one is for recycling glass. Both those bins, side by side gave a certain look to the composition that I liked and for that reason the photo wasn’t converted to monochrome.

I made this photograph 50 meters from my front door. It was the first photo of the day and shooting it gave me that kind of satisfaction only we Street Photographers understand. I was with my friend Yannis Fragkakis – a fellow street shooter – and we had only just met. As we were walking down the street, we spotted this guy resting on the bin and the car. I remember Yannis nudging me to make the shot. So, I complied. I took several shots, some from really close too. The poor guy was so wrecked he never knew I was there.

At first I thought I didn’t want to publish this photograph. But I thought about it a bit more and changed my mind. I felt that if his face showed while he was in this state, it would have been embarrassing for him, but since it didn’t show, I could proceed with publishing it without feeling guilty. Neither Yannis nor me actually saw his face at all. So we couldn’t even recognise him if we saw him again. 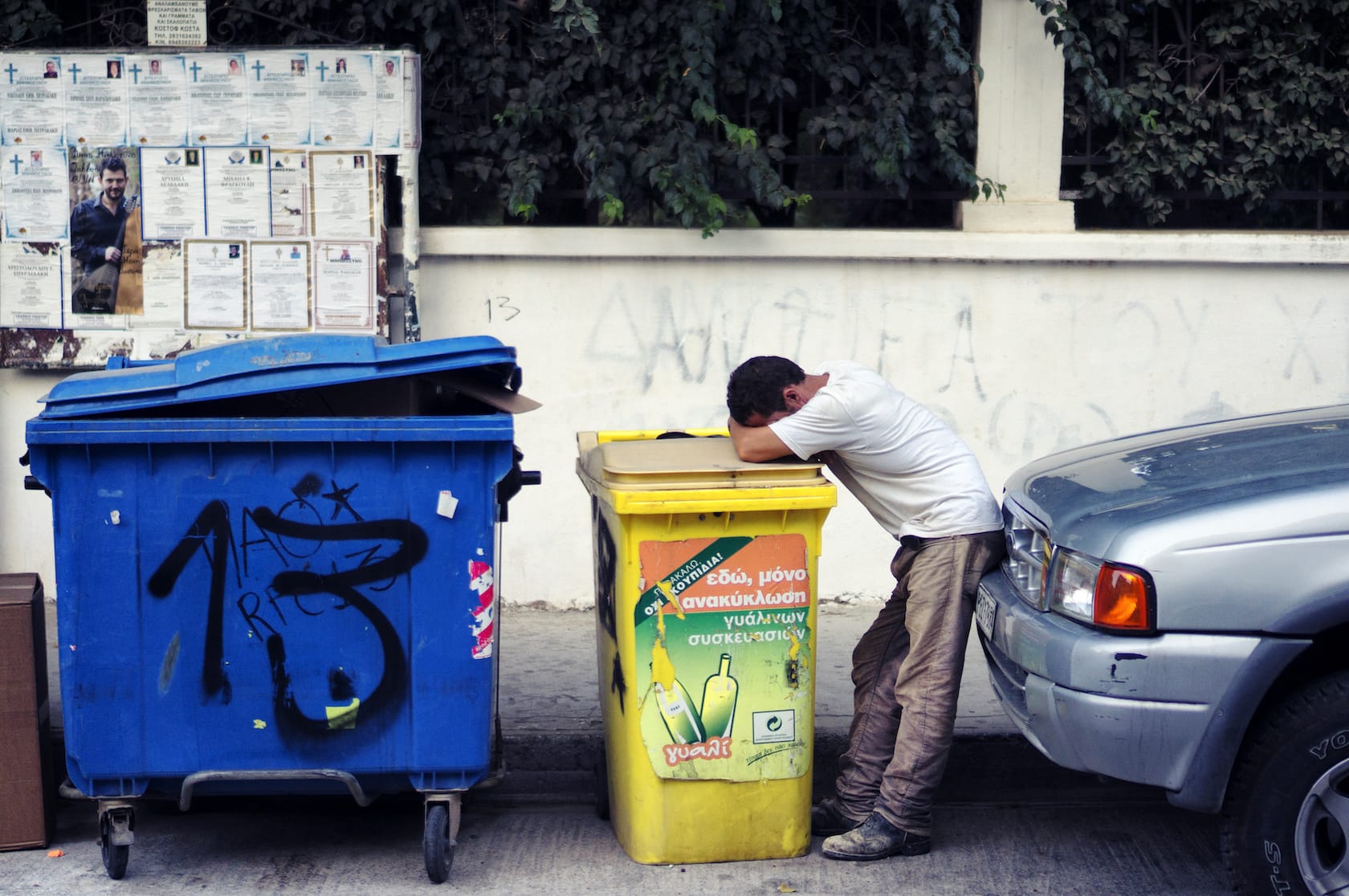