This photo was shot in Rome, Italy with a Fujifilm X-Pro1 and a Fujinon XF18mm f/2 lens.

If you’ve been following the streethunters.net website recently you’ll have seen that Spyros Papaspyropoulos and myself visited beautiful Rome recently for some street photography, and to record the Street Hunt #17 video which we released last week! The visit to Rome for street photography was my first time exploring the Eternal City, and I have to say I liked it very much! Rome is a very good city for street photos because it’s so packed with people, full of interesting and historic architecture, and the autumnal light in the city (when it’s not hidden by cloud) is just perfect!

This particular photo was made on Thursday, the first day of our stay in Rome. If you’ve read Spyros’ diary of our stay, you’ll already know that we were pretty exhausted after our early hours flight but we were so excited about being in Rome that we started shooting straight away! In the lead up to this photo I’d seen the mighty Colosseum for the first time, which was a truly awe-inspiring experience for me.

As we walked away from the Colosseum, we took a road which leads to the ruins of the ancient Forum and on to the stations of the cross at the friary on Palatine Hill. The stations of the cross and the road itself terminates at the small church of San Bonaventura al Palatino. On our journey up the hill to the church we were joined by many Catholic pilgrims from all over the world who were following the stations of the cross, and when we reached the church there was a steady stream of people walking in and out of the large double doors. Spyros commented on how amazing the light was as it spilled across the facade of the church and illuminated people as they stepped in and out of the church. We set our exposures, and waited for a good subject to appear. I fired several shots of people as they emerged from the darkness of the church and into the light, while Spyros waited for the shot he envisaged in mind, of someone stepping into the church with their hand resting on the door as they crossed the threshold. Unfortunately he never got his shot, and moments later the sun disappeared behind clouds, never to return again while we were there! So this shot I have here is the best we had to show from our combined efforts at this location! 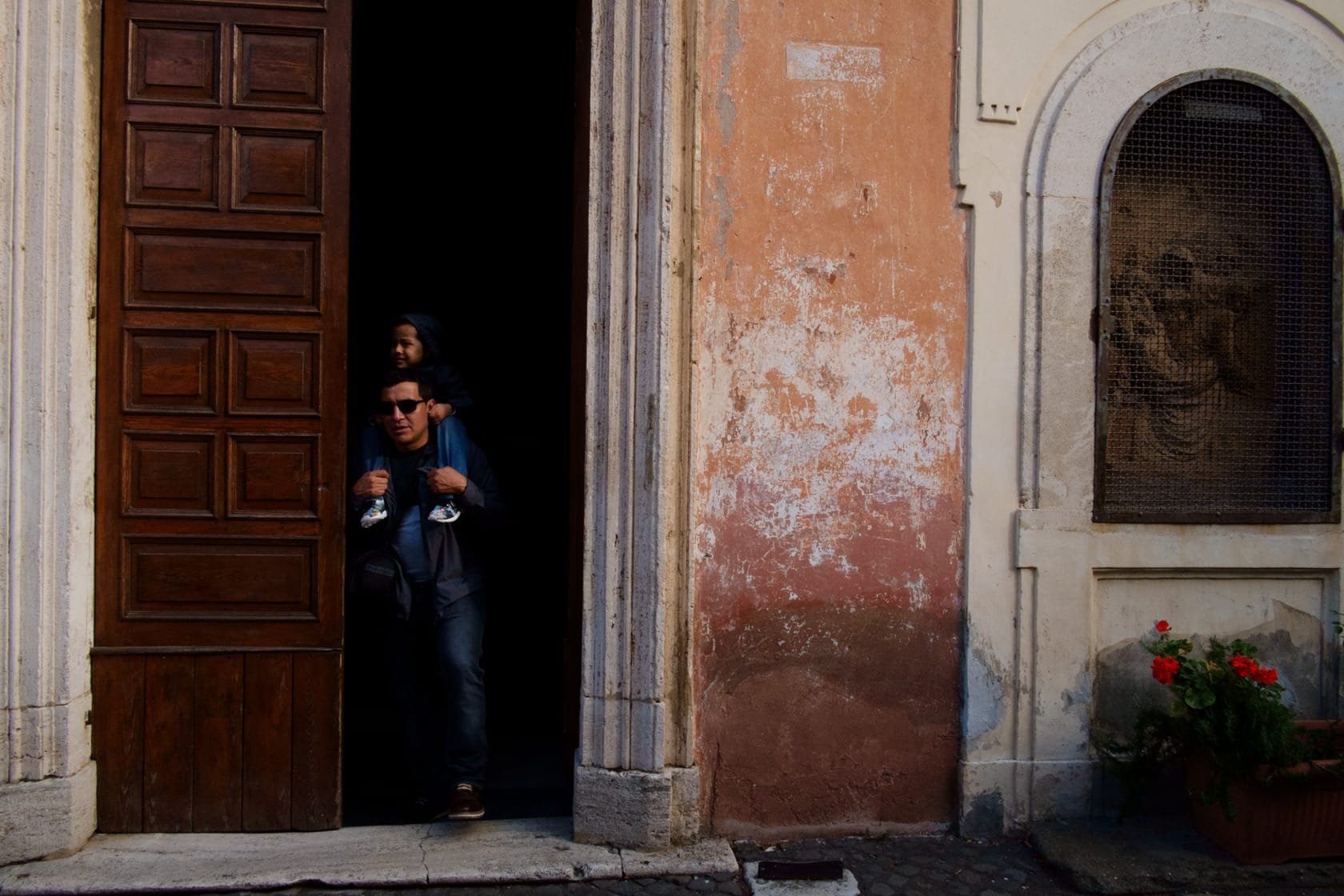