Street Photo of the week by Jonathan Higbee

Jonathan Higbee is a Street Photographer who emphasises storytelling. As a photographer he aims to capture moments that can be explained in many different ways. The most important part of a photo for Jonathan is the message hidden behind it. Jonathan’s work has appeared on leading blogs online and in national magazines.

You can see more of Jonathan Higbee’s work on his website at http://www.jonathanhigbee.com/, and on his flickr portfolio at https://www.flickr.com/photos/angelcityboy/. 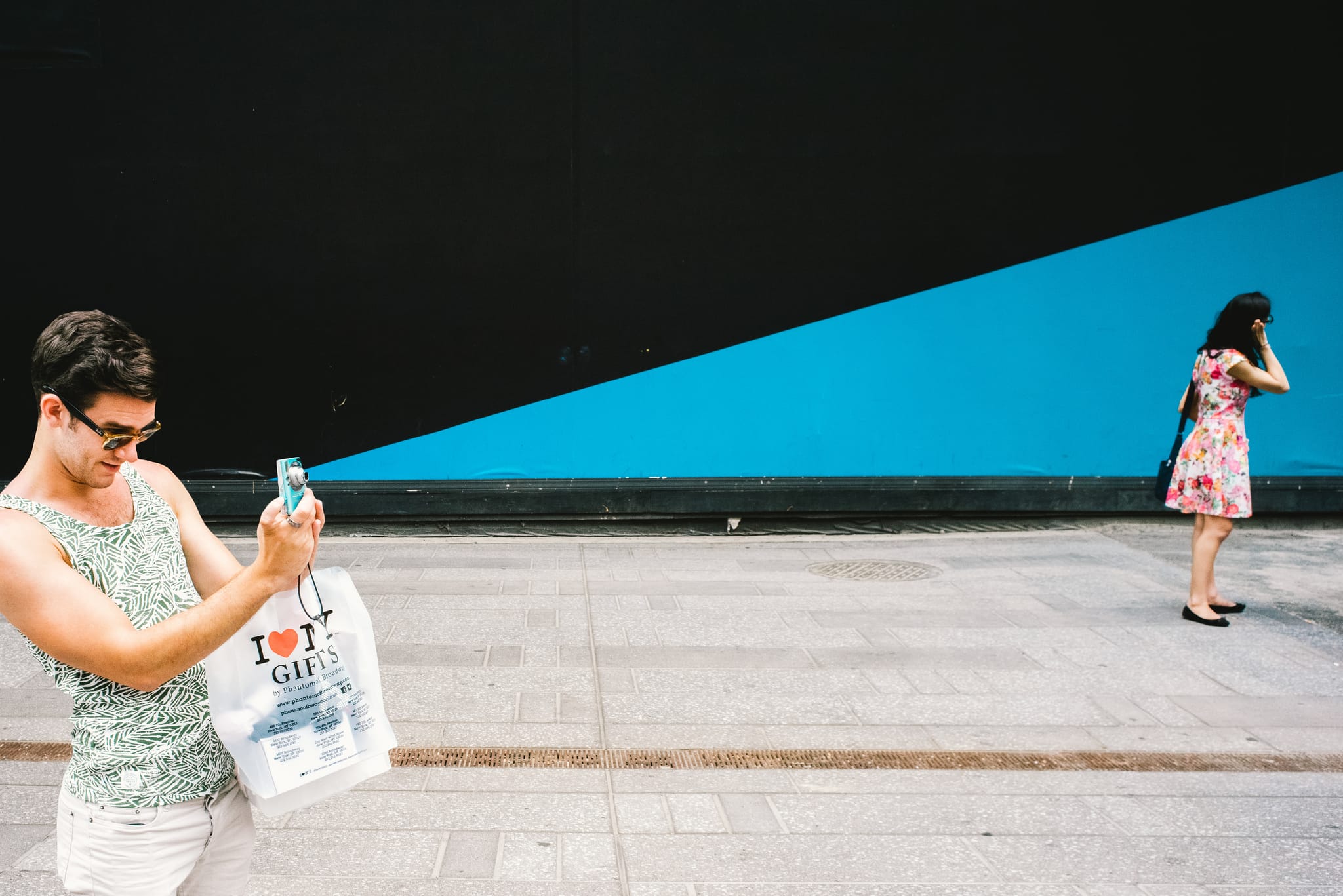 It is obvious why this photo is killer. Jonathan has managed to combine random moments into a masterfully composed capture. The man on the left is photographing someone that is not in the frame, while standing in front of a wall with black and blue colours. The camera the man is using is blue also, which is a most pleasant coincidence that adds to the story of the photo. The girl on the far right is someone who has nothing to do with the photo the man is shooting, but she is there, in the perfect position, right in front of the blue part of the wall that is in the background. She is essential in the composition, helping the illusion of the “blue light” projecting from the man’s camera to seem more real. Jonathan Higbee saw the connection between these two strangers. He saw the illusion present itself to him and he grasped the moment – he took the shot. The colours of the wall in the background connect the man and the woman, making a story that is totally surreal. A story that can make even the most stuck-up photo critic shut up and drink the Kool-Aid. This is an awesome image and I say hats off to Hibgee!