When I was a teenager, my friends first turned me on to “underground” music. By underground, I mean the music you didn’t hear on the radio. Punk, metal, new wave. And for that, I am forever grateful to them. The exchanging of cassette tapes, tape trading, buying records and going to shows were activities on the short list of the things we cared about. Being from a relatively small town, we had to rely on word-of-mouth to learn about new music. No internet then. It was discovery via mail or phone. Or by going to the record store. We would have to call clubs in the bigger cities to listen to their “concert line” messages to find out what bands would be coming. But the single greatest resource for discovering new music, outside of a friend’s testimony, was ‘the zine’.

The zine’ was a wealth of information. Independently published, almost exclusively in black and white and on newsprint or Xeroxed. It was packed with record reviews, features on bands, editorials, “letters to the editor” and photographs. There were ones that were circulated nationally, mostly via record stores, and there were smaller, regional ones. Zines were a foundation of the scene.

Now that I’m “into” photography for a few years, I’m ashamed to say that I didn’t know a damn thing about the zine scene in photography. It’s embarrassing. There’s a wealth of photography zines out there, and it’s a vein I’ve just tapped into. And the first one I’ve purchased is stellar.

I’m unsure of how I became aware of the zine Hamburger Eyes while scouring the web, but I’m thankful I did and I can guarantee the title lured me in. Hamburger Eyes is on its eighteenth issue, and it’s easy to see why it’s going strong. It packs strong photographic content in a small, but quality package. And at $19.99, it delivers 88 pages of various photographers’ works at a great value. No ads. No text, except for the title/credits page inside the front cover. As the saying goes, all killer and no filler. 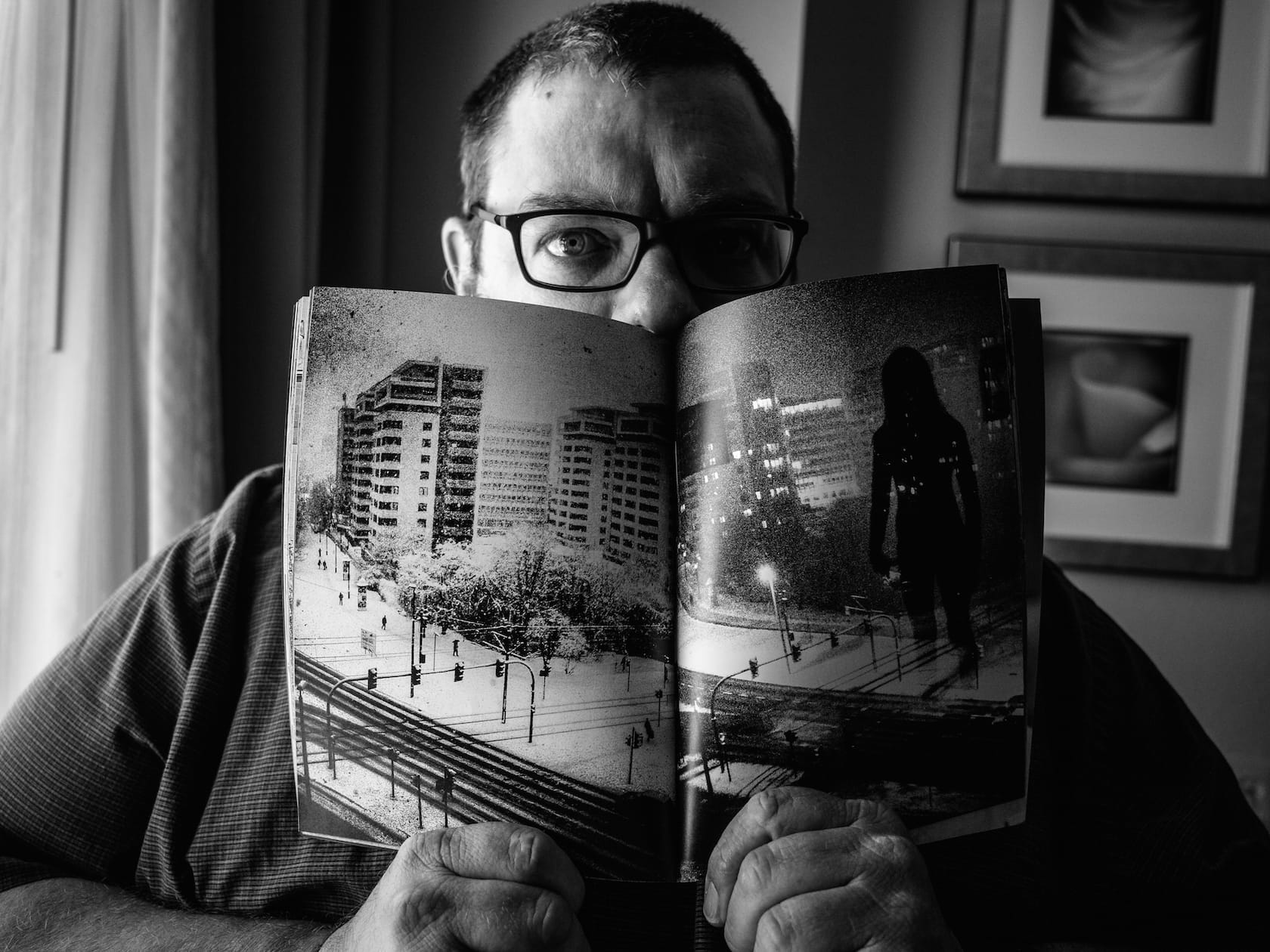 Hamburger Eyes 18, subtitled ‘The Continuing Story Of Life On Earth’, is the brainchild of Ray Potes. With the help and contribution of his friends, they birthed the zine on Xerox machines back in 2001. Today, the zine is a slick, quality product, but it still has a DIY feel and approach. And that’s because it is DIY. Hamburger Eyes is its own publishing machine. Printing, binding and distributing its namesake zine along with others in small batches. Like the punk zines I cherished in younger days, Hamburger Eyes is a labor of love. All monochrome, full-bleed images on quality stock. Just under the size of sheet of paper, it’s portable and a pleasure to hold. But it’s not the quality of the product so much as it is the content. It’s the content that will keep me, as it has so many others, coming back.

Inside issue #18, there’s work from twenty different photographers, including Potes himself. The only other two photographers I was familiar with were Brandon Getty and Sean Maung, both shooters who put out work I really admire. That leaves eighteen photographers I hadn’t explored before. And after I’ve been through this issue a few times, they’ll be photographers I shouldn’t forget. 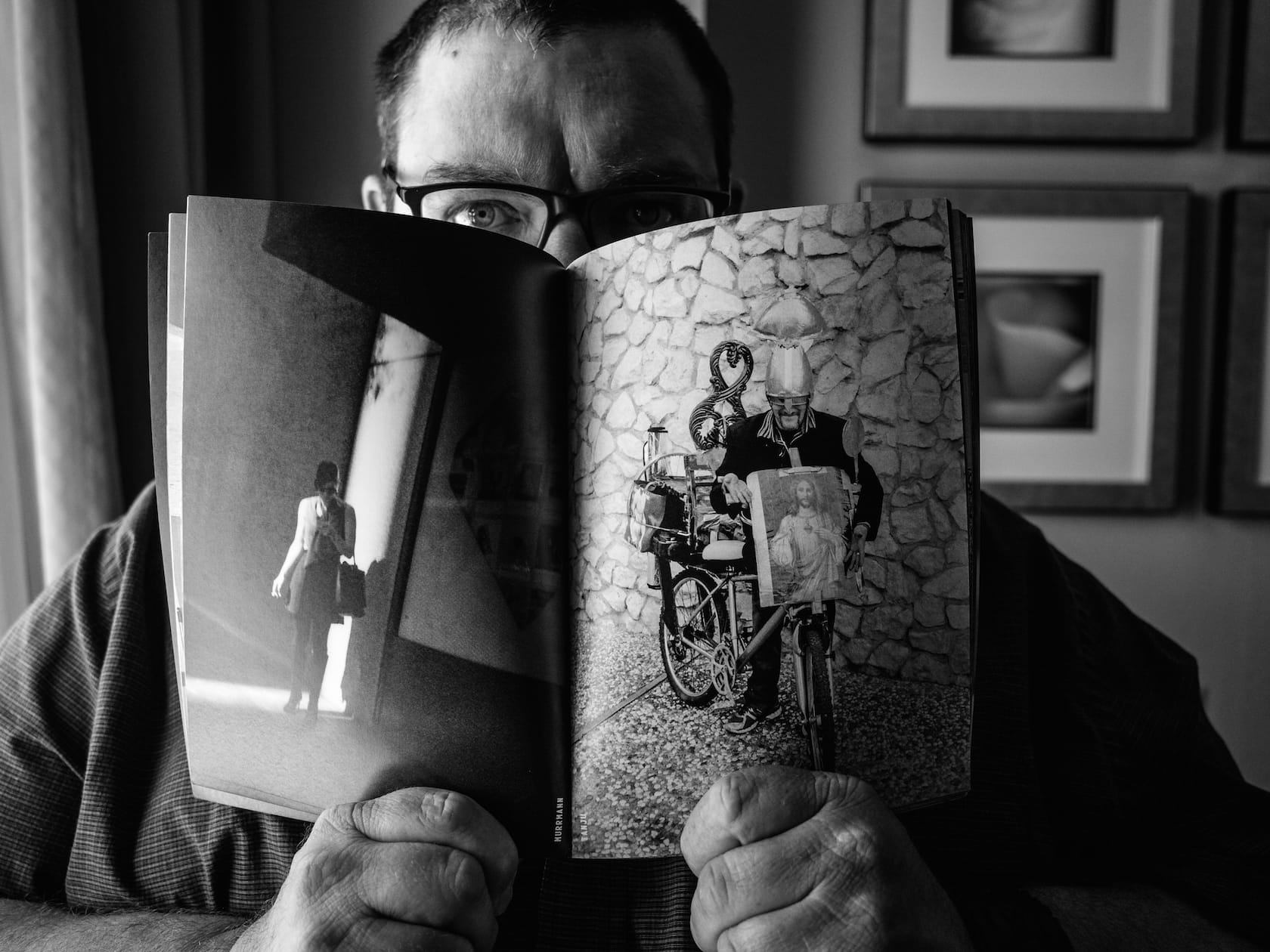 Between the mysterious and powerful front and back cover images, courtesy of Polish photographer Magdalena Switek (who also has a larger feature inside) lies a mix of street, documentary and what I would consider fine art. Fine art in that it is work that has a more artistic bent and lies outside street and documentary, some being more abstract. Like Switek‘s feature, ‘Borderlines’, which is outstanding. As is Maung’s feature, ‘Skid Row’, a gritty, and somewhat unsettling street/social documentary piece that closes out the zine.

There’s an abundance of highlights from the photographers that don’t have multi-page features. Work from Brian David Stevens, Ryan Florig and Chris Beale particularly stick out. But part of Hamburger Eyes‘ power is its layout. It flows. Like a good record album that, as a whole, just works. The single and double image pages from different photographers are tasty appetizers leading up to the multi-page features. There are some interesting pairings of images that share a single page, but on the whole… it works. 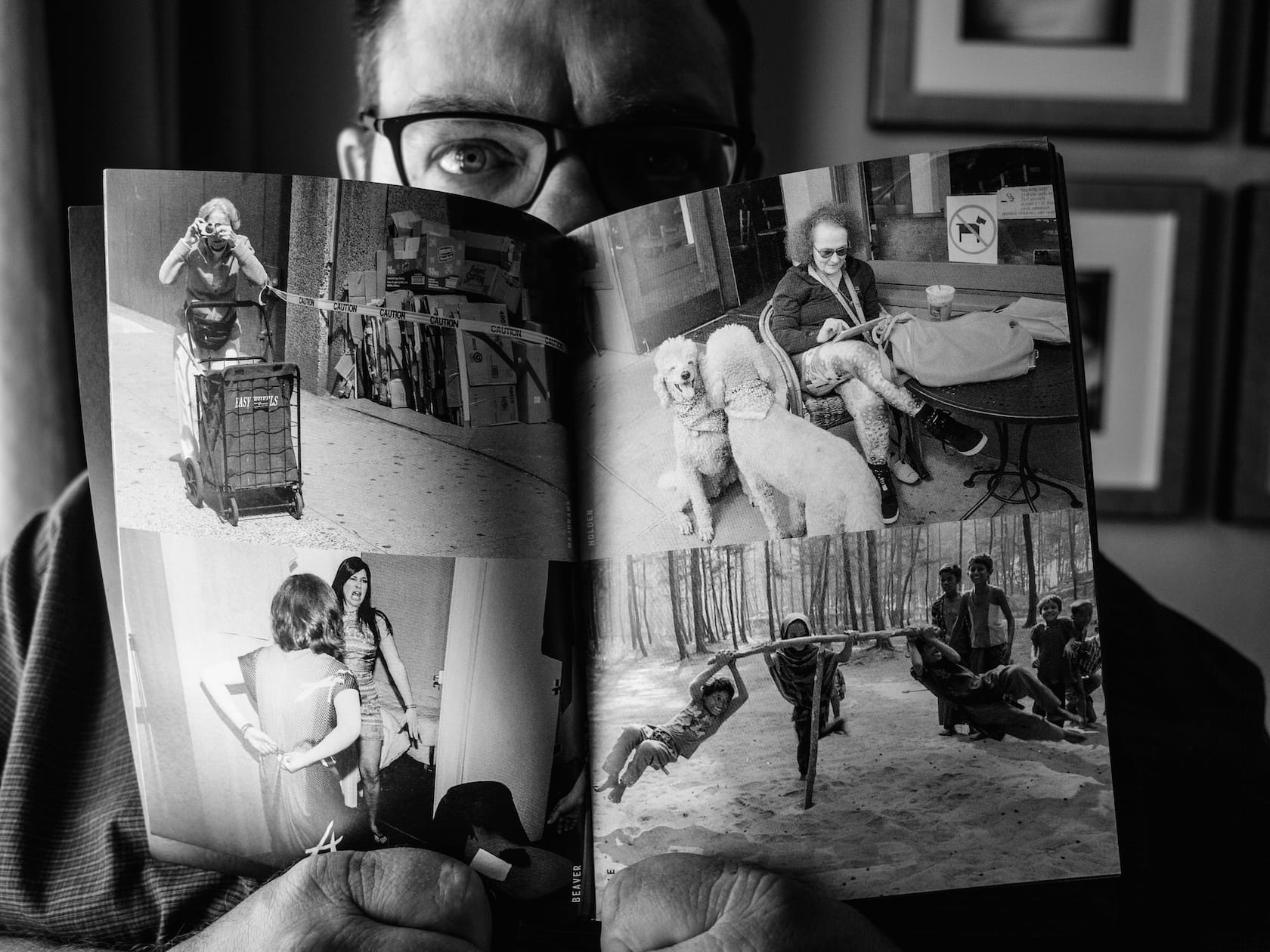 In all, Hamburger Eyes made discovering photographers more fun. Sure, websites, online magazines and groups are a quick, plentiful and free resources. Great tools, indeed. But Hamburger Eyes makes it physical because you can hold it in your hands. Like a photobook, it begs to be revisited. And as I further investigated, I’ve found that there’s a huge zine community and it is strong and wide-reaching. The quality of Hamburger Eyes, in the product and in how it’s curated, makes me want to support the community and keep discovering great photographers in print, not just online.

Check out the Hamburger Eyes zine website and why not grab an issue: