I’ve had Josef Koudelka’s Exiles in my possession for almost a month. And even after that time, after dozens of viewings, I’m struggling to find what would be the adequate words, much less the organization of them, to “review” it. In my short time collecting photobooks, I found this to be, simply put, perfection. Exiles commands respect.

As much as I dislike putting the cart before the horse, so to speak, I’m well aware I just did with that introduction. But I did it with good reason. Exiles (Aperture, 2014), now in its third and final edition, is one of the most highly praised photo books that I’ve shopped for. Previous editions, with the first being published in 1988, fetch hundreds of dollars for decent copies. This edition, with ten more images than previous ones goes for close to $50 USD on Amazon, and that is my budget ceiling for books. So I bought Exiles with confidence. I had seen just a small sample of images and I brutishly expected to be impressed, considering the book’s pedigree and price. I didn’t expect to be absolutely awed. Needless to say, I was. And still am.

Exiles, at 180 pages, contains 75 images of Josef Koudelka’s travels while in exile from Czechoslovakia. Koudelka, born in 1938 in Moravia, was in Prague when the armies of the Warsaw pact invaded in 1968. He photographed the invasion and the negatives were smuggled out of Prague and delivered to the Magnum agency. The Sunday Times published his photos anonymously and in 1969 his images from the invasion won the Overseas Press Club’s Robert Capa Gold Medal. He received the award anonymously, as well. In 1970, he received political asylum in England and in 1971, he joined Magnum Photos. However, Koudelka roamed Europe over the next twenty plus years. A man essentially without a country. Exiles documents Koudelka’s travels over a period of twenty-plus years. 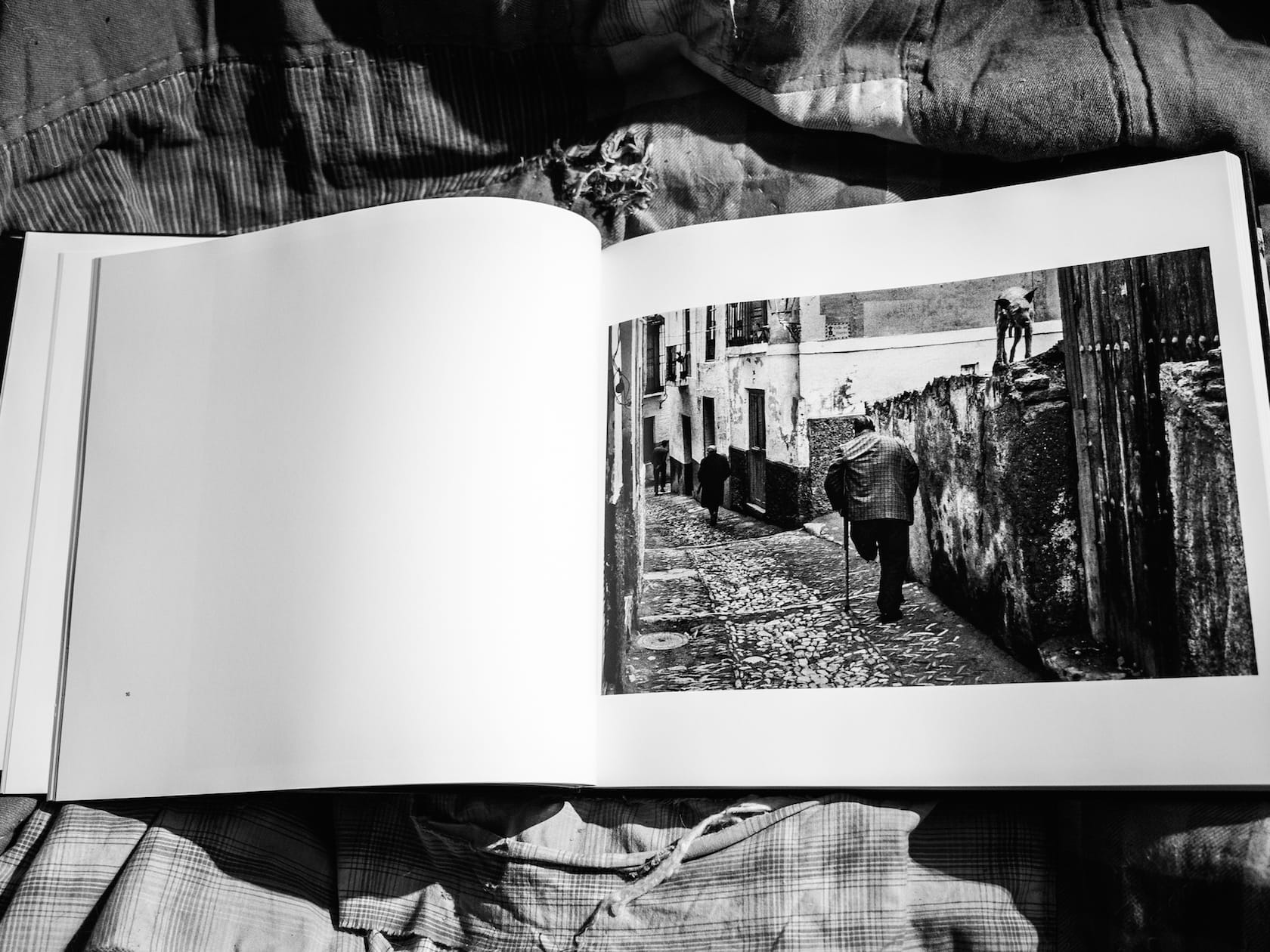 But what makes Exiles such an awe-inspiring book?

The title, Exiles, sets the tone. The images within reflect a feeling that comes from the word. All black and white, and all with mostly a dark feel, the pictures between the black cloth covers made me feel like an exile myself, wandering through Europe with Koudelka. There’s no captions or descriptions accompanying the images. Only the corresponding locations and dates are printed at the beginning of the book. But there’s no description necessary for the images. They’re powerful enough to speak for themselves.

Josef Koudelka’s biggest strength is his mastery of composition. It is truly something to behold. When Koudelka incorporates humans into his shots, that’s when the images ascend to another level. His framing, makes the connection to the human element within even stronger. The people often evoke sadness and melancholy. The work is sympathetic, to a degree. Koudelka sometimes uses geography, angles and vanishing points to make the human element even more powerful. And often, Koudelka uses his mastery of composition to move the viewer to ask questions. 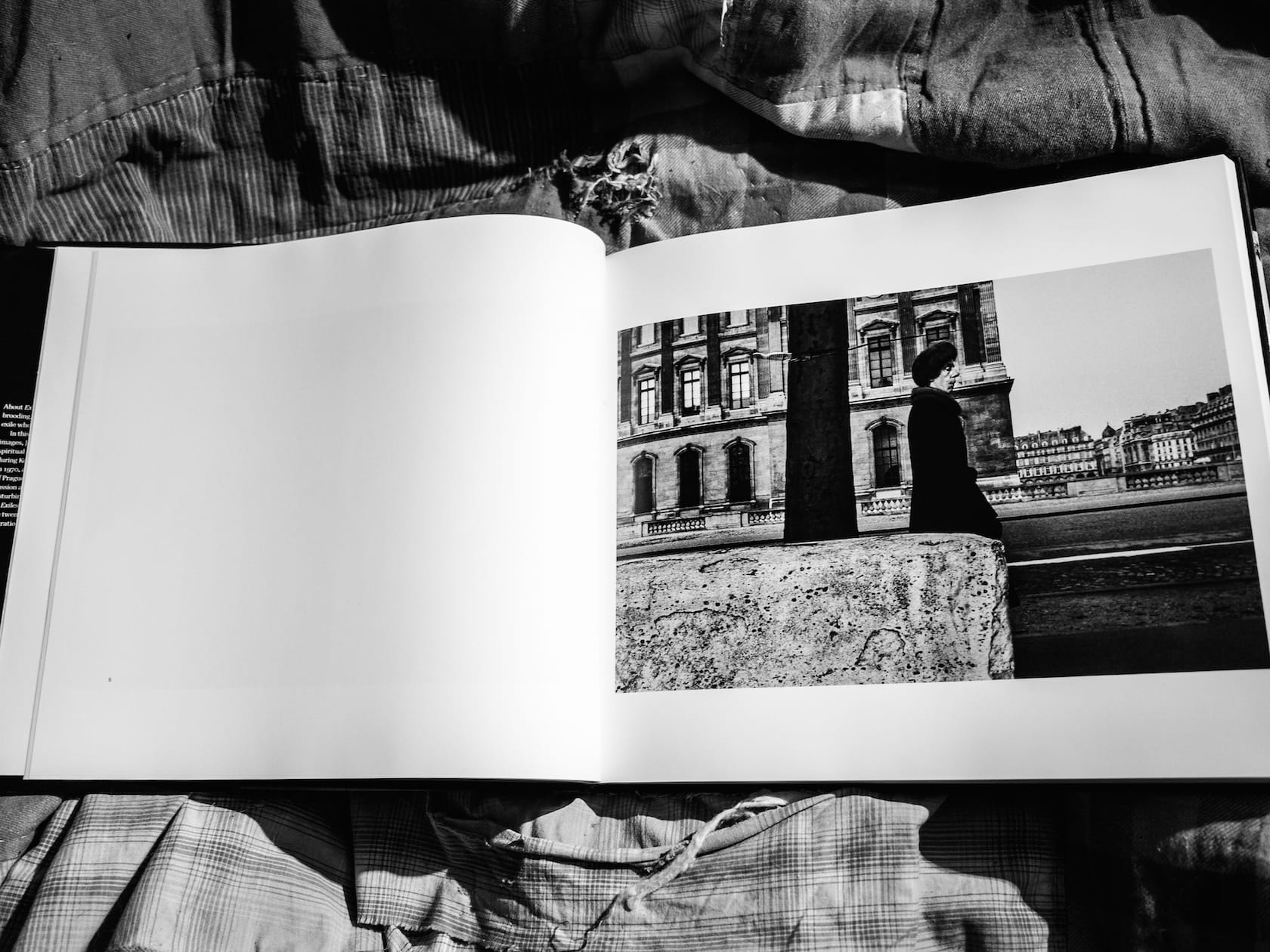 Some of my favourite street photography, and photojournalism/documentary work, leaves me with questions. It goes beyond the image itself. This is one of the main reasons why I find Koudelka’s work so compelling and worth revisiting often. I’m left asking why. Why the person is where they are. Where are they going? How did they get there? What are they thinking?

Even though Exiles contains photographs without people in them, featuring animals and more abstract-looking architectural elements, the characters provide the strongest subject matter. There’s few instances of happiness and joy in the people Koudelka chose to capture. There’s a prevailing feeling of loneliness in many images. Sometimes, isolation. Subjects look worn. Some sad, but mostly just worn down by the world. 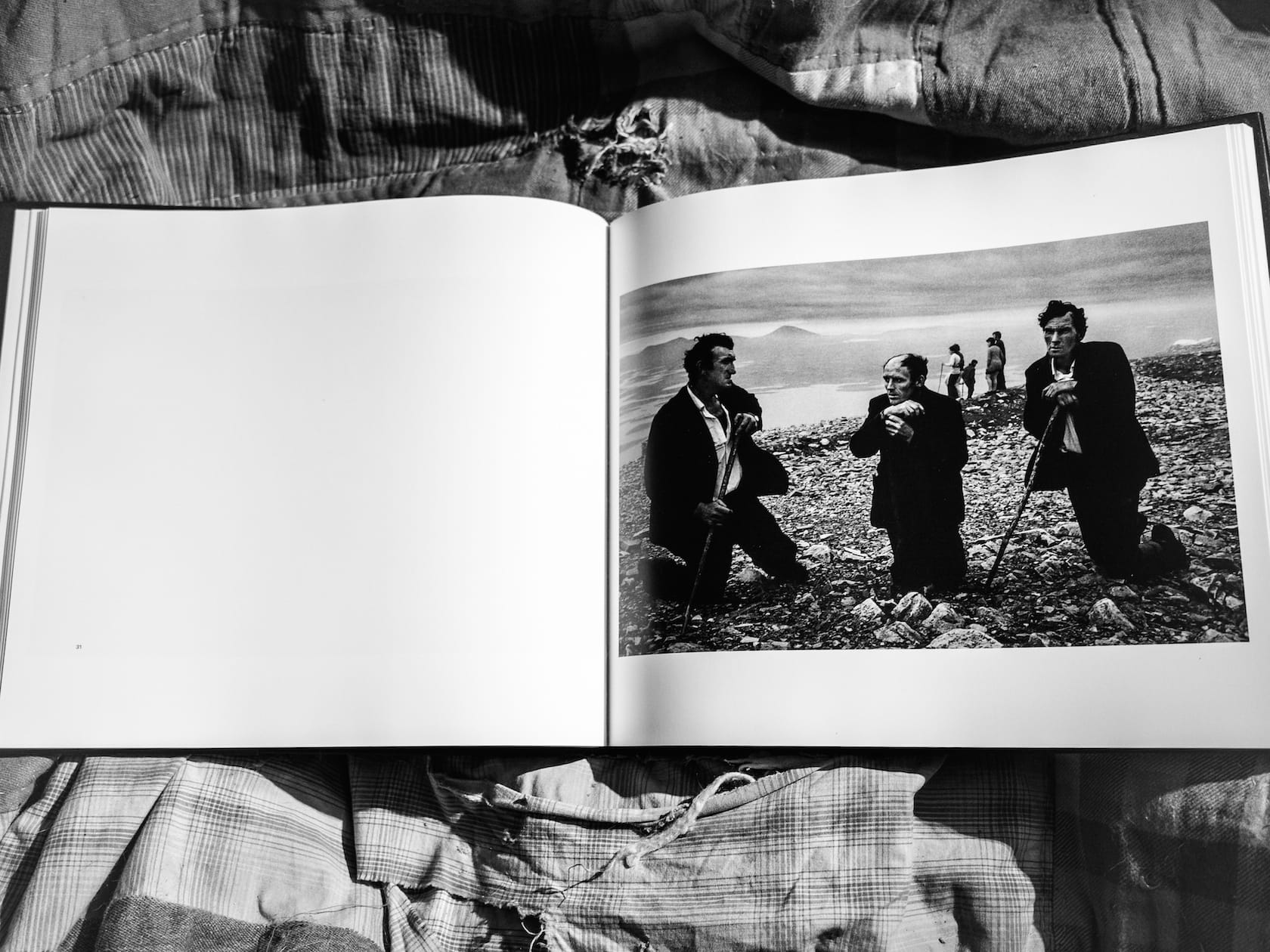 And the Europe that Koudelka had captured isn’t postcard-pretty, but it is very real. It feels real. It’s gritty, like the photographs. There’s no famous landmarks. These images give us a smaller sample of the countries he traveled through. The streets, buildings and rooms give us little clue as to where the photograph was taken. And to me, as an American who’s never been to Europe, nor do the people. This makes for the strongest connection, between myself and Exiles. To the concept of Exiles. I’m put into Koudelka’s shoes as an Exile. A stranger in a strange land. It makes Exiles an immersive experience. 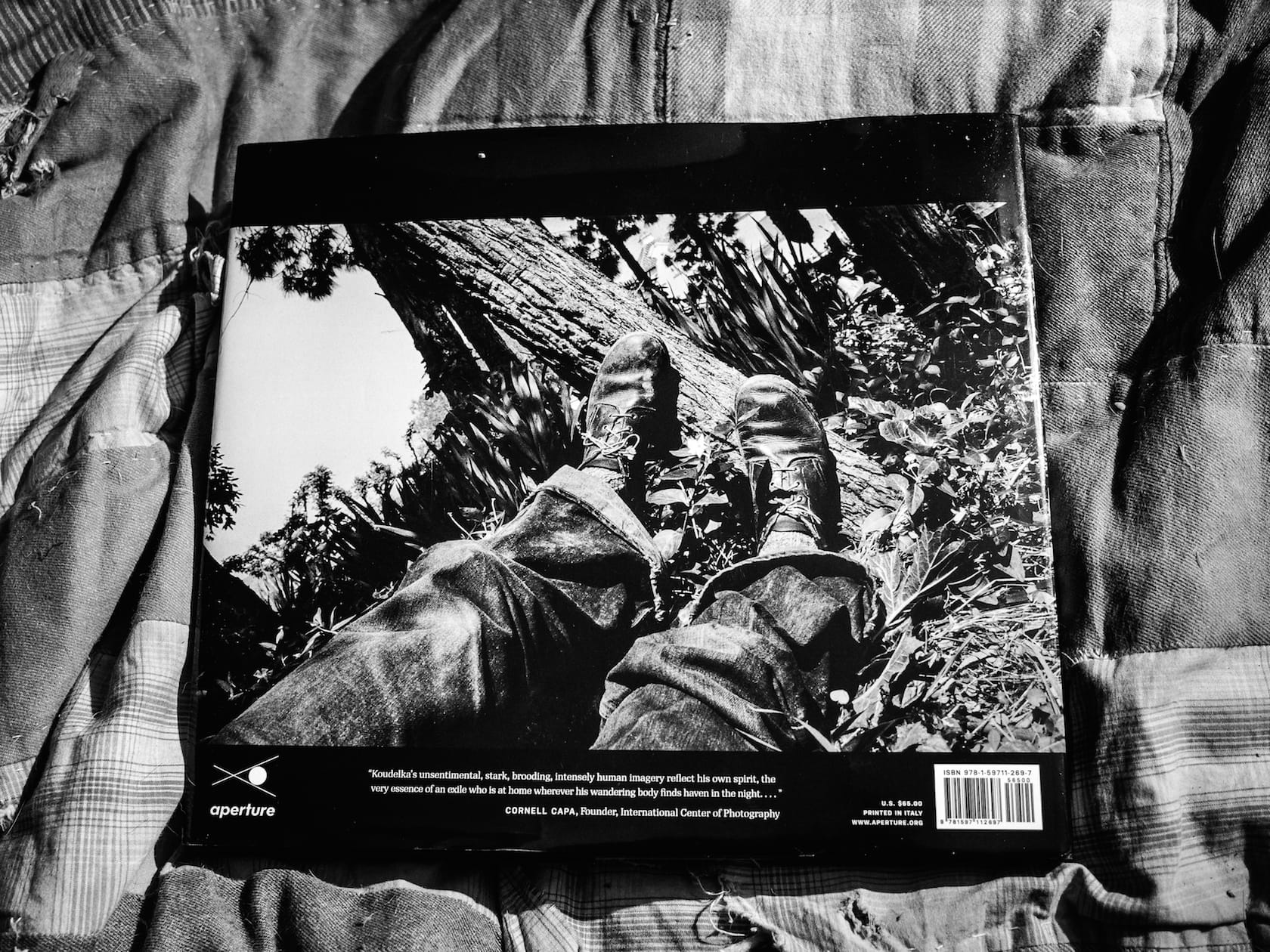 The quality of the images themselves is the bait that lures the eyes into the trap again and again. Josef Koudelka is a master of tone as he is with composition. He uses shadow and darkness as well as he does the light. The images are rich and are done great justice on the book’s heavy, glassy pages. At 12″ x 11″ and 4 pounds, Exiles is a heavy treasure in the hands and begs to be spread out on a table to be devoured like the feast for the eyes that it is.