I’m bombarded with photographs every day. Images come at me, relentlessly, in just a few social media streams. There’s some classic images and shots from the masters, but mostly the images are from contemporary photographers posting their work in various groups. And there’s a lot of quality images out there. However, when looking at street photographs after a while, my eyes glaze over and a lot of images start to have a “sameness” about them. At this point, it takes a pretty remarkable image to snap me out of the funk. Recently, Giacomo Brunelli’s work did just that.

I don’t know where or how I came across Brunelli’s work. The image I saw… a dog, appearing almost possessed in an incredibly dark-feeling, black and white image, immediately had me under its spell. The dog’s eyes, bright against the dark background. Baring its teeth, it evokes a feeling of menace. But it also evoked a sense of nostalgia. A noir feel, but noir on steroids. A powerful darkness that demanded further investigation.

Who is Giacomo Brunelli

Giacomo Brunelli, born in Italy in 1977, had his first book, “The Animals”, published in 2008. It is a film-noir tour de force. The dog image I mentioned is to him what the “stray dog” is to Daido Moriyama. It is iconic and a true reflection of the photographer’s style. With the animals, Brunelli knowingly produced what he called “animal-focused street photography”. Dogs, cats, horses, various fowl… all captured close with razor sharp focus and in the early light of day. Mostly living subjects, and some dead, they give the viewer just as much character as a human. But Brunelli’s style is what drags the eyes deep into the photograph. It’s film-noir, and it’s been done before, but Brunelli manages to put his own stamp on it. His dark and somber style feeling both classic and modern at the same time.

After The Animals, Brunelli was commissioned by The Photographers Gallery in London to produce a body of work about the city. The result was a book and exhibition, “Eternal London”. Again, Brunelli produced a noir triumph. Landmarks like Big Ben, St. Paul’s Cathedral and Battersea Power Station provide almost dream-like backgrounds for human and animals both. Identities are not revealed of the humans, there are shots from the back or unusual angles. Silhouettes. And there are animals again. Deep, dark and dreamy, the photographs are captivating. Even to this not so well-traveled Yankee, the famous sites are recognizable. They are London. Eternal London.

Giacomo Brunelli’s work has been exhibited all over the world and he has won the Sony World Photography Award. His photographs have been featured in numerous magazines and are included in the collections of the Museum of Fine Arts Houston and The Portland Art Museum. I urge you to spend some time on his website, www.giacomobrunelli.com . 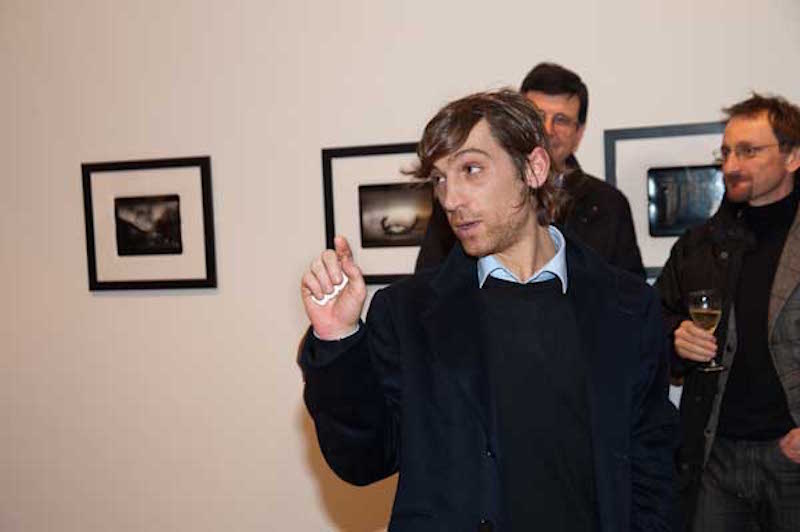 Brunelli’s style, his aesthetic, is attention-grabbing and inspirational. The noir feel. A dark richness that is borderline decadent. It is nostalgic, but Brunelli’s style doesn’t come off as copycat. It is it’s own animal. But his aesthetic animal isn’t the only inspiration. It’s his inclusion of animals themselves as the primary subjects.

I have mostly excluded animals, on their own, in my street photography. I have taken many a picture that includes them with their owner. Mostly dogs. Even one lizard. But it was always with the purpose of showing the relationship between pet and owner.

What Brunelli does is make the animal more than an accessory. More than a novelty. The animals, magnificently captured, are the stars. And deservedly so.

I’ve never considered pictures of animals that I’ve taken on the street to be classified as “street photography”. That’s absurd. I constantly see animals on the street. Often accompanied by a human, but sometimes not. Of course there’s the dog walking the human, but there’s also stray animals. The stray dog or cat. How about that cat in the window? And birds. Think of all the great street photographs that have included pigeons.

The animals we encounter can have as much, if not more character than the humans we see. I find myself now wanting to actively look for animals when shooting street. Simply put, Giacomo Brunelli had reminded me that not all of the subjects in a street photograph walk on two legs.