Invisible City has popped up on my radar quite a few times. When purchasing books on Amazon, it always seemed to be in the “customers who viewed this also viewed” section. I saw it again on Time’s list of top photo books for 2014. I saw a few sample images and added the title to my ever-growing wish list. The photographer’s name, Ken Schles, appeared yet again when I was researching Lisette Model’s work as a photographer and a teacher just a short time ago.. I took it as a sign, and made the purchase.

Invisible City seemed like a low-risk investment. Despite knowing little about Schles, the book had received heaps of praise. Along with making Time’s list, a quick search revealed much press and platitudes from sources like The New York Times, The New Yorker, Slate, The Wall Street Journal and many others. Also, Invisible City had a track record. It was originally published in 1988 by Twelvetrees Press and sold out quickly. To be resurrected in late 2014 by master printer and publisher Steidl… well, that meant it stood the test of time.

So was it a smart investment? Without a doubt, yes. Although it may seem lean at 80 pages and 62 photographs, Invisible City is a movie. Maybe not an epic motion picture, but more like one of the coolest, darkest art-house films you’ve seen.

Ken Schles, who was a student of Lisette Model’s in the late seventies, lived in New York City’s Lower East Side during the 1980’s and that is the setting for the black and white photographs of Invisible City. Rough neighborhood. Rough times. Poverty. Drugs. AIDS. Crime. But it was also a hotbed of creativity with punk rock and hip hop. The monochrome images Schles captured and sequenced take the reader into the roughness, into the dilapidated apartments. Into the alleys and the streets. The grit and grain making me feel it. 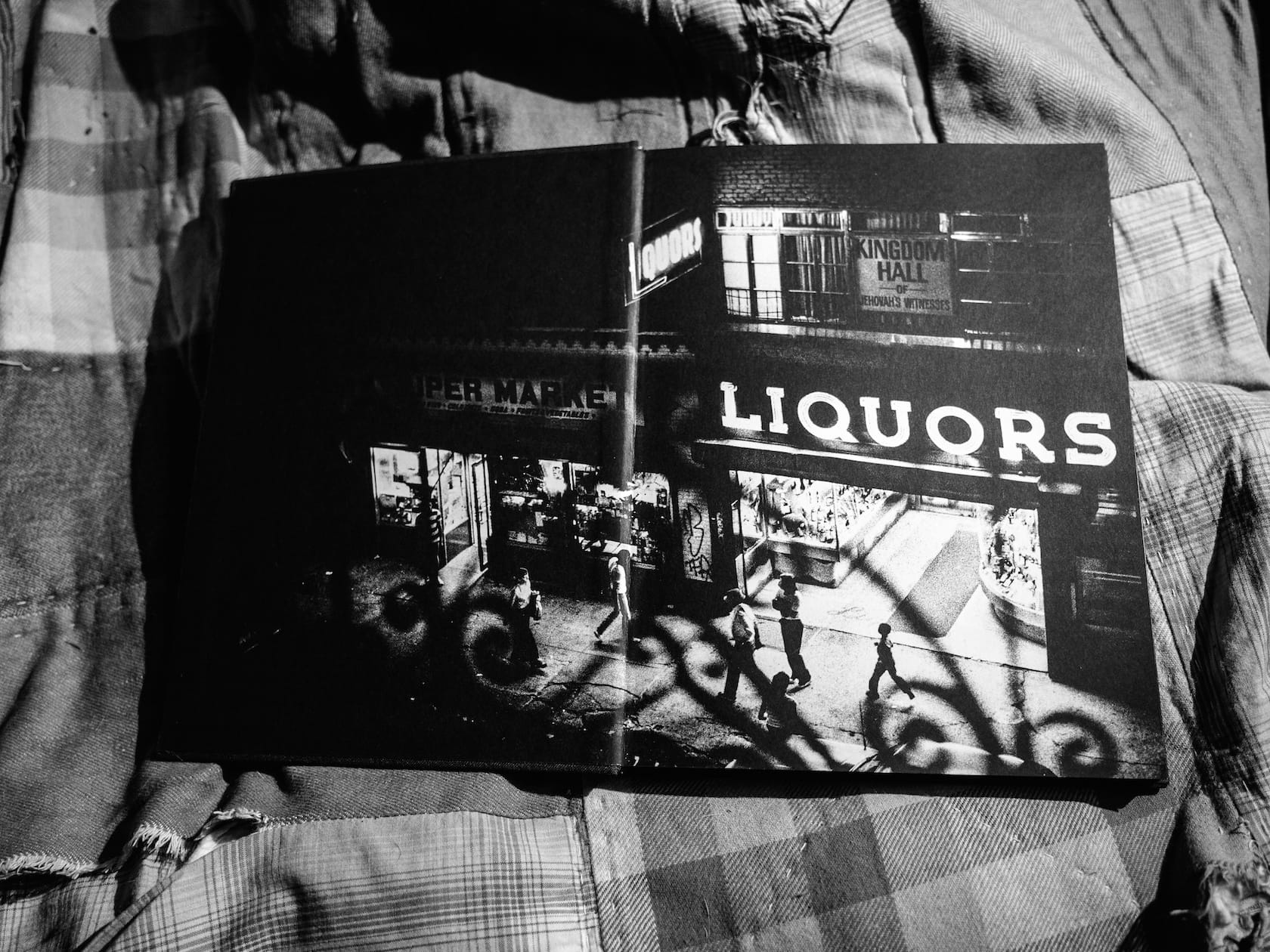 There’s no doubt that Invisible City is a dark book. It’s a look inside some of the innards of the city, that don’t make the postcards. The silhouette of a young child on a dark street while figures stand under street lamps down the block, maybe up to something shady.. A woman, appearing to be passed out on a toilet in a dingy bathroom.

I also felt a tip of the hat to a few masters. Images of buildings ablaze brought Weegee to mind. A young child pointing a gun at the camera is reminiscent of William Klein. The abundance of blur makes me think of Moriyama.

But Schles is his own animal. Though the nods, intentional or not, to other photographers are present, it’s obvious that Invisible City is one man’s time in this place. This is because Schles does more than just convey the dark feeling of the time and the neighborhood. He captures bits of tenderness. Embraces. Kisses. Party scenes. A club scene. Tulips growing in a window or on a fire escape while buildings basically crumble nearby. 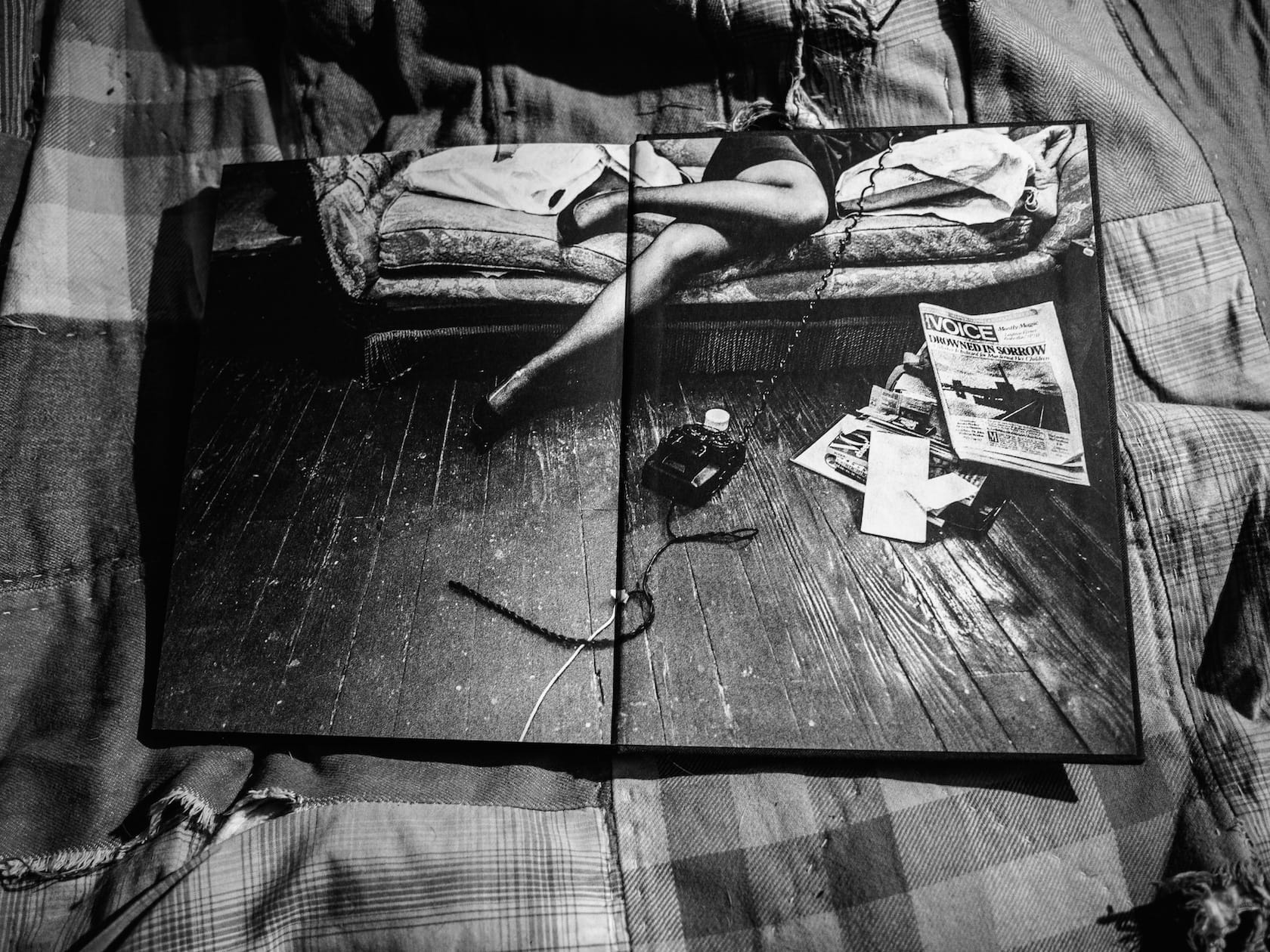 Invisible City is intimate. There’s a lonely feeling with some of the solitary characters in Schles’ shots. Lonely in a city so big. So alive, but desolate to some of the souls who live there. Schles establishes a connection. The intimacy established with him and these people. With him and this neighborhood. The happy moments being bits of sunshine in what comes across as an eternally nocturnal place. It’s noir. It reminds of the great underground music coming out of the city at the time. Noisy. Dark. Abrasive. But somehow possessing an old soul. Some of the images even appear to be captured prior to the 80’s because of the surroundings and the feel, seemingly from the 1950’s or 60’s.

Because of its diminutive size, Invisible City is like a dark and dirty little secret. At 9” x 7”, it’s not a bodacious and boastful beast of a book. The size just works. It could easily slip into a backpack or a messenger bag. Like it’s meant to be carried around the city in the pre-internet days. Shared with friends in smoky apartments while drinking cheap booze. The embossed clothbound cover is hidden under the slick jacket and Steidl Publishers filled it with thick stock paper. Simply, the small book feels like a classic that’s been sitting in stock, sealed and tucked away. Also, the small size makes the book easy to handle and flip through, without the need for a table to put it upon. 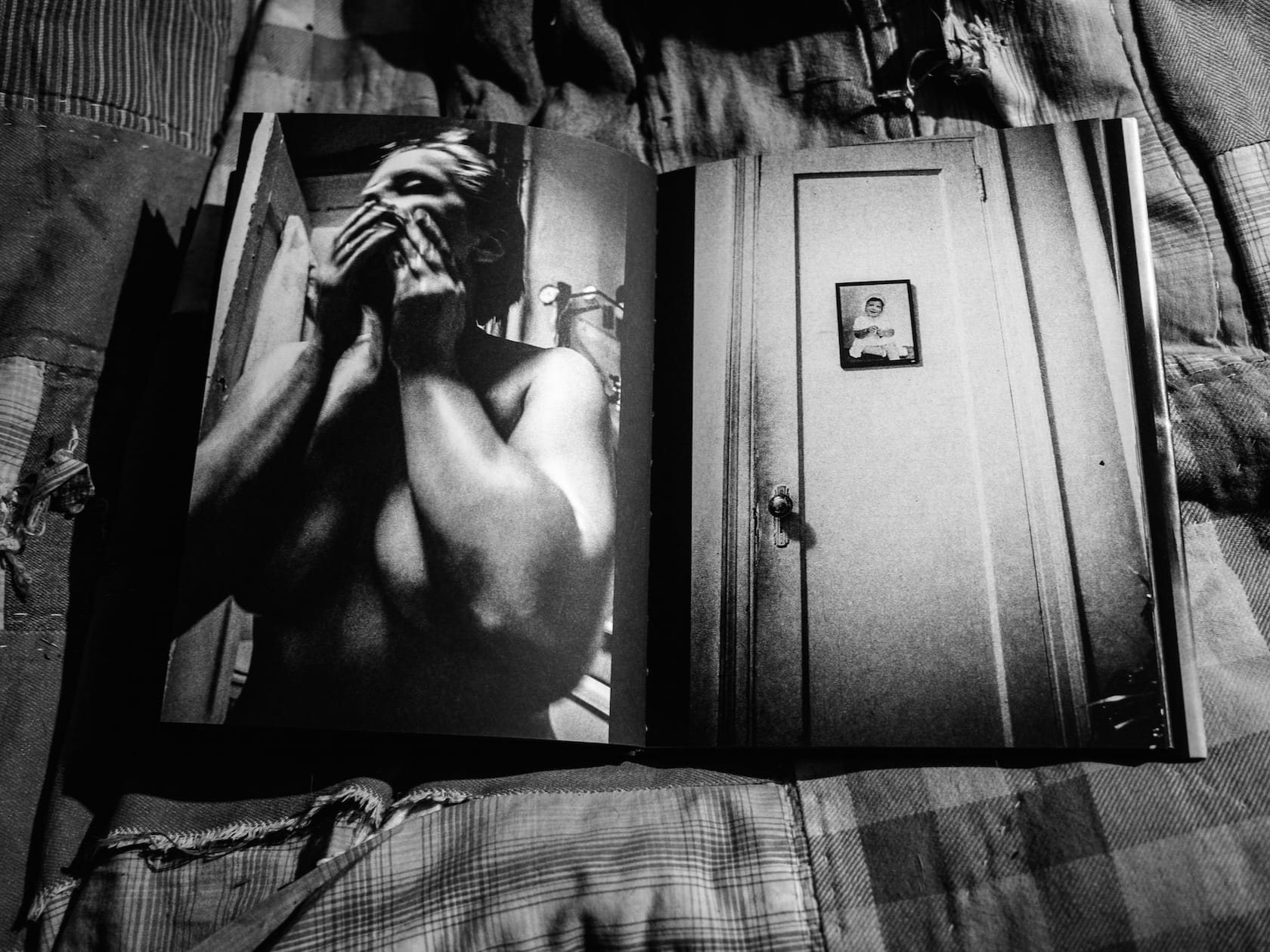 Despite its size and arguably small amount of photographs, Invisible City is as big as it is small. It’s big on feel. On atmosphere. A time capsule from a much-maligned decade and an equally maligned neighborhood. It is deservedly a cult classic and it is properly resurrected here. And maybe, just maybe it’s a clever marketing trick. Steidl also published a companion book from Schles, entitled Night Walk, at the same time. If it was trickery on Schles’ and Steidl’s part, well, it worked. Schles’ work deserves to be further investigated and Night Walk has been added to that ever-growing list.