I’m an advocate of letting pictures marinate. Letting them sit for a while before reviewing them and passing judgement on whether it’s a good shot or not. I wrote a blog post about it, as a matter of fact. Most of the times, I follow my own advice, but sometimes I don’t. With this shot, I did.

This particular shot stuck in my mind, though. It popped up in my mind’s eye from time to time. Why? Mermaids, that’s why! How often do you get to incorporate mermaids with Street Hunting?

Back in April, I was shooting in the neighborhood of Fells Point in Baltimore. I was shooting with the Sony NEX6 with the Zeiss 24mm attached. When I saw the mermaid stand, I had to stop. The mermaid, her arms propping her up on the edge of tank, was talking to a middle-aged gentleman. Her tip jar was looking to be fed. I lined up the shot, waiting for the gentleman to get out of the way, and for the mermaid to submerge into her tank.

The small crowd around the tank must have thought I knew the mermaid’s schedule as they closed ranks around me as I worked on composing the shot. The mermaid dipped down into her tank. As I focused on her through the glass of the tank, a young boy ran up to the one corner of the tank and waved at the mermaid. She “swam” towards him, flashing a big smile. Everything came together as I snapped. The reflection of the crowd on the tank’s glass and the almost apparition-like quality of the mermaid are better than how I remembered them. It was a no-brainer to process this as monochrome as that’s how I saw it. Like an old-time sideshow! 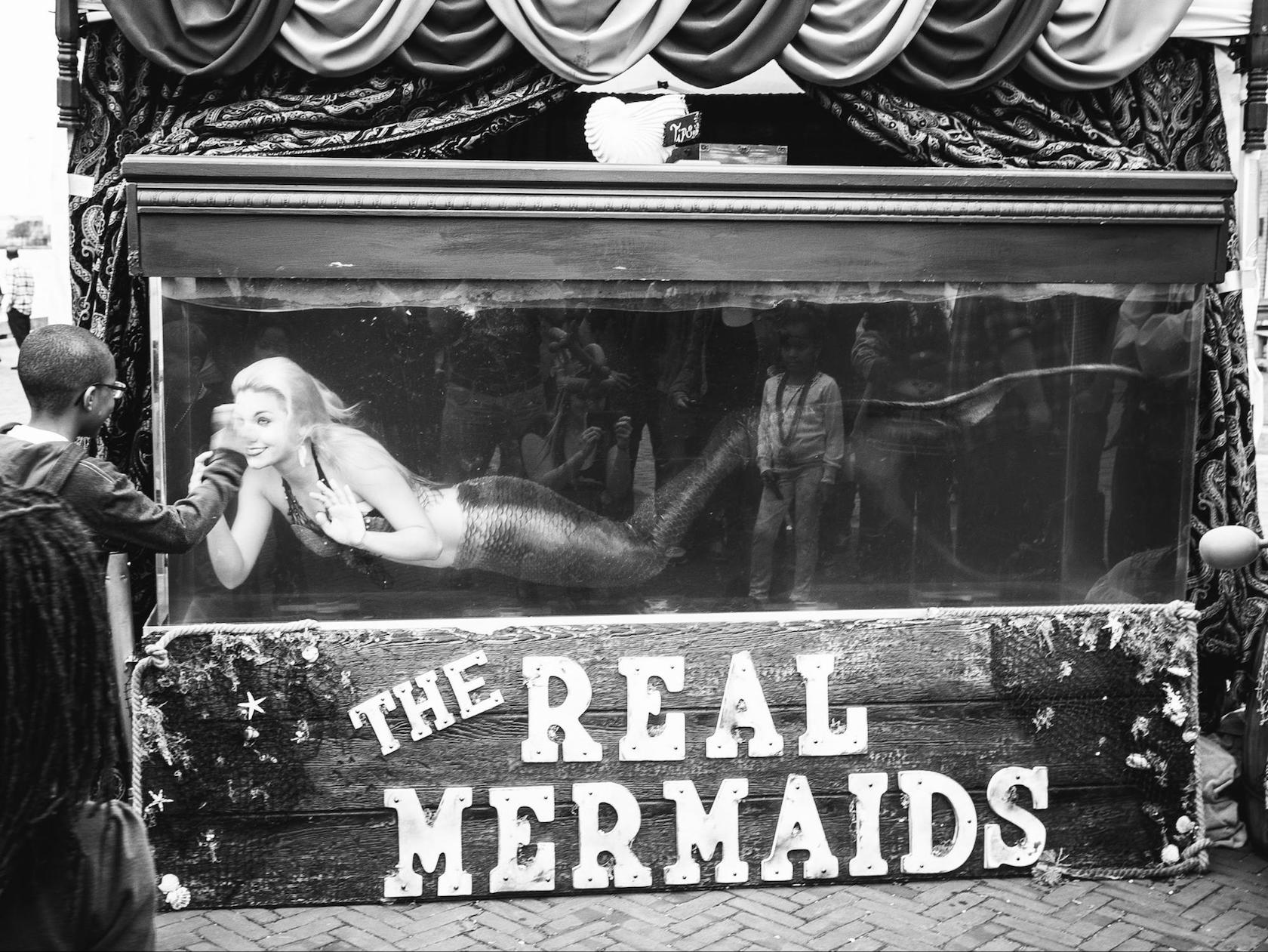