This is a photograph that has been shot with a Yashica Electro 35 CC with Fujifilm Superia X-Tra 400 film, in Rethymno, Crete, Greece.

Sometimes a Street Photograph doesn’t have to be of something fast moving, candid and unpredictable. Sometimes a Street Photograph can just be something that grabs the Street Hunter’s attention. Last summer I was all about shooting slow and shooting only what I really thought was interesting. Part of that shooting style came from the fact that I only shot film last summer and also because I felt I had gone clicking crazy for a long period of time, wasting valuable time that I could otherwise use to observe the environment around me better. I shot like this all the way up until the end of October 2014 when I started missing the digital experience. By December 2014 I had switched back to digital and my shooting style had changed once again, for better or for worse. As Street Photographers we go through these phases that come and go without warning. Sometimes when our styles are changing or have completely shifted to something new, we look back at our previous work and wonder how we made a particular photo back then. Anyway, one year and 15,000 digital snaps later I am finding myself missing that slow shooting style once again. I don’t know if I will be switching back to film, but I just might. I have a fridge full of colour film and plenty of film cameras to choose from.

So, last summer I was taking a walk in the streets of Rethymno with my Yashica Electro 35 CC hanging around my neck looking for interesting images to capture. I remember that back then I was in a transitional phase concerning colour and B&W photography. When using film you actually have to make that choice before you head out and there is no turning back after that. So, during the period I made this photo I was shifting a lot from B&W to colour and back again. For that day I had chosen Fujifilm Superia X-Tra 400 film. Since October 2014 I only shoot colour, but that is another story altogether! Anyway, I don’t remember much about my success rate that day or if I had any more keepers from that roll of film, but I do remember seeing this broken glass and thinking to myself what an interesting abstract thing I was looking at. As I approached the broken glass I saw my reflection inside and then the idea came to me. So I placed my head right at the centre of the crack and clicked the shutter. Of course using a rangefinder camera with no parallax correction messed up my aim a bit, but even so I felt okay with the result when I got the film back from the lab. 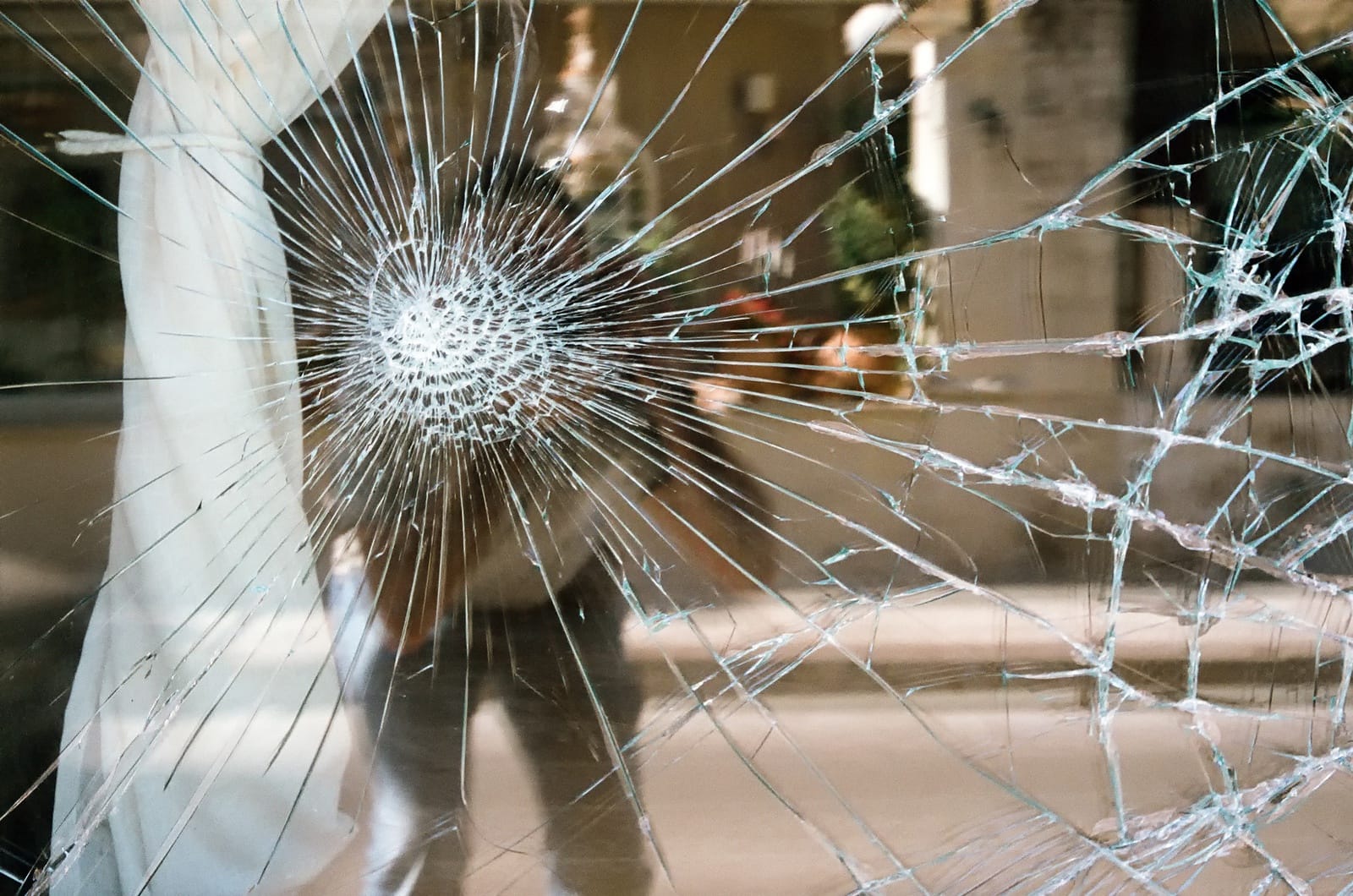