This was another shot from the Sowebo festival in Southwest Baltimore. That day I was looking for people that were distinctly “Bawlmer”. What is Bawlmer? Go ahead and sound it out once. Now say Baltimore. Repeat. Bawlmer is a softened pronunciation of Baltimore! It is an example of the Baltimore accent. Even though I live less than an hour away from Charm City, the accent you hear from the locals here isn’t anywhere close to the Baltimore accent. There even a Wikipedia entry about it.

So I was looking for locals that struck me as distinctly Bawlmer. As I walked about, scanning the scene, I was seeing some really good looking dogs, too. And I love shooting dogs on the street. I believe that dogs can be excellent subjects in a street photograph. They can have expressions that rival human ones. And of course, I love when I’m able to pair a dog with an interesting human counterpart.

I saw this very handsome pitbull with his rather stylish human and I knew I hit the jackpot. The dog was cool and the guy definitely seemed like a local. Besides his style, he had some serious local ink. If you look at his left arm there’s three tattoos that represent the region. A tattoo of a sign for Interstate 95, the main highway of the East Coast that runs through Baltimore. A Maryland flag. And the terrapin mascot for the University of Maryland.

So, I had to make a call. Go for the candid or ask for a portrait. I decided asking was the best bet. I wanted to get them both facing the same direction and I wanted to get his tattoos. As he was crouched beside the pitbull giving him some water, I approached. I told him how handsome the pup was and asked if I could take their picture. He thanked me and happily obliged, holding the dog’s head facing forward. Two cool dudes. 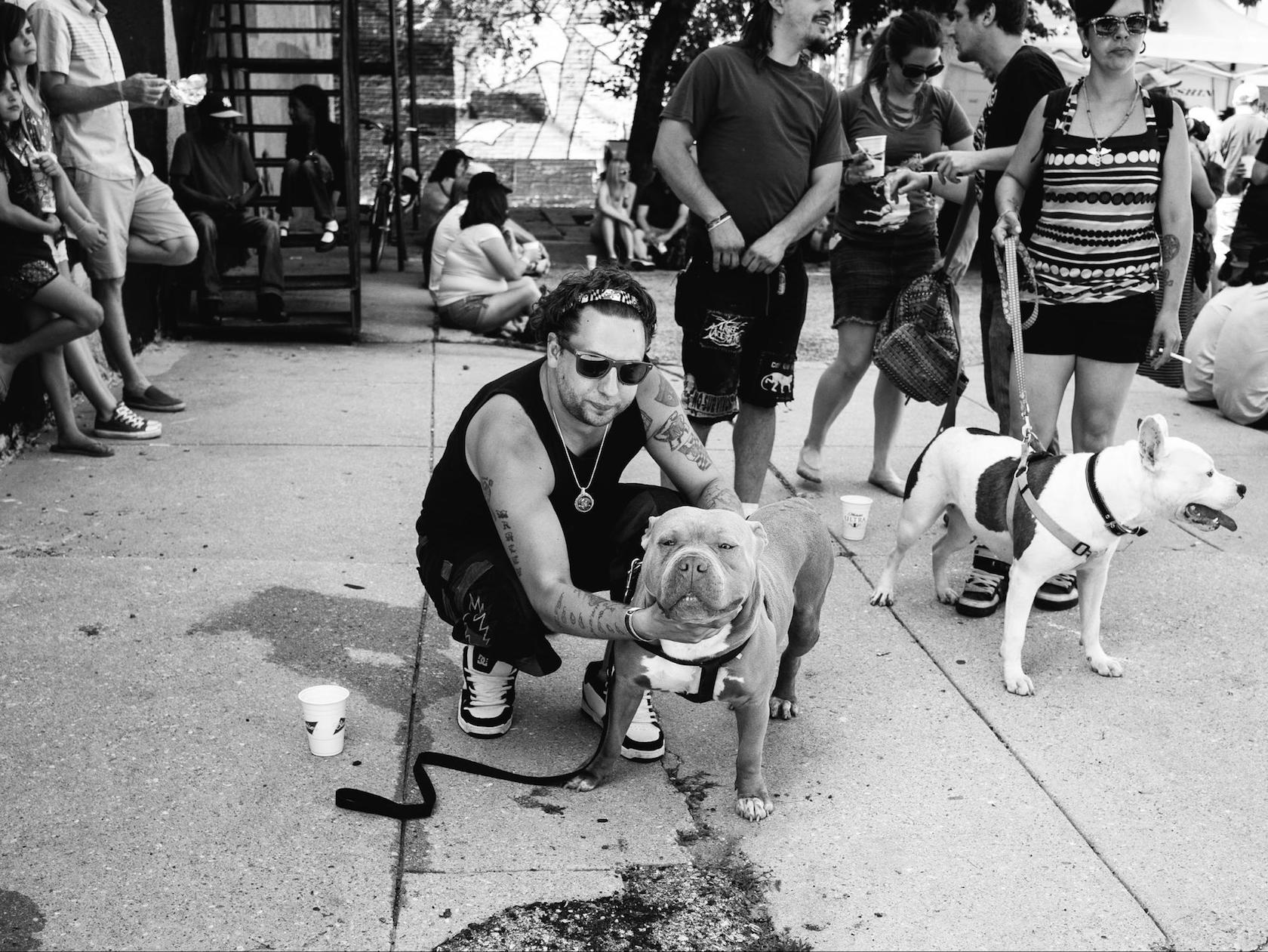