Street Photo of the week by Elizabeth Char

Elizabeth Char is a Street Photographer from Paris, France. She is a member of the Streethunters.net Flickr group. She gets inspiration from her travels and from watching many films. Elizabeth is influenced by the work  of photographers such as Marc Riboud, Sergio Larrain, Manuel Álvarez Bravo, HCB and the alternative Daido Moriyama. She is naturally curious about things and feels that she needs to document life around her. Elizabeth has been shooting in the streets since 2011 and hasn’t stopped since. She prefers to shoot in Black & White and focuses on light, expressions, contrast and shapes. Elizabeth is a photographer that doesn’t rely on her gear so much. She will shoot with almost anything and HAS shot with almost everything, including a Pentax Optio, a Leica D Lux 4, A Fujifilm X-Pro1 and a Ricoh GR. She is a wide angle shooter and loves to try out various POVs.

You can see more of Elizabeth Char’s photographic work on her Flickr page https://www.flickr.com/photos/elizabethchar/ and on her 500px page at https://500px.com/ElizabethChar. 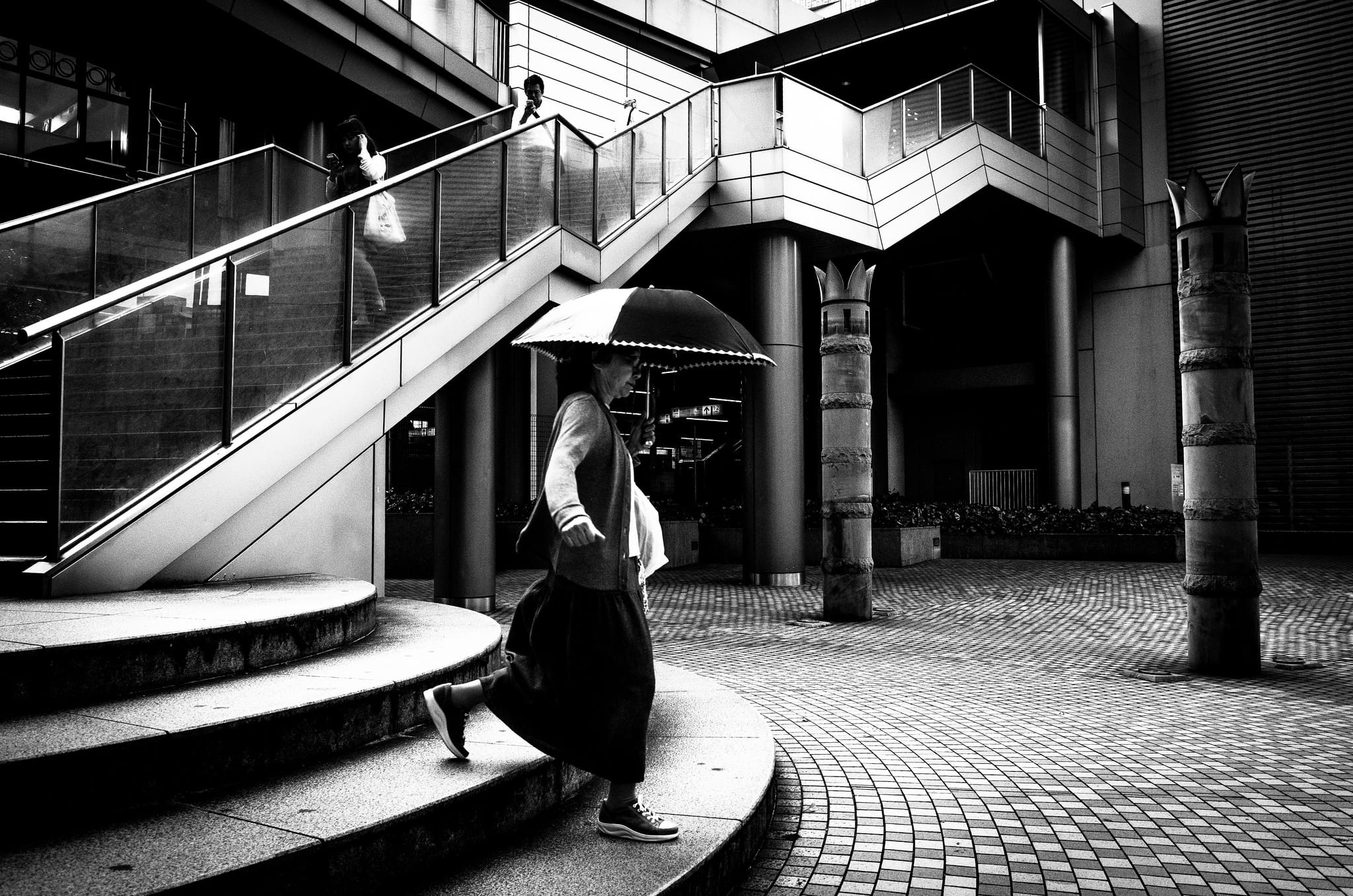 This is one of those photos that when you look at it you think “killer”! What I love about this image is the perfect composition of it. The way Elizabeth has structured it she has managed to guide her viewers eyes perfectly from the top left to the top right, all the way down to the bottom left, following the course of the people on the stairs and then finally all eyes land on the main character with the umbrella in the dead centre of the photograph. But I see more things. The way she has placed herself in the space she is photographing and the time she chose to make the photo makes it for me amazing. Why? Well if you look at the main character she is holding an umbrella. Even though it is not raining that is the first thing that comes to mind. Rain. You also think of water, wet. The circular steps on the floor and the circular mosaic pattern seem to ripple like a liquid under her foot as she steps down on to the concrete. Splash!