“This photographic thing has changed the entire vision of the world. It will go through every activity of humanity – science, medicine, space, … for peace, against peace, entertainment, television, movies, all of them – you will not find one without photography”

If she was still with us today, one can only wonder if Lisette Model would be thrilled or appalled with “this photographic thing” she spoke of. To be specific, what would she think of the street photography genre today? The genre in which she was a trailblazer. A genre which has become wildly popular and shows no sign of slowing down.

But who was Lisette Model(1901-1983), and why should we care what she thinks? The short answer is this: she was a photographer and teacher who impacted some of the great street photographers of our time. Diane Arbus, a student of Model’s, and Bruce Gilden are two names that immediately jump out.

Gilden said of Model, “Lisette Model was a major influence. Her work had very strong forms, was graphically very strong, but she also had strong emotional content in the pictures. She liked pictures, she liked people who had character. In my own work the further I go into photography, the closer I get and I think by getting closer I say more, so I have a smaller canvas to work with and it is difficult to get good pictures.”

Lisette Model, born in Vienna, began shooting street photography during 1934 in France. Those pictures, portraits that were candid and close-up, became some of her most recognized work. This it’s quite impressive, considering she stopped pursuing a musical career one year prior. Her early work was almost confrontational, picking at the vulgar nature of the rich, the privileged.

However those early images weren’t just about the shock value. They demonstrated courage and a keen photographer’s eye. And the courage extended beyond Model working close. She had the courage to  experiment with ground-level shots of passerby’s feet. And making shots using reflections of the street in the shop’s windows that lined the avenues. Her skill at composition was masterful, somehow pulling the viewer’s eyes in with irresistible force even when the subject was repulsive.

Model moved to New York in 1938 and worked in the photo lab of the newspaper/magazine, PM. Soon after her photos from France were published along with her reflection shots from Fifth Avenue shops in New York, and she became recognized. She worked for Harper’s Bazaar, and her images also appeared in Look, Vogue, Cosmopolitan The Saturday Evening Post and other magazines. Model even shot in New York’s jazz clubs with the great Weegee.

In the 1950’s, with her work becoming less in demand, Model began teaching photography at The New School. Perhaps her most famous student was Diane Arbus, who’s work has a noticeable Model influence. Model taught at The New School until her death in 1983. A book of her photographs, Lisette Model, was published in 1979. 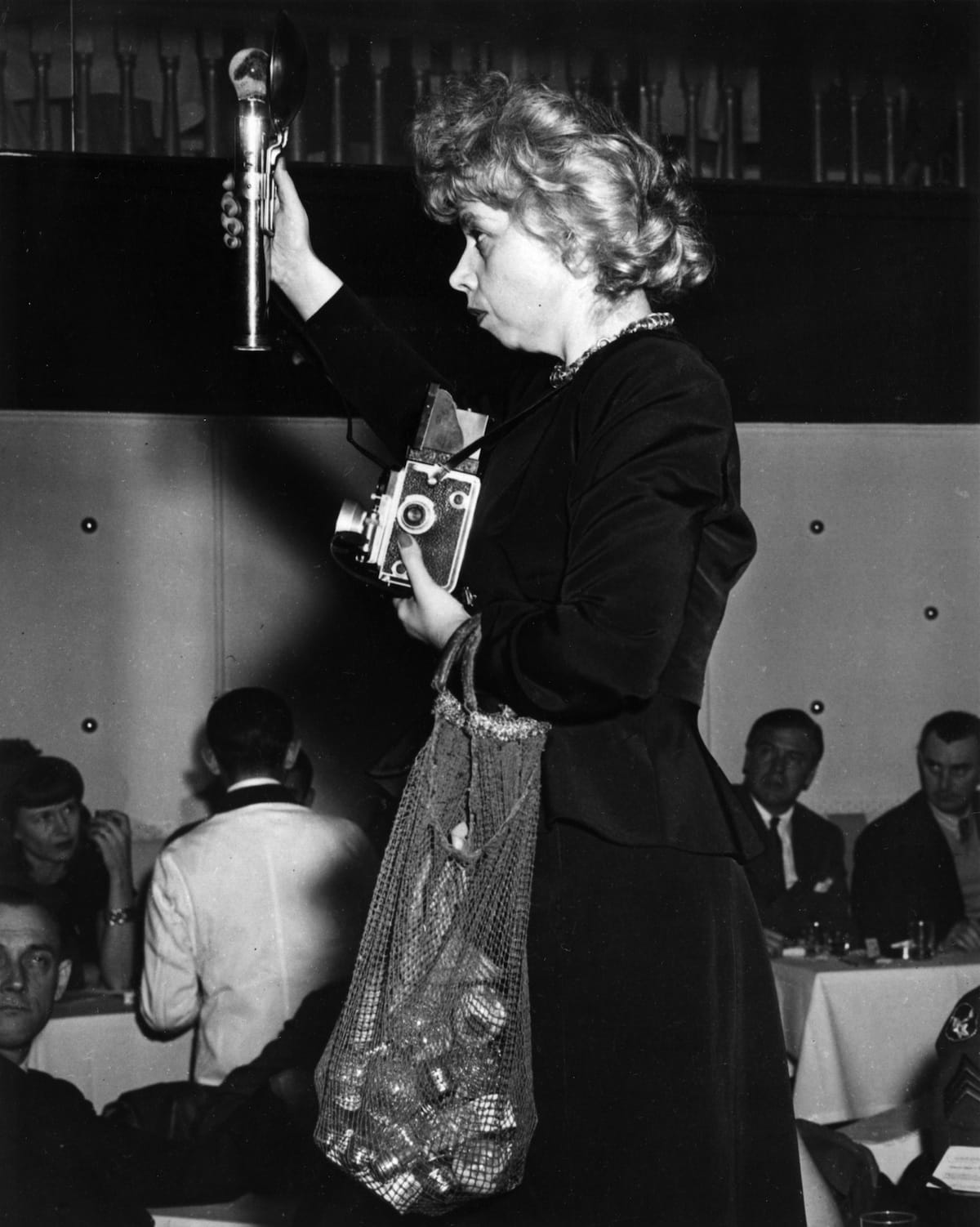 Lisette Model wasn’t defeated when her work became less in demand. Her passion was channeled into something even greater than taking photographs. Teaching.

One could argue that she taught because she had to. She had to make a living because shooting wasn’t paying the bills. But if you look at her students that went on to be great photographers, you know that teaching was more than a paycheck for Model. And as far as that line, “those who cannot do, teach.” Throw that out. Model could “do” photography and do it better than most.

I’m inspired by Model’s work, but her passion to educate is inspiring as well. It’s why I’m writing this very piece. It’s why Digby, Spyros and myself do what we do with Streethunters. It’s channeling our passion for street photography into this project and spreading the gospel in the best way we can. Providing a resource for the genre. Introducing you to great street photographers you maybe haven’t heard of before, our know little about. Sharing great photos from those shooters that you might not have seen before. Sharing our own knowledge, experiences and even growing pains.

And we’ll keep on doing what we do.