The Sowebohemian Arts and Music Festival is held every year on the Sunday of Memorial Day weekend. It gets its name from the Baltimore neighborhood in which it’s held, Sowebo… an abbreviation for Southwest Baltimore. Just a month prior, Baltimore was making headlines worldwide for the demonstrations and rioting following the death of Freddie Gray while in Baltimore police custody. Some of the rioting and looting took place only blocks from this neighborhood. Since then, the city has “calmed down”, to a degree. Six police officers have been indicted.

I was excited to go because I had never been to the neighborhood or the festival before, but I was even more anxious to get what the “feel” of the city was since the chaos settled. Needless to say, the media had done little to paint any flattering pictures.

What I found in Sowebo that lovely Sunday was a great feeling of community. There was no tension, racial or with the police presence. I found the scene encouraging. Hopeful. There was a vibe and it was undeniably positive. The music in the air, the smell of great food and the communal feel made it feel so warm. I wanted to capture the vibe, but i wasn’t sure of how best to do it.

As I was watching a band play I spotted these two pressing their hands together. I don’t know if they were a couple, friends or just two people occupying the same piece of real estate. However, the moment was irresistible. She spotted me and smiled as I snapped. Though it technically could have been better, I could have lined up and framed the shot better, I knew the moment could have been lost, and with it, the bigger message I took from it. 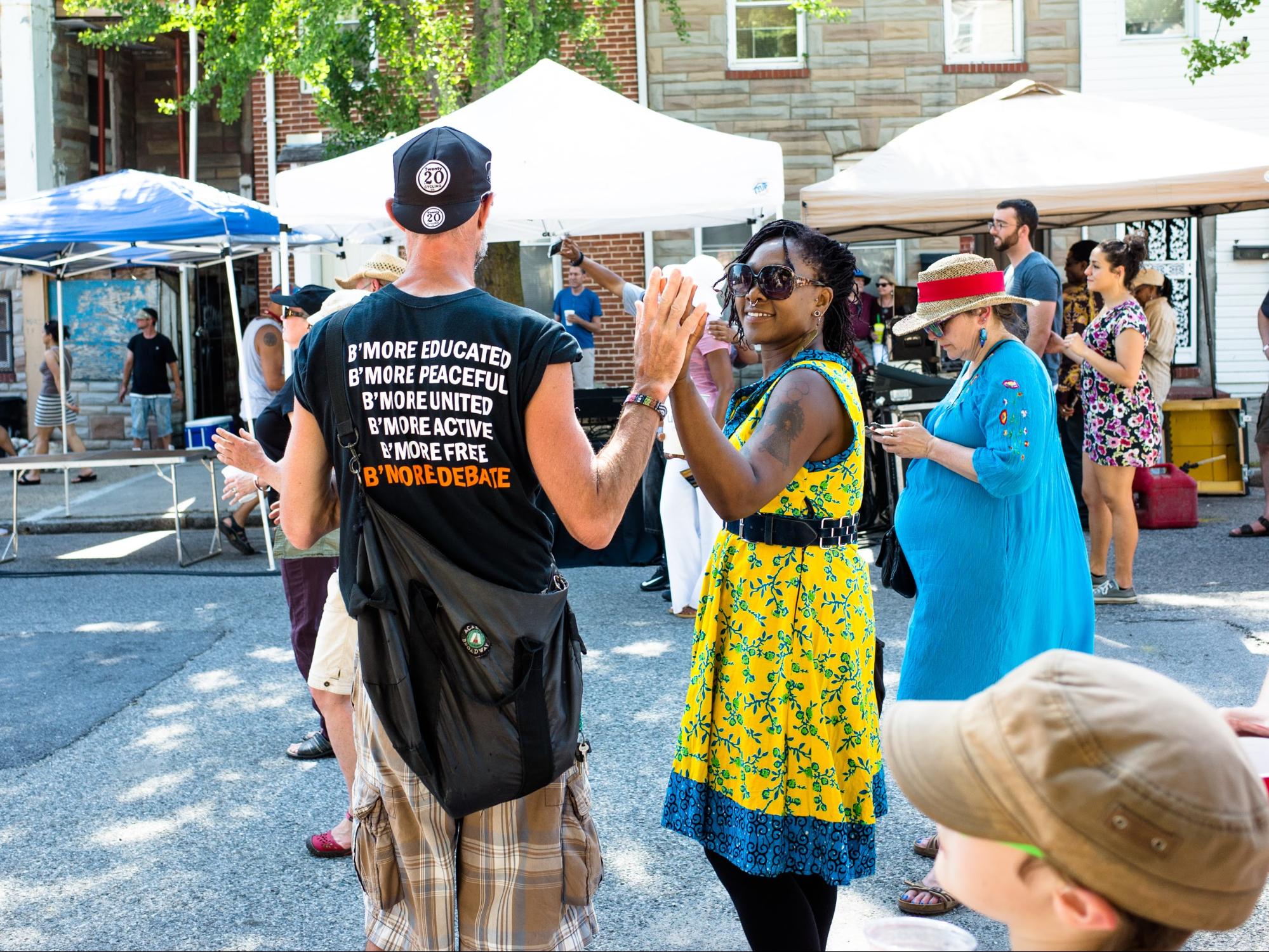