“It’s a process of getting to know people. That’s what photography is to me. It’s about paying attention, not screwing up and blowing a great opportunity.”

Paying attention has never been a problem for the man responsible for this quote, photographer Eugene Richards. A man who many consider to be one of the greatest American documentary photographers of our time. For over forty years, he has produced some of the most powerful social documents that the world had seen and continues to do so today.

A huge body of work

A look at Richards’ body of work and one is left stunned by and impressed. Stunned by the beauty and strength of his images and impressed by his dedication and with his prolific career. Born in 1944, Richards has had a simply amazing career that’s spanned over forty years. He’s had sixteen books published. His work has appeared in publications such as National Geographic, LIFE, The New Yorker and Esquire. He’s had over forty solo exhibitions and has also won a Guggenheim Fellowship and the Robert F. Kennedy Lifetime Achievement Award. He’s also written and directed several documentary films.

Eugene Richards, a former member of Magnum, hasn’t left his mark on photography with the wealth of images alone. The subject matter that Richards chose to tackle for his projects, and the often painfully beautiful way he photographed it, is what makes him a living legend. What he chose to document was uncomfortable and unsettling. He documented the hard life of sharecroppers in the Arkansas Delta with his first book, Few Comforts Or Surprises(1973) and then returned to the same area with his Kickstarter-funded book, Red Ball Of A Sun Slipping Down in 2014. In between that period, Richards documented drug use, the struggles of the mentally disabled, wounded veterans returning from the Iraqi War, the intense environment of a big city emergency room, and the aftermath of the 9/11 attack on New York City.

Richards covered other difficult subject matter as a freelance photographer as well. But the most powerful and personal work he did was the work on the book, Exploding Into Life, a narrative written with his first wife, Dorothea Lynch, about her struggle with breast cancer.

Richards took hard subjects and made them not necessarily beautiful, but demanding. Demanding of our attention. He doesn’t just do reportage, he is empathetic. Viewing his work, it is immediately noticeable that he is doing more than framing a great shot. When working with his 21mm lens, you knew that Richards was close, but he was also connected. And connected by more than the space he shared with his subjects.

I strongly recommend investigating www.eugenerichards.com if you’re not already familiar with his work. 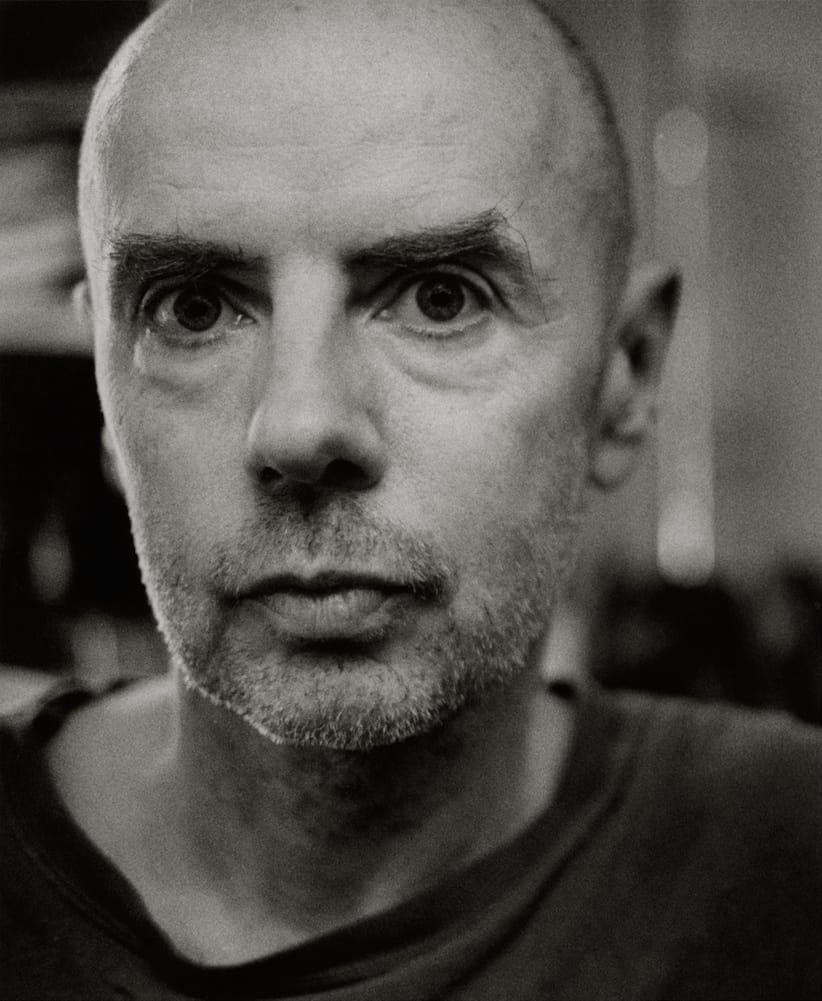 Eugene Richards was undoubtedly masterful at composing and taking extremely intimate photographs. But what I found inspiring was how he made such personal, touching images shooting with a wide angle lens.

“I can photograph someone if I can touch them,”

Richards said. A simple enough exercise to consider when shooting to convey a sense of connection, or closeness, to a subject. However it’s not that easy in practice. Like my fellow Street Hunter Spyros mentioned in his post, The Pros And Cons Of Wide Angle Lenses In Street Photography, shooting wide will

“force you to get close to your subject in order to take a photo.”

But closeness, in a physical sense, is not the only factor that will make a photograph more intimate.

Spyros also mentions that shooting with a wide angle makes the photograph more dramatic because of the amount of data that’s packed into the image. This factor, along with the physical proximity is a huge reason why Richards’ work is so strong and compelling. It’s greater than thinking that “more is better”. It’s about taking it all in. Taking it all in and making a statement with all that data. A visual statement.

Now, in street photography, I’m not usually forming the personal relationships that Eugene Richards often did with his subjects, but I can apply the use of a wide-angle lens to create photographs that have more impact. Make them more dramatic. And, make me rethink street photography a little bit.

Shooting wide-angle makes me rethink composition. Shooting at 28mm, or even at 35mm, instead of at 50mm, is a very different ballgame. If I really want to capture expression, I must get closer. But, I must also consider the impact of the subject’s environment in a different way. It’s a challenge I welcome.

Eugene Richards dedication and inspiring work has also made me think that it’s time to make my work more personal to my own self. Meaning, it’s time to consider a project. This is something I’ve shied away from because I still consider my “general-purpose” street photography as just “practice”. But, in a sense, the idea that I’m still practicing is a cop-out. Practice never stops. We will always practice when we press the shutter. It’s time to grow a little. Maybe it’s time to get closer.