Baltimore has been in the news a lot these past few weeks. But it hasn’t been good news. Stories and images of civil unrest have been front and center in not only the television broadcasts, but print and social media as well. Needless to say, it’s heartbreaking. I visit the city often, shooting there and playing there… I truly love it. So to see the destruction, chaos, anger and grief, I cannot help to feel sad because I do have a small connection to Charm City. The deeper, bigger issues of racism, abuse of authority and economic separation are ones that need addressed not only across America, but the entire world. If anything, the positive outcome of what is happening in Baltimore, will be raised awareness of these issues.

I had seriously considered going to photograph the protests that were taking place in Baltimore, but my schedule prevented it. I was there just a week prior for a Sunday stroll in the Fells Point neighborhood near the harbor. As I was walking down the pier, I noticed a tugboat coming in to the harbor. The Island Lookout was the ship’s name and it was registered in Charleston, South Carolina. I watched as it gracefully docked, the two deckhands tying the tug off. Then the door to the wheelhouse opened and the captain came out. He put his hands on the railing and looked off into the heart of the city. I quickly framed the shot and snapped. We both had no idea that only eight days later, the city we were both visiting would be nowhere as peaceful as that afternoon was.

In retrospect, the scene is a powerful reminder of how each moment we capture is to be savored, because that neighborhood, that city, or even the world, may never be the same again. Heal quickly, Baltimore. I’ll see you soon. 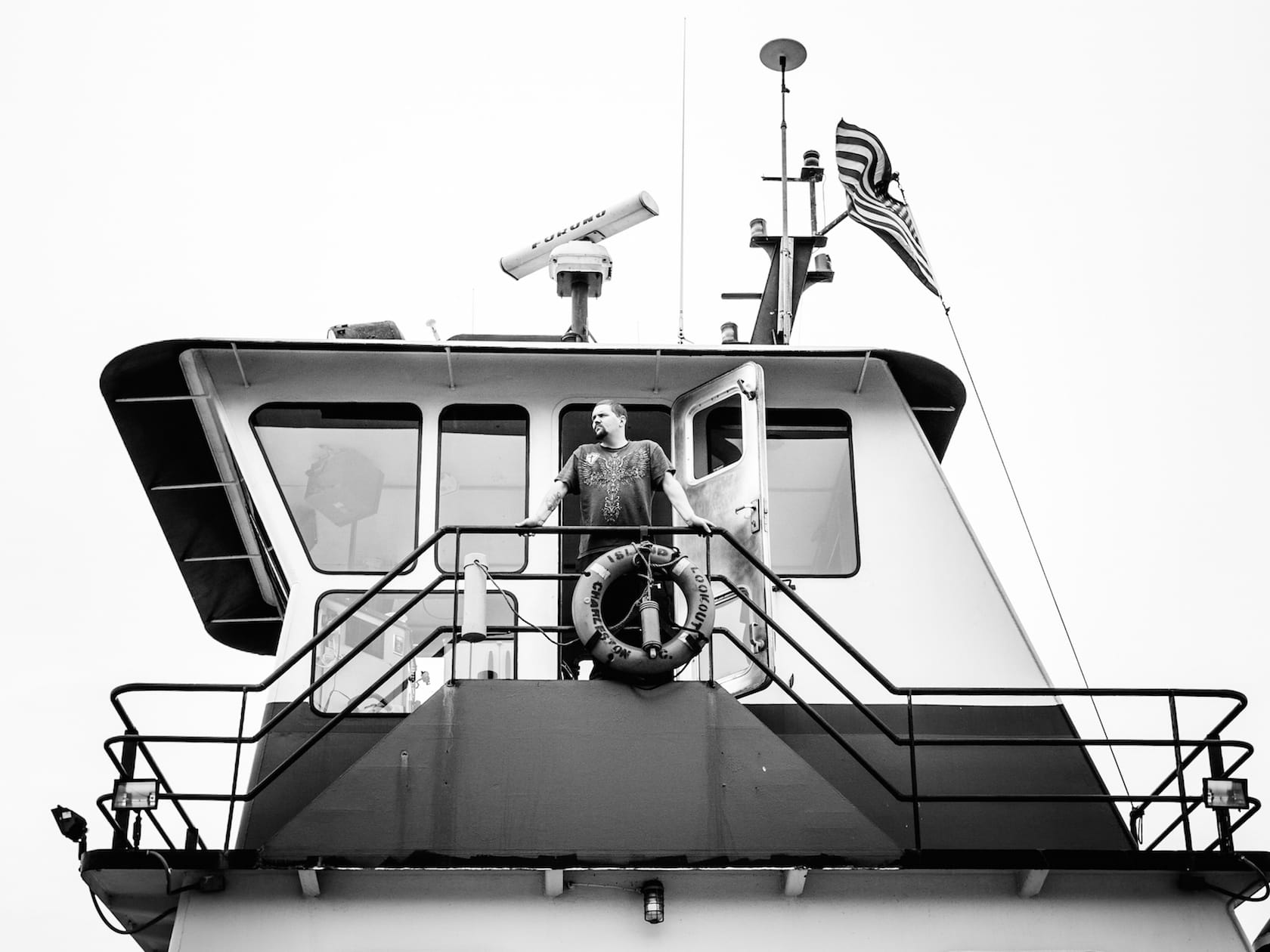