Home Masters of Photography Under The Influence of Ranghubir Singh

“Taking pictures is like panning for gold. You do it again and again, and sometimes you find a nugget.”

How true are these words from the great Indian photographer, Raghubir Singh? Think about that quote in regards to street photography and the words ring even more true. Like a prospector looking for gold, we use our wits and our technical know-how to give ourselves the best chance to get a shot. But getting that shot is like finding the nugget. It’s like gambling. We work the elements to put the odds more in our favor, but it’s still a game of chance.

Raghubir Singh (1942-1999) is one of the greatest street/documentary photographers of the twentieth century and he captured life in India with passion and mastery. Self-taught, he went on to become of India’s most published photographers, having over a dozen books published.

Singh took to photography in his early 20’s and was influenced by some of the west’s great shooters. Diane Arbus, Bill Brandt, Brassai and Robert Frank were a few of the names that Singh admired. Amazingly, he got to know Henri Cartier-Bresson early in his photographic career. At age 24, Singh met Cartier-Bresson when he was working on Beautiful Jaipur, a book about Singh’s hometown. Even though Singh was influenced by Cartier-Bresson’s documentary style at the time, and, in general, the monochromatic work of the other western greats, he till a different route. He chose to shoot in color.

”Unlike those in the West, Indians have always intuitively seen and controlled color,”

“To see India monochromatically, is to miss it altogether, “

he said in an interview with Time magazine. In answering this call, he became a pioneer of color photography. At the same time, he was able to blend in the techniques and bits of style that he had admired in his western contemporaries. Singh had carved out his photographic identity and began to make an impact of his own.

Raghubir Singh had his first book, Ganges, published in 1974. He went on to have many more books published on his native land. Focusing on different regions like Calcutta, Bombay, Kashmir, Rajasthan and Banaras, Singh provided more than travel photos. He captured the soul of these regions and of the country itself, and color was essential in that feat. Singh also had work featured in National Geographic, The New York Times and Time magazine. He’s had several exhibitions at taught at Cooper Union and the School Of Visual Arts, Columbia University. He passed away in New York at age 58.

I urge you to examine his portfolio on his website, ramghubirsingh.com. 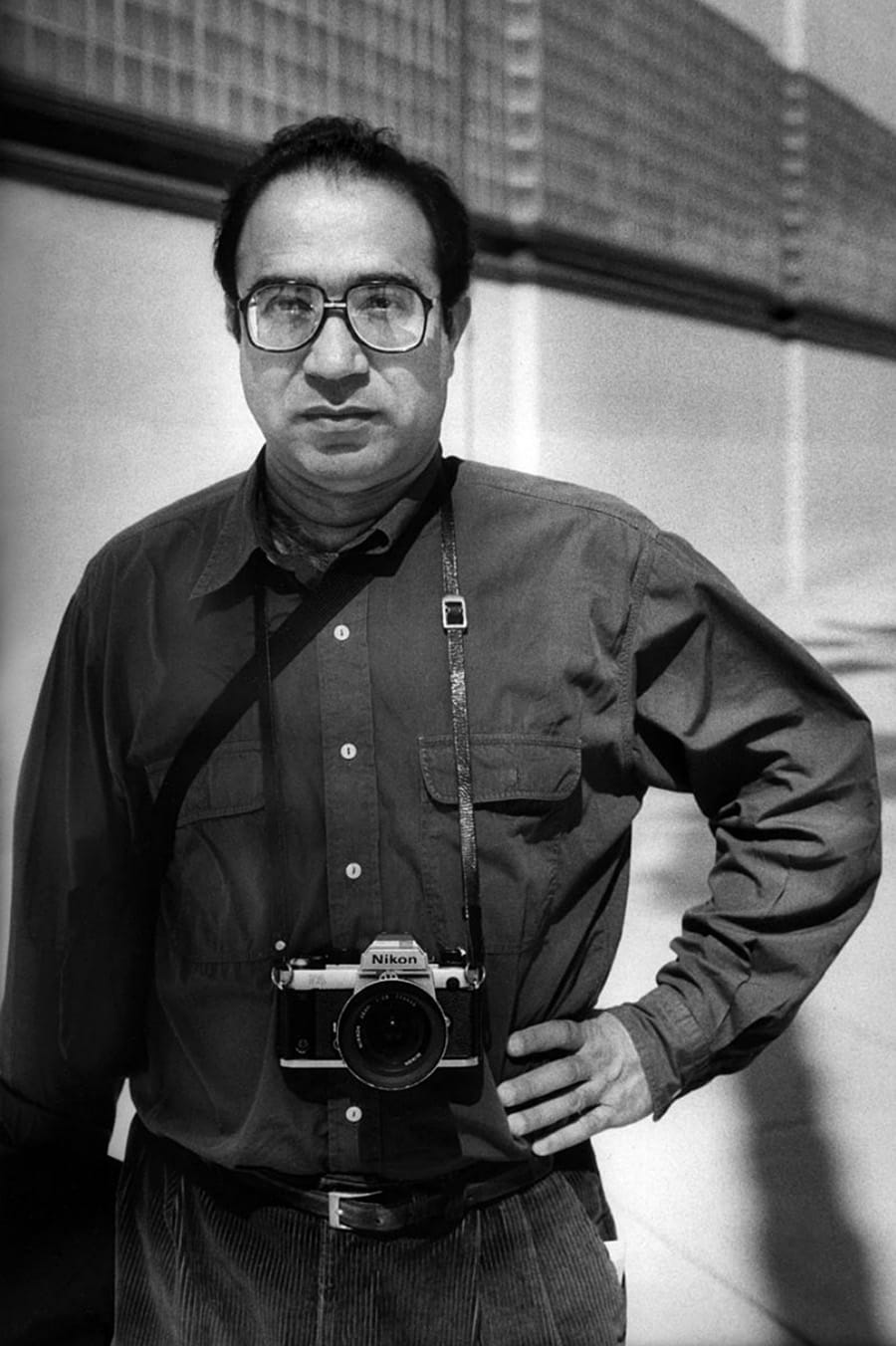 Raghubir Singh was a master of color, and, without a doubt, fewer countries could provide a greater palette than India. But the fact that he was a master colourist isn’t the sole influence. It’s how Singh let the environment make the decision for him to shoot in color. And how Singh also let his India shape his style.

Singh could have easily followed in the monochromatic steps of the great western photographers he admired, but he could not. It’s obvious that in order to stay true to himself he had to stay true to India. And that India was not black and white, it was glorious color. Singh’s work it’s proof of how strong his relationship with India was.

It goes beyond simply mono versus color. It’s about being in touch with your environment and, more importantly, yourself. When those two connections are fully made, isn’t that when a photographer produces their best work?  Color alone did not make Singh’s work great. It was but an element. It was how Singh used color within his compositions that made them magnificent. He was able to see the country how it really was because he truly knew it. And the resulting work is more than a pretty snapshot or travel photography. The pictures are India.

Other projects will come and go, but when shooting on your home turf, I think you can’t fully impose your will on your surroundings. You can’t just muscle your style into the shot. If you want to reproduce the feel of the place, there’s a flow that you can tap into. The city, the area, can carry you in that flow and guide your eye. It will help you compose the shot if you let it. That’s how you’ll capture the essence of your environment.

Every place has a story. Stories within stories. We know the the stories of our hometowns better than anyone on the outside looking in. Like Raghubir Singh and his “River Of Color”, we must find our own rivers to ride in the places we call home.