At 86 years of age, it would be quite easy for William Klein to ride off into the sunset. To rest on his laurels and let his impressive catalogue of work stand pat. Klein, as a photographer, really has nothing left to prove. He’s an icon and the creative havoc he’s wreaked on the world of photography is still felt today.

Starting with his first book, Life is Good & Good For You in New York, Klein showed total disregard for the rules of photography, but with that he created his own legend. But it wasn’t just the rebelliousness nature of his photography that  made him a legend. His work was against the grain and good. Damn good. Anyone can be a rebel, but not everyone can be good at it. But just how influential has Klein been? Look no further than the great Japanese photographer Daido Moriyama, who has cited Klein as one of his biggest influences. That’s a pretty big feather in the cap… legend begets legend. Rebel begets rebel.

Surely this octogenarian could be satisfied with what he’s accomplished in photography and let history do it’s work, holding his work and name in high regard for the years to come?

Brooklyn + Klein(Contrasto, 2014) comes some sixty years after the release of Life is Good & Good For You in New York, and, just as the title implies, it is Klein on the loose in Brooklyn. But Klein isn’t traveling alone. This time he has a partner. Sony.

The work in Brooklyn + Klein is commissioned by Sony for its Global Imaging Ambassadors program. And apparently as part of the deal, Klein shoots all of the work with a Sony digital camera. Thankfully, the book is free of any corporate logos or advertisement. The only mention of the arrangement is on the copyright page. This business arrangement may turn off the street and film purists, but to not give Brooklyn + Klein a chance would be a crime. A master is still a master, no matter what camera he uses. Klein has signed on to do five projects over five years with Sony, each from a different city. 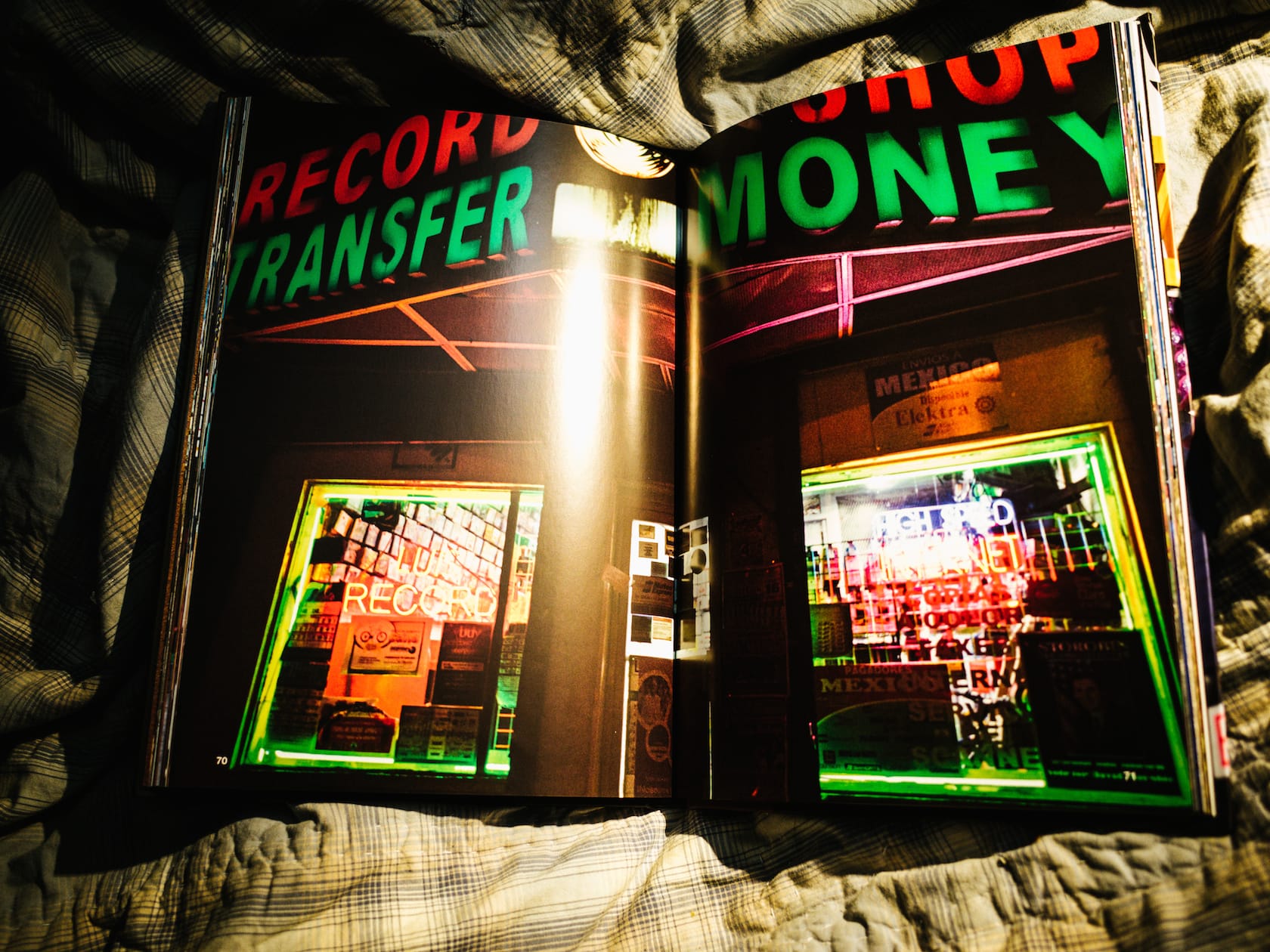 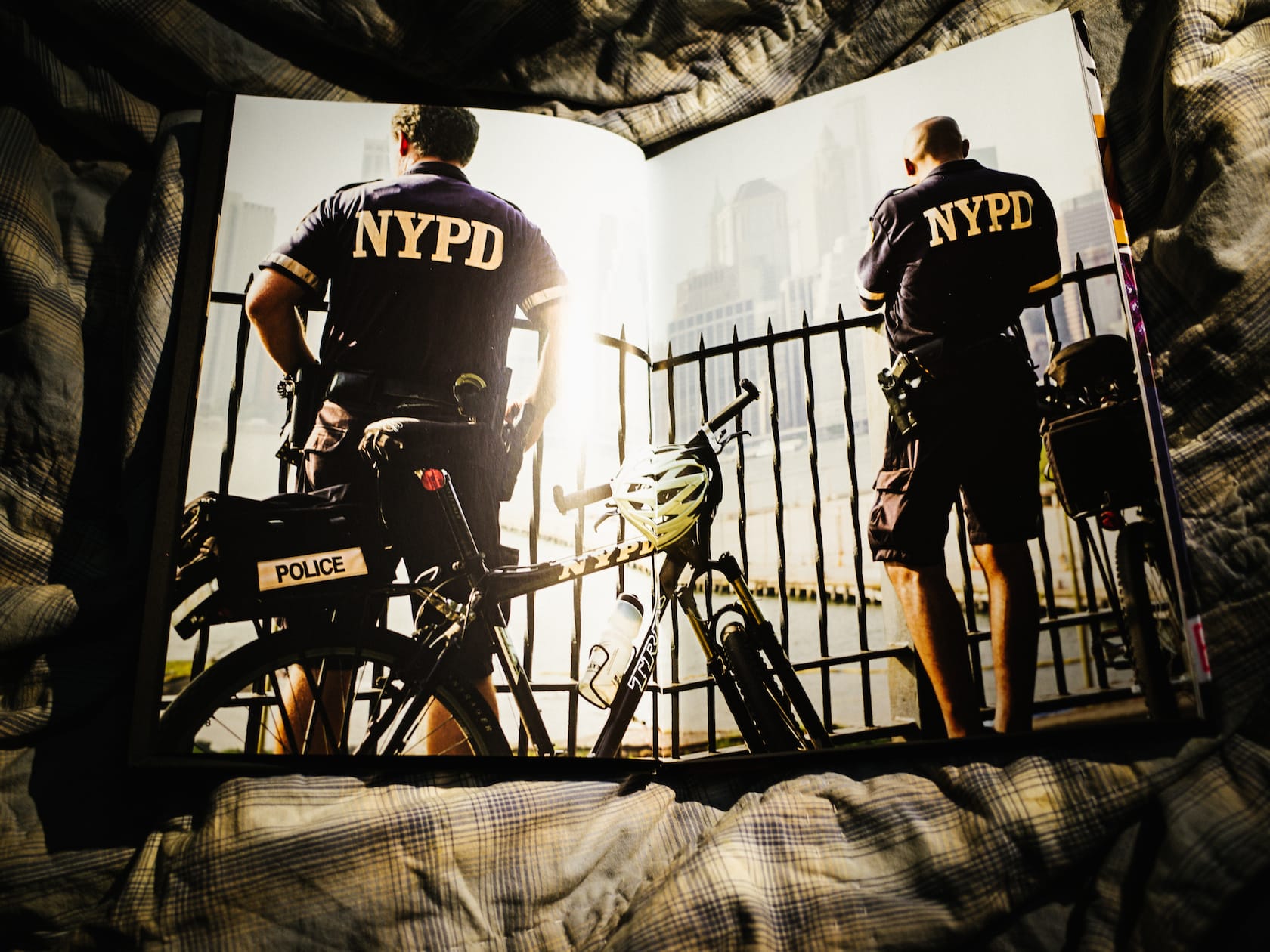 The fifty-plus, all color images in this book don’t mark a trip down memory lane, however. Klein almost writes a love letter about Brooklyn with this collection. The bulk of the photos are wide and spread edge-to-edge across two pages. The vibrancy and layout gives the reader a feel of discovery or perhaps, re-discovery. Klein’s work here carries a less angry and abrasive tone as his earlier work. It almost feels affectionate. The front cover, with it’s black background gives the reader no hint to the explosion that waits inside.

Many of the images come from festivals or celebrations, which surely help give the work it’s feel-good nature. It’s undoubtedly a summer book and Klein works the color in his compositions to crank up that feel to the max. The colors pop off the slick, thick pages with authority. The images show that Klein is comfortable shooting digital and he takes full advantage of the sharpness that can be obtained from the medium. There’s only a few instances where Klein serves up his famous motion blur. 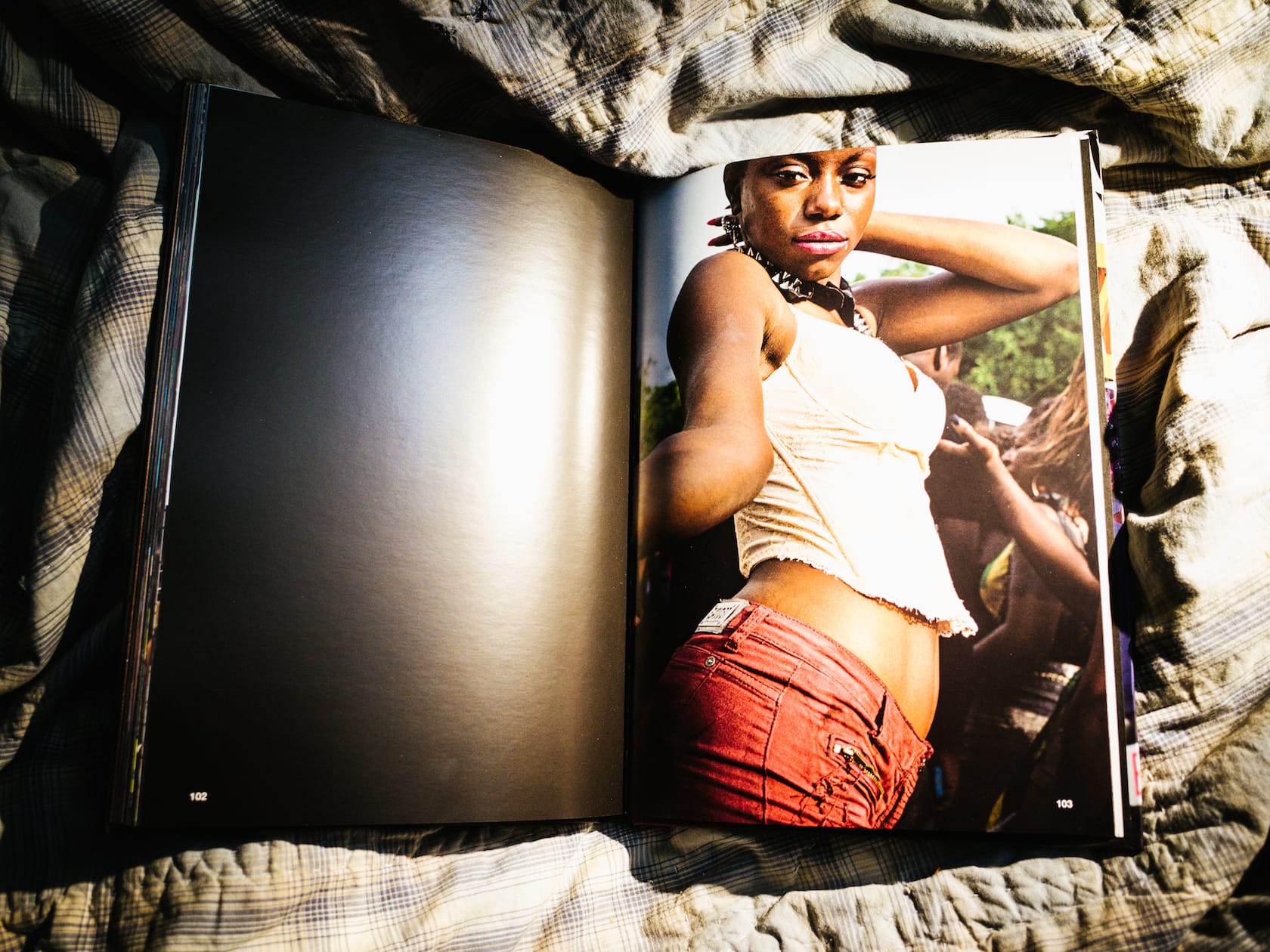 More than anything, Klein celebrates the cultural diversity found in Brooklyn. Sensual shots from a Jamaican Day parade follow a group of shots from a Hasidic wedding and a series from Coney Island. A group shot of a crew of young tattooers on a shop stoop immediately precedes a shot of elderly tenants relaxing on the sidewalk. Klein takes this ball and runs with it through the book, although the grouping seems out of sync in a few spots. It’s not just a celebration of Brooklyn, it’s testimony to that the melting pot has a lot of ingredients swimming around inside. 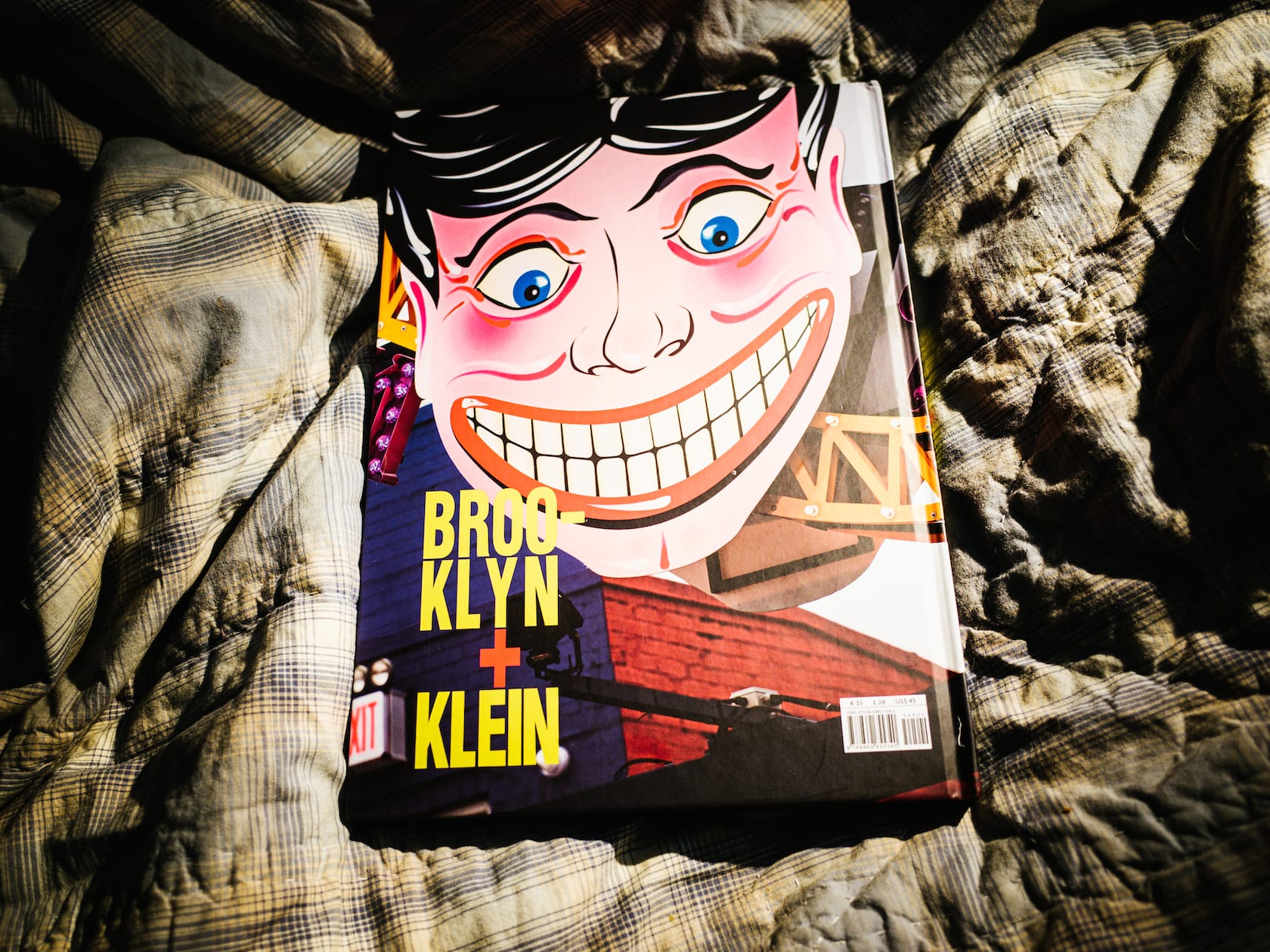