Home Weekly Street Hunters pic A smoke in the park

This is a photograph that has been shot with a Yashica Electro 35 CC with Kodak T-MAX 100 film, in Rethymno, Crete, Greece.

I don’t remember when exactly I made this photograph, but it was a summer and it must have been sometime after 19:00 judging by the height of the sun. What I do remember though is how thrilled I was to be using Kodak T-MAX 100 film in my little Yashica Electro 35 CC. It was the same period of time that the Yashica was the only camera I shot.

I was in the Rethymno gardens. The Rethymno Gardens are simply designed. They are square and they have 2 main paths intersecting. One starts from the West gate and ends to the East gate and the other starts at the North gate and ends at the South gate. There are other smaller paths that are diagonal to those main paths but are less used by the people that enjoy sitting here to relax. So the main 2 paths are the ones that are usually of the most interest.

I remember walking in to this scene while heading home after a couple of hours of shooting. This was one of the last frames on my roll of 36. I saw this guys smoking, huffing and puffing from the centre of the gardens, where the 2 main paths meet. I was hoping that by the time I reached him he would still be there and also that nobody else would walk into my scene and ruin it for me. Lucky for me, everything worked out the way I wanted it to. Technically, I really didn’t know what kind of photograph I was  making because I had never shot T-MAX 100 before with this camera and I had never developed T-MAX 100 either. So I was hoping for a nice contrasty shot. Lucky for me the shot turned out much better than I had anticipated. I was incredibly pleased with the result. I still am as a matter of fact. The majority of my frames from that roll came out looking sharp and contrasty. It was a good roll. 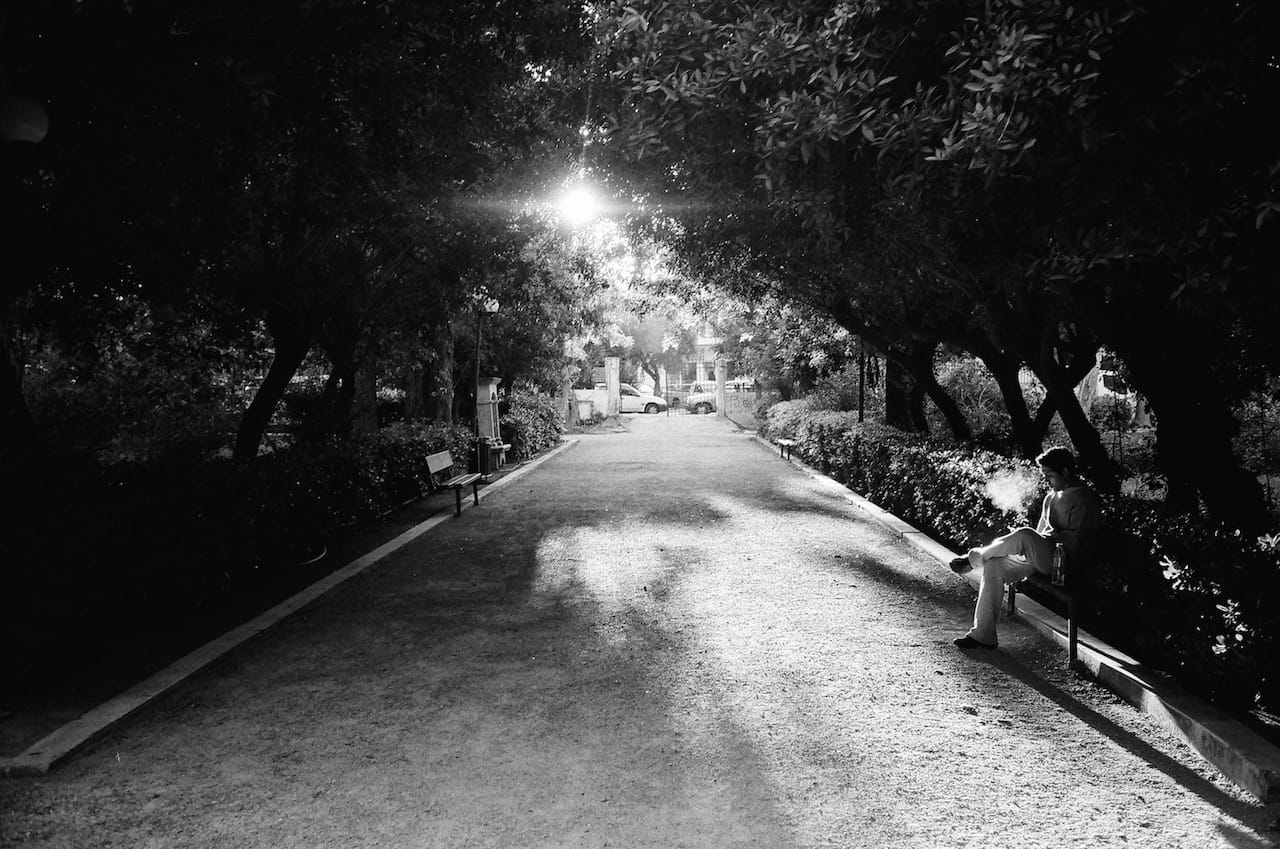