This is a photograph that has been shot with a Sony NEX-6 with a 20mm SEL20F28 prime lens (equivalent to 30mm), in Athens, Greece.

I remember making this photograph like yesterday! I was shooting the video for Street Hunt #9 in Athens and I was on Patision Avenue, when I spotted this older man that reminded me of Stan Lee the Marvel Comic book writer. It might be just me, but for some reason I thought to myself, “Hey he is just like Stan Lee, I must photograph him”. So I approached him and shot him from the angle of the sun, exposing for the highlights to make the shadows go really dark. The result was pleasing to me.

The funny thing about shooting a photograph with something in mind, is that either consciously or subconsciously we actually make that photograph look like what we imagine. This is something that I learned through watching my Street Hunt videos over and over again. For example, if you visit the YouTube video where I made the shot, you will notice that this little old man, doesn’t really look like Stan Lee. He is just a little old man. But, I saw him as Stan Lee and thus photographed him in such a way that when I looked at him in the future, would remind me of the vision I had of him. I hope this is making sense. If I didn’t have the video to look at and remember the scene and to have a more realistic look at my subject, my mind would just remember this as the photo shows it to me.

Ok, I get that some of you, if not most, must be thinking “But he doesn’t look like Stan Lee anyway!”. I get that, sure. But as I said before, our minds work either consciously or subconsciously to create an image, they guide our hands and our camera. I find it interesting that I can revisit the times I made some of my photos through my Street Hunt videos and learn more about myself as a Photographer. 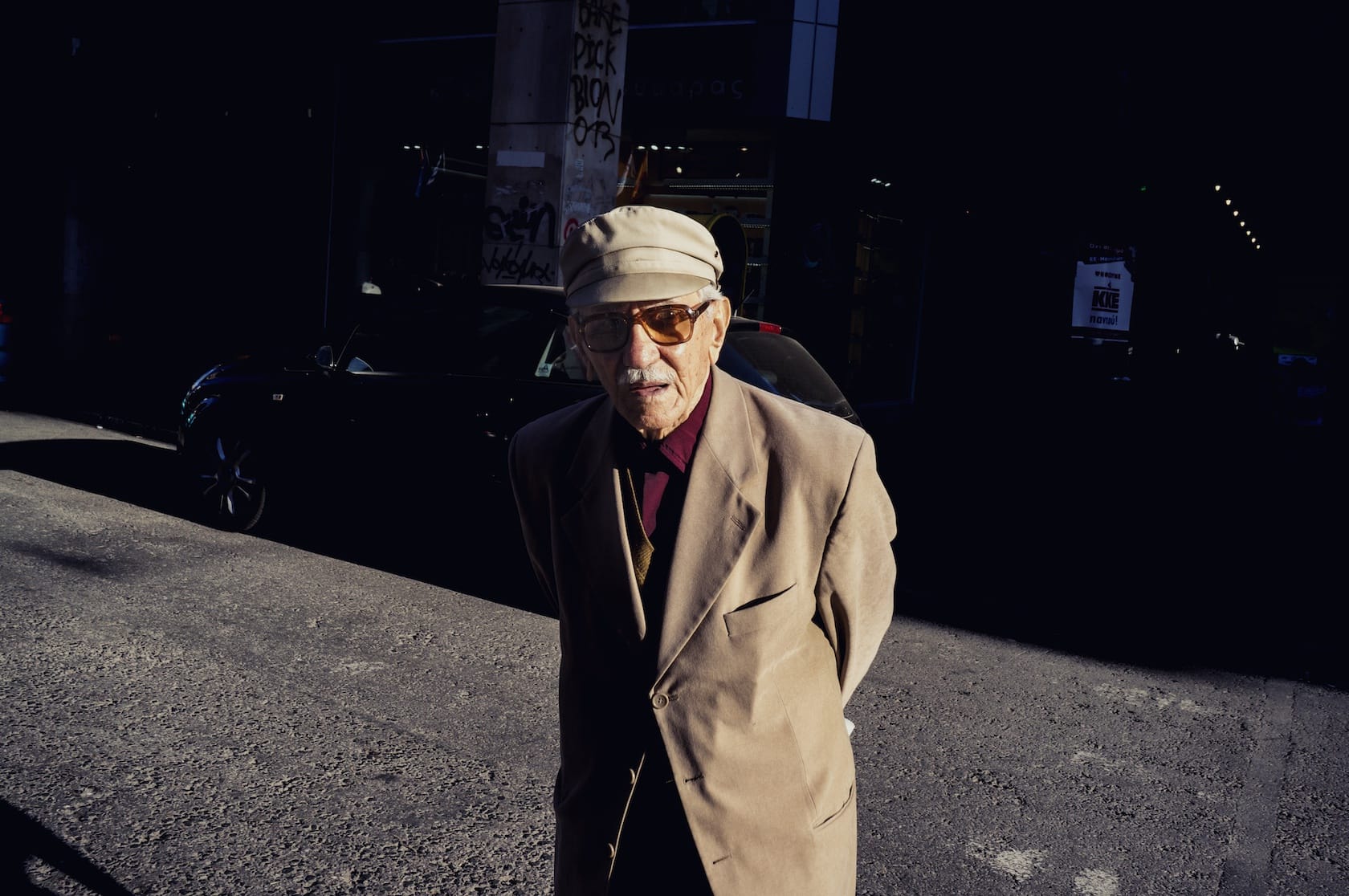