“The world, for me, is just raw material for an image.”

Those words are from Constantine Manos, legendary Magnum photographer. And as simple as those words may seem, they are what street photography is all about.

As street photographers, the whole world is our mine in which we work. Tapping into veins that give us the components to make up a great image. People and the surroundings in which we play out our lives. Even down to the minutiae. To the finest detail. The raw materials are out there, waiting to be seen. And seeing is a big, if not the biggest, part in becoming a great photographer. Constantine Manos is a master of seeing.

“The flow of people in a setting, their changing relationships to each other and their environment, and their constantly changing expressions and movements — all combine to create dynamic situations which provide the photographer with limitless choices of when to push the button. By choosing a precise intersection between subject and time, he may transform the ordinary into the extraordinary and the real into the surreal.”

Manos, born in 1934, has essentially been a professional photographer since the age of 15, when he covered stories for the local newspaper in South Carolina. At age 18, he began doing what was, basically, social documentary. He shot a photographic essay of a young boy’s life on Daufuskie Island, a small island off the South Carolina coast inhabited by descendants of plantation slaves. Then, while a student at the University of South Carolina, and writing the first anti-segregation editorials for the school’s newspaper, he photographed the Ku Klux Klan.

While looking at his history, it’s easy to see that Manos became an unstoppable force while in college. At 19, he was photographing the Boston Symphony. He then joined the U.S. Army and was a staff photographer for the Stars And Stripes newspaper for two years. He then moved to New York and did assignment work for the magazines Esquire, Life, Look, Sports Illustrated and others. In 1961, his first book, A Portrait Of A Symphony, was published.

Manos became a member of Magnum on 1963, while living in Greece. During his three years living there, he shot the images that would become the material for his book, A Greek Portfolio. The book, published in 1972, won Manos awards and the images were featured in exhibitions in Paris and Chicago. All the while, Manos’ documentary work was in magnificent monochrome. His way of seeing helped him capture sharp, pure and breathtaking bits of human life. Constantine Manos can easily trigger feelings ranging from sadness and sympathy to joy with his photographs, a mark of a great documenter.

In 1995, Manos’ book American Color was published and it showed the world that he had become an even bigger force to be reckoned with. He had shed his skin. Not only did he work in color, but his style had changed. It showed a shift towards the outer edge of documentary and danced closer with the surreal. Flirting with shadows, chopping off heads… It marked the evolution of an already great photographer into an even greater one. One that wasn’t afraid to take chances and push his skills even further.

Manos’ work in American Color earned him the Leica Medal Of Excellence in 2003. His photographs are in the permanent collections of several museums, including the Museum Of Modern Art in New York. He is a legend still working and teaching today. 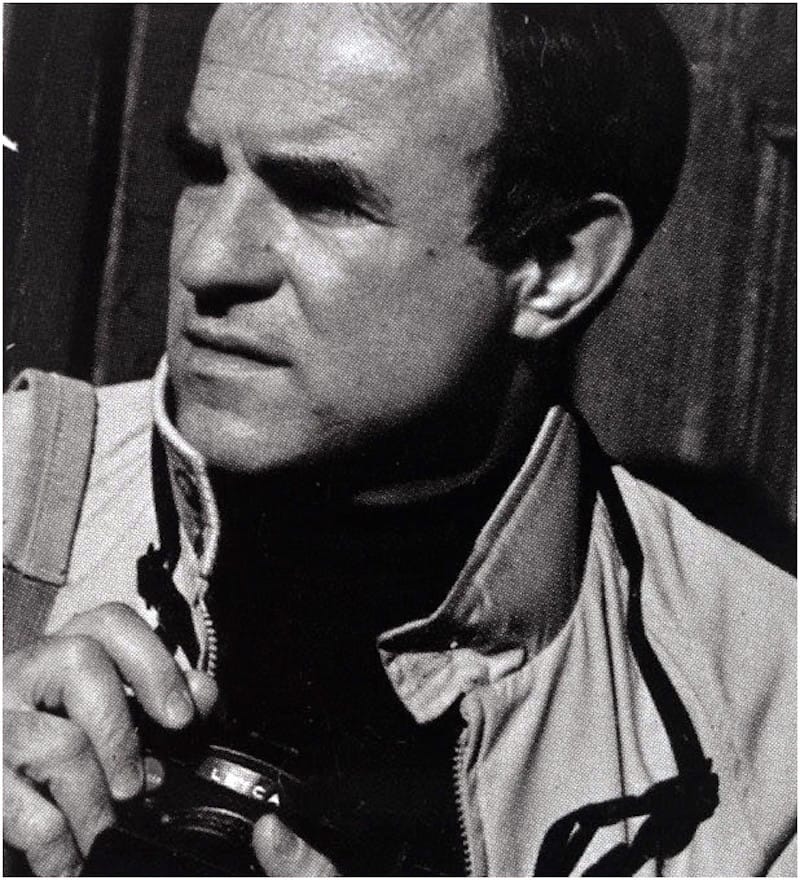 For a moment, look beyond the fact that Constantine Manos is a fantastic photographer. What’s also incredible about Manos is his evolving skill.

Looking back through Manos’ work, his evolving skills as a photographer are obvious and amazing.

Manos came into photography like a freight train, and his outstanding documentary style became his trademark. It got him a college scholarship. It got him work in magazines. And, it eventually earned him membership in the prestigious Magnum collective.

He could have stuck with that style. It was his calling card. It was mastery in monochrome. But he didn’t. He changed. He evolved.

Manos pushed himself and his work not only moved away from documentary and more towards the surreal, but he made the choice to work in color. This was a huge leap. Not only did this display courage, it also provides proof of Manos’ evolving skills.

In street photography, perhaps more so than in any other genre of photography, the opportunity to evolve is great. The supply of “raw material” is endless. The subjects, the situations, always changing. These things are street photography’s gifts to us, and they’re never the same. And I firmly believe, as street photographers, we need to take these materials and use them as fuel in our our own evolutionary process.