Home Weekly Street Hunters pic About to light up

This is a photograph that has been shot with a Sony NEX-6 with a 35mm SEL35F18 prime lens, in Athens, Greece.

About a year ago, I was in Athens shooting Street Hunt No4. I had already walked all over Athens for more than 5 hours (About 10km) and I was heading back to “base” when I spotted this gentleman. I was feeling quite good with myself because the video had turned out ok and I had had a great time shooting it. At the time of this encounter, my tongue was hanging out from exhaustion and the Sony NEX-6 felt a bit heavier than normal in my hand. But there was no way to resist taking the photo of the man that was getting ready to light up. His hat, the way his cigarette was just hanging from his mouth, his spectacles and his expression most of all are what drew my attention and made me get closer.

So, without a second thought I approached him, holding my camera to my hip and with the tilting LCD screen turned up towards me. When eye contact was made I snapped one smooth shot. The Sony NEX-6 can’t be considered a loud camera, but it has a shutter sound that can be heard if the streets are quite enough. The man noticed and seemed perplexed. Instinctively I spoke to him in English and smiled, playing the “tourist” card and he seemed to accepted me and smiled back nodding consent. I turned around and as I was leaving I could hear a tsik-tsik-tsik sound from behind me as the man was trying to get his lighter to work.

I didn’t take any more photos that day. It was time to check out the Street Hunt No4 raw footage on my MacBook. 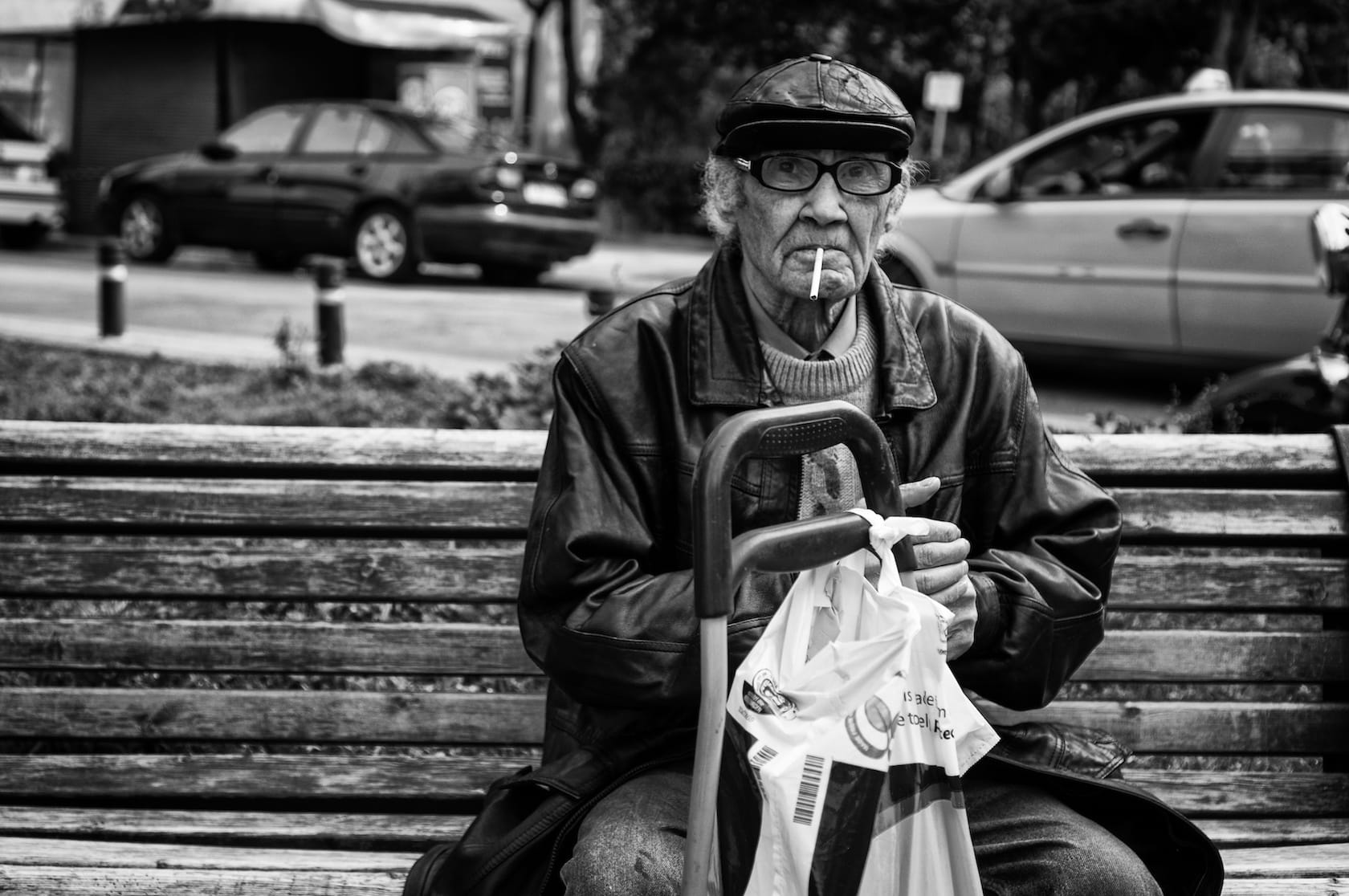