Home Masters of Photography Under The Influence of William Klein 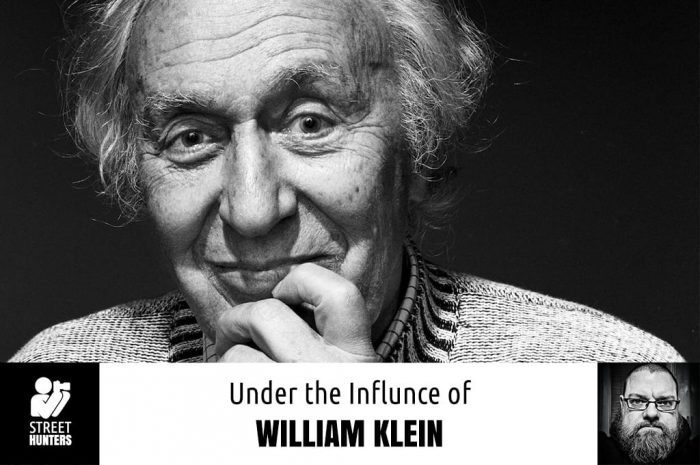 William Klein(born, 1928), has been as prolific as he’s been varied. Klein was not only a groundbreaking photographer, but a painter and film maker as well. Here, I’ll focus on his photography.

Klein, born in New York, pursued his artistic interests in France after being discharged from the US Army. He studied at the Sorbonne, interested in painting and sculpture. He went on to study with the famous Fernand Leger. Klein leaned toward abstract work and had a few exhibitors going into the early 1950s. He soon then became interested in photography.

With no training, Klein dove into photography. Alexander Liberman, art director for Vogue magazine, liked Klein’s creative style and posted him a job as fashion photographer. Klein preferred shooting in the street, rather than in the studio in which he had no training. He also chose to use telephoto and wide angle lenses. But Klein truly made an impact work with his book, “New York, New York”.

“I didn’t relate to European photography. It was too poetic and anecdotal for me…. The kinetic quality of New York, the kids, dirt, madness. I tried to find a photographic style that would come close to it. So I would be grainy and contrasted and black. I’d crop, blur, play with the negatives. I didn’t see clean technique being right for New York. I could imagine my pictures lying in the gutter like the New York Daily News,”

“I was a make-believe ethnographer: treating New Yorkers like an explorer would treat Zulus… searching for the rawest snapshot, the zero degree of photography.”

However, Klein’s style was met with resistance. Initially, he could not find a publisher for “New York, New York” in America. The grit… his use of blur, wider angle, high contrast and natural lighting was met with resistance. He interacted with subjects and got close. It was different from what the European masters were producing. Ironically, Klein found a publisher in France and an amazing career was born. Klein won the prestigious Prix Nadar award for “New York, New York”. Klein was indeed blazing a trail.

William Klein went on to produce photo books on Rome, Moscow and Tokyo. In addition to being a painter and film maker, Klein was also a fashion photographer. He is still active to this day.

This is an easy one. Simply, his attitude.

Klein had been quoted on this often, expressing gems like this, “I have always done the opposite of what I was trained to do… Having little technical background, I became a photographer. Adopting a machine, I do my utmost to make it malfunction. For me, to make a photograph is to make an anti-photograph.”

The attitude practically drips from this quote, just like it does from many of his images. It’s the attitude of a maverick. Of someone who has little regard for the rules. And this is something that I, and perhaps you, can apply to our approach.

In street photography, I firmly believe that one can only get satisfaction by shooting to please themselves first. But often, I’ve paid too much attention to the rules when trying to get to that satisfaction, working within the constraints, the guidelines that are gospel inside the street photography community.

But who’s to say these are the rules we have to follow? Who’s the appointed street photography king that says this is the way it had to be? That’s right, there is none. And there’s no set of rules you have to follow.

Klein’s approach is very admirable in this respect. His attitude was at the core of his becoming an icon, a legend. But allow me to clarify… just breaking the rules and thumbing your nose at what’s tried and true does not facilitate greatness. The attitude is more than that. It’s freedom.

It’s freedom to follow your vision. To pursue your passion in the way you want to, without giving a damn about what’s said to be the “rules”.

Klein’s attitude embraces what street photography is all about. It celebrates the outlaw nature of this thing we do. It promotes freedom within the genre. And when we embrace that attitude, we take a huge stride in truly shooting for ourselves.