Fellow street hunter Spyros Papaspyropoulos and I have been very busy recently shooting loads of street photos. It’s currently the height of the Greek carnival season in our town of Rethymno, which means the place is a real hive of activity. Thursday 12th February was the Greek celebration of Tsiknopempti (Τσικνοπέμπτη), which literally translates as Smokey Grilled Meat Thursday! Greeks traditionally all head out on this night and eat loads of meat, in preparation for the coming fasting of lent before the Easter celebrations (98% of Greece’s 10.7m population is classed as Greek Orthodox). Spyros and I shot lots of interesting photos from that night which we’ll be sharing very soon, but I wanted my first weekly pic to commemorate an even more surreal event that happened on the Saturday following  ‘Smokey Meat Thursday’.

On this cold and rainy Saturday morning Spyros and I were once again on a street hunt and we happened upon a gathering of people at the taxi rank near the town’s municipal gardens. It seems the town’s taxi drivers had decided to hold their own impromptu Smokey Thursday grill-out on a Saturday! The event was attracting some really interesting characters, including the spectacularly mustachioed fellow you can see in this shot. Everyone was incredibly friendly and amenable to being photographed.

This shot was a little difficult to achieve, as I had to shoot one-handed – Greek hospitality is such that we were given both grilled food and some locally produced wine to enjoy! As a result I dialed my ISO right up to give me a very fast shutter speed (I often shoot Aperture Priority for street) to account for the fact I was balancing a DSLR and a heavy wide angle zoom lens in one hand. I used 35mm for this photo, which is one of my favourite focal lengths – I love how it is able to capture so much of the scene whilst also forcing me to get nice and close to my subject as I find that being in amongst the ‘action’ really lends power to a photo. I aimed for layers of faces in this shot, using the striking guy with the moustache as my focal point whilst also including other people too. I was particularly pleased that the leprechaun statue (part of the carnival decorations) was present in the shot as it added an extra element of colour and surreality to the scene. The whole event was totally extraordinary and fantastic, and was one of those moments when I was thankful that being a photographer had opened doors for me. 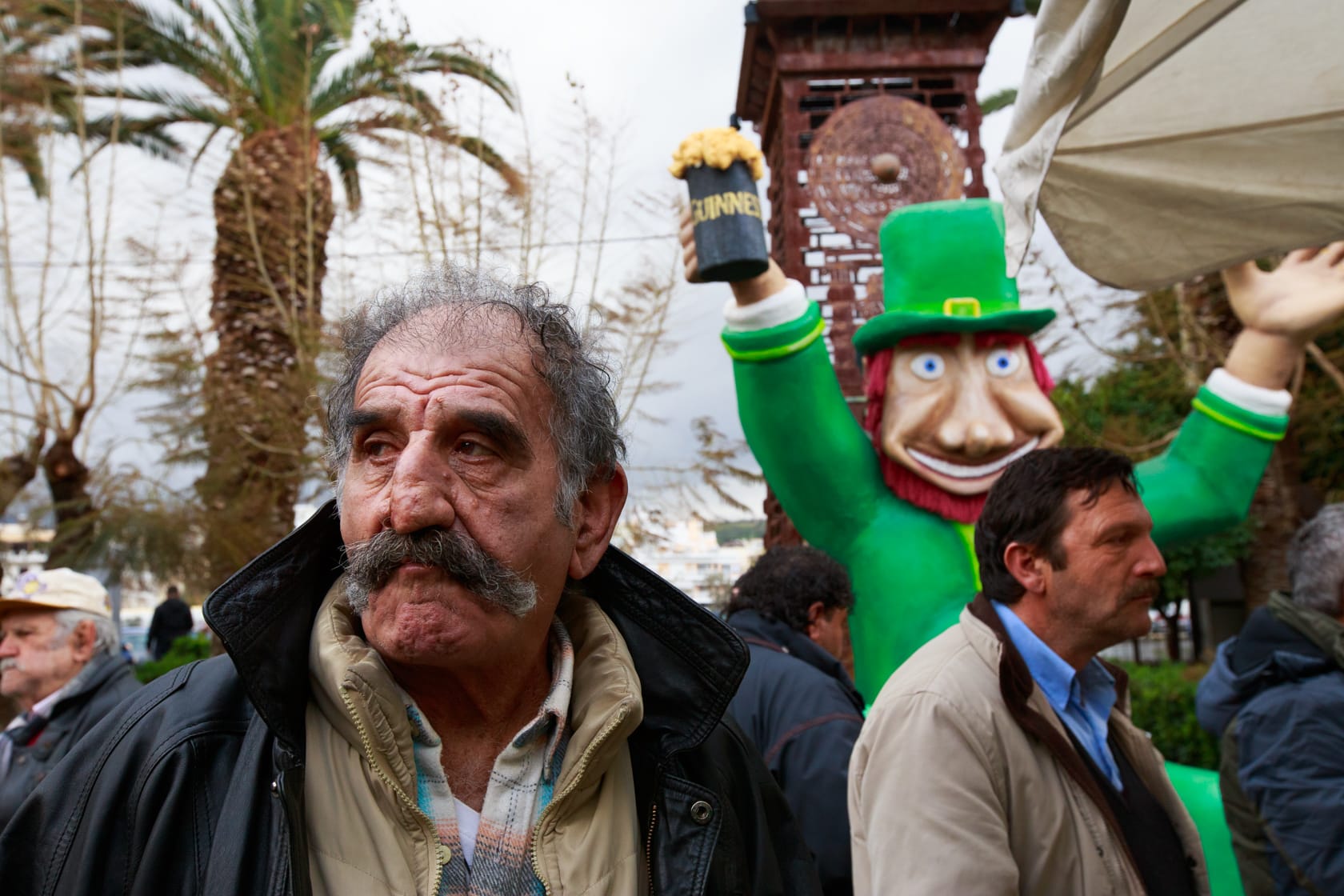